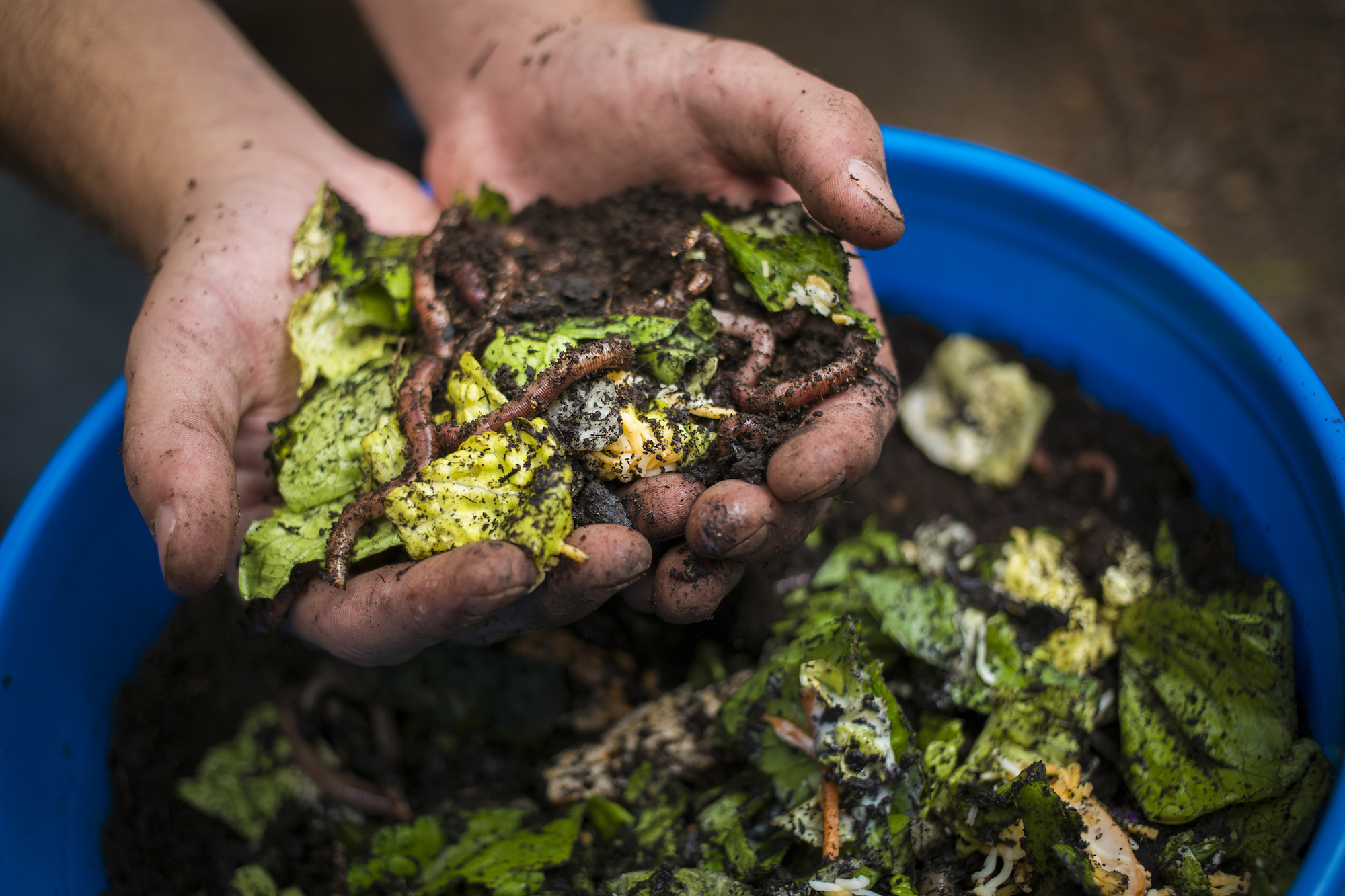 Despite the growing number of community composting systems in Paris, many city dwellers find themselves far from an urban garden or apartment courtyard equipped with composting facilities to welcome their green waste. In response to an absence of composting options, industrious and eco-minded Parisians have taken it upon themselves to find ways to compost at home.

Parisian apartments are not known for their extensive floor plans or outdoor spaces – I’ve never had a kitchen that I couldn’t cross in two long strides and was lucky enough to have a balcony in two out of my seven apartments in the city – but where there’s a will there’s a way, and it turns out that city composting is possible even in the smallest of urban apartments. 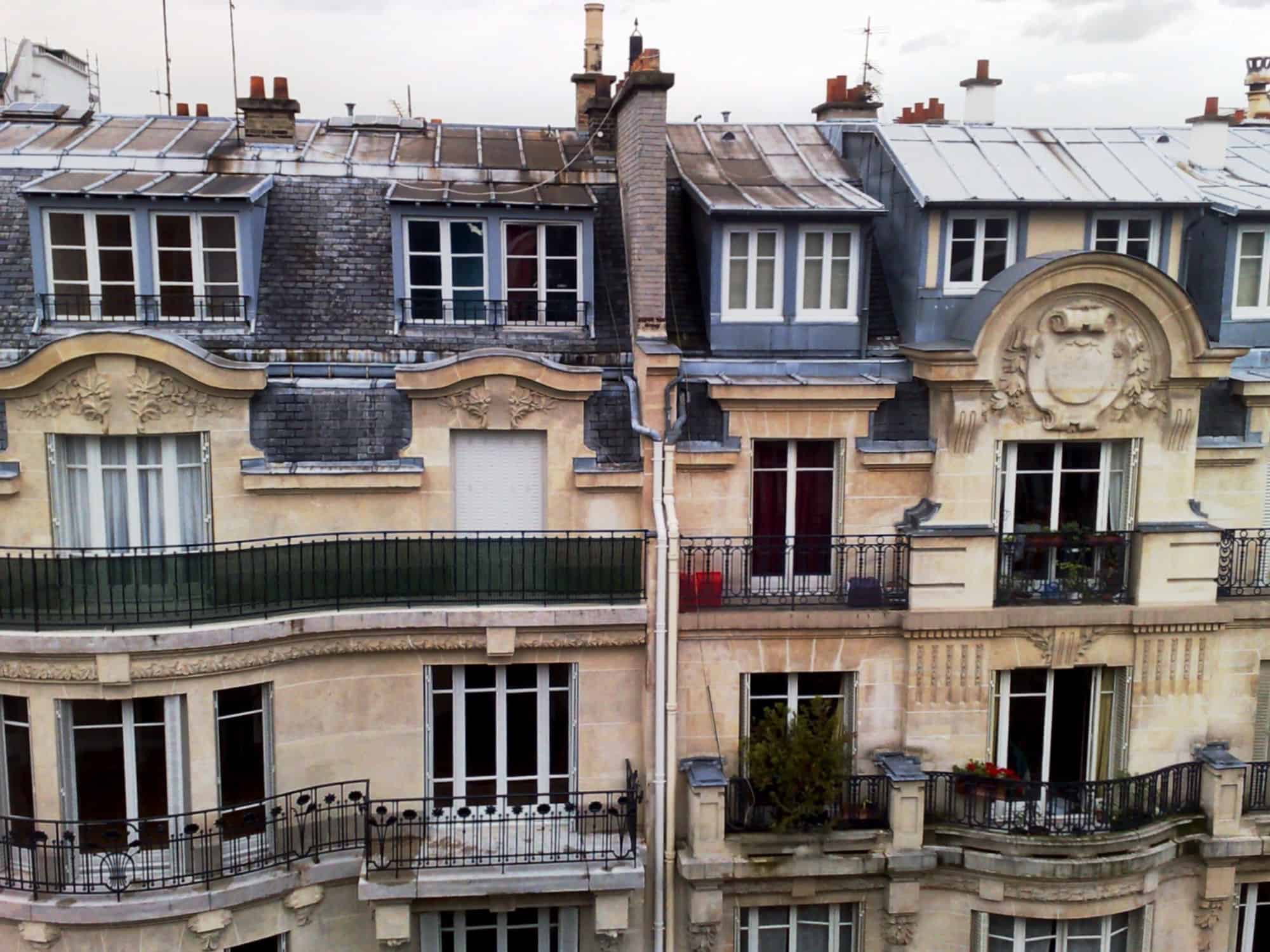 Alain Ollier started composting in Paris in 2010, because he and his wife, Haven in Paris owner Erica Berman, couldn’t bare to throw their food scraps away. At first, the couple brought their compost to the 18th arrondissement community garden Les Jardins du Ruisseau. Alain said the experience participating in community composting was rewarding and solved the food scrap problem, “the fact that [the food scraps] could be useful somewhere by someone made us very happy.” 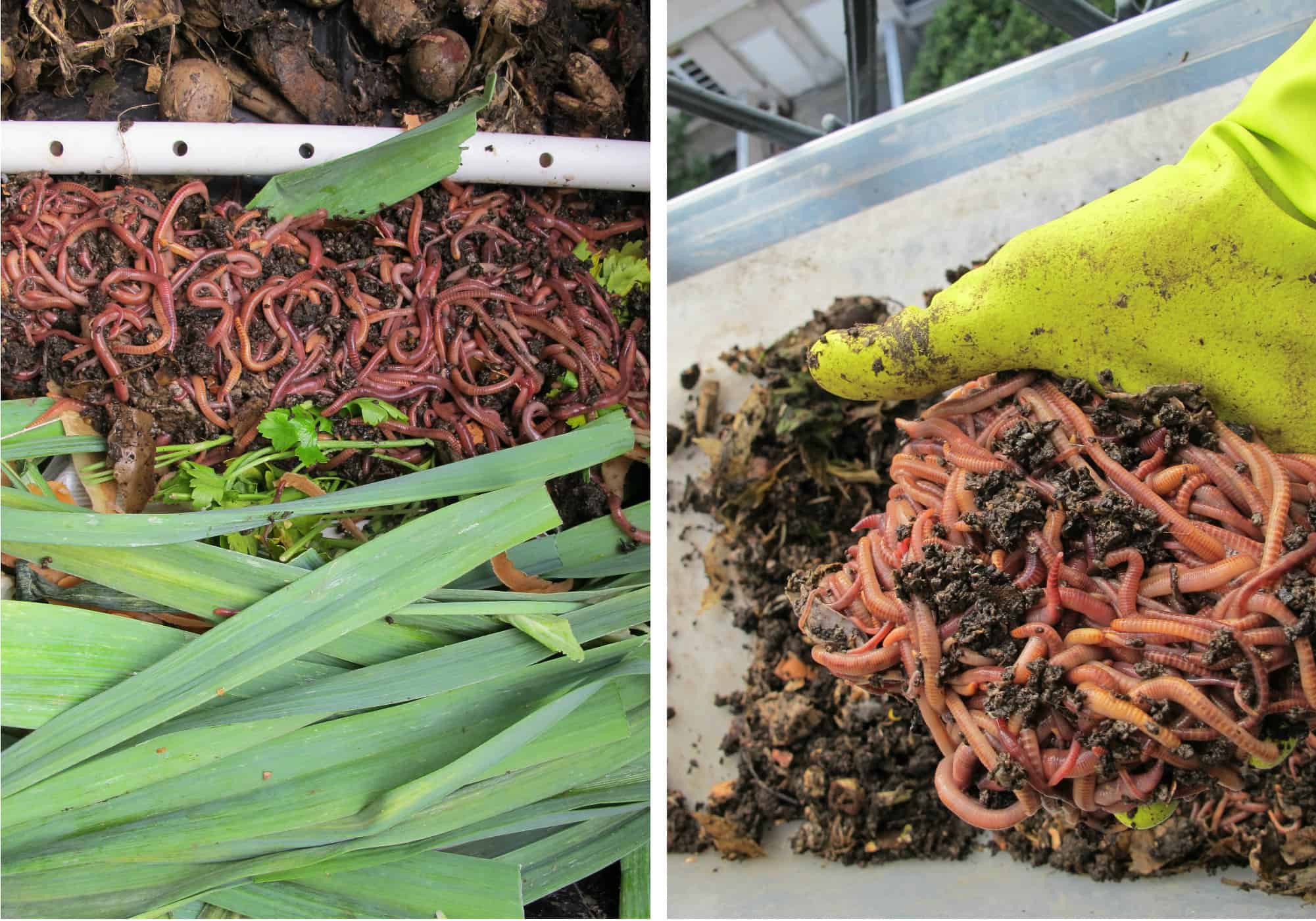 But after awhile the back-and-forth from their apartment, which was on the other side of the 18th arrondissement, and the garden proved complicated. “The logistics became a bit time consuming,” Alain explained, and so they decided to try composting at home. Alain built a Worm Café on their balcony, which consisted of a multi-layered bucket system in which worms work to transform food waste into mineral- and nutrient-rich soil.

The system worked so well that Alain and Erica had enough of the robust compost and “worm juice” (the natural by-product of worm casings combining with clean water) to give away, even after they used it to pot and water their balcony plants. 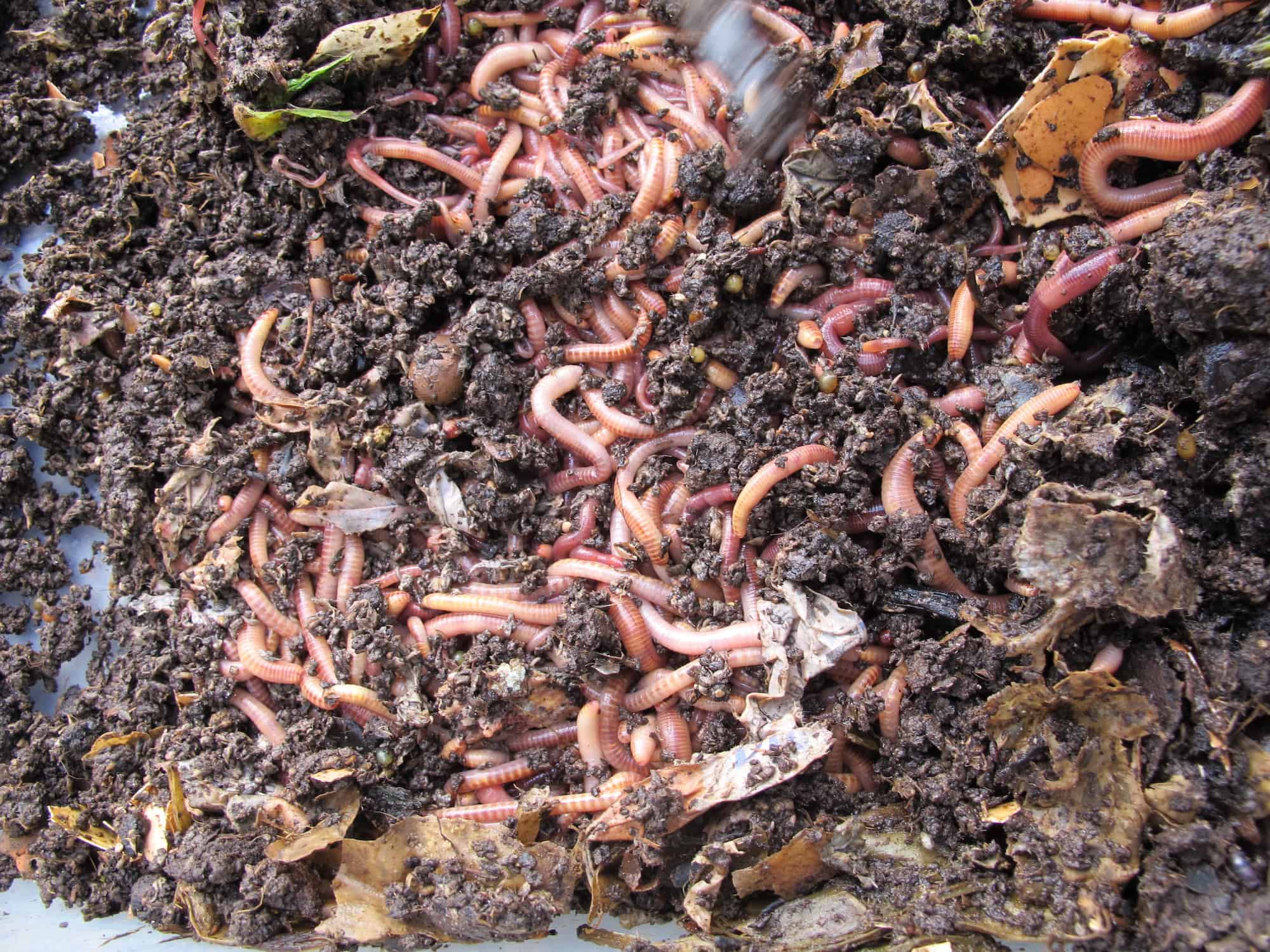 Even though Erica and Alain now live in Maine, Alain has fond memories of composting in Paris. The most rewarding part? Alain says it was the fact that this “very humble action allowed [him] to visualize the completion of the full circle and to measure its universal beneficial impact.”

Anna Brones, who writes about composting on her blog Foodie Underground, had been composting for as long as she can remember. “There was always a compost bucket in my life,” she explains, adding that she used to dig worms out of the compost pile, put them in an empty yogurt container and tell her mom she was “babysitting” them. But she wasn’t sure how she’d handle composting in Paris until she met and moved in with her now-husband Luc Revel. 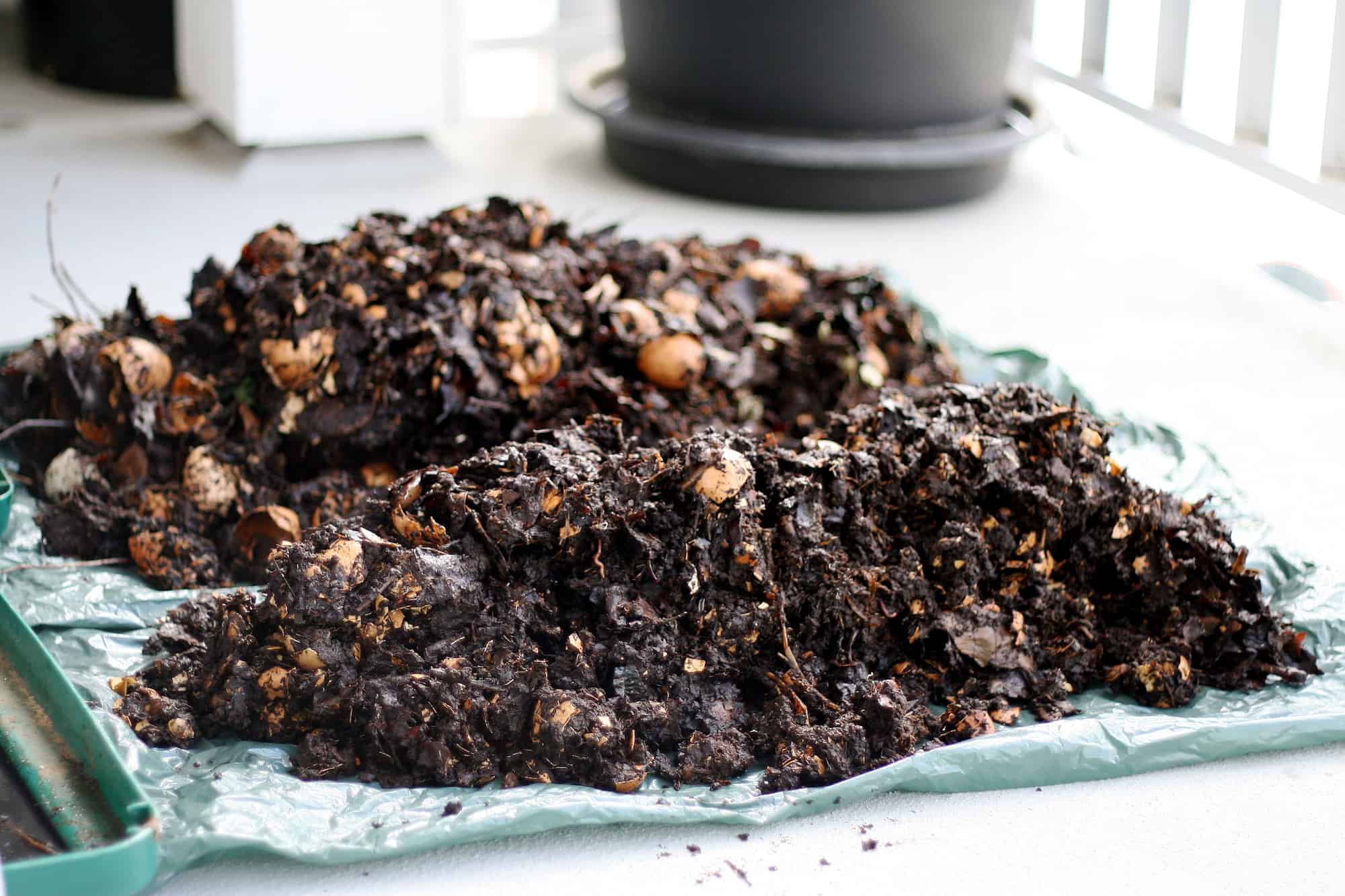 Luc had been composting in Paris since 2011, using a DIY composter made from upcycled styrofoam seafood containers. “I just couldn’t bring myself to keep throwing perfectly good organic matter into the normal rubbish bin. Especially when you know that in Paris it will be incinerated,” Luc told me.

Without a balcony, the couple had no other option but to set up the composter in their 30m2 apartment or, more specifically, in their 8m2 kitchen. While the compost did attract the odd fruit fly in warmer months, the two happily used their homemade compost to nourish their windowsill garden of herbs and baby kale.

While there are logistics to work out when composting in your apartment – such as finding space, figuring out the balance between wet (food scraps) and dry (paper, egg cartons, etc.) in your compost pile, and locating a destination for any leftover compost – the experience can be beneficial and rewarding, to both you and your plants.

To those who hesitate to compost, thinking it is messy or may produce unwelcome odors, Anna explains, “composting is pretty much the most natural thing we can do. It completes the full cycle… if you have a pot you grow basil in, you eat the basil, you compost the stems, you put the compost back in the pot. What’s gross about that? Nothing!” 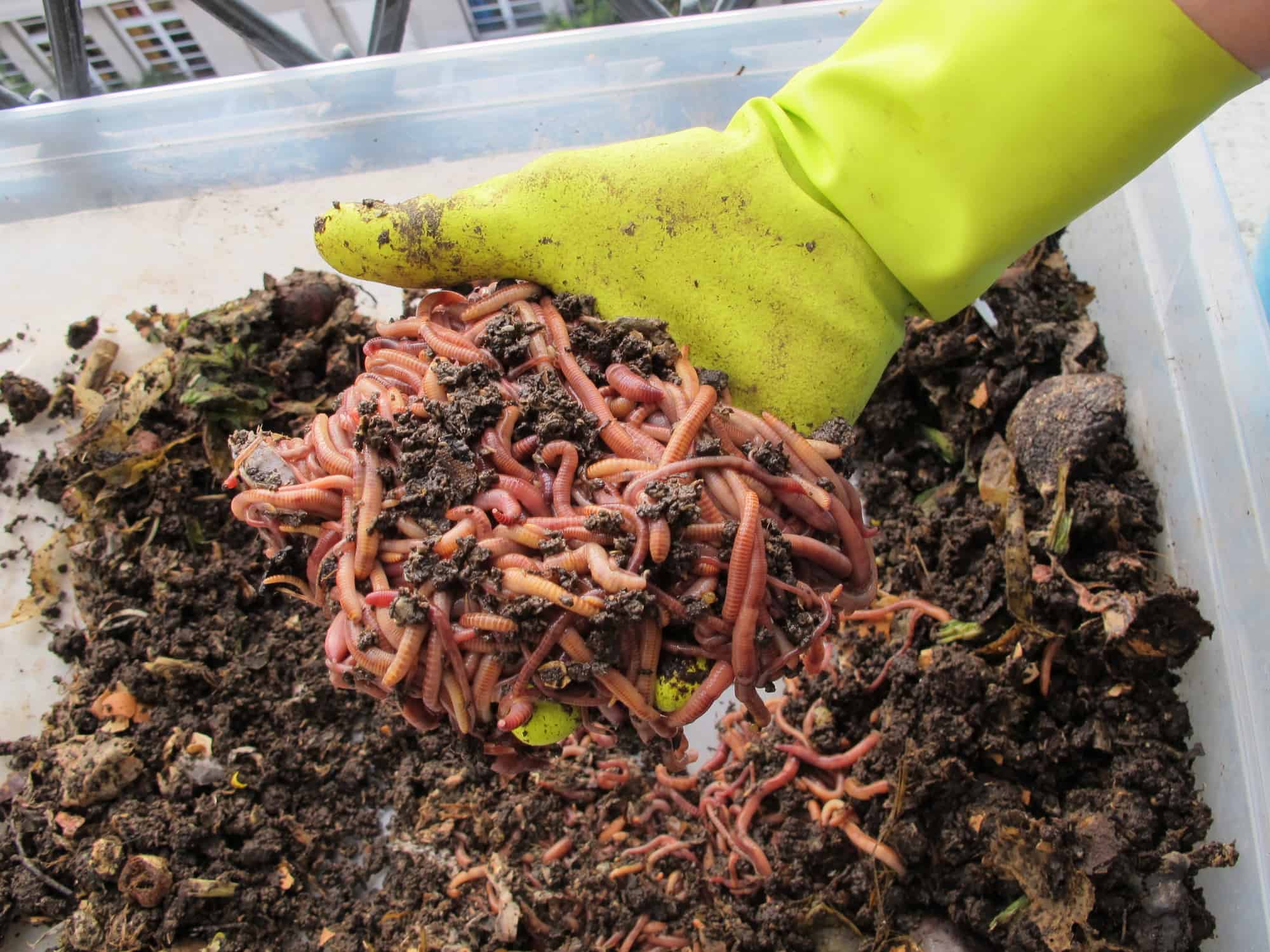 One comment on “Composting in Paris II: Kitchen Compost Buckets & Worms on the Balcony”

The dedication and energy these people put into their gardens, their pleasant pastimes and generally the work they do when they are not working is impressive.
I am much too lazy for all of this. A few flower pots are enough and I don’t have to obsess over my worms lol

I remember when I was little, finding a worm and telling my daddy that I was going fishing. When he told me what I had to do with the worm, I cried and cried so I do like the idea of all those happy worms in Paris 🙂