Yvonne’s Parisian kitty saga continues. In order to be allowed to take home the two selected kitties she must lie in French. Enjoy! -Erica

I didn’t want cats when we got to Paris, (you can read about that here), but my husband, Sam, and the last remaining kid at home, Caleb, talked me into it. I was tired of fur and destroyed furniture and paw prints on the kitchen counter, but in a moment of weakness, I caved. Sam and Caleb called me from the cat adoption agency. Between them they didn’t speak enough French to satisfy the cat adoption people, so they needed my high-school-level French services. I got all A’s in French class in high school, but as I was about to learn, it didn’t prepare me for the real world. 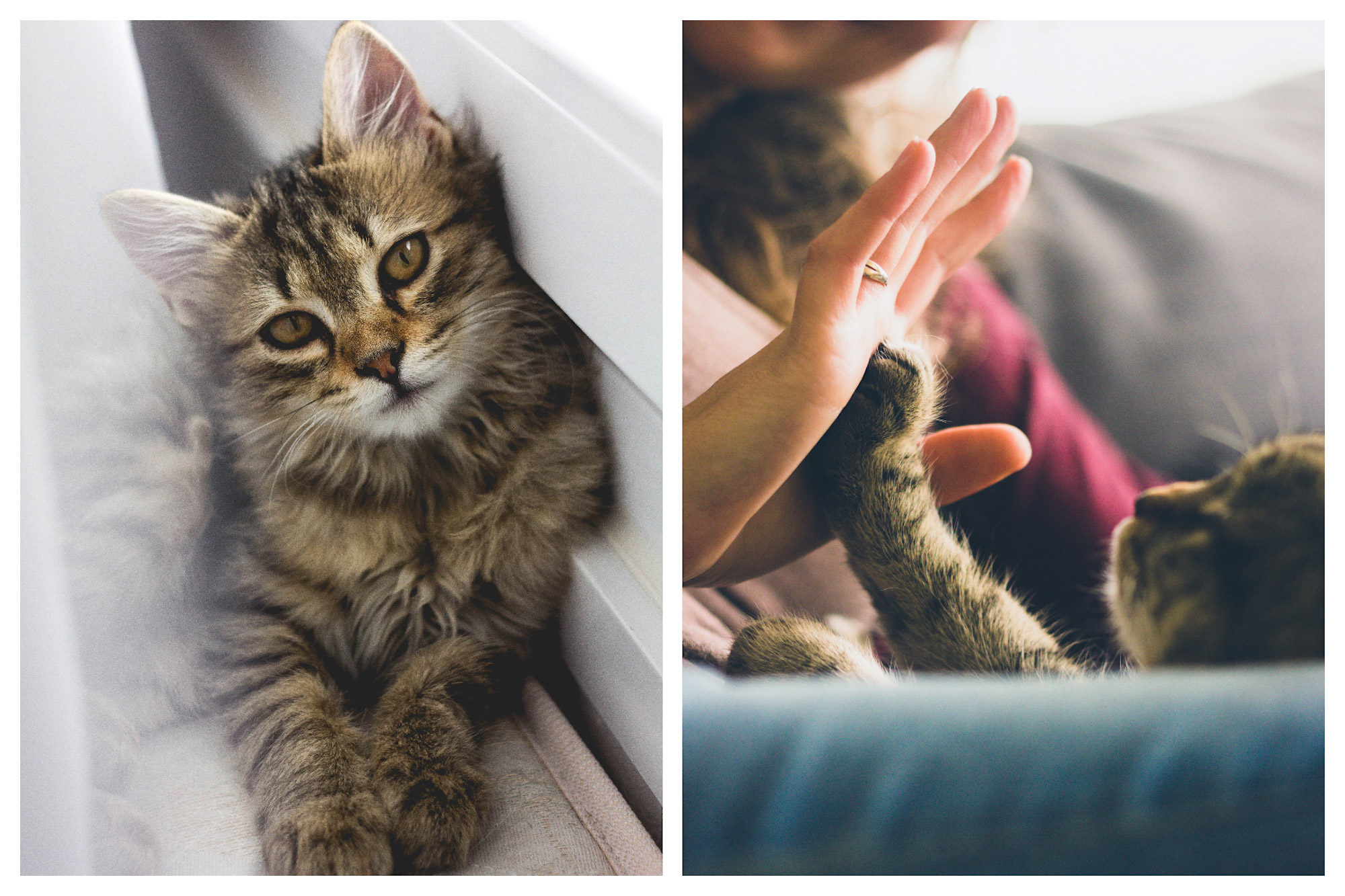 I grumbled all the way on the metro. The adoption agency was a dirty, smelly hole in the wall in Belleville with cages full of kittens. The air was full of fur and urine smells, but the kittens seemed healthy enough. The guy in charge looked like he’d been living with the cats for some time now, and distrusted anybody who might want to take one of his cats away. I’ll call him Cat Man.

Cat Man had his assistant distribute some kittens among us to see who bonded with whom. Sam immediately fell for the fluffiest kitten in the room, but then he saw my hell-no eyes, so he put Fluffy back and he and Caleb focused on a cage full of skinny short-haired kittens with big eyes.

Cat Man began quizzing me, and Caleb’s hopeful brown eyes and Sam’s silent visual encouragement urged me on. Here we go, in French. I’ll translate the conversation from French to English and replace the French vocabulary I didn’t understand with blah blah.

Cat Man: Do you have experience with cats?

Me: But of course, we have always have the cats. We love the cats. (My grammar was sadly lacking, but I threw myself into it.) 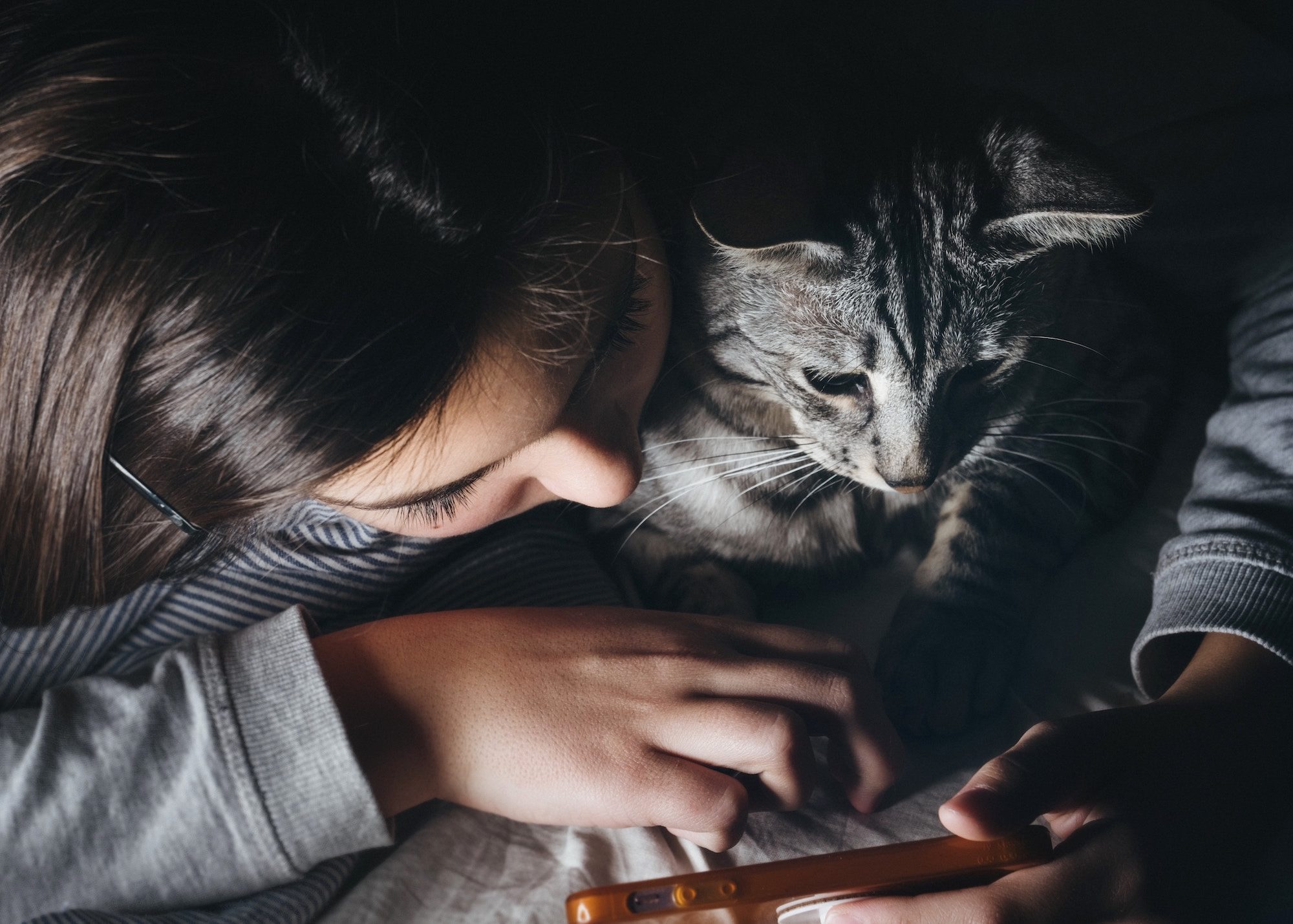 Me: But yes, we are very good with the cats.

Cat Man: Will the cats ever blah blah outdoors?

Me: No, we live in the city and they stay in our apartment.

(What kind of stupid cats are they breeding in France? I’ve never had a cat fall out the window, even from a New York twelfth-floor screenless window. This guy worries way too much. Still, I was getting more comfortable lying, so I went for it.) 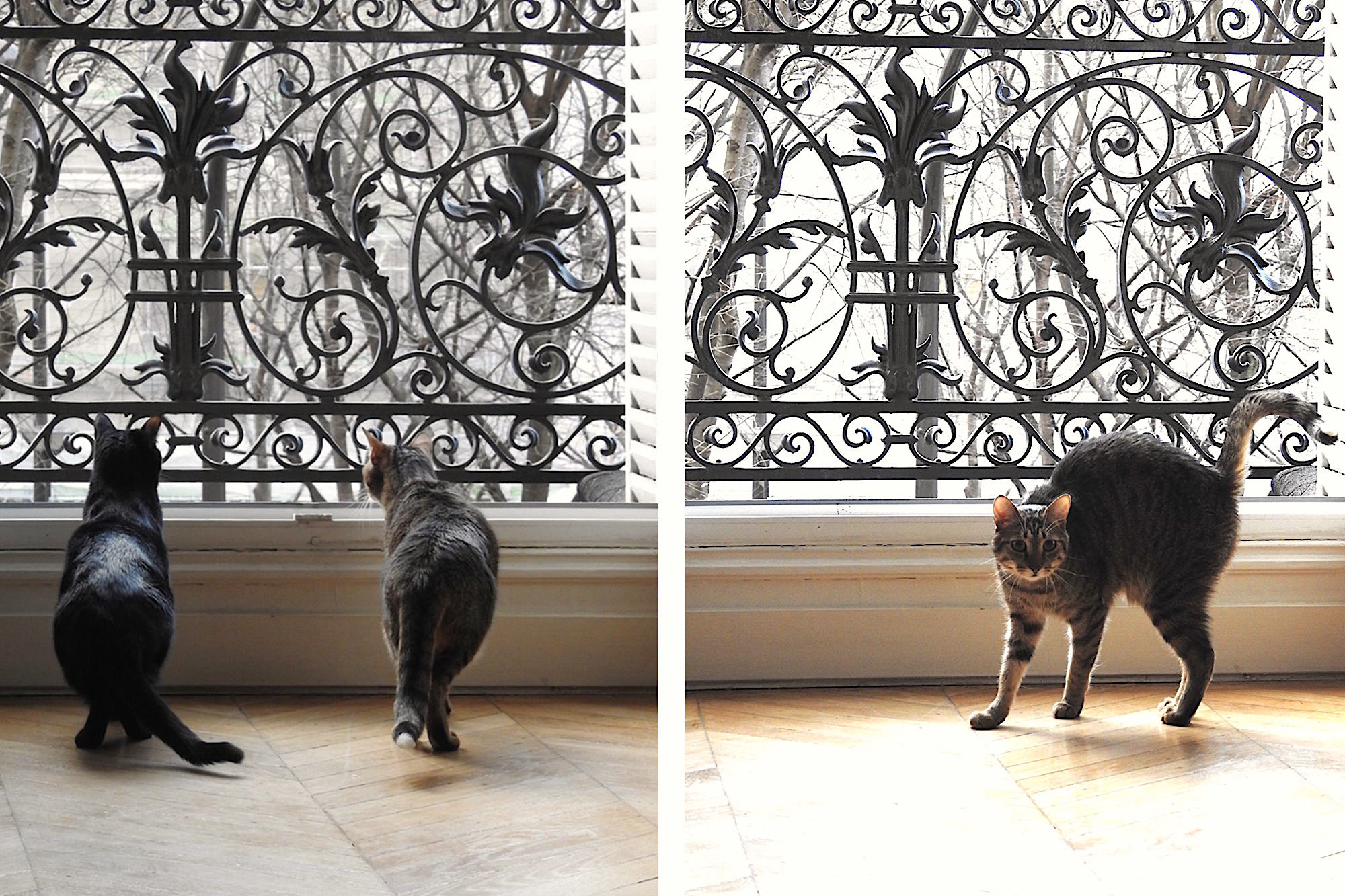 Cat Man: That’s the worst kind of windows! Cats try to jump blah blah and blah blah head in window blah blah body in room blah blah blah die! (He grabbed his own neck and made a strangling sound.)

(Again, how stupid are French cats?)

Me: Oh, yes, sir, I understand. Those windows are very bad. We will keep them closed all the time. (Yeah, right. But he seemed convinced and moved on to the next topic.)

Cat Man: It’s better to adopt two kittens. Blah blah we will not let you have blah blah one kitten, only two blah blah better.

(I glared over his shoulder at Sam and Caleb, both of whom had understood this and were twitching with glee. I could either break Caleb’s heart or just keep lying. I resigned myself to not one but two cats, mentally noting that somebody owed me BIG.) 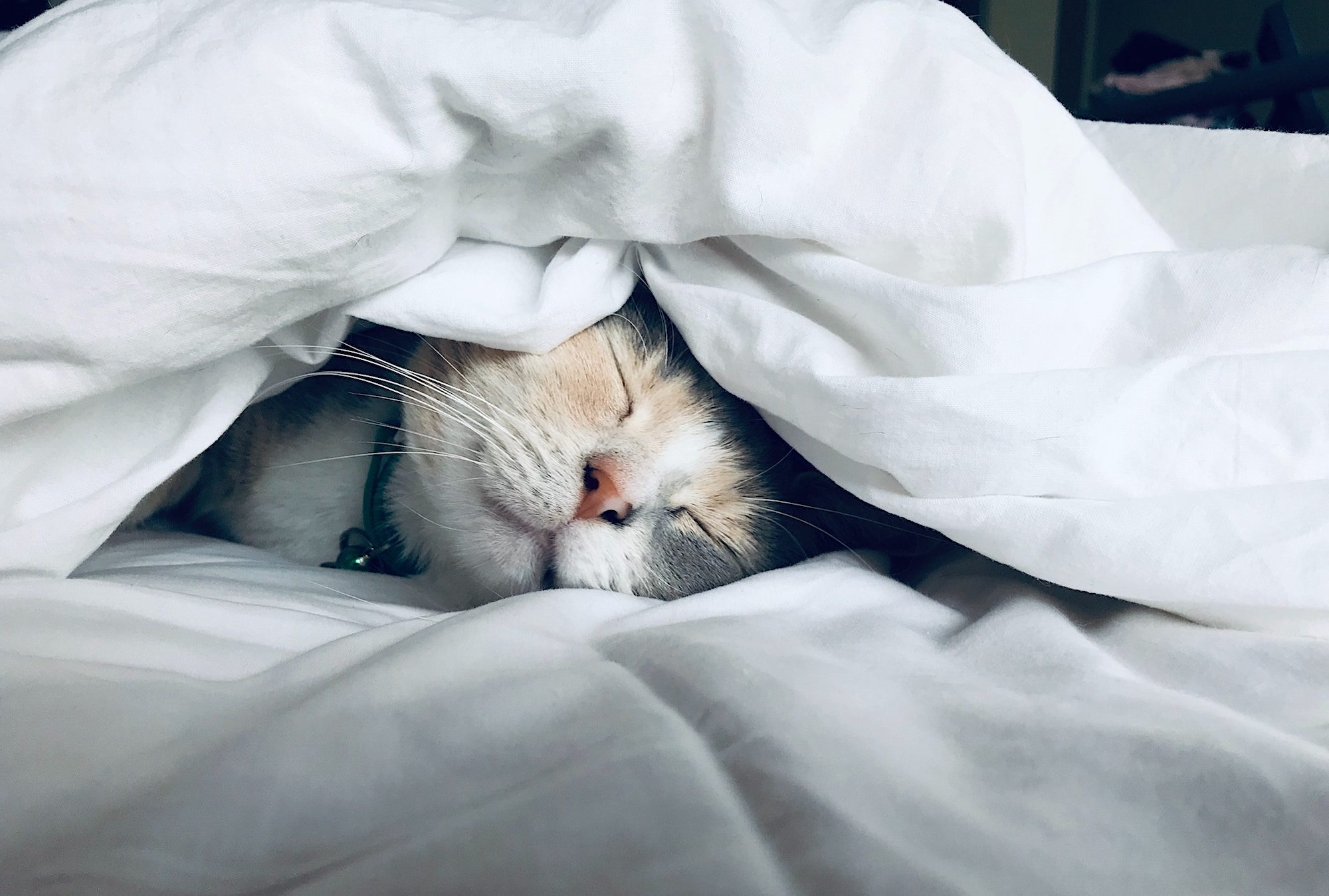 Me: Oh, yes, I understand. We always have to have lots of cats.

Me: Yes, it is better to have more cats because health and happy of cats is important for the kittens. I know because we have to have lots of cats.

(Sam and Caleb gasped and clutched each other in anticipation, but I had my limits.)

Me: Haha, no, sir, that is not possible. We only take the two for today. 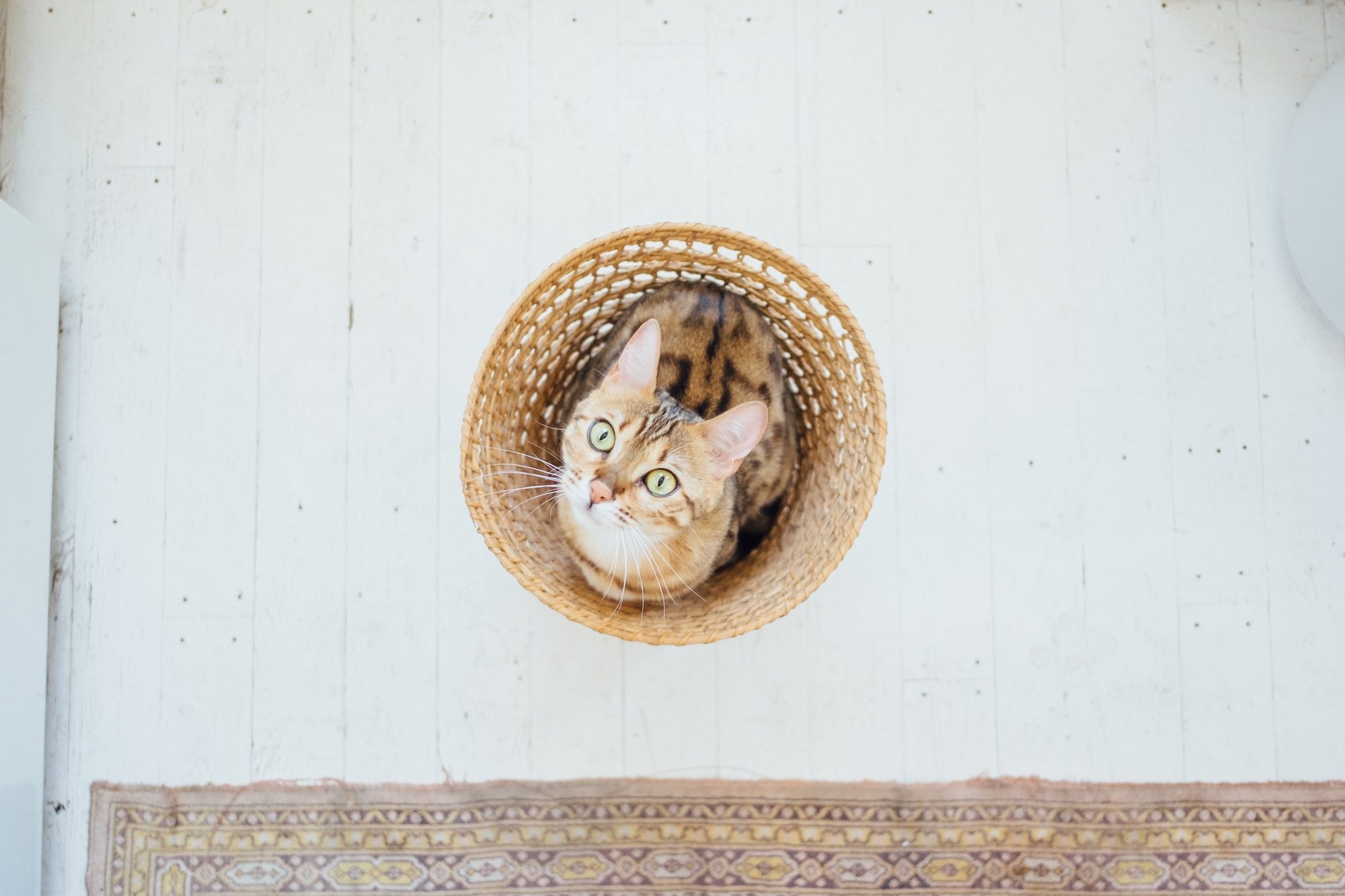 (He looked disappointed with my cat-loving ability, but continued on to his next worry.)

Me: But yes, sir, we have always have a vet for the cats because of health and immunizations. And we don’t want more baby cats so we take them to the vet for the surgery. It is very important to visit the vet.

At this point, Cat Man seemed adequately impressed. Sam and Caleb stayed to sign papers and figure out how to get two cats home on the metro.

I left to go wash my mouth out with soap. 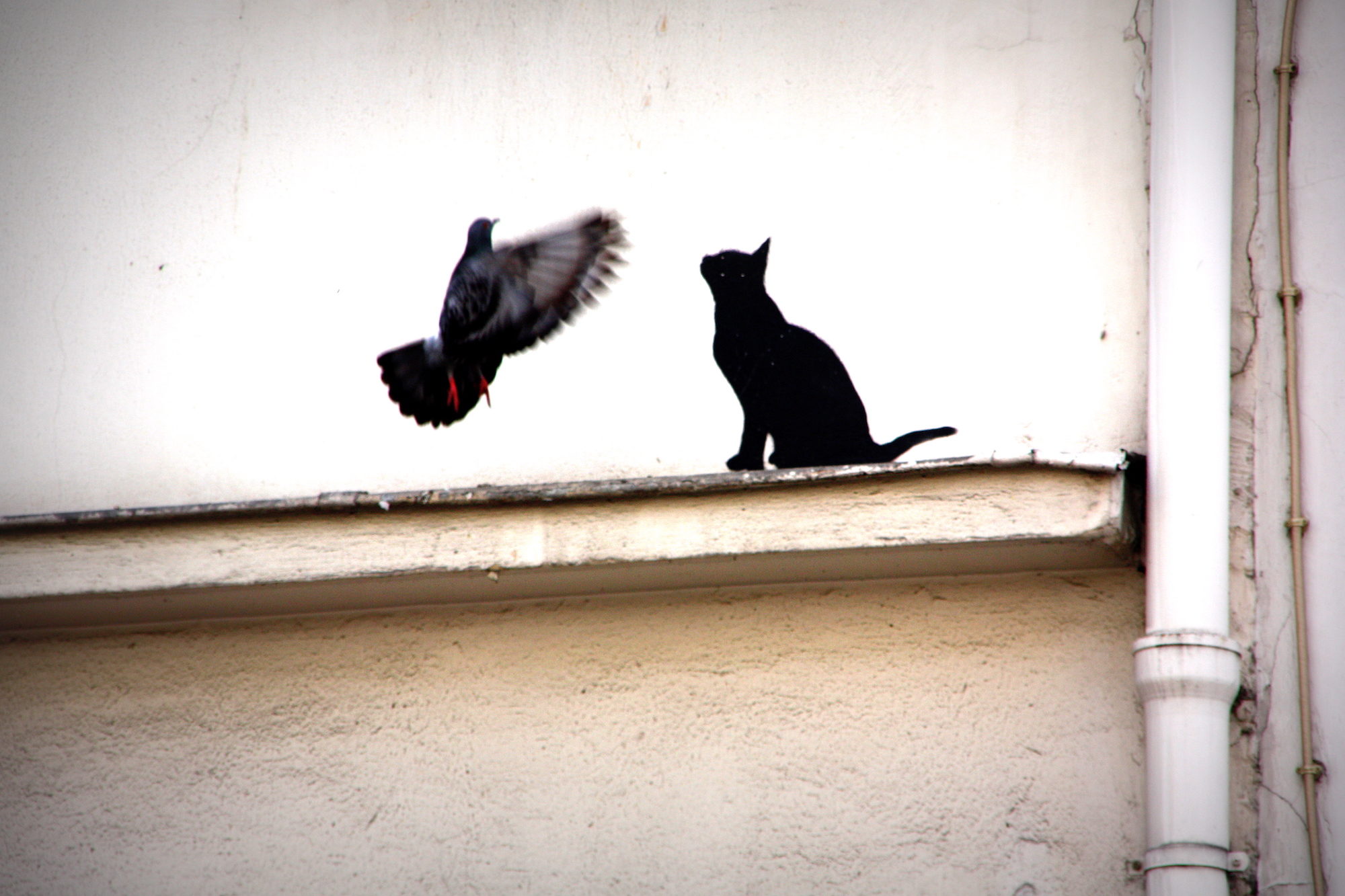 However, I must say that lying in French is a lot easier than lying in English. During every French class I’ve ever had, I’ve written and said lots of things I didn’t mean. That’s how you learn—you write out your exercises and role-play different situations.

Lying in French doesn’t feel like lying. It feels like homework. I hope I’m not on a slippery slope.

Next instalment: now that we’ve got them, what do we do with them? Kitty health care in Paris, le vétérinaire and other French mysteries.

Written by Yvonne Shao for HiP Paris. Looking for a fabulous vacation rental in Paris, London, Provence, Tuscany, Umbria or Liguria? Check out Haven In. Mention the code: HiPParis19 for special deals and a bottle of champagne with every booking for all HiP Paris readers!

Thanks for reading, Anonymous! I know my French is improving because I hear fewer “blah blahs” and more words I recognize. It’s still a challenge, though–every new situation I encounter has new vocabulary! Someday . . .

Hi, Anonymous! If you learned French like I did, you know what I’m talking about. Thanks for reading!

Thanks for reading, Ann! We do our homework in French class, but it’s just different in real life. We’ll keep plugging away at it, and maybe one day we won’t have to lie!

Love It😸 Sent it to my cat 😍😍friend, and I Speak about as much French as you do. So do, totally,
Understand the blah blah, and text book lies 😻😻🙀😹