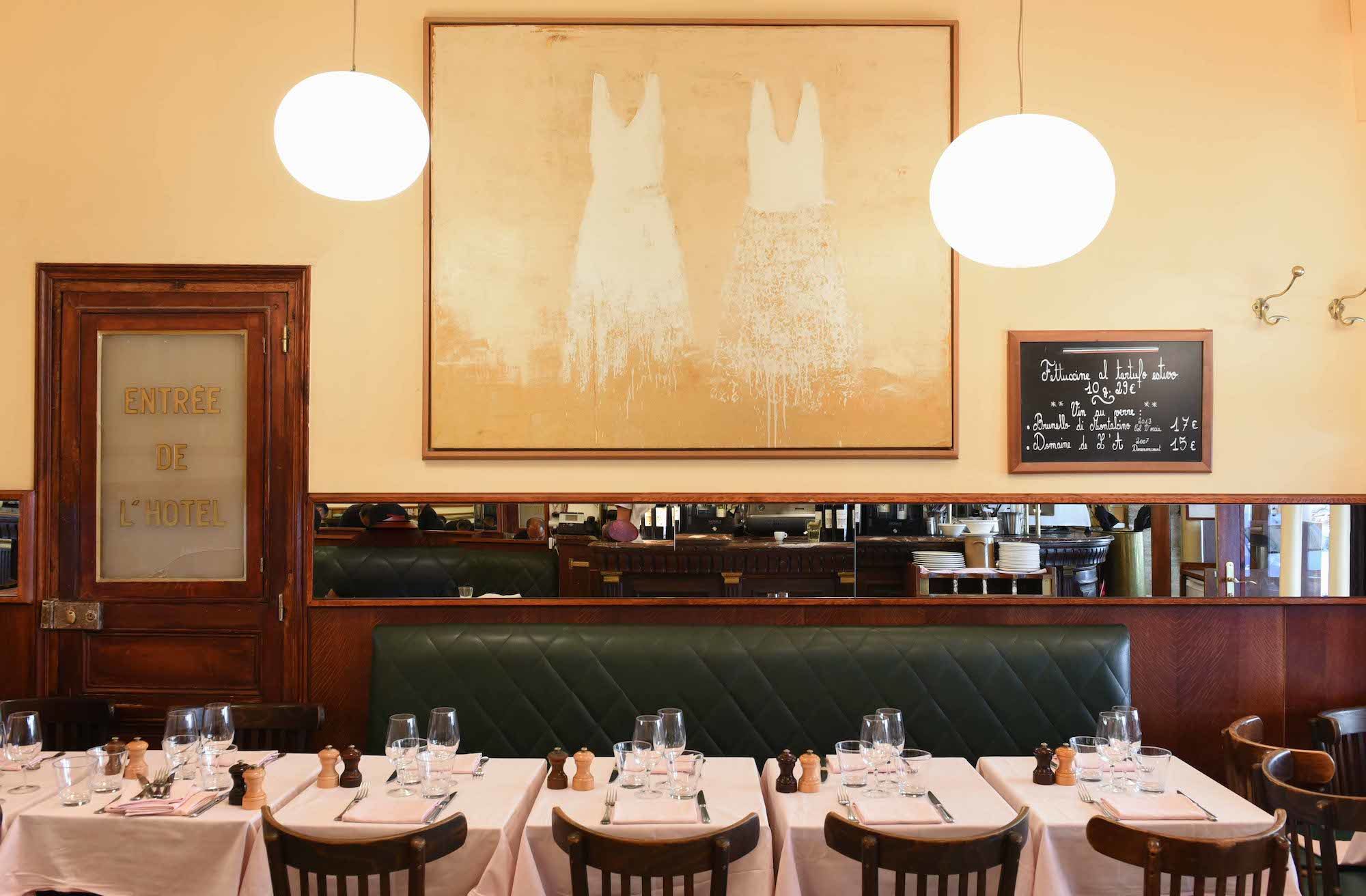 I don’t know what it is about the rue du Cherche-Midi. When I mention the street to friends and colleagues, they invariably mention a personal link; they lived there as a student, they once had a lover on the corner near the convent, they regularly visit on the way to their therapist’s office. 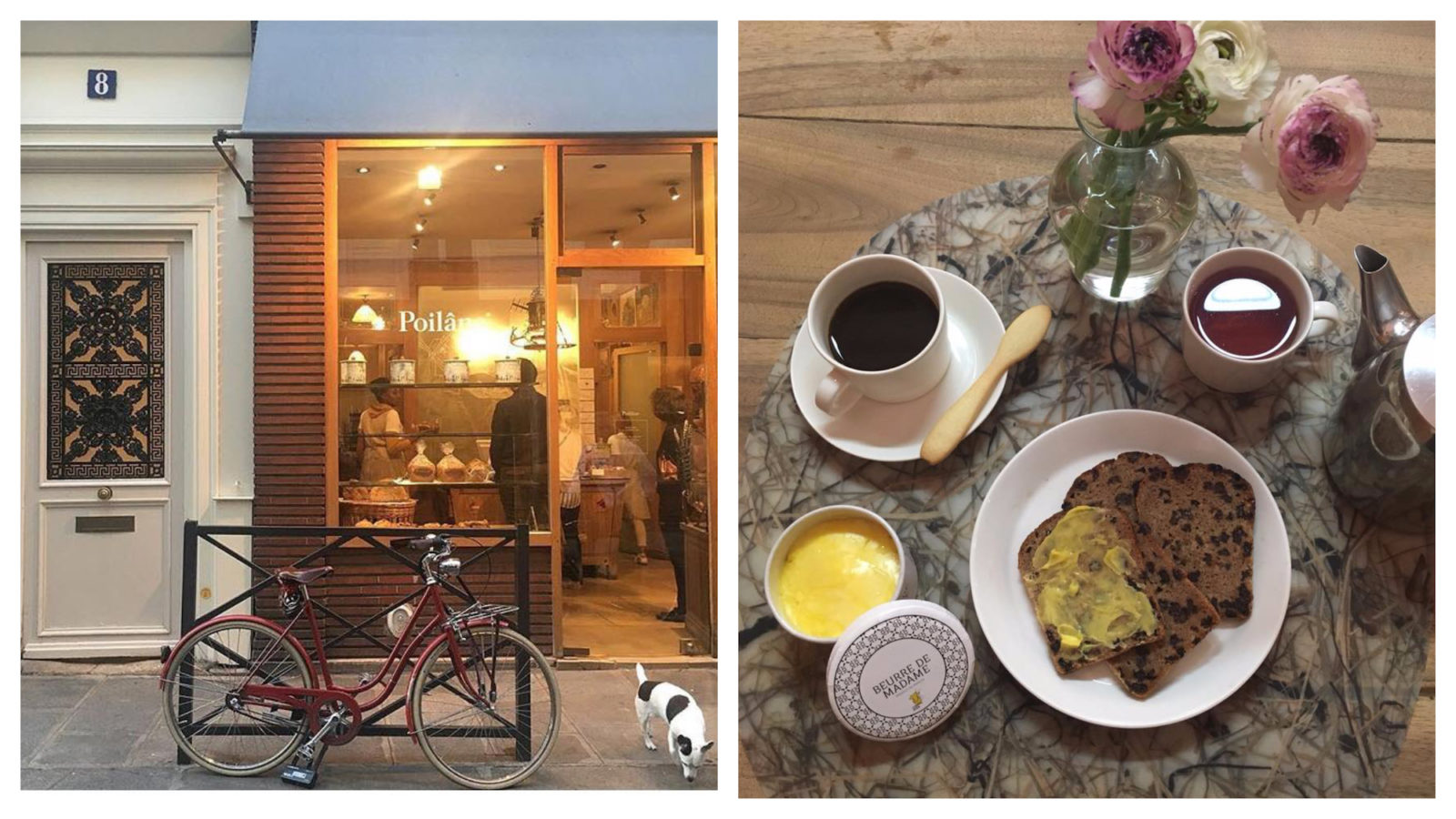 Connoisseurs have known the rue du Cherche-Midi for the country bread and butter cookies (called punishments!) baked in wood-burning ovens at Poilâne bakery since the 1930s. They still flock there, sometimes crossing Paris for one of their buttery, carmely apple tarts. 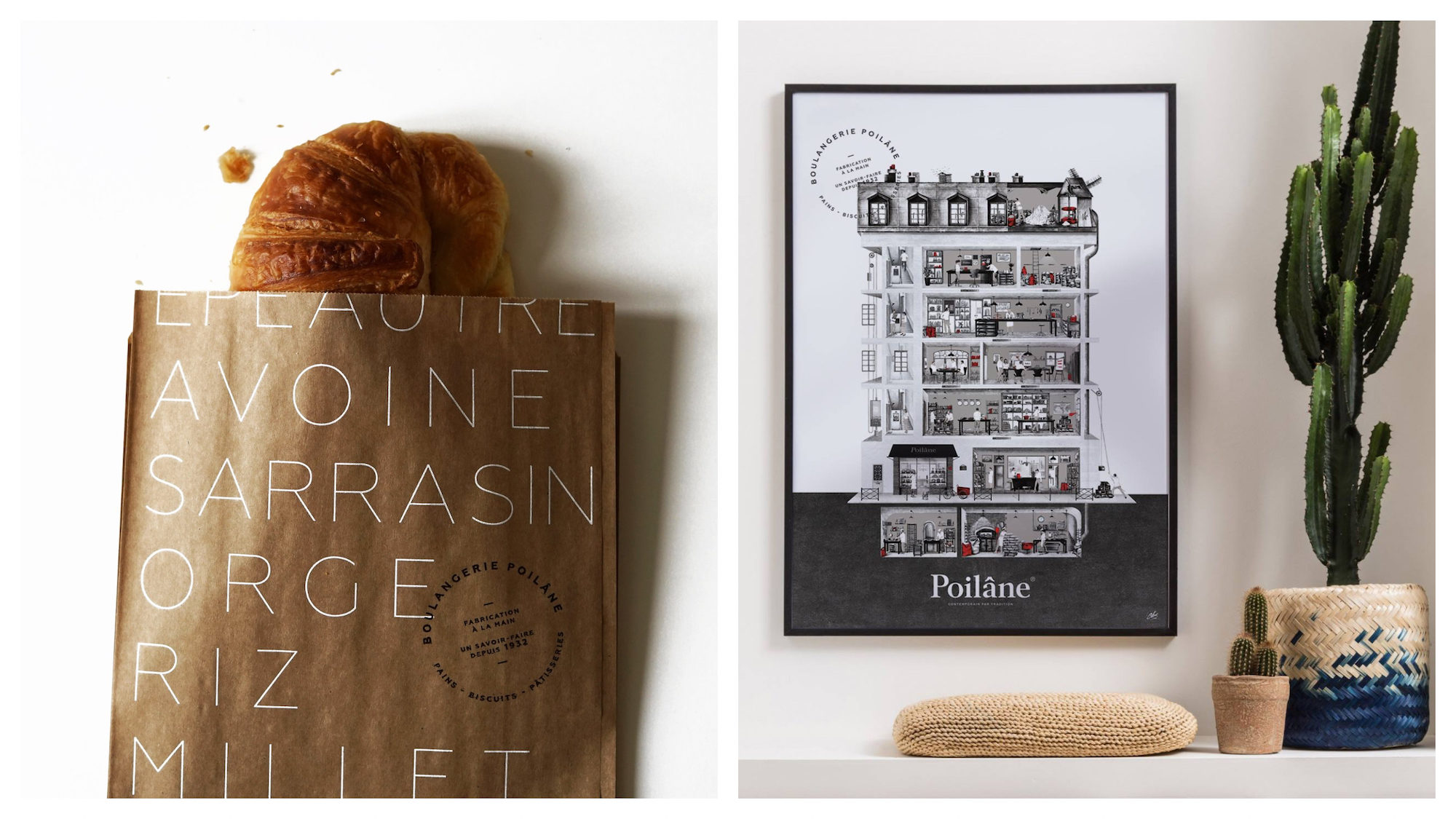 Parisians are happy to make a detour for Le Cherche Midi, one of the city’s best Italian restaurants since 1978, with a daily menu of fresh pastas and primi piatti served in a cozy room. Their antipasti and focaccia are highlights of any meal and the house-made tiramisu is simply perfect. 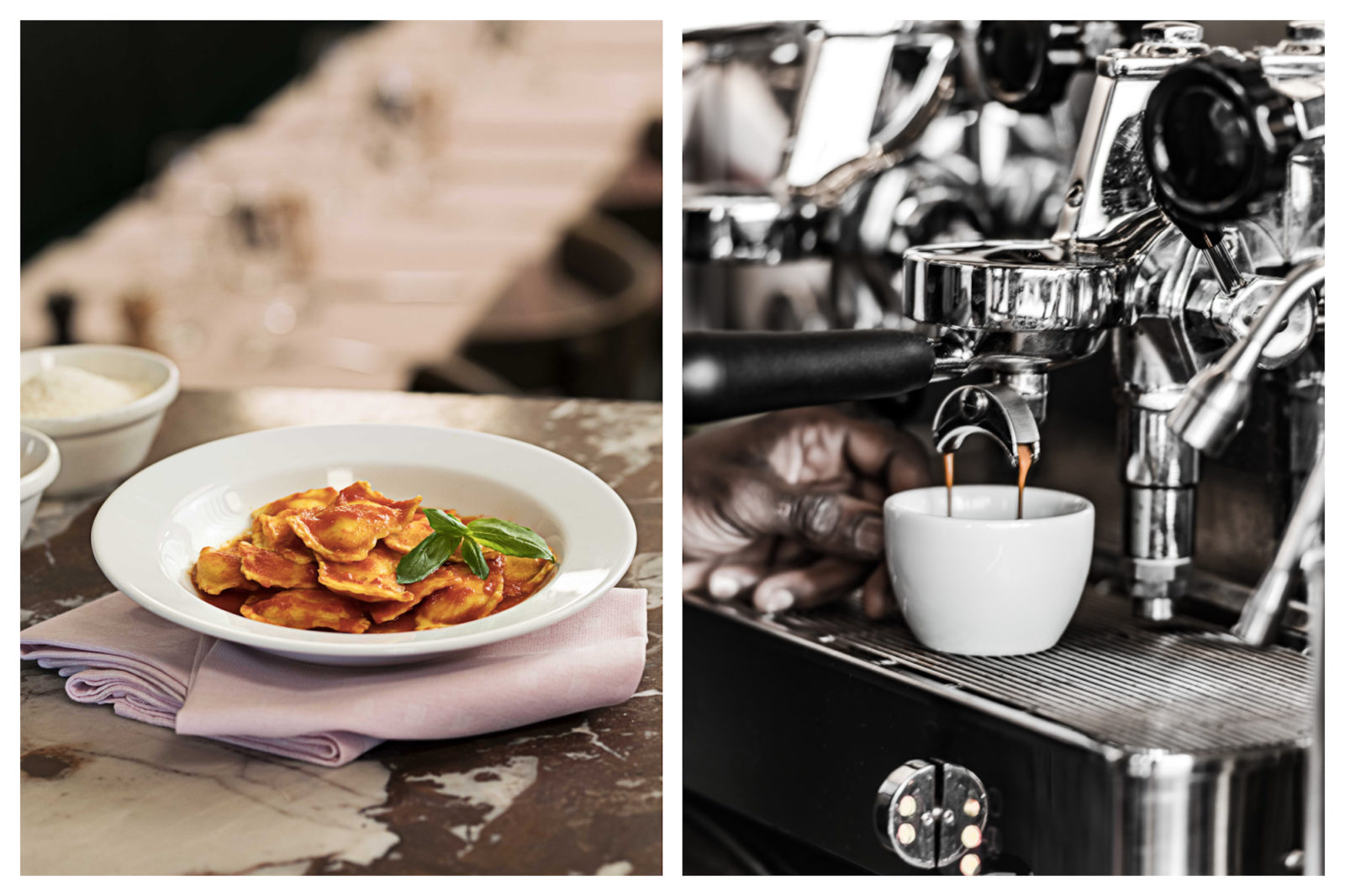 Tried and true, those two addresses were, for many years, the best food Cherche-Midi had to offer. Then, about three years ago, something changed and the street became a foodie destination, a cornucopia of goodness spilling over to the side streets and byways. 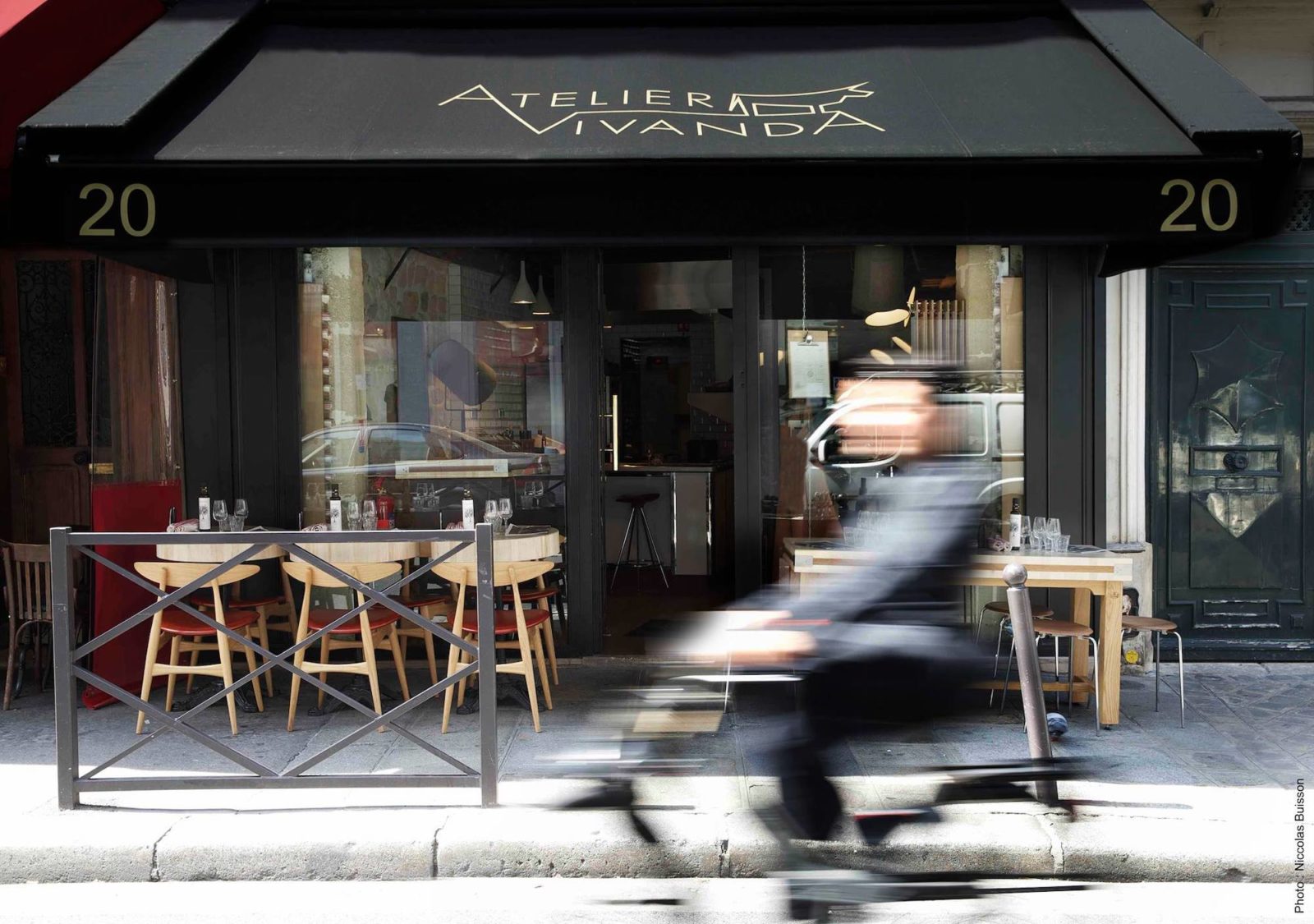 One of the first to start the trend was Michelin-star chef Akrame Benallal with Atelier Vivanda. A carnivore’s haven, the tiny atelier is all about steak and potatoes. The beef is tender, tasty, and cooked as they should be, but the potatoes. Oh, the potatoes. I’m not naming names, but pommes dauphines may have brought a tear or two to a grown woman’s eyes, and are only rivaled by the hazelnut-studded mashed potatoes and nutmeg-laced gratin. 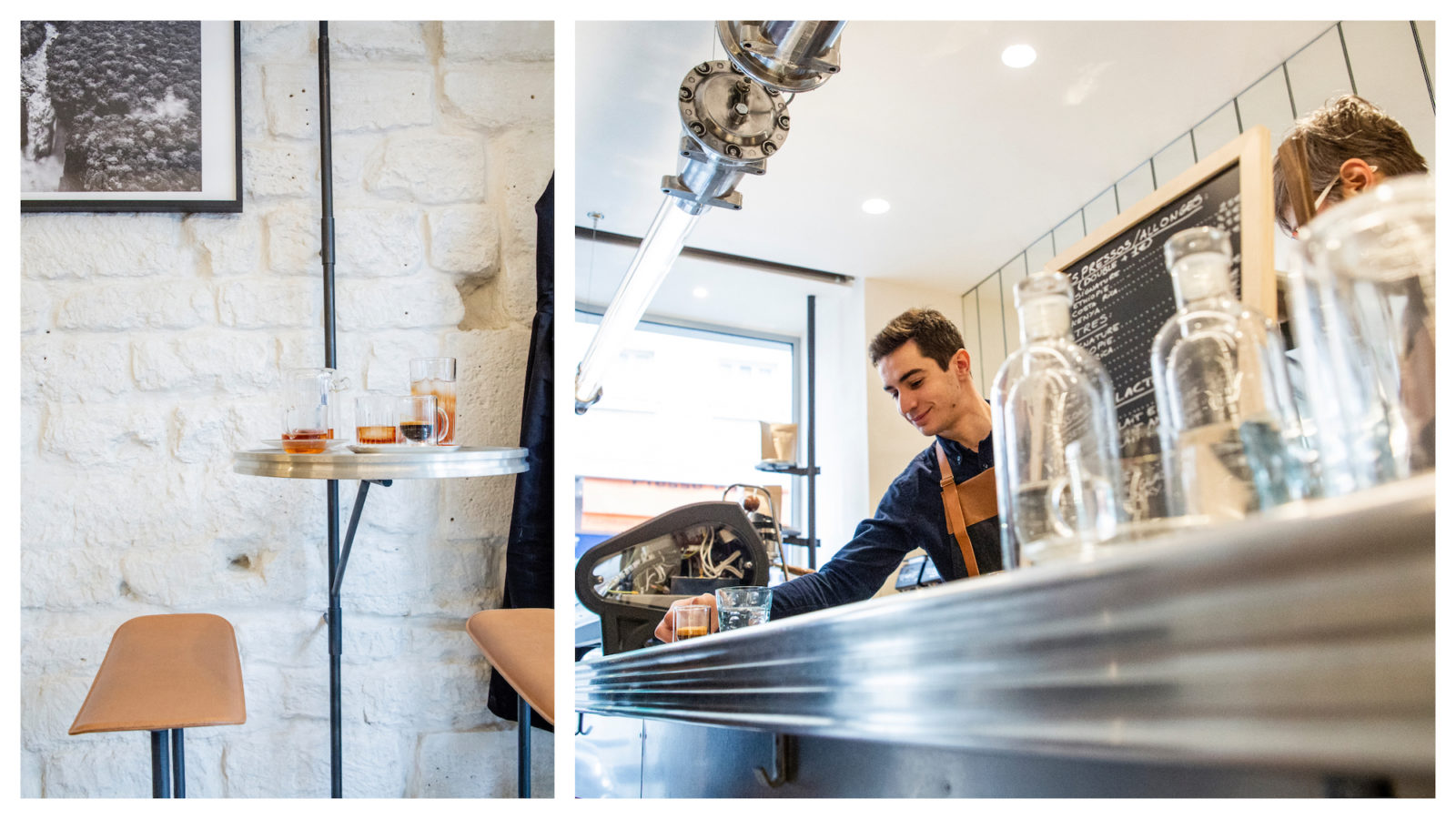 The most recent addition is Alain Ducasse’s Le Cafe. Looking like a Brooklyn joint, with bright lights and barstools, the neo-café offers filtered and espresso coffees, as well as a surprisingly delicious  “like a beer” cold-press coffee served in a pint glass. The educated baristas are happy to help patrons select bags of beans to go, all of which are roasted at M Ducasse’s soon-to-be-public torrefactor near Bastille.

Beating the trend by about a decade, Mamie Gateaux is a quant culinary antique shop and a lunch place those who appreciate a good quiche, tart, cake, or pie. Every day the Japanese chef features two different quiches, each with a butter-laden crust that is dry and flaky and melts in the mouth. For dessert there are lemon meringue pies, chestnut cakes, seasonal fruit tarts, and fresh scones. 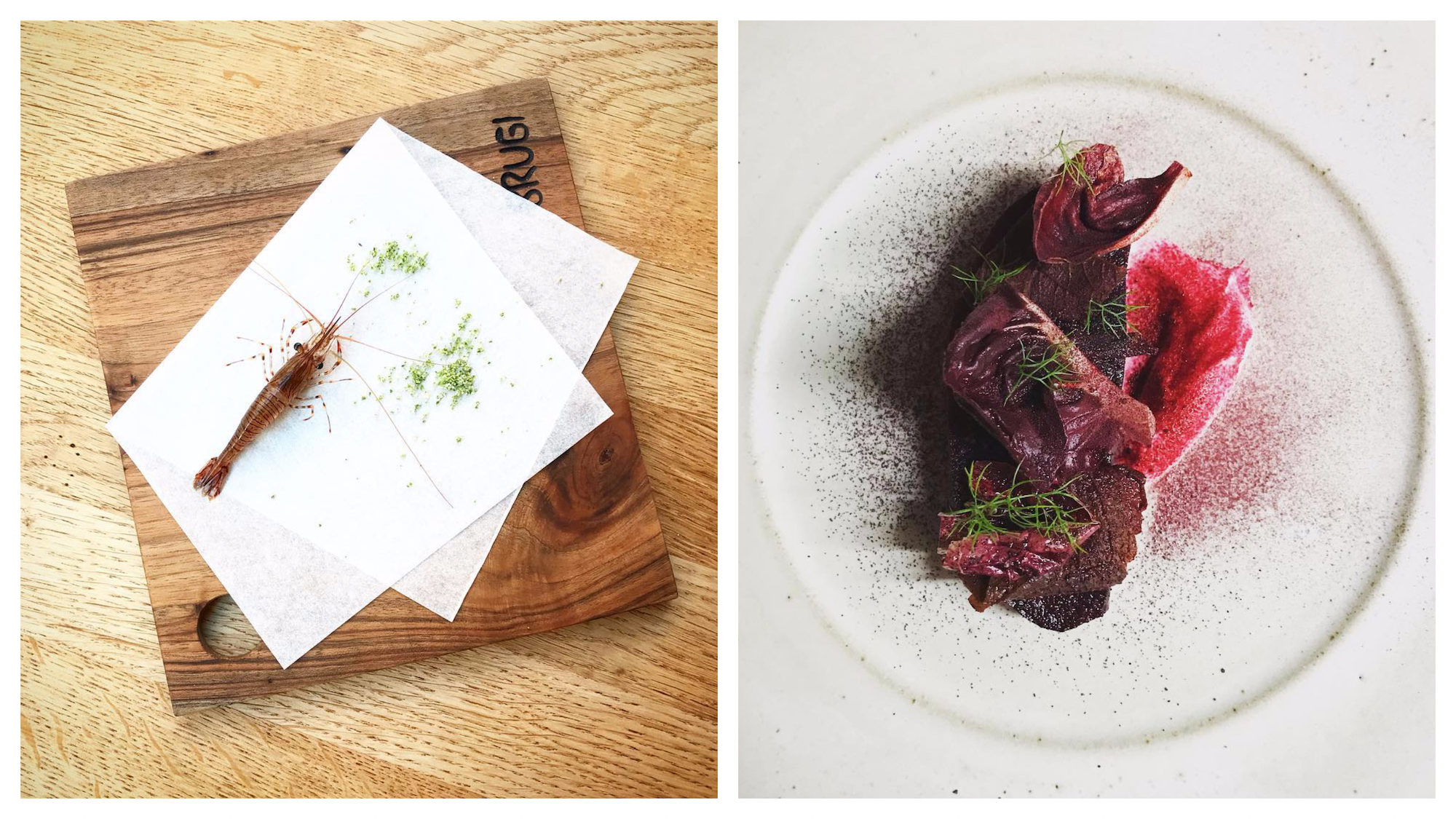 Up the street from Mamie is Michelin-starred Quinsou. In a refreshingly relaxed dining room with faux-cement tile floors and rustic resin pots, Antoinin Bonnet serves exquisite dishes from a minimalist menu that offers guests a choice between two hors d’oeuvres, two starters, and two mains. The white radish entrée presented complex layer of flavor, while the truffle risotto was light and airy. Wines are natural, the bread is baked fresh daily, and the menu changes every two weeks.

Red booth seating lines the stone walls at Basque chef Christian Etchebest’s La Cantine du Troquet. Everyday the team posts the seasonal menu featuring carefully sourced products from across the country, with a particular focus on southwestern favorites like razor clams and acorn-fed pork. This is a favorite haunt for rugby stars from France and around the globe. 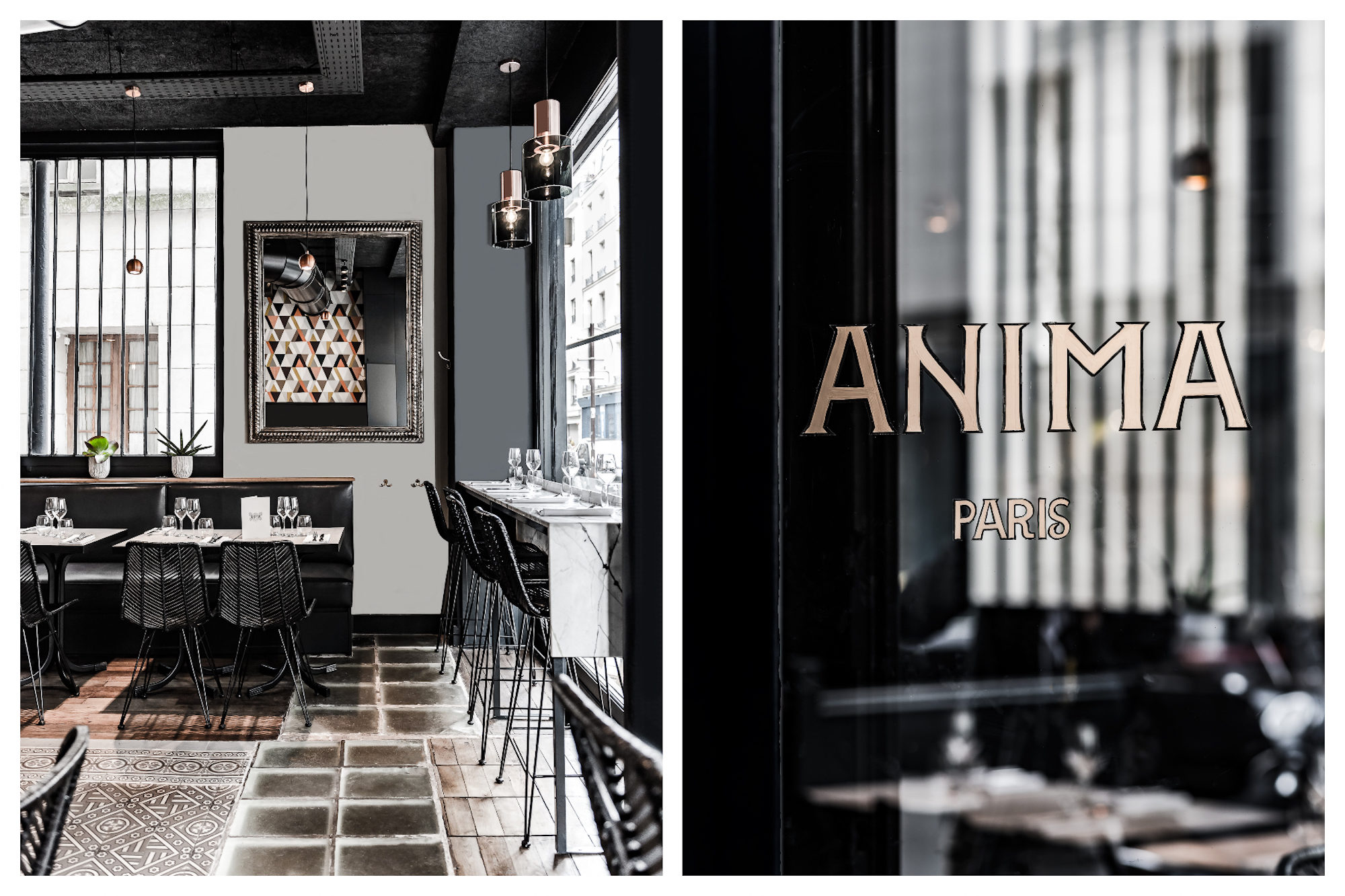 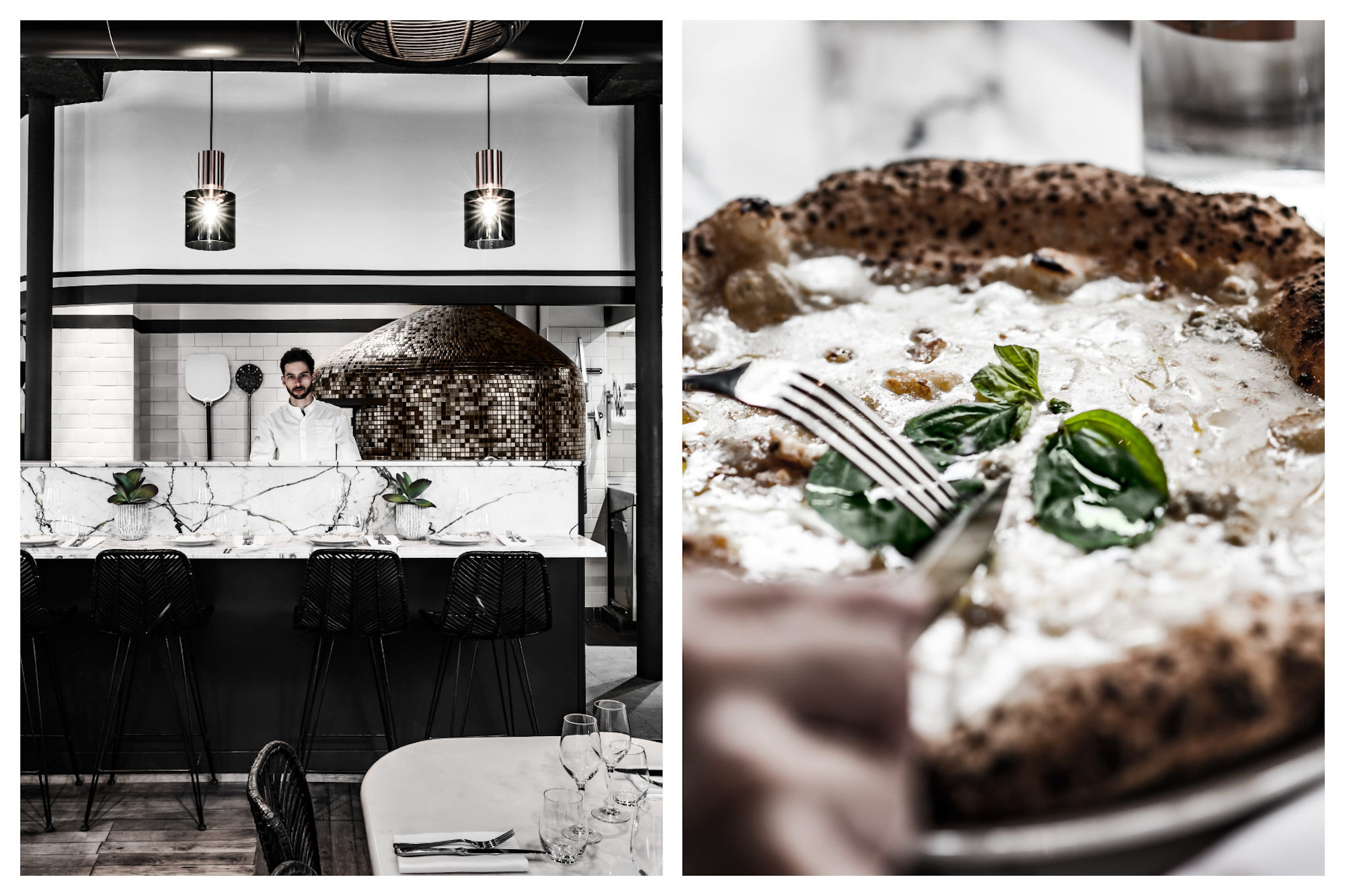 Anima is a Rive Gauche gem created by the group who shaped Racines and Le Bon Saint Pourçain. In a mid-century chic dining room where the gold-tiled wood-burning stove reigns, Italian chefs throw together calzone, eggplant parmesan, and a small handful of other dishes, each better than the last. The stars of the meal are the pizzas made with fior di latte that lingers on the palate with a flavor so delicate it’s tempting to skip dessert. 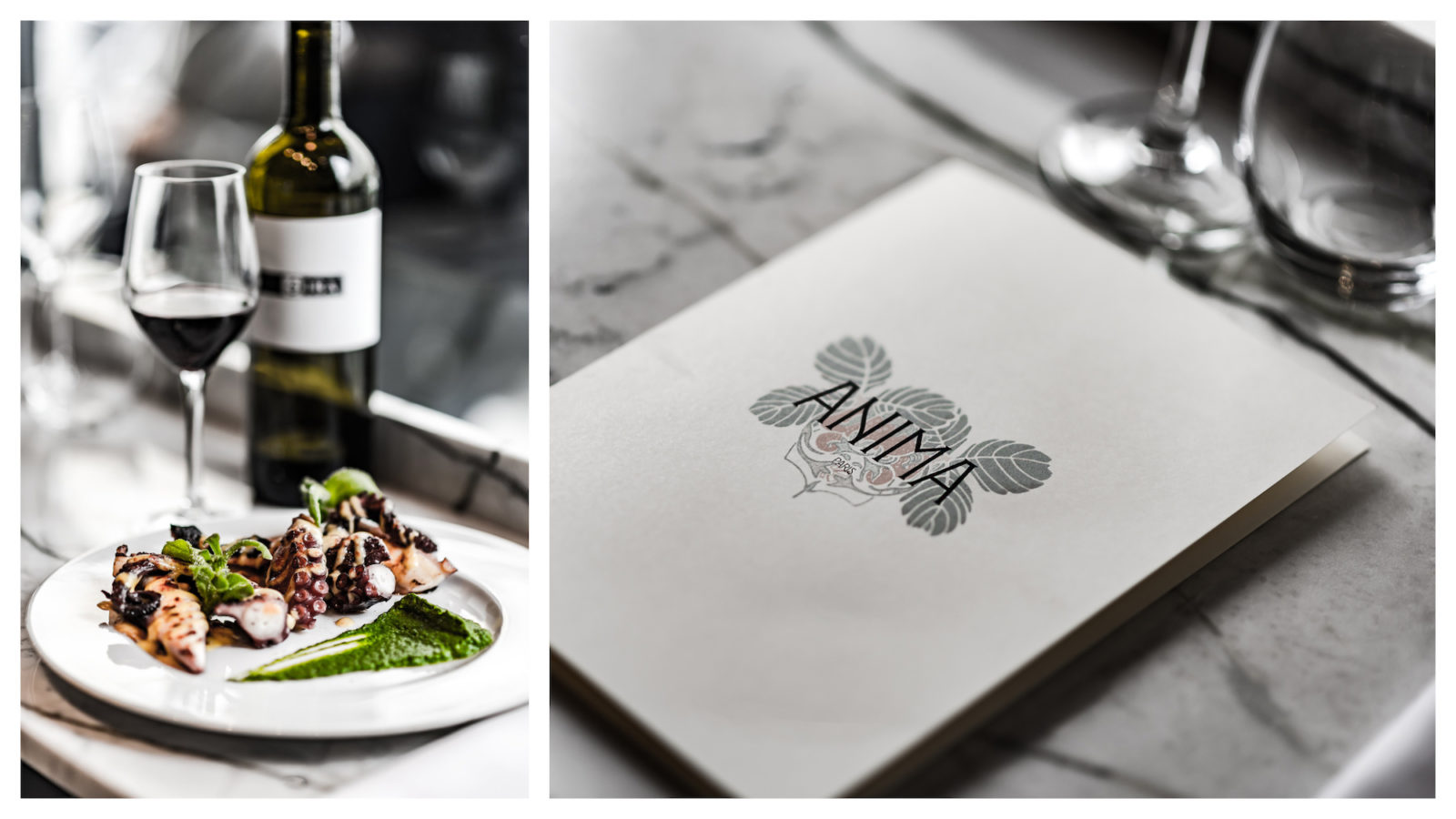 One of the first foodie destinations on the street, Café Trama, is still a regular treat. Marion Trama runs the room while Papa works the miniature kitchen and Maman makes some of desserts. The croque-monsieur with truffle salt is an eternal favorite, but the daily specials like beef cheeks or sautéed cèpe mushrooms are delicious. The desserts are unforgettable; an affogato with hazelnut praline, a meringue with lemon cream, or moist chestnut cake. Miam! 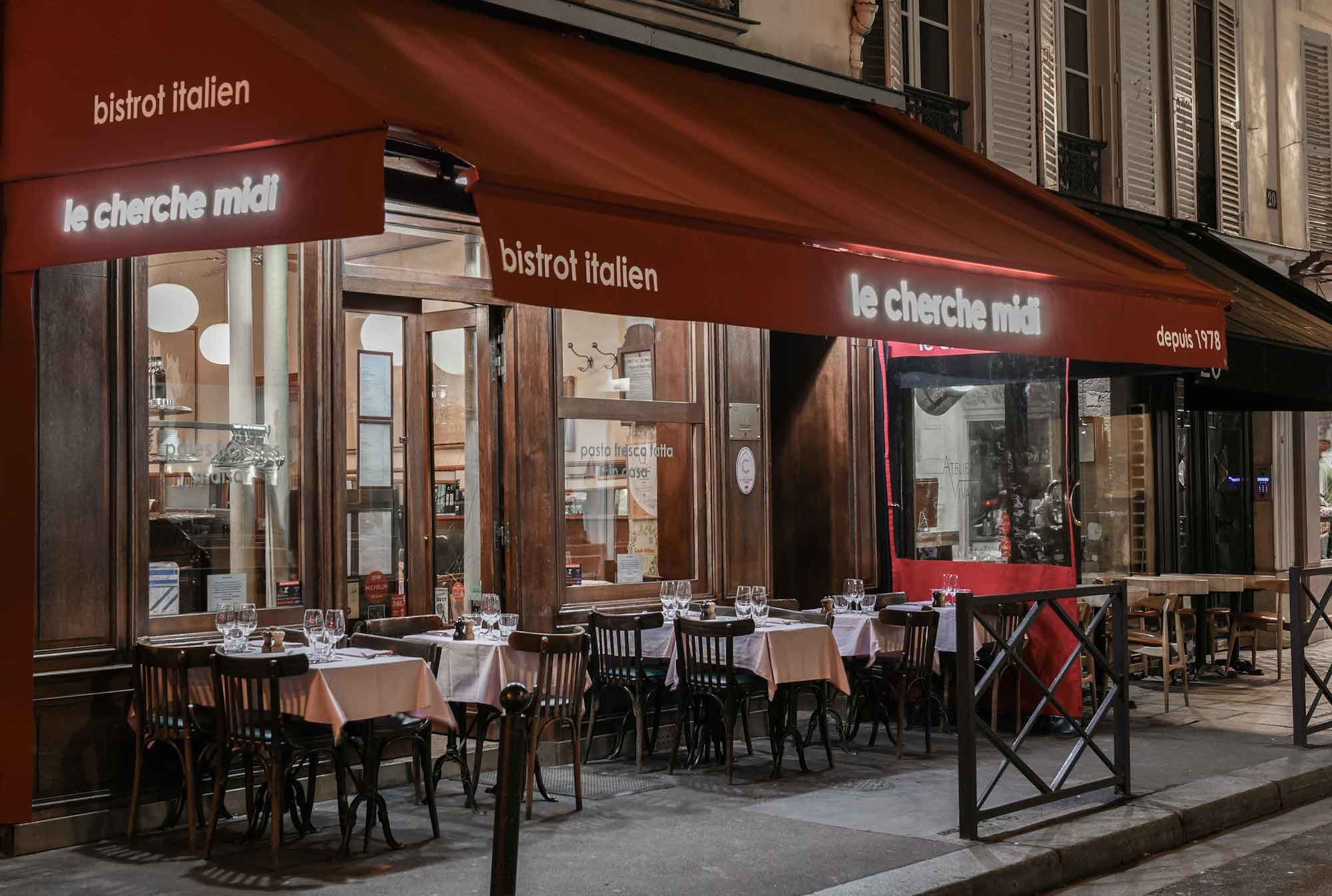 Gluten-free, vegetarian, dairy-free, carnivore… there is something for every eating style at this welcoming lunch spot where wild flowers grace the tables and tea supplies line the walls. The kitchen at Simple has an uncommon gift for making healthy foods that just taste good. From a budda bowl to the tarte du jour, each dish features the best produce of the season. Simple is also a great place to stop for an afternoon smoothie, refreshing tea, and irresistible poached pear chocolate dessert.

Written by Sylvia Sabes for HiP Paris. Looking for a fabulous vacation, or long term, rental in Paris, Italy, France or elsewhere in Europe? Let us know. We can help!

This is very helpful! My sister and I are both planning trips to Paris this year and she will be staying near this street. I will definitely share it with her <3

Excellent news. I hope you have an amazing stay Tracie!