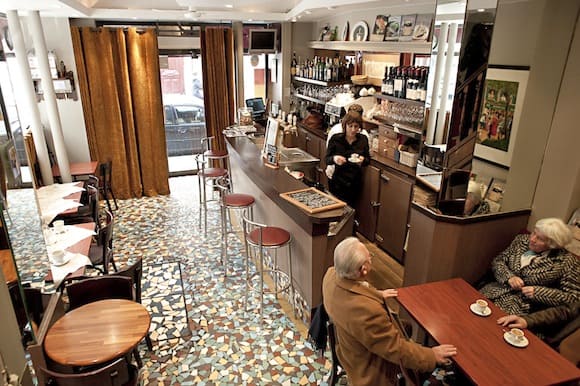 Spring is right around the corner, which makes me reminisce about last spring, when I headed to Paris and fell seriously in L-O-V-E. And not with a charming wine bar, or a crooked side street, or a crazy-flavored macaron—but this time, with a real live man. How novel!

I didn’t really know what I was getting into when I left my apartment that morning, but by evening, it was clear that I was on a first date with the soon-to-be love of my life. We had hung out a few times before, but (save for the hideous fluorescent lights that signal closing time at La Perle) always under the cover of night. It had been all moonlight and streetlamps and the dull glow of limestone against the black Parisian sky. Under those conditions, I could pretty much have fallen in love with a rabid possum. 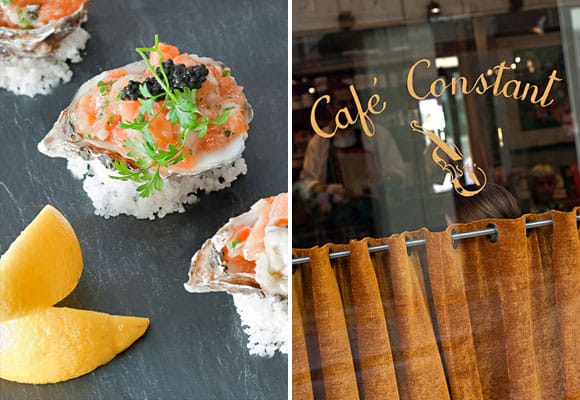 But daylight is different. It’s generally when we get real and stop putting on (quite so many) airs. We start to see each other from all angles (pre-coffee, post-coffee, on the metro, in the street) and begin to piece together the puzzle that the other person presents.

We began the day with espresso at Caféothèque, lounged in Parc Monceau, ambled through the Musée Nissim de Camondo, and had drinks on the terrace of the Palais de Tokyo. So far, so good. As we crossed the Seine, we realized we had forgotten to eat all day, and we were now in the deep 7th —somewhat foreign territory for both of us. I wracked my brain for a spot that would subtly convey the following information about me: 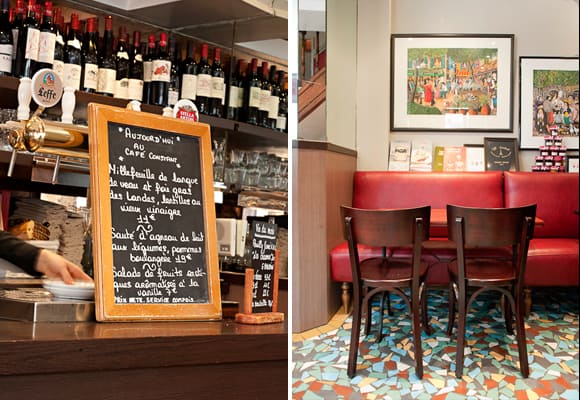 “I have good taste, but I’m not pretentious.”
“I’m tuned in, but not scene-y.”
“Also, I’m the person you want to spend your life with, just FYI.”

It was a tall order for any restaurant, but as we hit the rue Saint Dominique, I realized we were in Christian Constant territory (always a good thing). The beloved chef, known for relinquishing his post at the Crillon’s Michelin-starred Les Ambassadeurs to serve up simple cuisine in more casual environs, owns three restaurants on the same block: Le Violon d’Ingres, Les Cocottes and Café Constant. 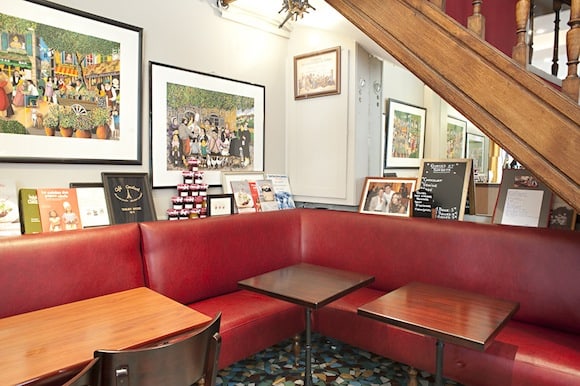 On that night, I knew Café Constant would fit the bill. It’s a chameleon of a restaurant—business people stop in for the great lunch menu, friends gather in the evening, and lively families show up for dinner, squeezing into red leather banquets and small wooden tables. It’s a casual, low-key spot where you feel like you’re instantly part of the fabric of the neighborhood. The simple (but spot on) bistro food never disappoints, and unlike most culinary hot spots, it’s open for most of the day and you don’t need a reservation. In other words, it’s the perfect spot for a spontaneous first date. 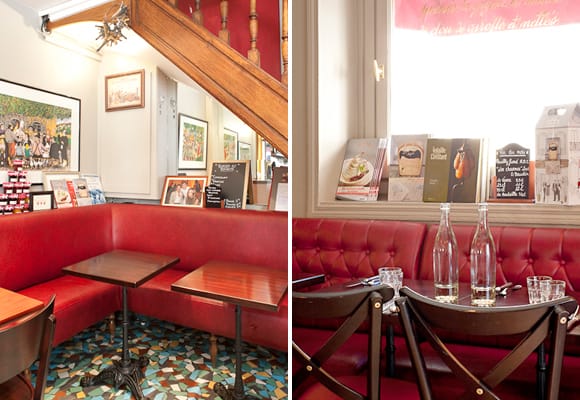 Happily nestled into a banquette on the upper level, we shared a heavenly velouté de potiron (pumpkin soup), some serious foie gras, buttery cabillaud with local vegetables, and G recalls having had “some chicken thing.” (I think it was actually quail with lentil puree). And Côte du Rhone, of course. I was thrilled to realize that we were on the same culinary wavelength, even though I’ve since learned that G hates almost all fruit and most vegetables. I suppose I can allow him these quirks, since I have a few of my own.

This being early June, the sun hadn’t fully set when we left the restaurant. It was still light out… and we still liked each other! And almost a year later (and an ocean apart), we still do. 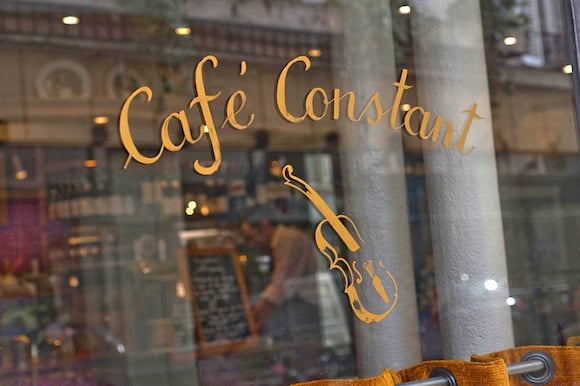 Written by Tory Hoen for the HiP Paris Blog. All images by Julien Hausherr. Julien Hausherr is a photographer based in Paris, specializing in architecture, still-life and reporting. Contact:[email protected]. Looking for a fabulous vacation rental in Paris, Provence, or Tuscany? Check out Haven in Paris.

This was simply adorable! Now I’m eager to try that restaurant with mon homme.

really loved reading about what sounds like a perfect parisian date.
in fact, my husband is a full time barista at la cafeotheque so i was excited to read you started your day there too! i spend a lot of my time in that lovely place, so i may just see you there. x

Why did you stop sharing this wonderfully romantic story? Am eagerly waiting for more installments.

I just found this blog today and I think my search for the perfect Parisian blog has just ended.

What a delightful love story! I want to read more, hope you visit each other often. Great photos, too 🙂

Aww. I want more of your love story! Oh yeah, and that restaurant *is* good. 🙂