Melissa Unger, the fabulous American expat behind Seymour, the thought-provoking creative initiative, is one of our very favorite Parisians. Amy Thomas sat down with Melissa to chat about Paris, creativity, and why so many artists gravitate to the city of light. If you’re in Paris this week, be sure to stop by her Mindsurf event at the Galerie Christian Berst on Wednesday. More info here. -Genevieve 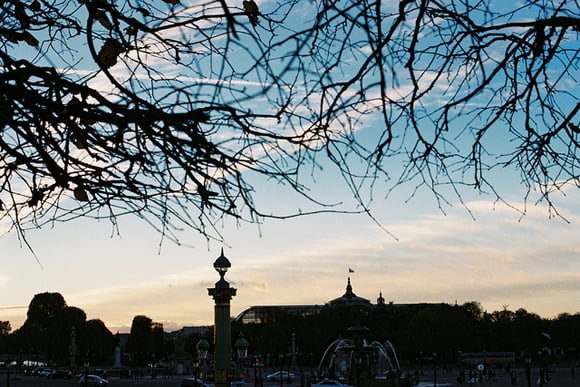 There’s the love for words and ideas. The unapologetic devotion to sensuality. And, of course, the majestic architecture and light. But still, the question remains: what is it about Paris that beckons creative types? Melissa Unger, attuned to the city’s soul, enmeshed with its artists, and driving more and more of its creative energy through her initiative, Seymour, shares her thoughts. 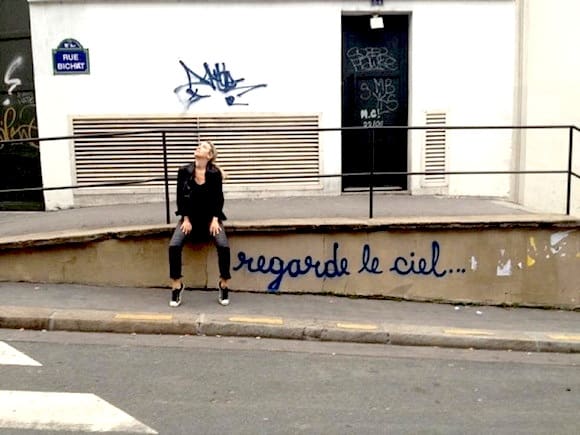 Why is Paris a beacon for so many artists, writers, musicians and other creative types?
There are so many possible answers to this question but I’d say it’s largely because Paris is one of the few major metropolitan centers that provides a much needed respite from the “race.” It’s a place to catch one’s breath long enough to properly look outward (and inward), interpret and express. In a world where doing and achieving seem to have overtaken all else, Paris remains a city devoted to ideas, discussion and the pleasures linked to the senses, rather than to material things. “Philosopher” is still a recognized and accepted job description here. 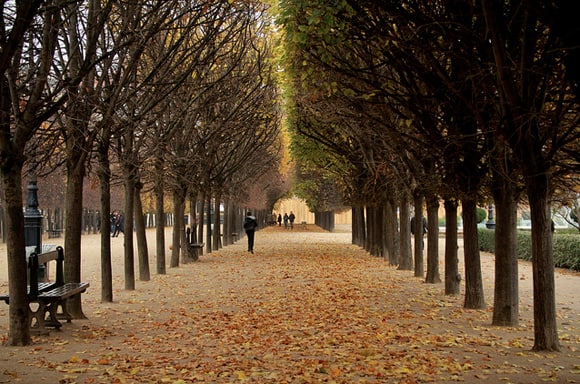 How does the city foster individual creativity?
Flâner – taking the time to take the time is an accepted way of life here. This strolling, wandering flâneur character, which emerged in 19th Century Paris, is the epitome of creative exploration. He is part of a city’s fabric, and yet separate from it—observing, interpreting. Most artists know that the cultivation of this sort of “active passivity” is crucial to creative development and are drawn to Paris as a result.

Paris also affords the opportunity to emerge and retreat at will. Most creatives share a particular blend of egomania and insecurity. The city is small enough to allow one to make his or her mark, yet large enough for escape. Also, in other less discrete and intellectual societies, one would be met with a barrage of questions regarding recent projects and whereabouts. Here, when you re-emerge after a period of solitude or quiet creativity (or a week under the covers with a bottle of gin), it’s as if no one noticed you were gone, and yet you’re welcomed back warmly. Man Ray has a famous quote: “unconcerned, but not indifferent.” I think he meant it as a mantra for life, but I think it aptly applies to the French way of thinking. 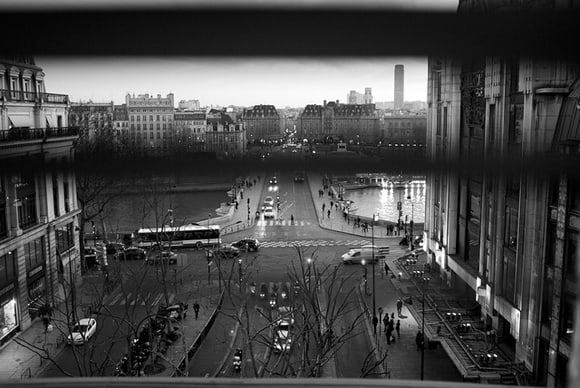 You have a really interesting story about how Paris sparked a transformative creative process in yourself—tell us about that.
Well, I arrived here like most American expats, with a romantic heart and dreamy head. I spent an unprecedented amount of time alone and remember being almost entirely silent my first two weeks. It was blissful. I did just like the flâneur, wandering and sitting in cafés, looking out at everything and nothing at all. Then, as is also the custom for expat creatives, I started to scribble down some thoughts… it seems this is what happens when you’re away from life’s habitual pressures—the buried, previously unexplored thoughts bubble to the surface. Inexplicably, one sentence kept coming to my mind again and again. Finally, I put it to paper and let it lead me, over the course of the following weeks, through a hundred and odd pages, at the end of which I had “unconsciously” written an entire book. I hadn’t planned to, there had been no preconceived notion of it, and more astoundingly, the characters and scenes within it, had nothing to do with my previous conscious personal experiences. 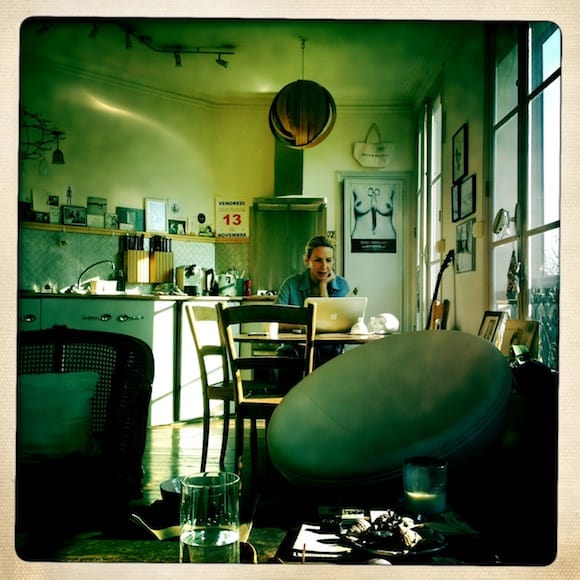 This experience of letting go of my conscious mind and allowing something other (my subconscious, perhaps) to lead, was an extraordinary emotional and creative breakthrough and triggered a passionate (okay, obsessive) yearning to uncover the primal source of creativity that I believe exists within us all and links us together. This is what eventually led me to create Seymour, an initiative dedicated to helping individuals cultivate authentic creative self-expression by encouraging them to nurture their imagination and explore their subconscious mind.

Who are some of your favorite creative icons that have made Paris home?
Eccentrics, marginal types, limit-pushers, intellectuals, philosophers. Those are the ones who inspire me most. So as far as Paris is concerned, I am fascinated by the Surrealists and the Dada Movement. Man Ray, Salvador Dali, André Breton, Tristan Tzara, Jean Cocteau, Guillaume Apollinaire, Dorothea Tanning. And the lesser-known, but no less extraordinary Claude Cahun; I wish I were as unique, creative and brave as she was. 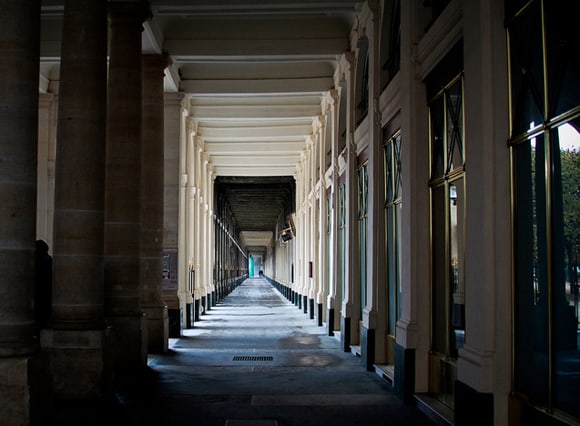 What can young artists today glean from the city’s storied history?
This is an interesting question. I find that while expatriates seem to creatively flourish here, France’s young artists are generally less fulfilled. It seems so contradictory to France’s historical emphasis and love of the arts. Perhaps the city’s “storied history” weighs too heavily upon them? Maybe there’s a fine line between gleaning positive inspiration from this storied city and crumbling under the anxiety of its influence. When so many great creators have dwelled here, it is difficult to avoid accidental appropriations or paralysis by analysis of what came before.

But in the last five years, that’s changed a bit. More young French artists are emerging with work strong enough to enter the international dialogue. An artist must be a rebel and lead the charge toward the new. One of the most clever and powerful artworks I’ve seen in recent years that explores all of these ideas and more, is the sculpture Chanel Guillotine by American artist Tom Sachs. 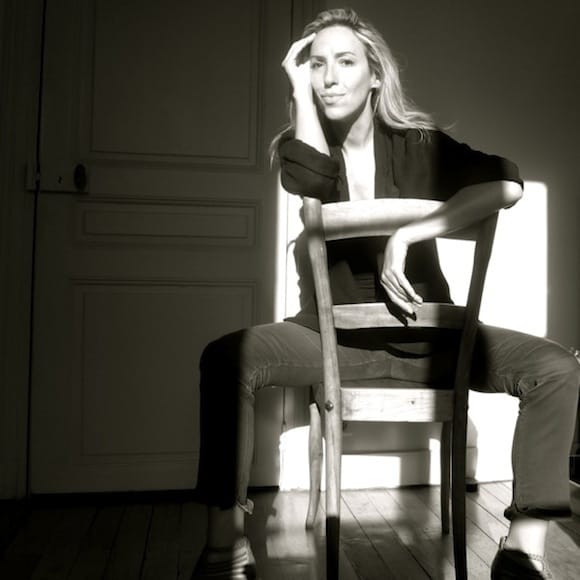 What do you think the greatest points of inspiration are?
Paris is an endless and labyrinthine city. I love nothing more than getting lost in it. There is always one more undiscovered street, one more door to push open, another previously unseen courtyard to peek into. These secret spots and untold stories inspire me most.

For instance, on the rue du Louvre there is a vintage neon sign that never fails to spark my imagination: Duluc Detective. A detective in modern-day Paris! Fabulous. The sign on the doorway itself reads: Enquetes. Filatures (Investigations, Trailings). The very first Private Investigation service was founded in Paris in 1833 by a man named Vidocq—a fascinating character that’s been a huge source of inspiration for many creatives. More recently, in 1979, the French artist Sophie Calle did some wonderfully creative detective work for her project Suite Venitienne. 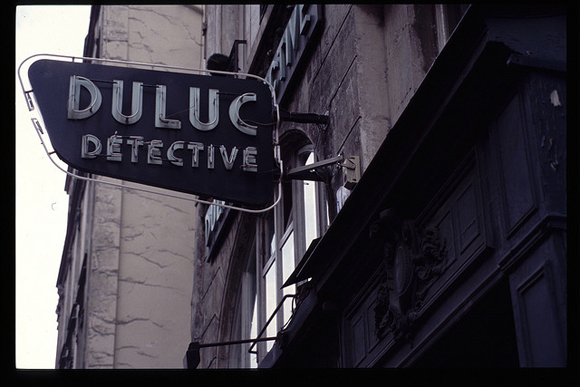 I myself have always been fascinated by strangers. I’m intrigued by the contrast between not knowing someone and then suddenly knowing them. How is the face they present to the public different from who they really are underneath? Some days, when I walk by Duluc, I pick a random person on the street and follow them for a few blocks. I then turn off and build a life for them in my mind. I imagine meeting them at a party some day and they’ll reveal to me whether I was “right” or not. Whether what I made up matches “reality.” But in the end, it doesn’t really matter. Opinions will always differ, reality will always be nebulous, everything is simply a matter of perception… It’s all just one big fairytale isn’t it, the story of our lives? 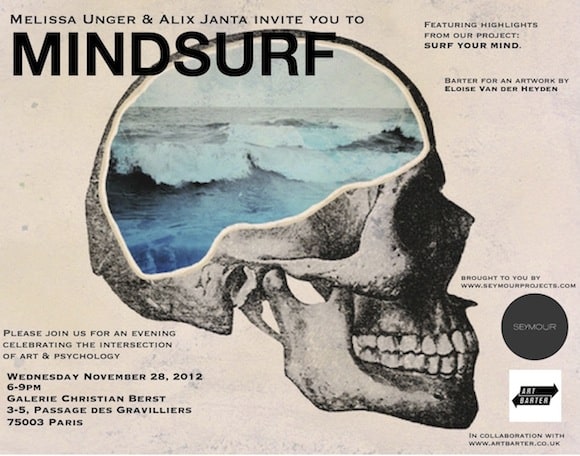 I absolutely love this interview! Melissa taps into a number of truths and articulates them beautifully.

“Maybe there’s a fine line between gleaning positive inspiration from this storied city and crumbling under the anxiety of its influence. When so many great creators have dwelled here, it is difficult to avoid accidental appropriations or paralysis by analysis of what came before.” >> YES.