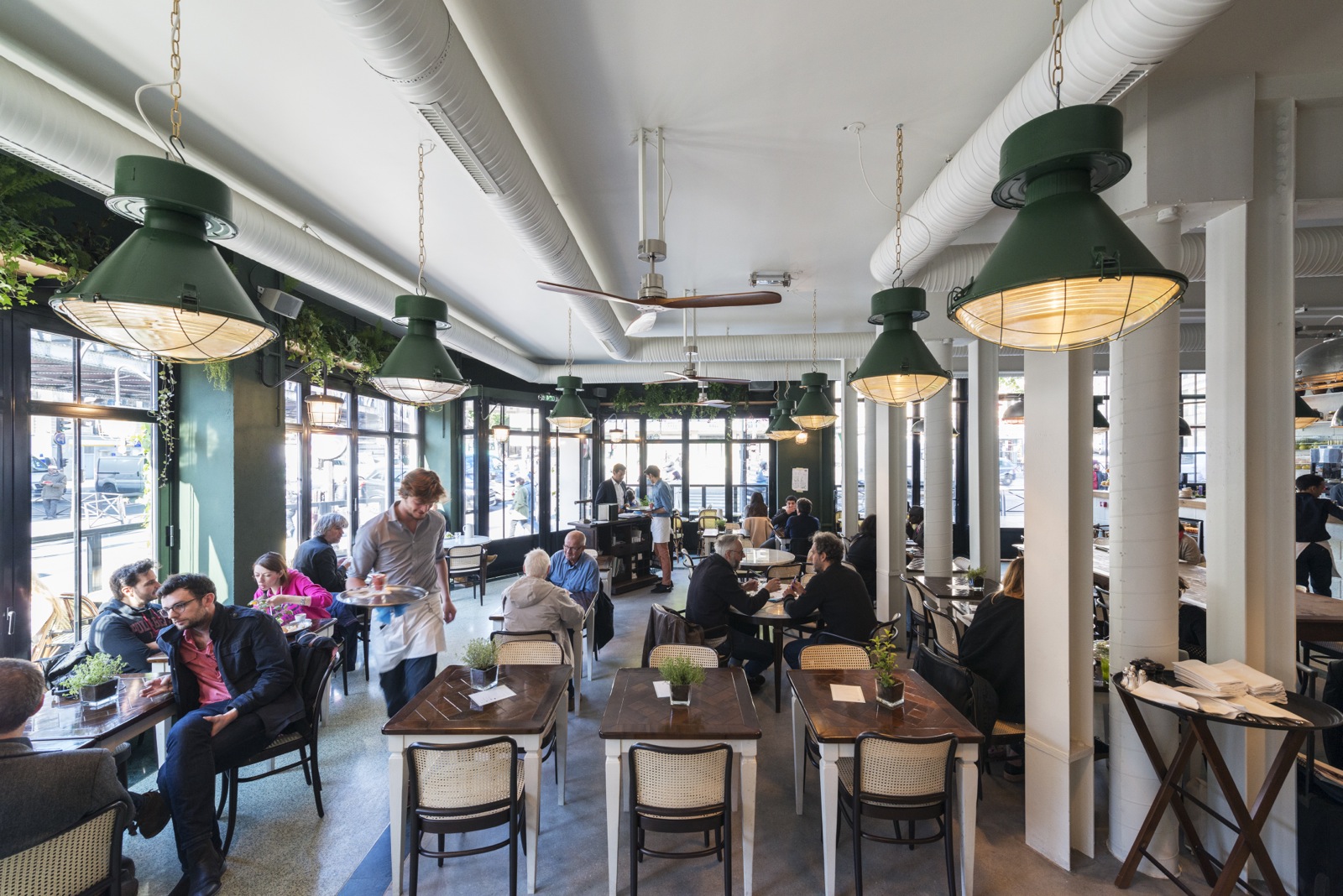 What must be this year’s most anticipated brasserie address in Paris finally opened its doors this April after a two-year refurbishment. While Brasserie Barbès has been criticized for being too expensive, contributing to making the unpolished Barbès neighborhood too “bobo,” and for having to queue for a table, the staff makes patrons feel welcome just as they are – whether they’re from this generation or the one before last, and whether they’re wearing scruffy trainers from their teenage years or have seemingly just stepped out of Vogue. 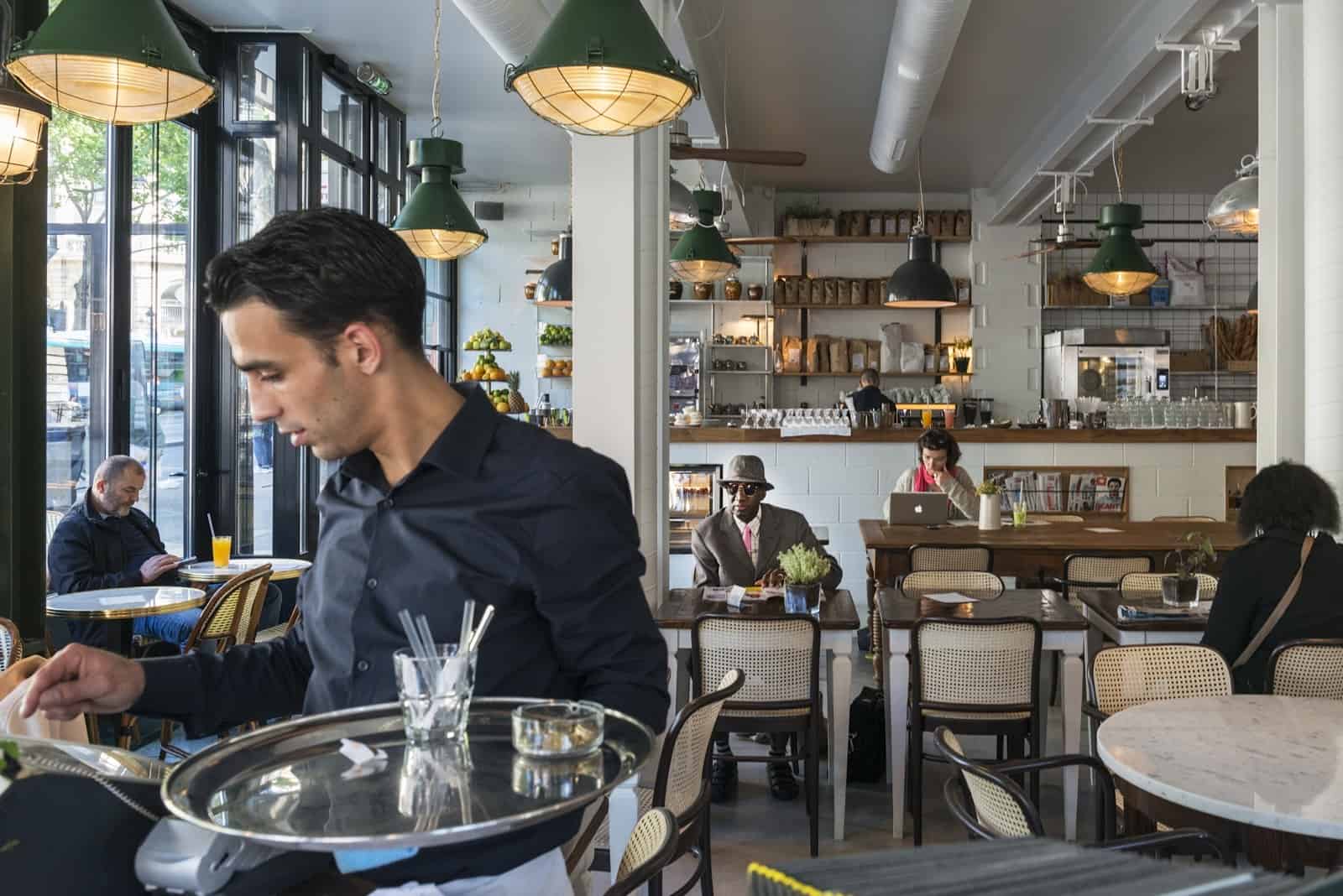 The brasserie sits on a street corner in the 18th arrondissement’s Barbès neighborhood, in the location of the former Vano discount shop and just across the street from the Louxor cinema, an Art Deco masterpiece. In fact, the new venue also comes with its own South Floridian Art Deco swing, echoed in its enormous bay windows, glitzy brass lighting fixtures, and flower-patterned carpets. 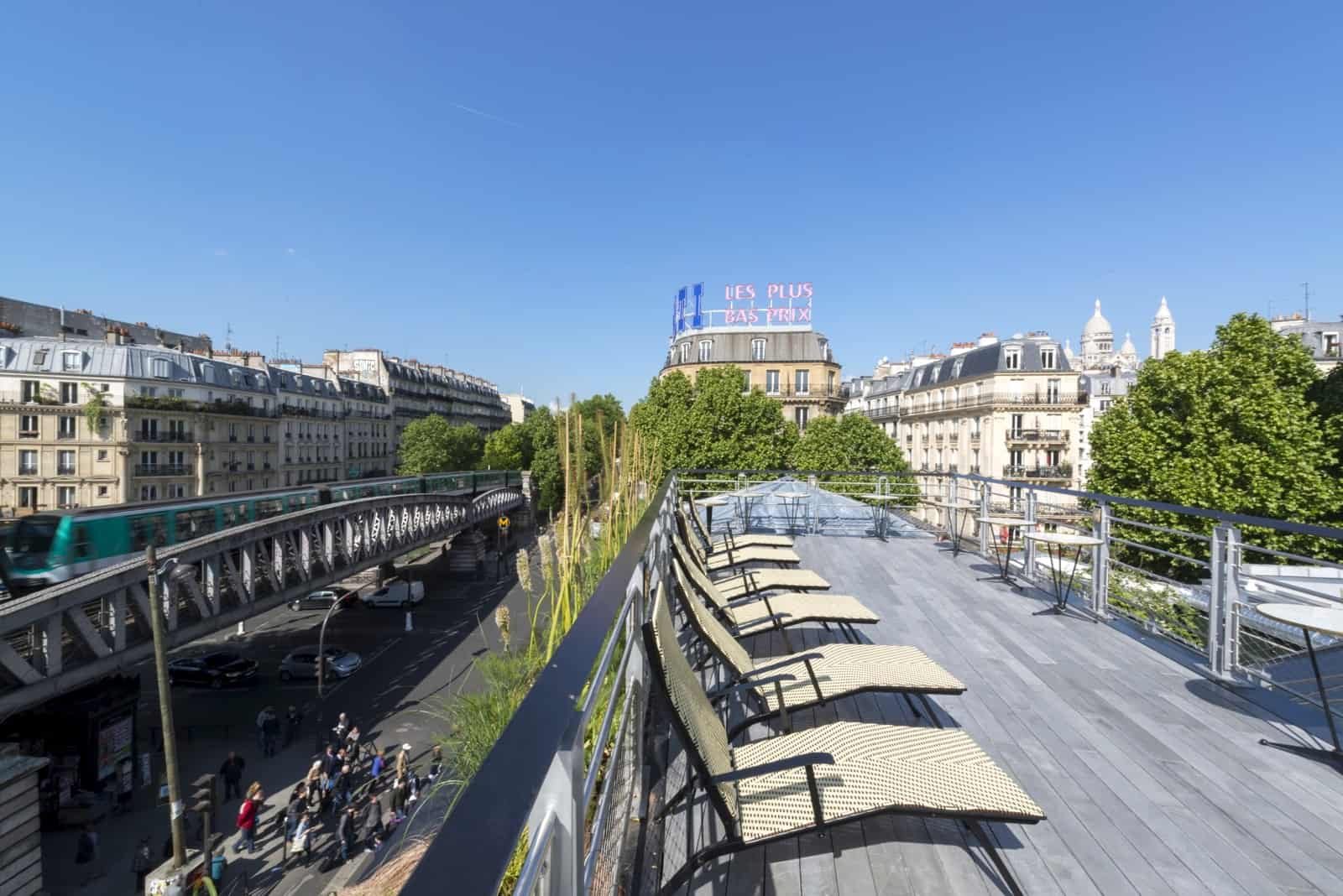 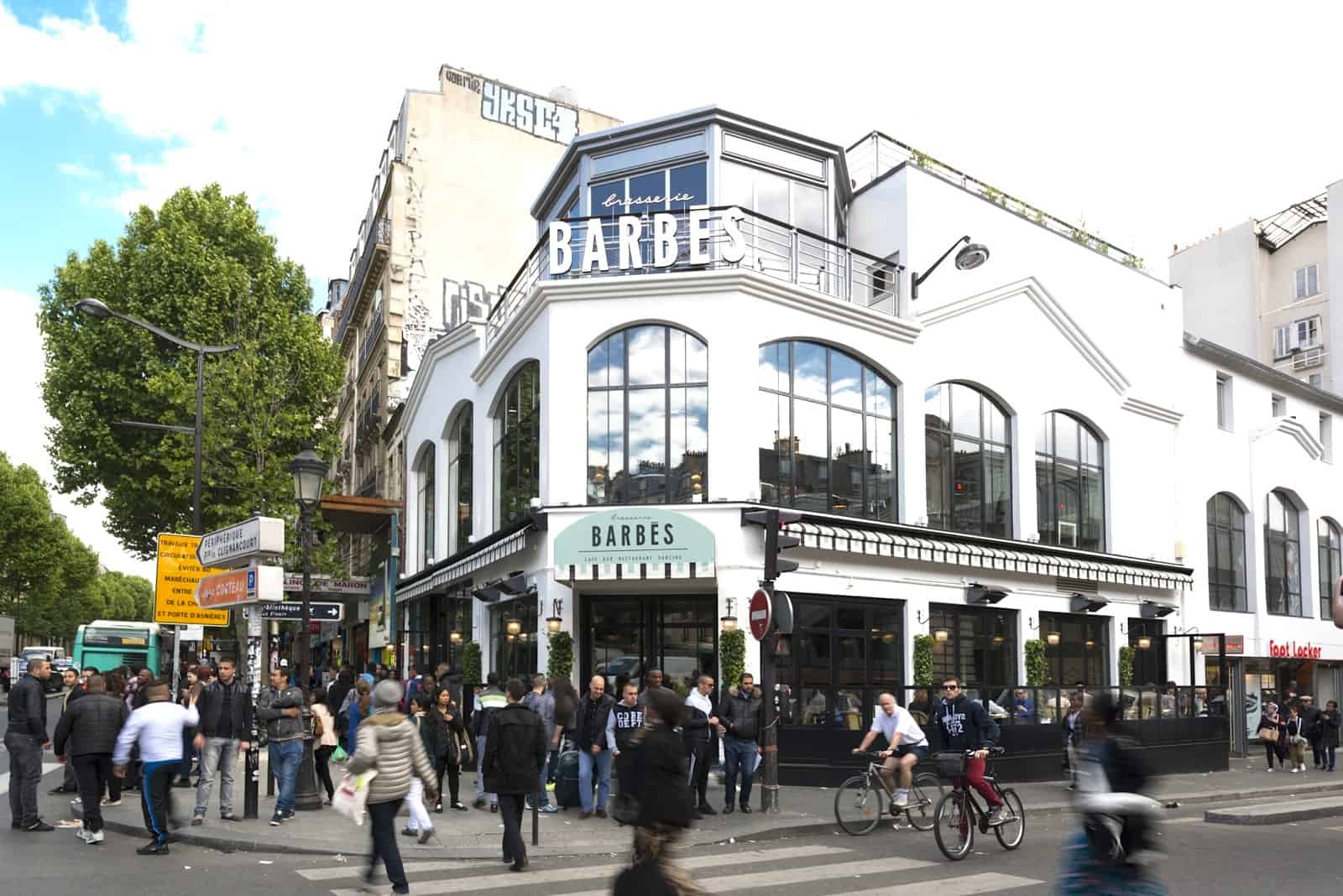 This brasserie isn’t like any other in the city. Lose the rude service, lose the grubby décor, and lose the linear dining times of other brasseries, where the waiters seem to take pleasure in throwing you out for asking nicely if they’re still serving. No, Brasserie Barbès isn’t that. Open from 8am until 2am everyday, you can come any time you like. And behind this winning formula that breaks the brasserie mould for the masses crying out for a change are owners Jean Vedreine and Pierre Moussié of Chez Jeanette, Mansart, and Sans-Soucis. 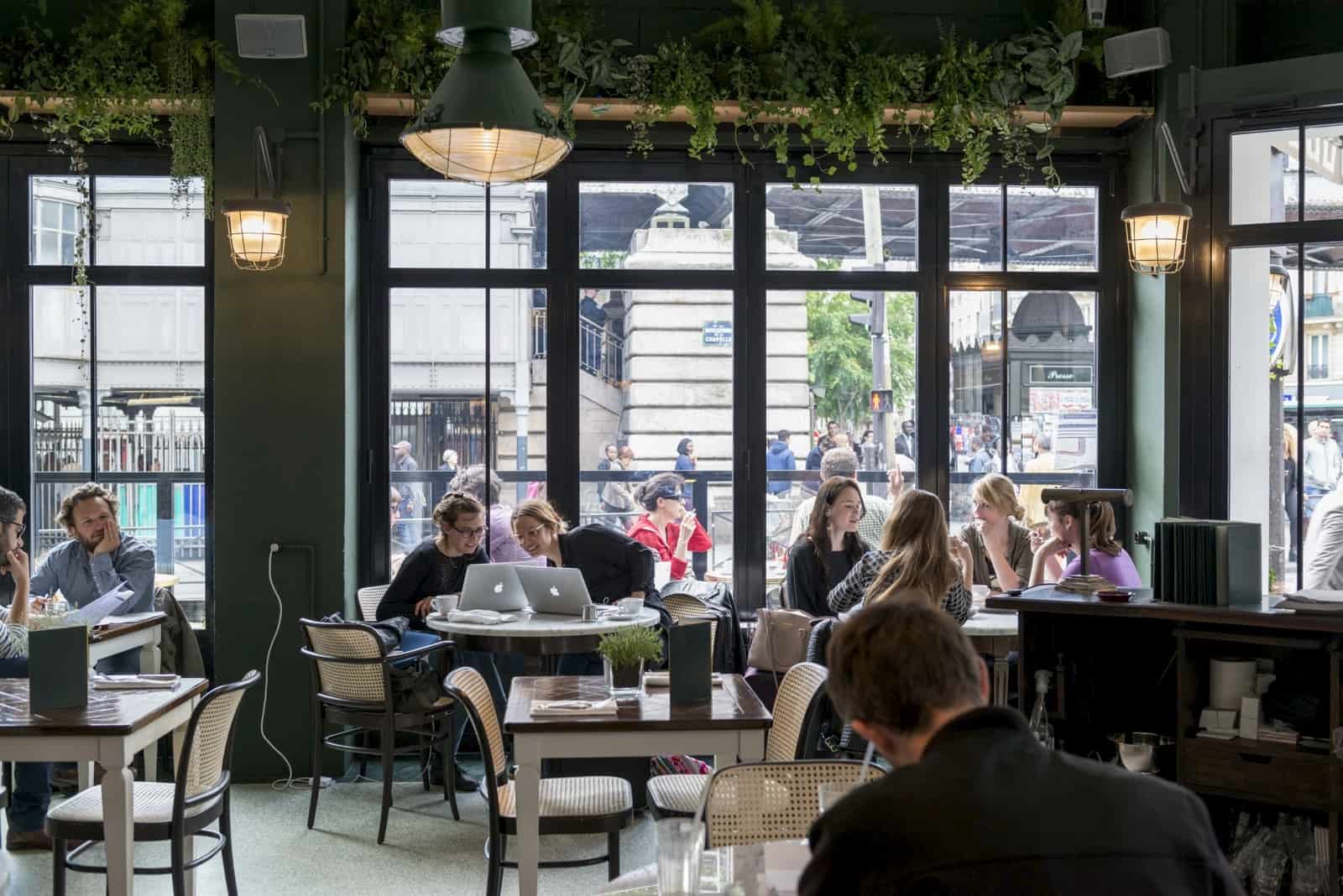 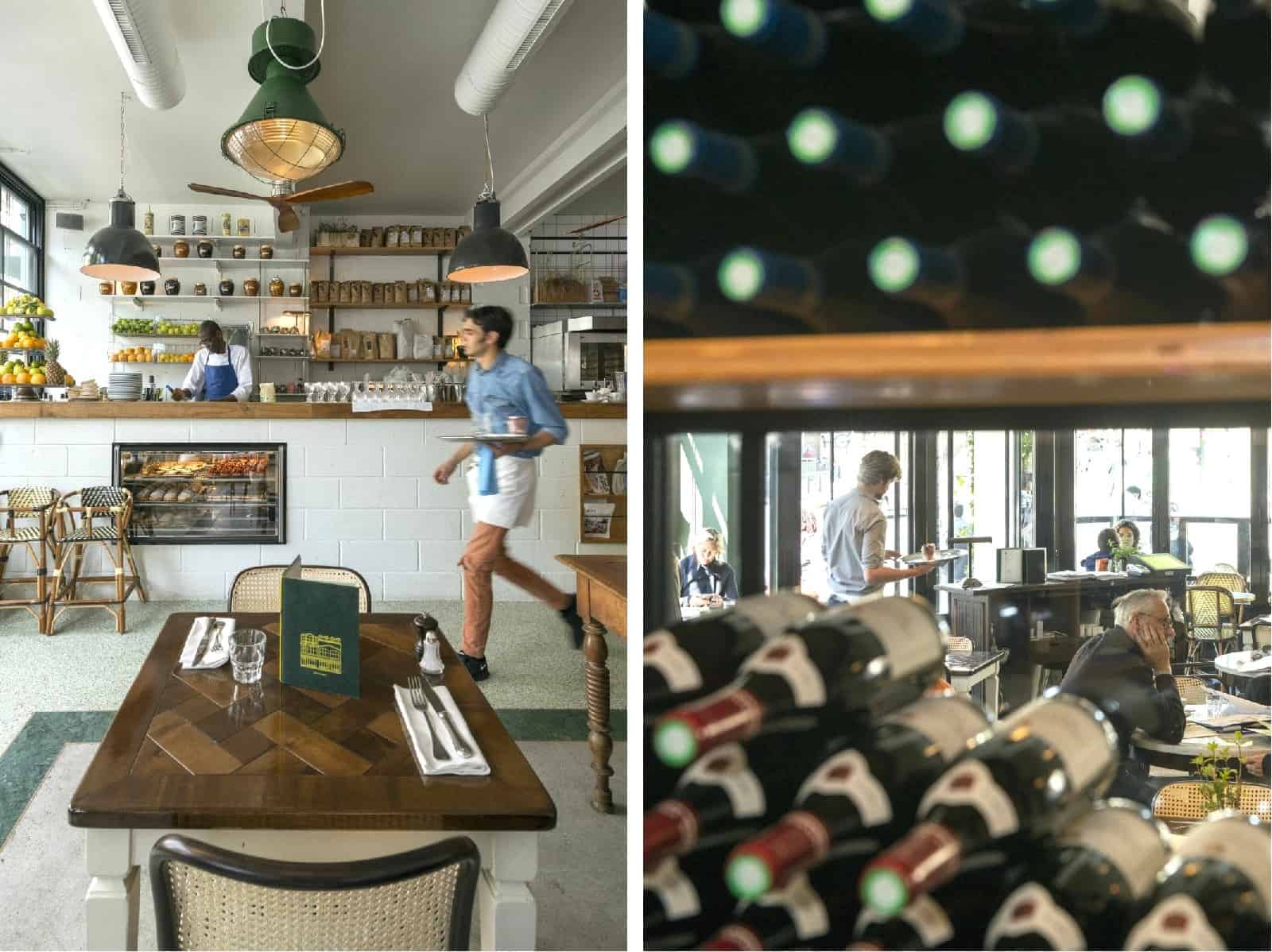 The 21st-century brasserie’s four floors each have their own distinct style, although the menu remains the same. While the ground floor recalls industrial Brooklyn with timber tables and exposed pipes, the first floor, with a cozy partially open roof, resembles a garden patio. Up a floor is “le dancing,” a nightclub open on the weekends, and one more floor up is a sprawling rooftop, one that’s bound to give other terraces a run for their money. 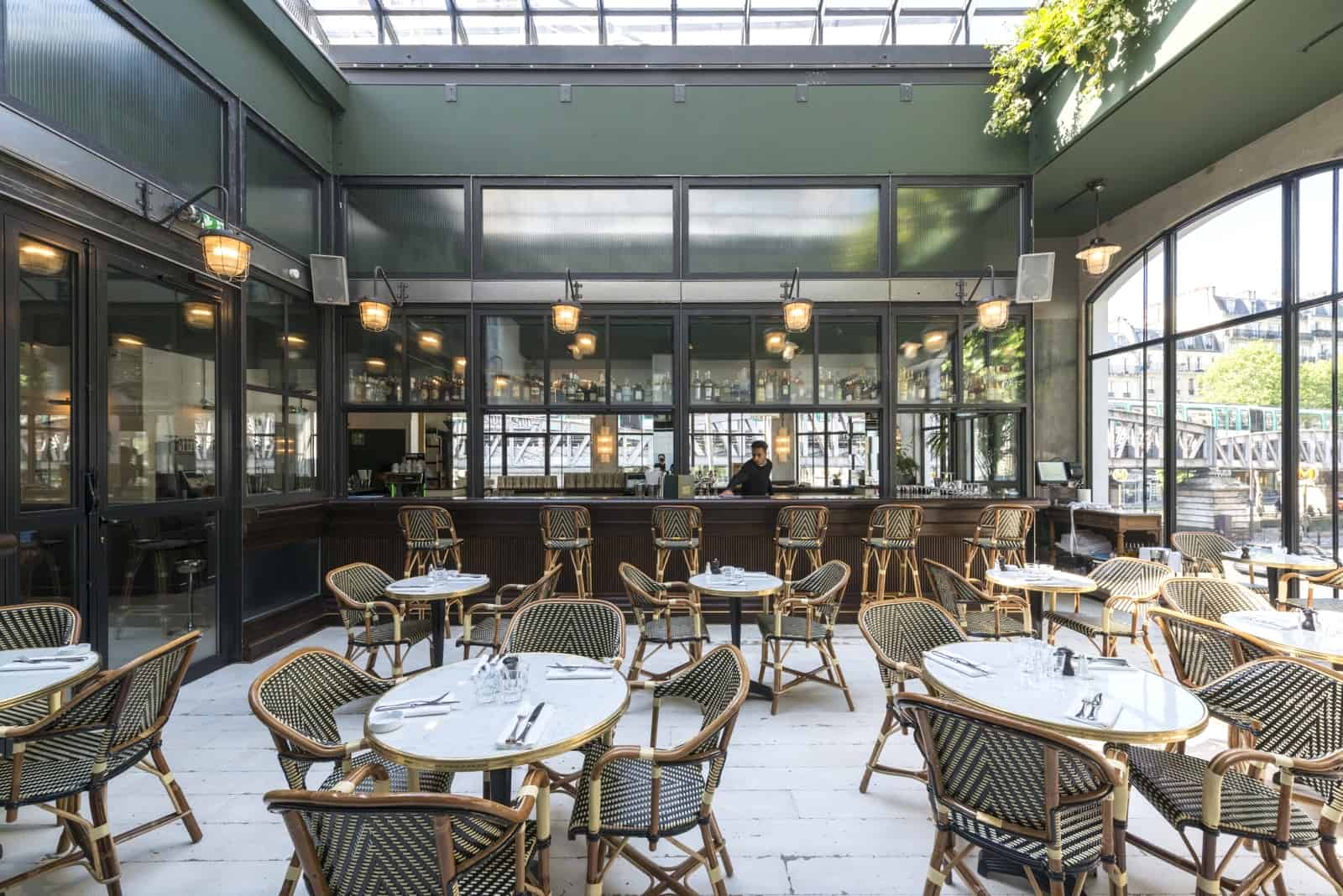 I lined up for no longer than five minutes before being waved upstairs by the well-dressed young man at the door, who, despite hungry diners in the queue throwing moody stares in his direction, remained the perfect picture of amiability. While I waited for my lunching partner to arrive, I settled at a marble-topped table and took in the view of the colorful Egyptian-inspired mosaics of the Louxor peeping out from the elevated metro line 2 that snakes through the area, and the pink-white-navy checkered exterior of the Tati discount store across the street. From here, the scene reads more New York than Paris, but then the menu arrives and I’m pulled back to the City of Light. 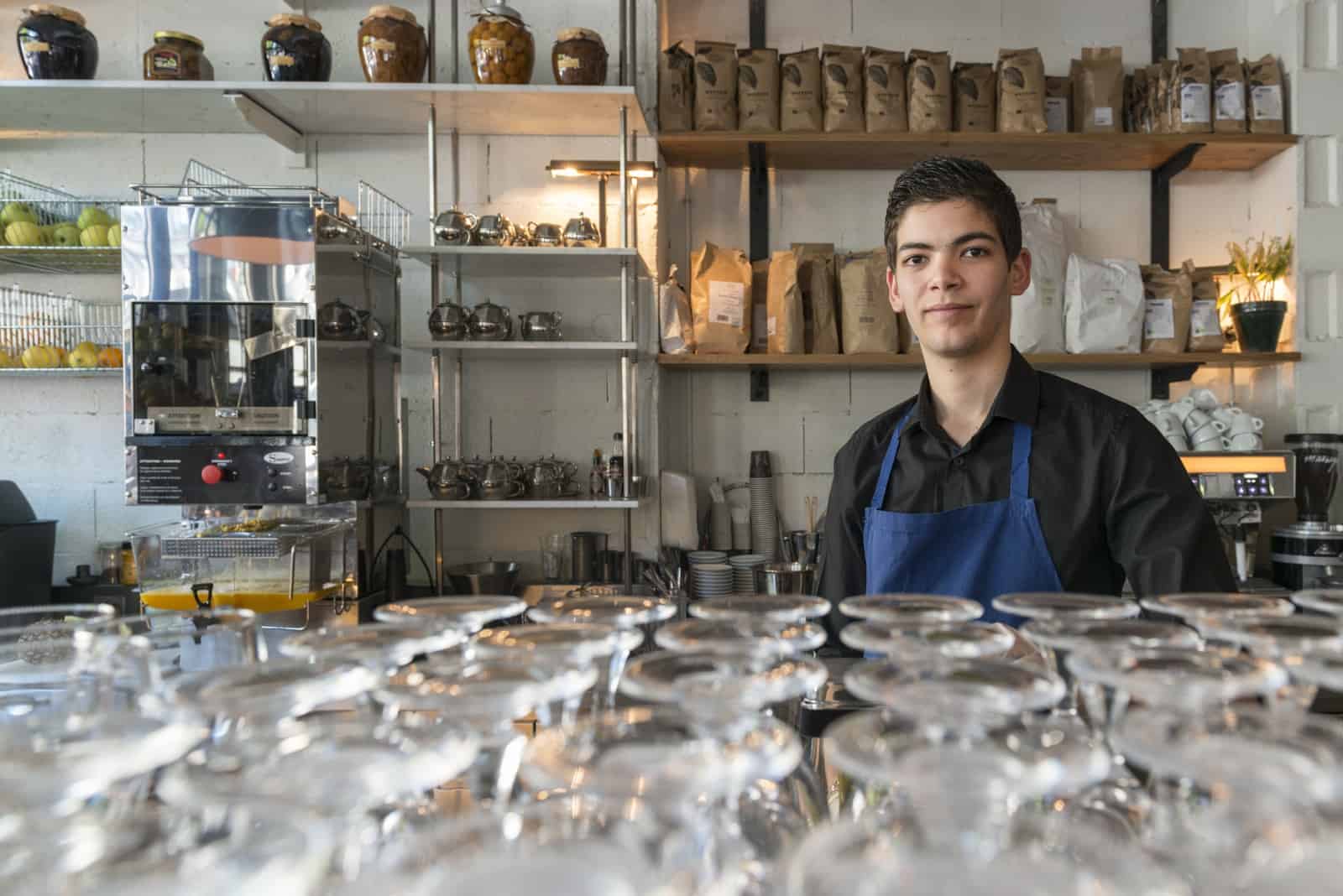 Although the menu prices aren’t on the cheap side (11-21 euro for a main), they won’t break the bank either. The options are varied and range from escargots to beef tartare, and included a shellfish risotto that caught my eye – and taste buds – which I decided to dig into later alongside a detox spinach, apple, lemon, and celery juice. And to spice up apéro time, there’s an extensive cocktail and wine list with many labels offered by the glass. 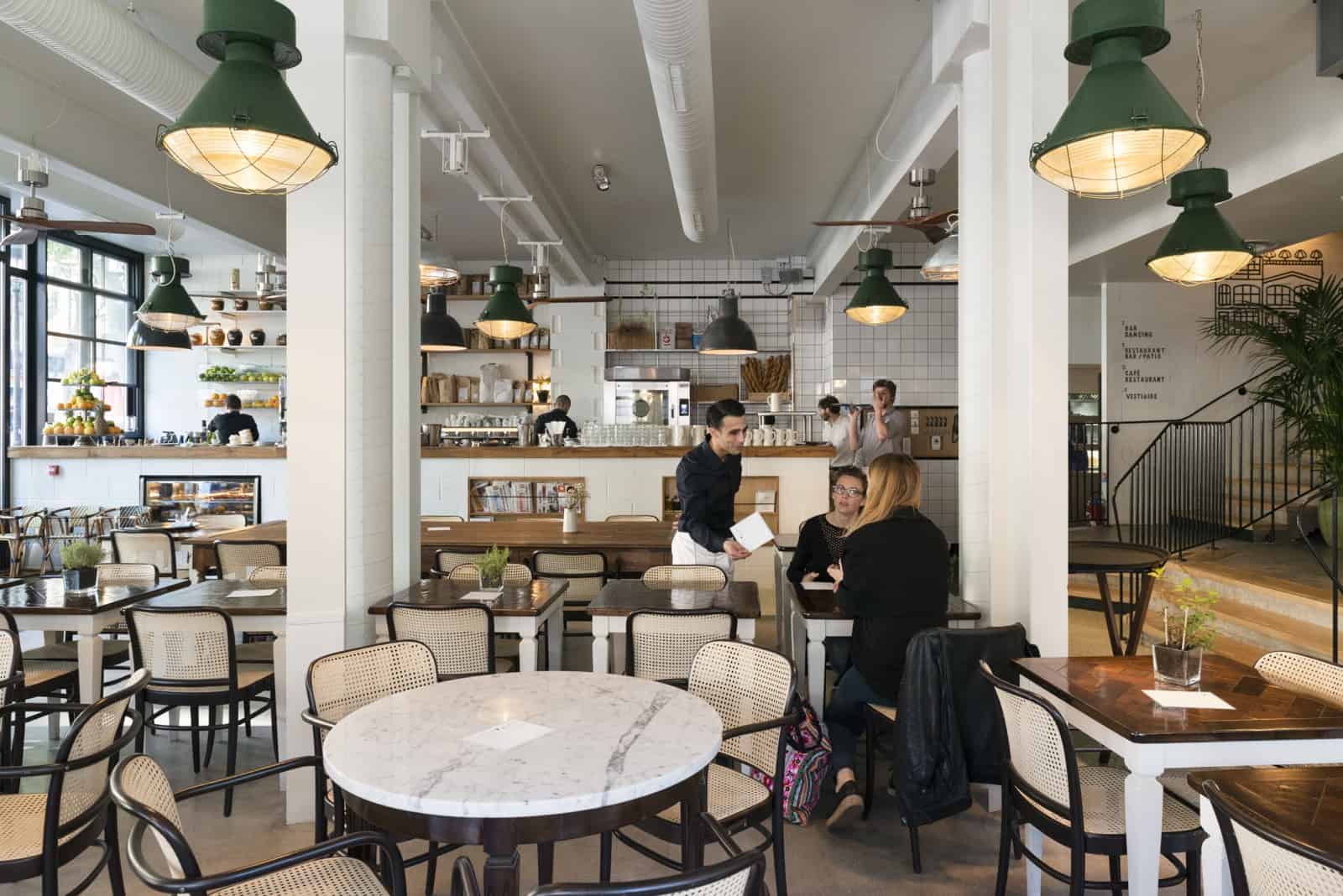 Written by Rooksana Hossenally for the HiP Paris Blog. All images by Briag Courteaux. Looking for a fabulous vacation rental in Paris, London, Provence, or Tuscany? Check out Haven in Paris.