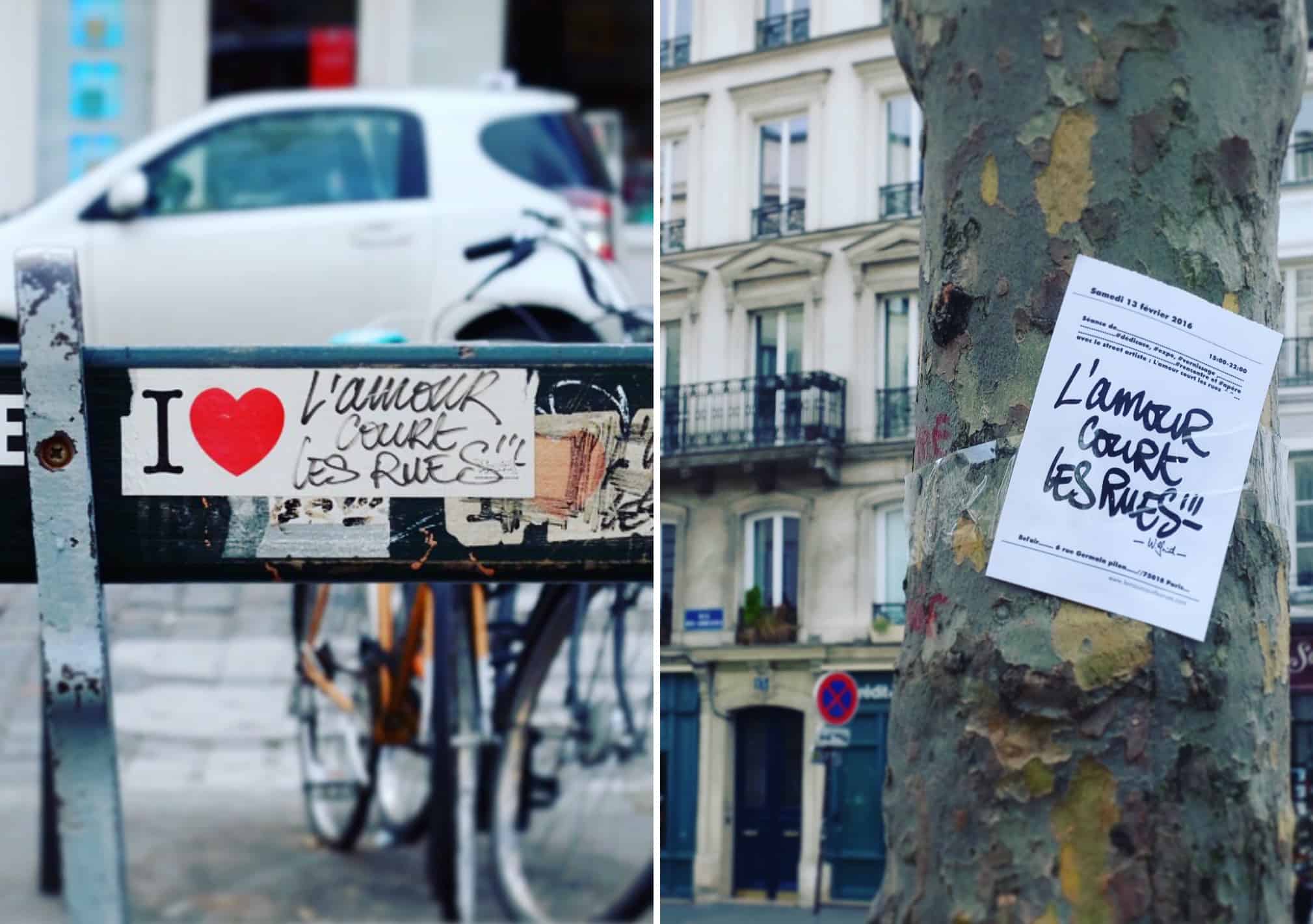 Paris, the City of Amour, is perhaps the most idyllic place to spend Valentine’s Day. But it’s much more than breathtaking vistas overlooking the Seine and its quiet cobbled passages ways. Design your own unique and très romantique lovers’ day by following in the footsteps of love on these three offbeat itineraries. 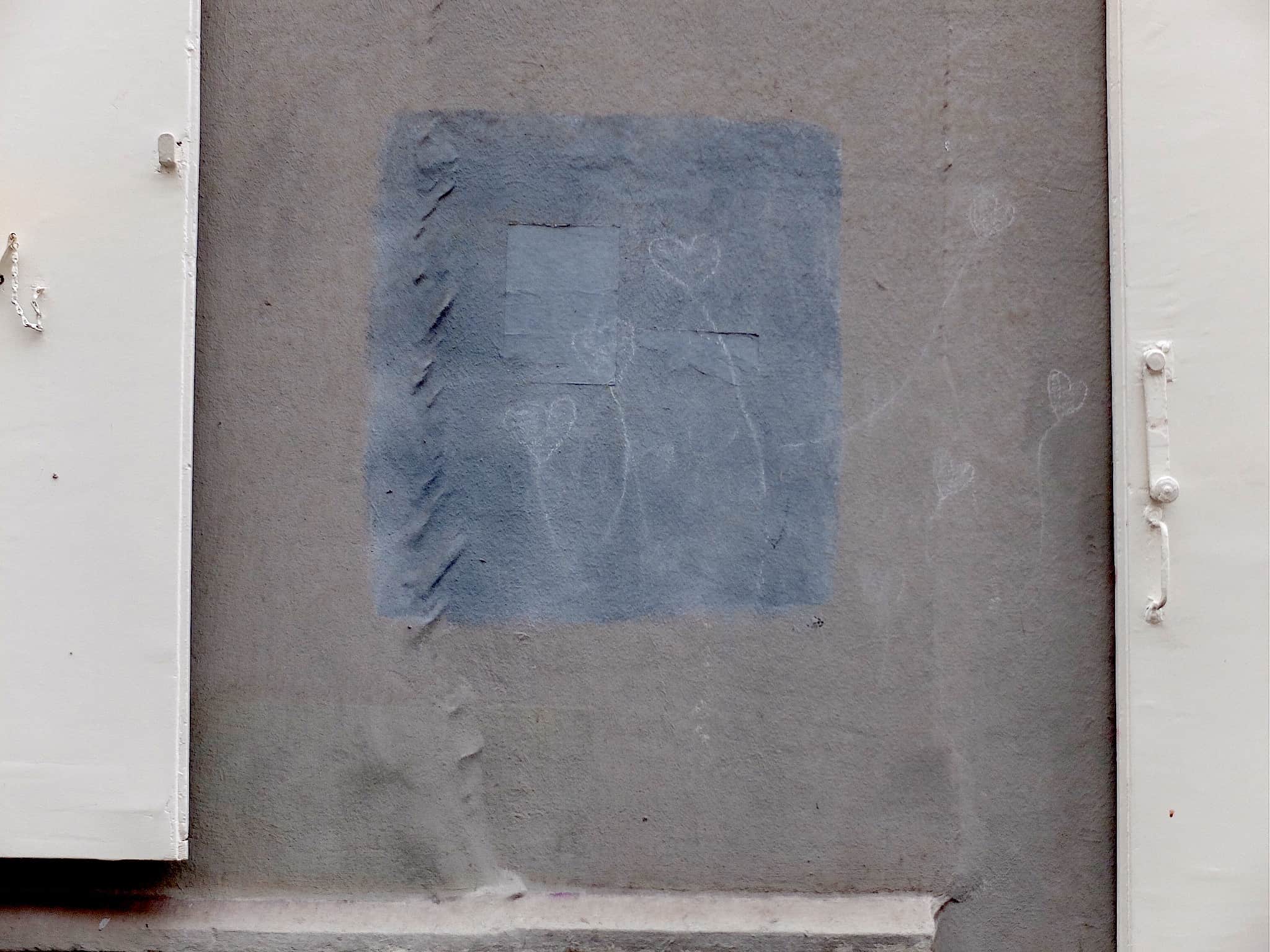 The city’s greatest museum also contains some of art history’s greatest representations of love, abundantly found in 18th-century French rococo painting. Luckily these works are located far from the museum’s big stars, like the Venus de Milo and the Mona Lisa, making a stroll to the second floor of the Sully wing (rooms 54 to 36) a perfect jaunt for secret lovers.

You can’t help be swept up in the amorous atmosphere of these voluptuous tableaux featuring love gods, romantic exploits, and fêtes galantes. Valentine’s own Cupid is caught giving his first kiss to his fated lover in François Gérard’s rendition of the classic tale of Cupid and Psyche (room 53). King Louis XV’s love for his mistress the Comtesse du Barry is illustrated in the large works by Joseph-Marie Vien: Greek Maidens Adorning a Sleeping Cupid with Flowers and The Lover Crowning his Beloved (room 52). The character Innocence is corrupted by Cupid in the vivid painting by Jean-Baptiste Greuze (room 51).

Your hearts will continue to flutter thanks to one of the era’s great masters François Boucher’s monumental Vulcan’s Forge (Room 48) or through his lovesick duo Rinaldo and Armida (Room 38). In the same room, François Lemoyne depicts another female seductress in his Hercules and Omphale, the classic hero shown here fallen hard under the Omphale’s spell. Lastly, don’t miss the delicate works of Watteau, another valiant defender of romance, at the end of the wing. 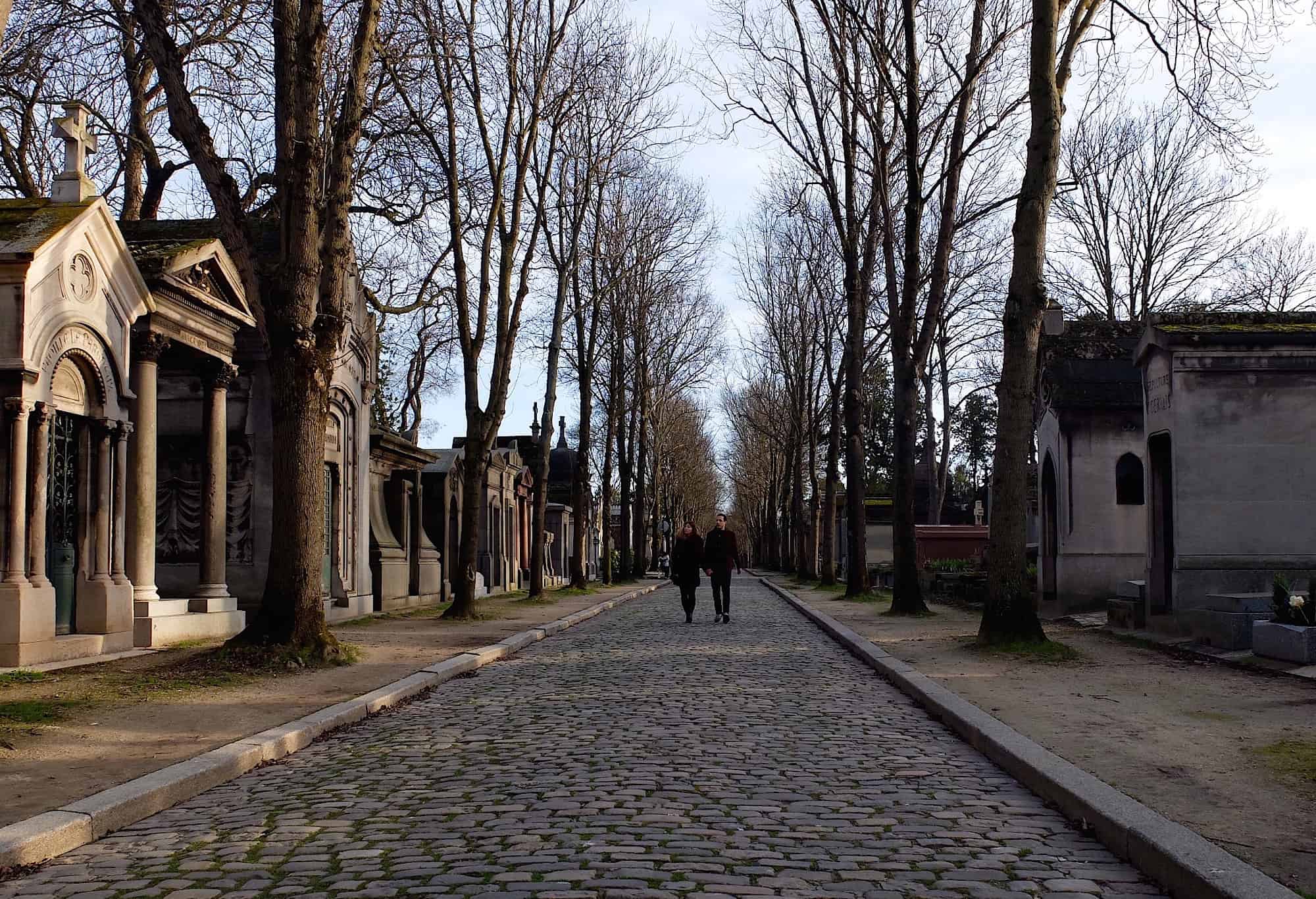 Till death do us part is not the case at Père Lachaise cemetery, where love seems to last eternally. The largest cemetery within Paris’ city limits (44 hectares/110 acres), it was opened in 1804 and today contains the remains of over one million people. With such an immense number of Parisian figures, there are indeed many examples of great lovers and tracking some of them down can be the theme of your stroll.

Start with one of the cemetery’s most famous pair of lovers (and its oldest “residents”): Abelard and Heloise. The legendary medieval lovers’ remains were transferred here in 1817, and as the tradition goes, lovers or lovelorn singles should leave letters with their wishes at the crypt (division 7). As you make your way through the tiny pathways you’ll most certainly end up in the “romantic section,” the central area, which is also the oldest. It contains some of the loveliest tombs and has been classified as a national monument (mainly divisions 4-39).

Here you can find some of the most important figures of the 19th century Romanticism, like Frederic Chopin (division 11), Théodore Géricault (division 12) or Eugène Delacroix (division 49). The obscure romantic can hunt down some lesser known personages of the era, such as Marie Catherine Sophie, Comtesse d’Agoult (division 54), a French romantic author and once the lover of composer Franz Liszt, or the Comtesse Marie Walewska d’Ornano (division 67), a mistress of Emperor Napoleon, whose heart remained here in her husband’s family crypt, whereas her other remains were returned to her homeland in Poland. 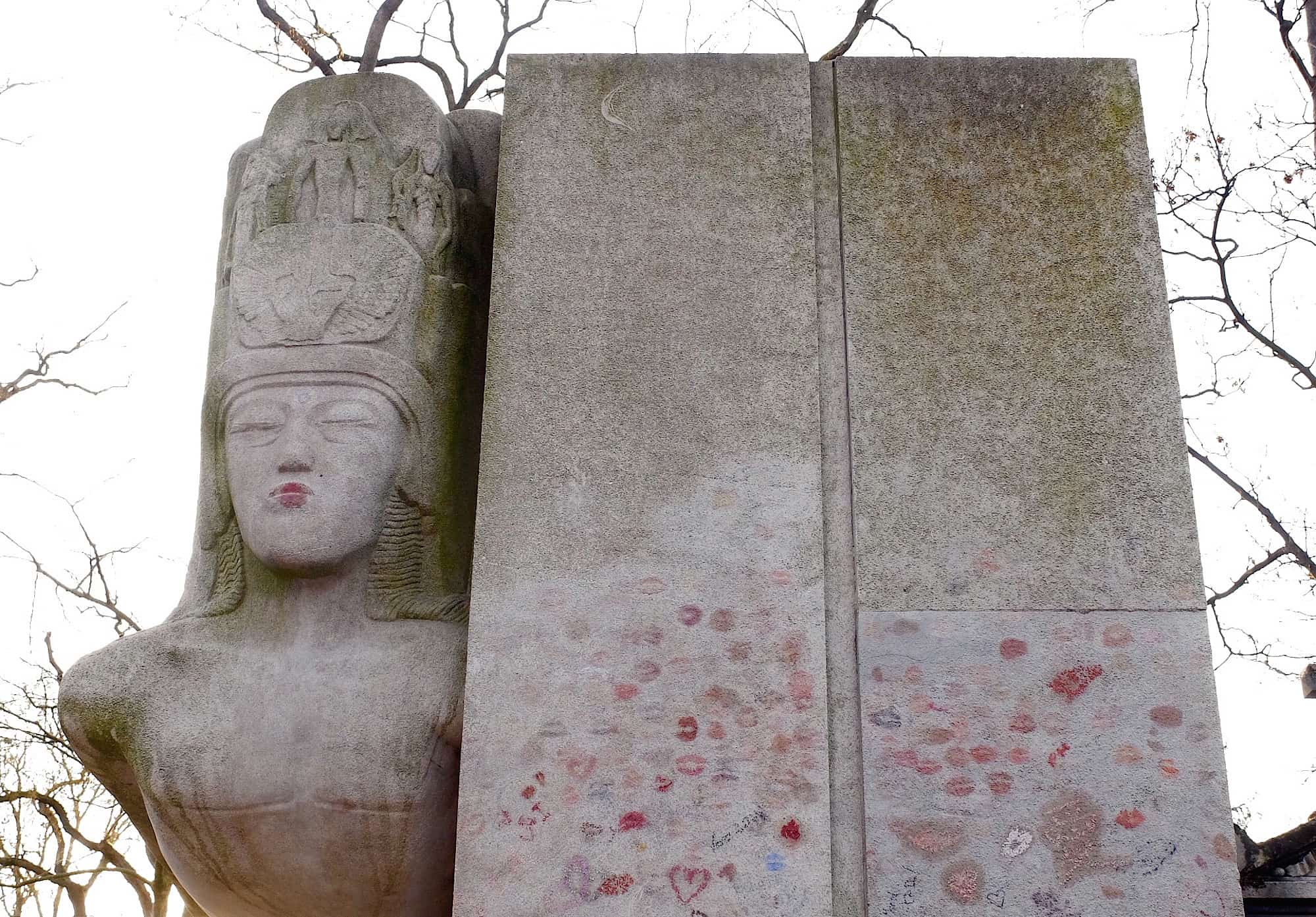 The twentieth century also left some heartstruck couples at Père Lachaise. Italian artist Amedeo Modigliani, who died an unfortunate early deathfrom tuberculosis at age 36, is buried with his tragic mistress Jeanne Hébuterne (division 96). Mythical French songstress Édith Piaf is buried next to her second husband, actor and singer Theophanis Lamboukas (division 97), with whom she’d sung the duet “À quoi ça sert l’amour?” (What Good Is Love?), a sentiment possibly reconciled through their relationship as their tomb is engrave with “Love Conquers All.” Not far are some of the literary world’s greats; Gertrude Stein is eternally wedded to her life partner 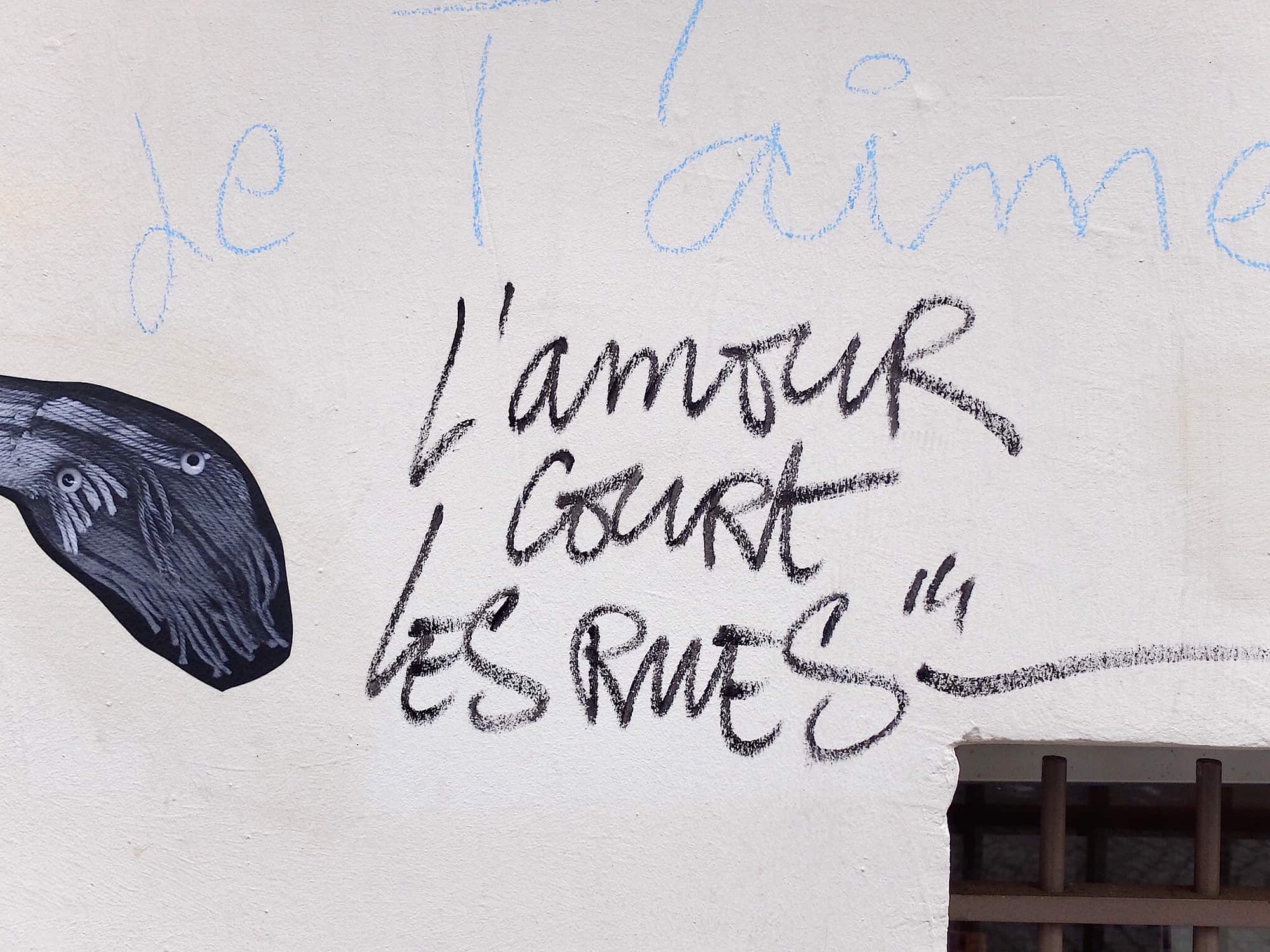 L’Amour Court les Rues, Love in the Streets of Montmartre

Montmartre may have the “Love Wall,” but expressions of love run rampant through the neighborhoods cobbled streets. Literary; these days with a work of street artist Wilfrid’s, “L’Amour court les rues.” His slogan, “love runs through the streets,” first scrawled in late 2014 in response to a tag of “love is dead,” has now spread throughout the area with dozens of declarations on the area’s facades, benches, pedestrian crossings, construction barriers, and abandoned planks of wood.
If you come up to Place des Abbesses on Saturday February 13th from 3pm to 10pm, Wilfrid will be present, signing any material you bring with his slogan (an ideal Valentine’s gift!). Alternatively, amble through the quiet streets around Abbesses any day and you can challenge your chéri/e to see who can spot the most “L’Amour court les rues.” You’ll have to keep your eyes peeled… some are where you might least expect. Along the way you’ll find other romantic imagery, from restaurant chalkboards to chalk-drawn hearts, that can count in your contest. You can also post your finds to the “Amour court les rues” Facebook page or Instagram account.

The winner can be rewarded with some toasty hot chocolate or vin chaud at one of the area’s many cozy cafés… or some other reward for the rest of your Valentine’s Day. May it be filled with love wherever you are and whatever you do! 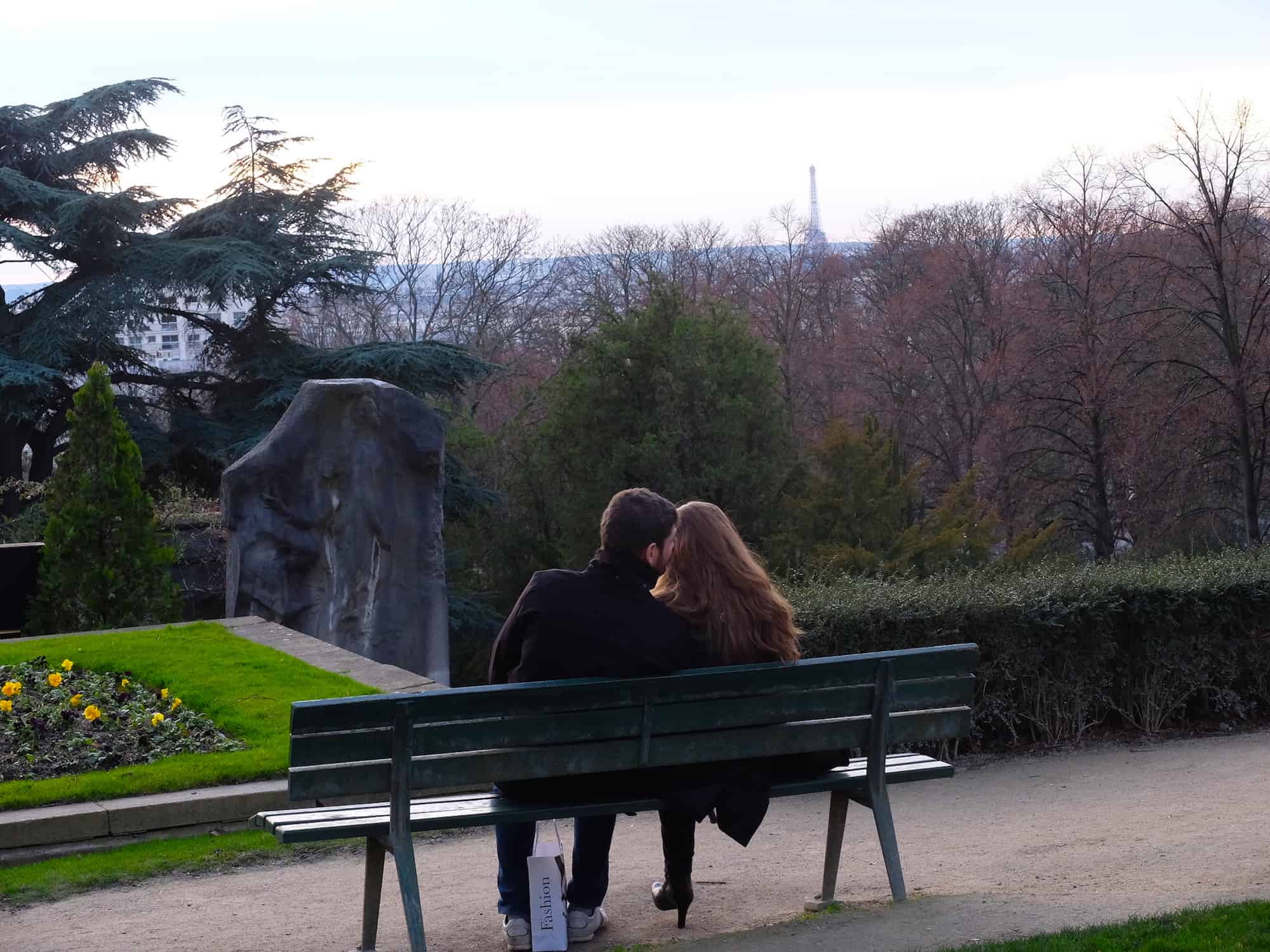 Written by Lily Heise for the HiP Paris Blog. All images by Lily Heise. Looking for a fabulous vacation rental in Paris, London, Provence, or Tuscany? Check out Haven in Paris.

So fun meeting Wilfrid and (bonus!) Lily Saturday night at L’Amour Court les Rues. Thanks for the tip. So happy to have my own original Parisian street art to take back to America with me! Cheers!