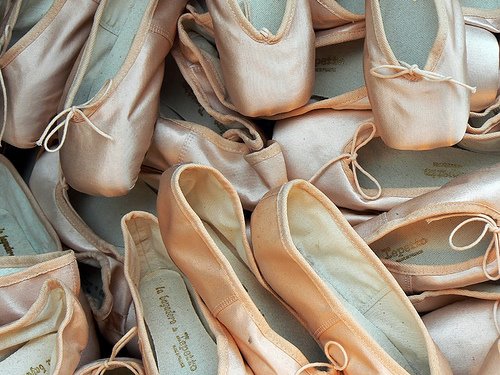 When it comes to footwear, there is one word that sends fashionistas around the globe swooning: Repetto. The brand is a well-kept secret that Parisians have known about since the first pair was created in 1947, but (as usual) the rest of us are just catching on. Frankly, I’m not the type to squeal over a pair of shoes—or so I thought, until I had a Repetto-related epiphany that made me realize what all the fuss was about.

The brand’s cult status dates back to the 1950s, when Rosa Repetto created an iconic ballet flat for sultry French actress Brigitte Bardot. In the 1970s, Serge Gainsbourg got on board, and the rest was history. Though the company still creates actual dance shoes, many of their styles have been co-opted by those who simply want to prance around the streets in them (myself included). Today, most self-respecting Parisiennes have at least one pair in their closets.

The shoes’ popularity is not solely due to their cuteness (although they’re very cute), but also to the fact that they are made by hand in relatively small batches, so even though they can now be found globally, there is still an air of exclusivity about them. Limited edition colors and styles come out each year—but once they’re gone, they’re gone.

I made the mistake of falling in love with a limited edition pair and not buying them immediately. Before I knew it, they were sold out everywhere. I literally pounded the pavement in Paris, Montreal, New York, and Paris again before reconciling myself to the fact that it was hopeless. My chance at greatness had passed me by.

And then one day, a greater force lured me into a boutique near Etienne Marcel  and, lo and behold, there they were—in my size and on sale. Suddenly I was squealing, and the salespeople looked scared,  and I was squealing again, and I think I blacked out for a minute, and then they were mine. See? I told you that retail miracles can happen during les soldes.

I’m still working on nailing the overall French aesthetic (it’s looking like it’s going to be a lifelong effort), but a pair of Repettos is definitely a step in the right direction. They make a great staple for any wardrobe, but honestly, these shoes are about more than a fad, more than a look, more than a label. Owning a pair feels like owning a little piece of French fashion history.

Plus, when I’m not in Paris, I simply slip them on and I feel like I’m complicit in a national French secret. At 150 EUR for a pair of basic ballet flats, they’re not cheap. But somehow, this is one cult that’s well worth the price of entry.

Read more online, or if you’re in Paris, make sure to check out Repetto’s gorgeous stores:

For further reading on Repetto:

I was thrilled to find the exact pair I wanted at the rue de la Paix boutique on sale near San Francisco months later!