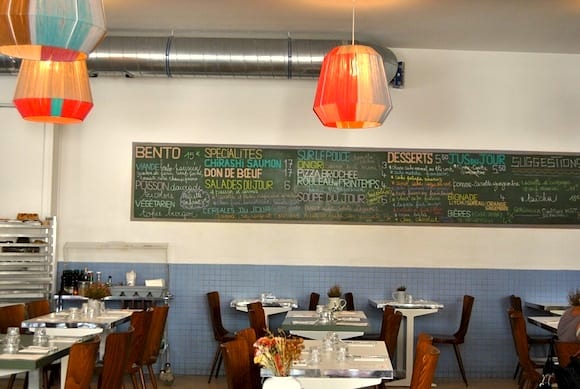 My job frequently requires me to eat elaborate three-course meals at lunch and dinner several days in a row. It’s something I have trained myself to do over the years and my stomach rarely utters a peep of complaint, as long as I don’t overdo the wine (not as easy as it sounds). I am grateful, though, when I come across a restaurant that acts as a kind of cleansing interlude, replenishing my body with crunchy vegetables and wholesome grains. 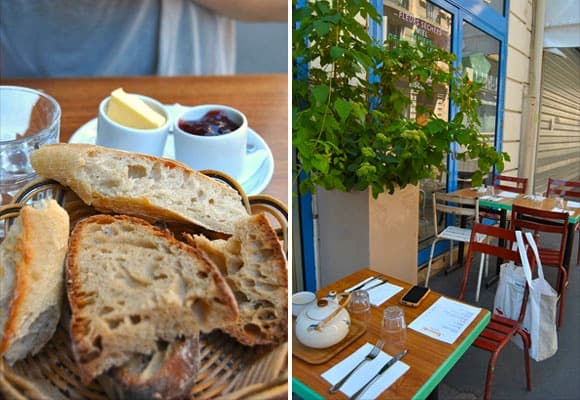 Until recently Rose Bakery served that purpose: after munching my way through one of their colorful mixed salad plates, I always felt ready to face another multi-course feast. But as this café has grown ever more popular and expensive I have started looking for alternatives, and Nanashi has become my new haunt.

Run by Kaori Endo, a former Rose Bakery cook who is also famous for preparing meals with scavenged market ingredients in an artists’ squat and writing the book Une japonaise à Paris, Nanashi brings a Japanese touch to simple organic fare, the type of food that I would like to eat at home every day. Though it’s advertised as a bento restaurant, the food is served in plates and bowls rather than the traditional compartmentalized box. 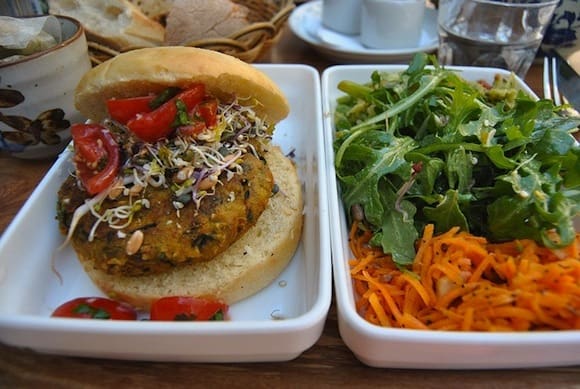 Open only for the past few months, Nanashi has already expanded to two locations, one in the newly fashionable rue du Paradis near Gare de l’Est and the other in the very-much-arrived northern Marais. The first feels more like a loft in Brooklyn than a Paris café, with 1960s-style furnishings and quirky objects such as German beer mugs. My friend and I were the first to arrive at 8.30pm, but an hour later the spacious dining room was packed with health-conscious local hipsters. A few years ago it would have been hard to imagine Parisians swapping their cigarettes for grilled tofu; times have changed and the city is no worse for it. 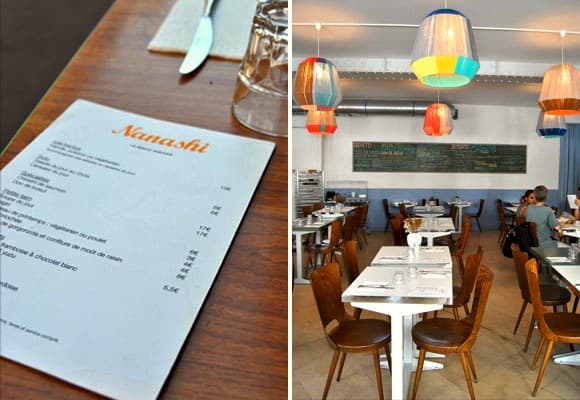 The blackboard menu has a limited selection of dishes, from meat, fish or vegetarian “bentos” to salmon chirashi (raw fish on rice) and smaller plates such as a brioche pizza or spring rolls. Brunch, served on weekends, also includes muesli, yoghurt and a children’s plate. For my first Nanashi experience I tried the vegetarian bento, which brought me two surprisingly large chunks of grilled tofu topped with mashed avocado on a bed of red and white quinoa. Accompanying this was a plate of three salads reminiscent of Rose Bakery, making for a generous meal that left me feeling invigorated even if my friend and I did polish off a bottle of organic red Burgundy. 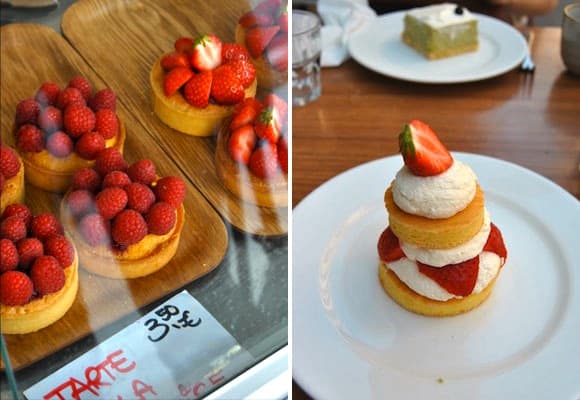 A couple of months later I decided to try Nanashi II, whose long dining room with plain wooden chairs has a functional feel like a Scandinavian school canteen. Endo seems to have perfected her formula and we found the same selection of dishes as at the original, with bentos that change daily. This time my friend Erica took the vegetarian option, a delicious tofu burger with seaweed and lentils in a soft white bun made on the premises, while I had the “banka” trout from the Basque country, served brunch-style with scrambled egg, asparagus, a potato topped with fromage blanc and a helping of wheat, plus the requisite plate of salads (I especially liked the beets with chick peas, green beans and hazelnuts). 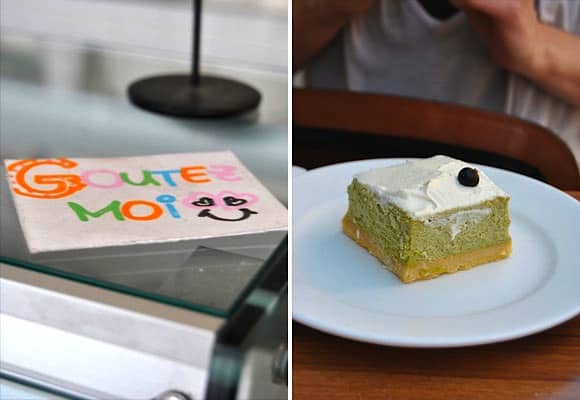 Though again there was plenty of food, we couldn’t resist trying the matcha cheesecake, which was rib-sticking but not too sweet with its layer of plain whipped cream. Not surprisingly given the value for money — we paid 15 euros each without the cheesecake — the dining room was full again, and the friendly staff seemed to have no trouble keeping up. Will there soon be a Nanashi in every neighborhood? I’m not the only one who would be delighted.

Written by Rosa Jackson. All photos by Bouquet de Bamboo. Looking for a fabulous vacation rental in Paris, Provence, or Tuscany? Check out Haven in Paris.

Thanks again for the Nanashi post. I went there on our trip last week and it was SOO good. The staff was so friendly and the food was so delish. I actually felt nourished after eating there because I had a complete vegetarian meal. Worth every rushing moment to get there.

Thank you for all of the veggie options in Paris. Last time we just stumbled our way through and it was ok, but this trip I’ll be able to pick some yummy places and feel like I’m in the know.

Another brilliant discovery on “must read” blog.

Sounds lovely! I can’t wait to try it!

Ha ha Christine, you know me! Thanks Bouquet de Bamboo for adding the beautiful pictures to my piece.

Aha! I knew after the first paragraph that this would be written by Rosa! Miss all of her Parisian food insight!