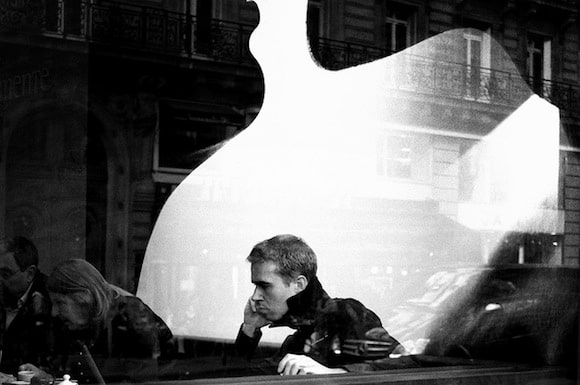 Paris is known for many things: its light, its bistros and, of course, its fashionably chic women. But what about its men? Do les hommes parisiens share that certain je ne sais quoi for which their female counterparts are so admired?

Parisian men do, however, have distinctive style that manages to marry the rakish allure of Vincent Cassel or Olivier Martinez with the more bourgeois appeal of, say, Francois Cluzet. In short, his cool charm derives from an unstudied, imperfect look that works without looking overworked. Matchy-matchy, perfectly pressed and impeccably coordinated is just un-Parisian. 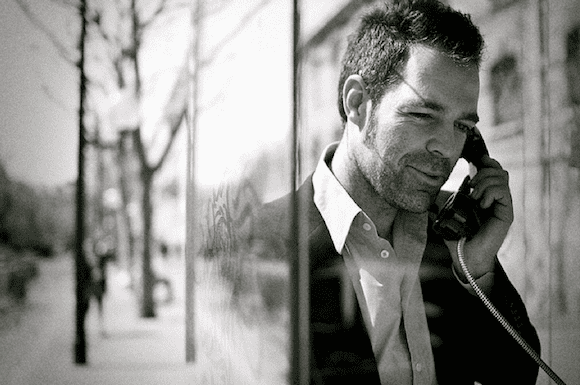 Here are some hallmarks of Parisian style pour homme, as seen on the city’s streets this chilly season.

Le foulard: There may be no look more “French” than an artfully tied scarf. Men are rarely seen in Paris without stylish neck wear — rain or shine. From the classic Burberry check to sumptuous cashmere or printed cotton, a casually wrapped neck is simply a must.

Les chaussures: Men’s shoes have gone narrow and pointy; classics like leather oxfords and sporty suede bucks have seemingly been stretched. A gently pointed toe is the only shoe shape that looks right right now. For weekends en ville, swap out the dress shoes for a well-worn pair of tennis — Puma or Adidas, please. 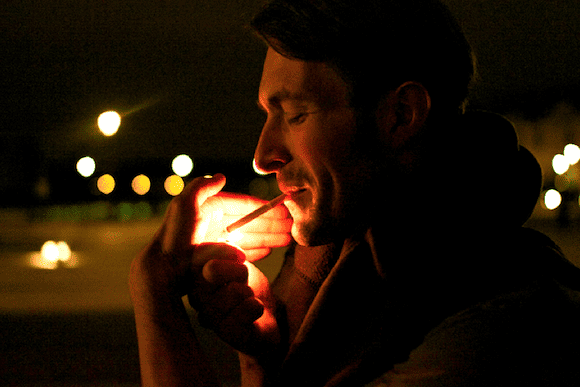 Les pantalons: Athletes with ample quads, beware: Modern Parisian trousers are très slim cut. Like those spotted on fashionable Parisiennes, slim-cut dark wash jeans for men can go almost anywhere in Paris these days. Worn with a tailored blazer or fine-knit sweater (think body-hugging), un jean works just as well for a stroll through the Centre Pompidou as it does for a dinner at a swank bistro. Whether it’s jeans, chinos or wool trousers, keep the cut close; a flared leg or tailored cuff is a definite style don’t.

La coiffure: For that perfectly tousled Parisian guy look, follow these simple instructions. Grab a black motorcycle helmet and fasten the chin strap (or don’t). Hop on a Vespa and speed across Paris, lighting and re-lighting a Gauloise at each traffic stop. Once the desired destination is reached, remove said helmet, rake fingers though the hair and shake vigorously. Bit of a windblown, tobacco-soaked mess? Parfait! And for men of a certain age (or hair line), offset a close-cropped ‘do and well-trimmed stubble with hipster plastic-framed lunettes. Complete the look with a fitted blazer in dark velvet or narrow corduroy for that exec-meets-Oberkampf look. 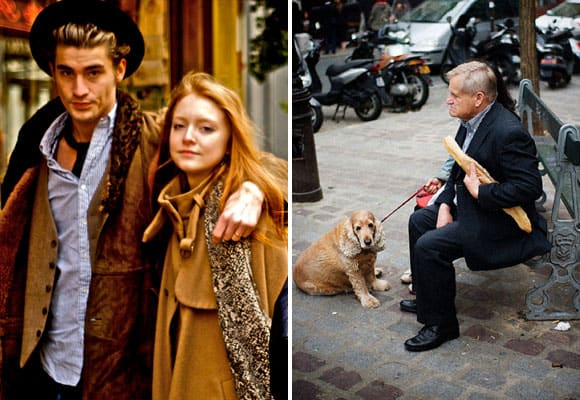 Les No-No’s: There are some looks that just won’t fly in Paris, no matter the season. No big surprises here: Baggy cargo shorts, baseball caps, athletic team paraphernalia in any guise, white tennis shoes (unless they’re ironically worn retro K-Swiss), white socks (but you knew that), and outdoors-y gear (think Patagonia and North Face) are all better left at home or stowed for that weekend à la campagne.

Ultimately, a Parisian man’s recipe for great style is simple: Don’t fret an extra day sans douche; a tousled confidence that says, “I just rolled out of bed,” is a key to Gallic cool.

Written by Paige Bradley Frost for the HiP Paris Blog. Looking for a fabulous vacation rental in Paris, Provence, or Tuscany? Check out Haven in Paris.

No baggy shorts, noted! This year’s fashion trend is just simple but at the same time elegant. I wanna marry a Parisian man too! LOL.

Yep, I married one! My friends back home love to say “oh, he looks SO French” 🙂

Yes, Parisian men do have style! Their respectful admiration of women is also very seductive. Thank you for commenting.

I consider myself most fortunate for the fine men I’ve known in France – their substance, their style, their humor, their utter adoration of women…

Perhaps one of the most elegant aspects of style there is, particularly when it’s genuine.

I sigh whenever I see photos of men in Paris. So handsomely pulled together!