The Definitive Guide To Surviving La Rentrée in Paris 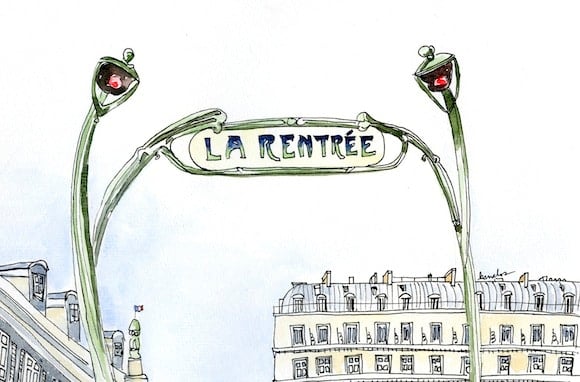 Collective grumbles and groans fill the Metro and all public places. Reacquainted with their suits and heels, there are no smiles behind those suntans. Kids arm themselves with freshly sharpened pencils and tall tales of les vacances. Vive la rentrée! Since Paris clears out in July and August, losing its habitants to warmer climates, the first week of September kicks off back to school and back to the grind. Knits, boots, and frowns automatically replace the brief bare-leg season in anticipation of Paris’ notorious grey months ahead. But before booking a one-way ticket back to the Côte d’Azur, rest assured : Paris comes out of hibernation and is reborn this time of year. And uncovering the joys of Paris in September can ease the pain of la rentrée.

Picnicking: Since summer hit Paris bizarrely late this year, I am optimistic that a few weeks of picnicking can be milked out of September. And the best part about a picnic in September? Since everyone is back in town, FRIENDS! Whether perched high on a hill overlooking Paris at the parc Buttes Chaumont or in a clearing deep in the woods at the Bois de Vincennes, the adventure begins with the guest list and the contents of the picnic basket. 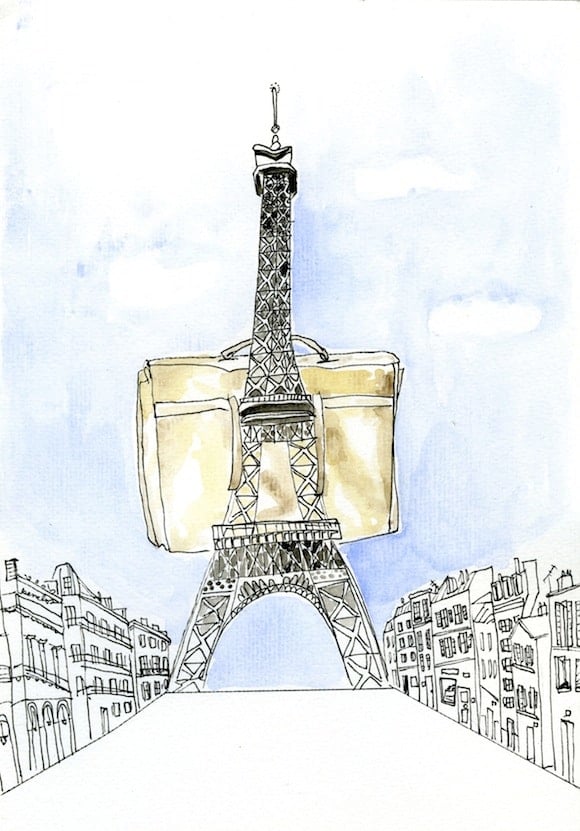 Reuniting: September is also a time of rediscovery. Going back to my neighborhood green market and getting reacquainted with my favorite vendors is a pleasant reunion. And there is so much to catch up on: the weather, the cheese monger’s vacation in Corsica, the economics of figs, and finding inspiration in the lineup of fall produce.

Bread: Similarly, the boulangeries have reopened their doors! The doughy Monoprix supermarket imposter baguettes that subsidized our tomato salads this summer (affectionately dubbed crétin bread by my picky French other half) can be banished until next August. Instead of the summertime half-hour search for a baguette, now I all I need to do is choose from one of the three bakeries on my block. 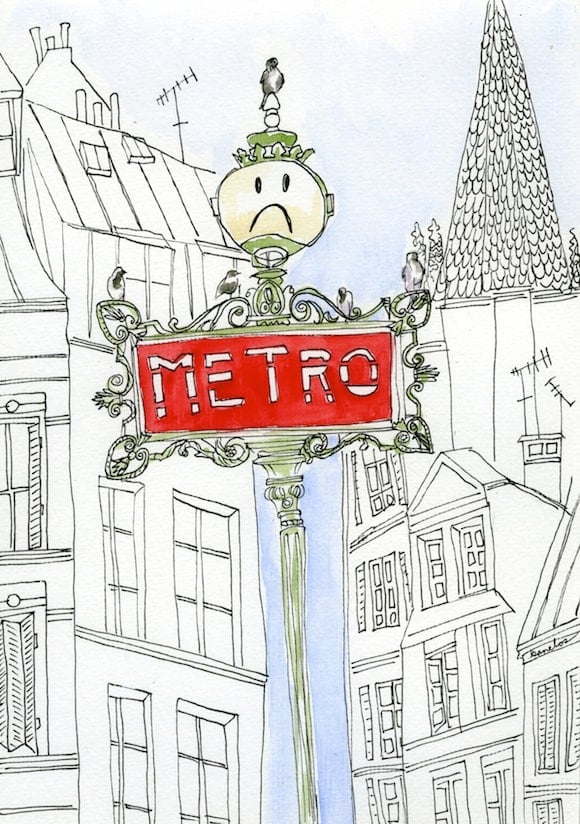 La mode: There is still excitement in the air over Raf Simons’ conquest of the couture throne at Christian Dior. Already acclaimed for his couture details at his previous post at Jil Sander, Simons is reexamining Dior’s heritage and re-imagining its trademark New Look silhouette. In his debut Fall 2012 collection at Dior, he reinterpreted the fashion house’s legendary hourglass as a nip-waisted, full-skirted mini dress on top of slim cigarette pants. As Simons breathes fresh air into one of the few remaining couture powerhouses, Parisian fashionistas are excited to put their colorful rompers away until next year – and it shows. The re-imagined Parisienne staple is all about texture and volume. Luscious leathers, full feathers, embroidery, exaggerated silhouettes, and velvet reinterpret noir with an elaborately untold grandiosity. Time to update that LBD. Cos, H&M’s minimalist little sister, is an affordable standby for updating a fall wardrobe with clean design and innovative fabrics. Cos 4 Rue des Rosiers 75004 Paris 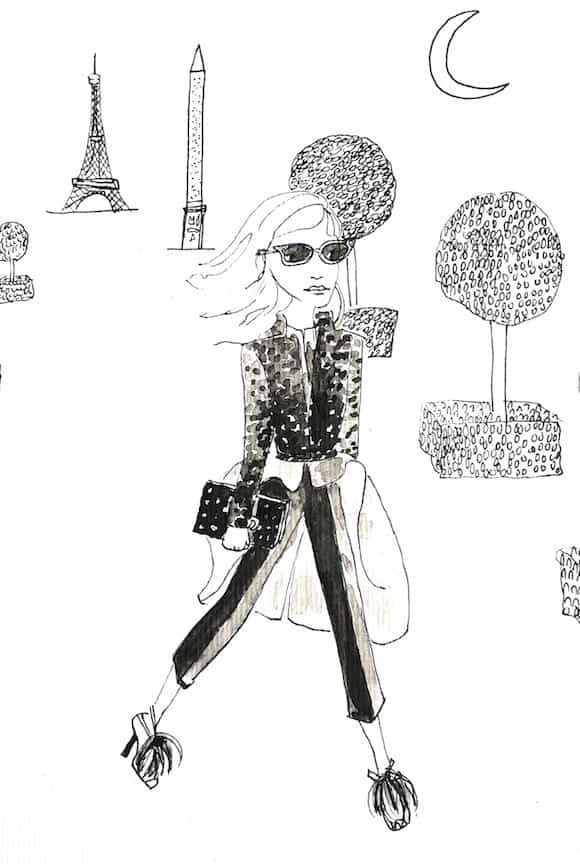 Wearing socks again: In anti-fashion news, I took an uncharacteristic liking to flip-flops this summer in an attempt to reconnect with my American culture. And why not? On my daily search for baguette, they were a cinch to throw on. And what is more cinematic than walking to the music of my own footsteps? But all signs of summer, including my collection of Carmen Miranda-inspired polyester sundresses, must be packed away by the time September 3rd rolls around. As la rentrée marks that time of year when dirty looks flood the Metro once again, too. I am taking this occasion to finally purchase some beautiful boots from La Botte Gardiane, the only French company specializing in riding boots completely made in France. I have been dreaming about owning a pair since I stumbled across their new boutique on rue Charonne. And I suppose I am in the market for some socks, too. La Botte Gardiane 25 rue de Charonne 75011 Paris 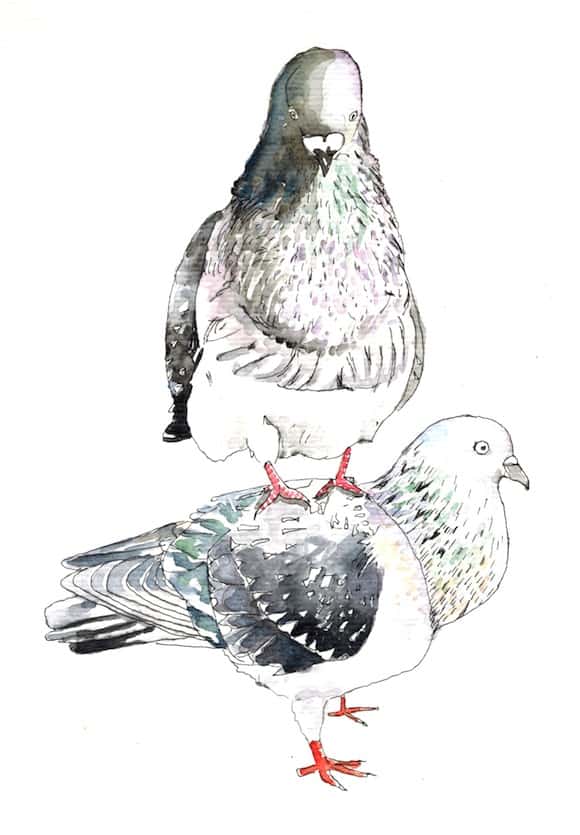 Le Snuggie: On a recent watercolor run at the department store BHV, I was promptly handed a postcard for the latest brand in functional warmth, Couettabra. Yes, it literally means a comforter with arms. Who would have thought the French would adopt the Snuggie ?? In a country with a strict separation of public and private, I realize that I may never get to expérience this phenomenon in an authentic French home. At 300 euros for a double Couettabra, the price is a little steep for a joke gift for my husband on our anniversary. But with 2 MacBook Pros and a family-sized hachis parmentier, it could make for one cozy autumn…

Although the return to reality is always a drag, Paris is finally open again for business. Halleluiah! My emails will finally be returned. And this being France, the next vacation is never more than a few months away.

Written by Jessie Kanelos for the HiP Paris Blog. All illustrations by Jessie Kanelos. Looking for a fabulous vacation rental in Paris, London, Provence, or Tuscany? Check out Haven in Paris.

Great post!! This time of year is always bittersweet. I just started a new travel/lifestyle blog – http://www.youmaybewandering.com – I hope you will check it out and follow me! Thanks!

Lovely illustrations. And pigeons in print always make me smile.

Thanks for all the fabulous feedback! I’m illustrating my next HIP jaunt at the moment. Stay tuned for the autumnal French market…

Gorgeous story…and watercolours even more gorgeous! Loved them all.

We’re just tourists, here for 3 weeks this time. But I relate to everything said. We arrived 31 August, taking some time to get rid of jet lag.

Then, on to enjoying the real Paris when the weather is at its best.

Great drawings. I love the pigeons. 🙂

You are right, I feel the same about the boulangerie open again and people answering emails and phone calls. Looks like it’s a brand new city !

Everyone has projects (sports, art, museums…).

BUT, even if the couettabra might be “useful”, it’s far too ugly. A nice couverture to watch a winter movie on the couch with a husband is far better. 🙂

first of all, fantastic illustrations! Second, very true about the warmer temps continuing through the month. Last year, at the beginning of October, we were still sporting open-toed sandals and skirts! Let’s hope this year is no different.