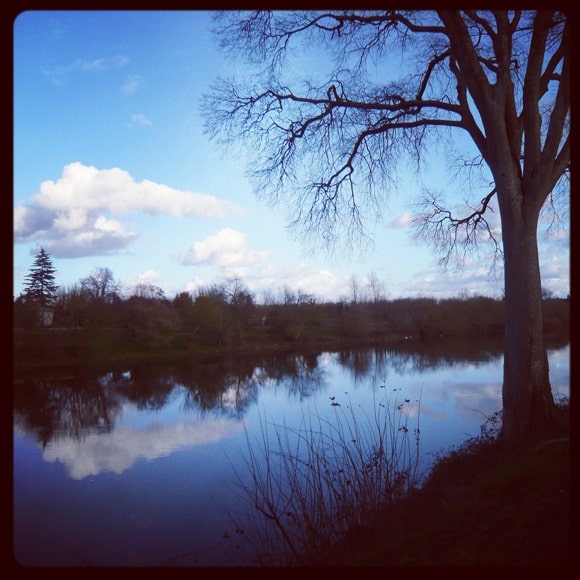 I’m often asked why we bought the house (in France) that we did, in this tiny town whose name we can barely pronounce and that’s even harder to find on a map. What about your first love, Paris? People ask. 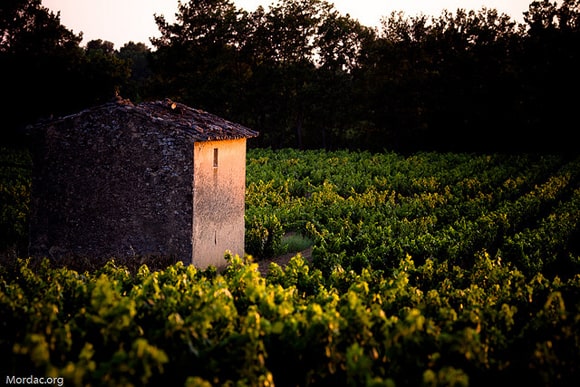 Well, I was fortunate enough to have a deliciously beautiful apartment in Paris for six years from which one could hear the bells of St. Sulpice. We eventually had to sell it because the value had gone up considerably and we used what we made to help pay for our children’s college educations. 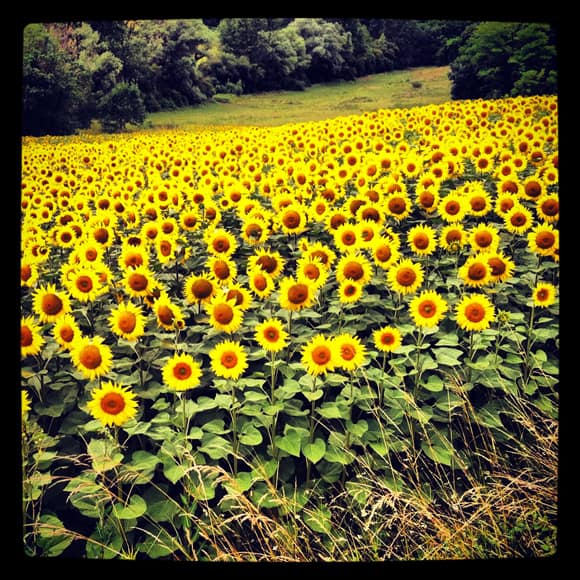 While selling had been bittersweet, I considered myself lucky enough to have lived my Paris dream as long as I did. Of course, I began to think…what next? After attending a retreat in the Aquitaine and a writer’s workshop in St. Emilion, I began to take notice of the pleasures of the Southwest of France. My sister has owned a place in the Aveyron for 25+years and I had spent a fair amount of time exploring the rest of the country, so I was used to rural France… But I liked what I was seeing in and around Bordeaux. 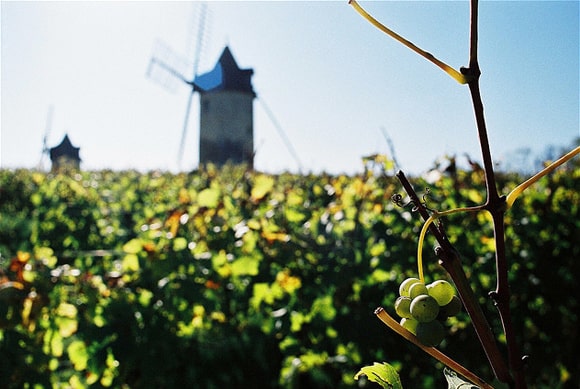 The crashing Atlantic Ocean, with its wide gorgeous beaches, is just over an hour away; Spain and the Pyrenees aren’t far and Bordeaux, 45 minutes to the west of us, is a Unesco world heritage site and generally a spectacular city. So I narrowed my search to within one hour of Bordeaux. 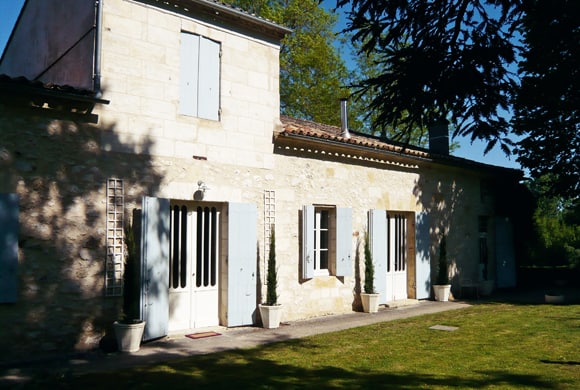 After three years of searching and looking at over 40 homes, I found our sweet little spot. It’s the location that really is magical, as we are right on the Dordogne river. We can walk outside and down the steps from our garden and plunge into the cleanest river in France for a kayak or canoe ride or a swim before dinner. We can dine outside from April to November thanks to the mild climate, which is much less rainy than Paris. Plus, we are just 15 minutes from the fairytale village of St. Emilion and its famous wines. 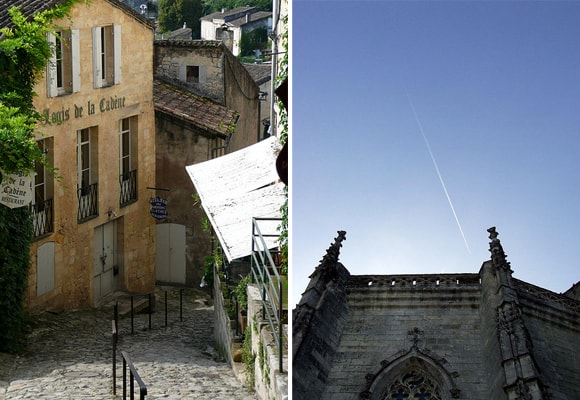 So it has worked out to be an escape from my busy life in New York and Paris. Paris has now become the place for work and Le Priolet (the house came with the name) is our place of respite, with only birds chirping and a phone that rarely rings. It’s the French country house dream that I have always had in the back of my head. We have blue shutters and limestone from the region, a pool that was already there, and a long drive alongside Bordeaux vines to keep us in the spirit of the area. 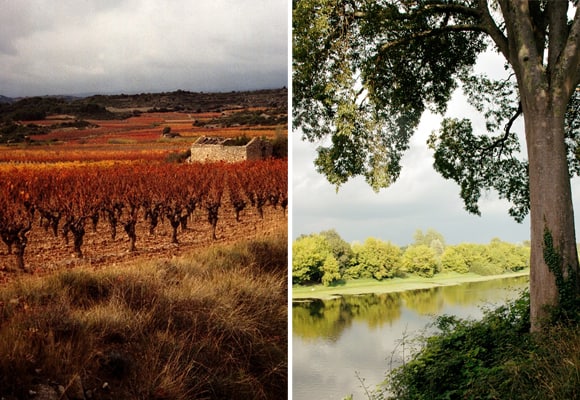 My husband, while initially less keen on the idea of buying something else, was converted mainly because of the affordable prices in the region. The 4-bedroom, 250-year-old farmhouse with a pool that didn’t need much renovation cost what a small one bedroom apartment would in Paris. Renovating was actually quite simple and lasted about 4-5 months. We turned the attic into a guest room (with bath), redid all of the other bathrooms, plus the outside terrace and garden. There were no Peter Mayle-type nightmares. There was some good wine drunk by the workers, so I learned one lesson – lock the wine closet! But the whole thing was fairly easy to do overall, thank God. 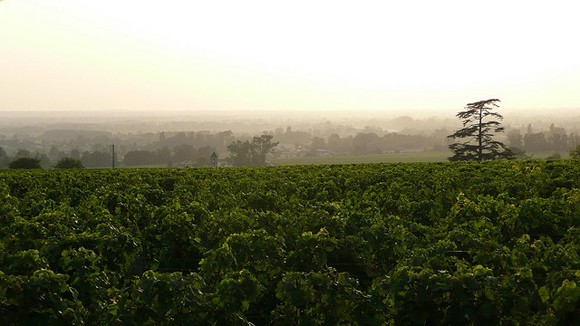 The view from St. Émilion (HerryLawford)

Everything is cheaper down here. There are a number of places that serve a 5-course lunch with wine for only €12-13. Food at the markets is quite affordable and wine from the local co-op, if you bring your own bottle, is €2/liter. Coupled with the great health care in France, I’ve deemed this the perfect place to retire, not that we’re quite ready to yet!

Written by Doni Belau for the HiP Paris Blog. Looking for a fabulous vacation rental in Paris, London, Provence, or Tuscany? Check out Haven in Paris.

I knew those pics looked familiar – it seems we’re neighbors! I moved to Libourne four years ago with my french hubby and I’ve fallen in love with the area – the vineyards, the wines and the charming vendors at the marché here in town. There is a quiet beauty about life here. Your farmhouse sounds fabulous!

I know exactly what you mean!

I went to holiday in a chateau (I’m sure you have heard of it – chateau rigaud in castillon la bataille, run by my lovely friend Anna Barwick) and realised I could get my french dream there too. Now we have a house on the banks of the dordogne too!! We are near sainte foy la grande.

If you ever fancy a glass of Crement over next summer and to share local tips do get in touch!

Beautiful post, this is one of my favourite areas of France, divine, thanks for sharing. Millie :.-)

Lovely post! The pictures say it all–you don’t even need to explain your reason for moving there. I would move there in a heartbeat!

We have traveled in this area and agree it is very beautiful. We spent 6 weeks in the Dordogne a few years ago with our then 14 year old daughter. We currently own a fraction of an apartment in Paris and visit when we can. How did you overcome the visa/immigrant laws to live in France if you are not a French citizen?

I loved reading this post. I am a Bostonian, new to France. My husband and I just moved ourselves and 4 children to Paris. I am anxious to visit the south of France. Thank you for sharing your part of the world! it sounds lovely.