Paris’ Best Running Clubs: Fitness Is Finally Cool In the City of Pastries 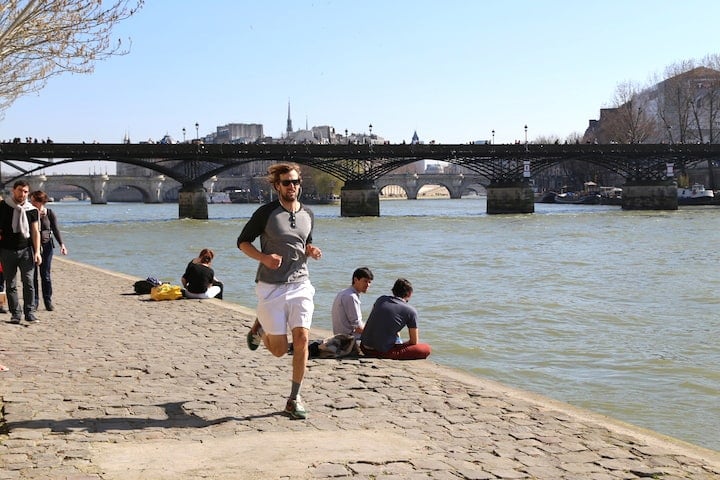 When my little sister lived in Paris in 2010, I remember her telling me running was not a popular pastime. She also told me it was hard to find a good workout class (the best she could find was a step aerobics style class circa the mid-90’s at a local gym). An avid runner, when I moved to Paris in January, I came fully expecting to be given disapproving glances when I ran through the city in my Lululemon running tights and Nikes. 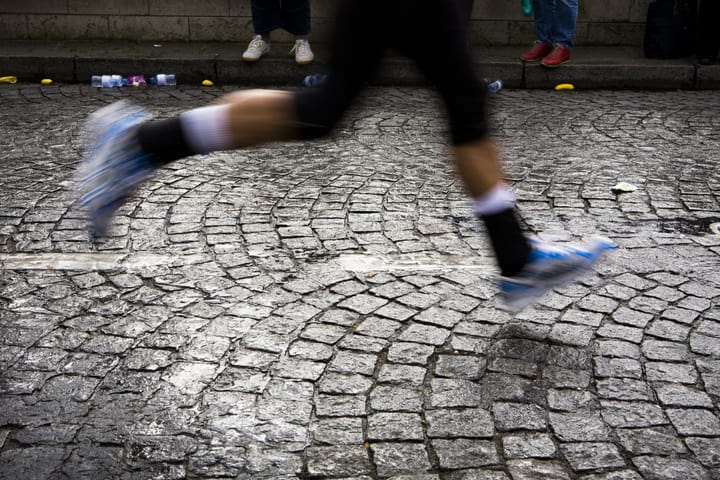 My, how things have changed. When I’m out and about in Paris, I see people running everywhere. Parks like the Parc des Buttes Chaumont, a former quarry that has great hills for training, and the Tuileries are absolutely teeming with runners and groups doing circuits and sprint workouts on weekends. Over 33,000 people, a participation record, flooded the streets for the recent Paris Half Marathon. 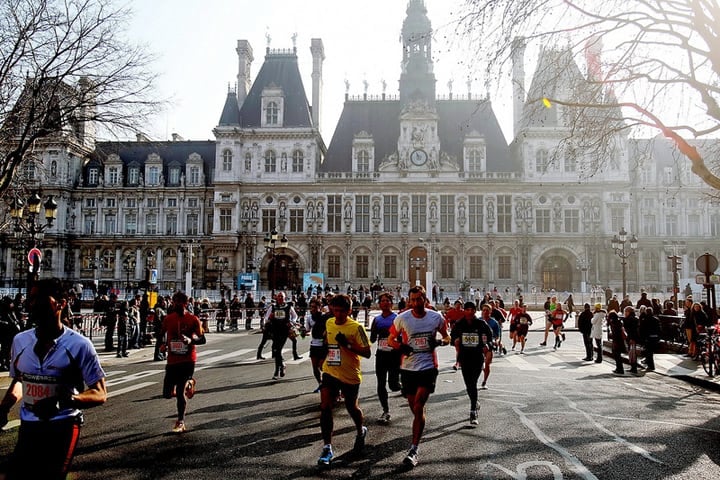 The cause of this sudden shift? My Parisian friends tell me the running craze really gained in momentum over the last two or three years, thanks in part to companies like Nike and Lolë who are promoting the sport through organized running clubs. Since Fashion always tends to play a part in influencing Parisians, the fact that sportswear is now dominating runways has helped, along with a growing general trend towards healthy living. Along with more frequent exercise, Parisians are embracing healthier diets — and it’s much easier to find gluten free bakeries, juice bars and health food stores than it was just three years ago. 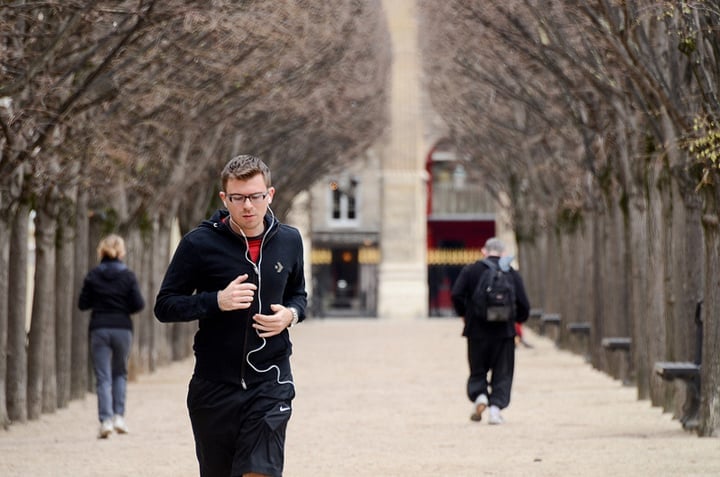 I joined the Paris Running Club recently and now meet up with a group of about 30 Parisians and expats for runs twice a week. I’ve found myself doing sprints along the Canal Saint Denis at 8 pm at night and on my own I’ve embarked on runs to the Eiffel Tower, the Luxembourg Gardens and along the Promenade Plantée. It’s a good thing because I have a real weakness for French pastries. It seems these days in Paris (thanks to the running craze) you really can have your cake and eat it too.

The Paris Running Club, in conjunction with Nike, is only joinable by referral, but there are a variety of ways for Parisians and visitors alike to get running. 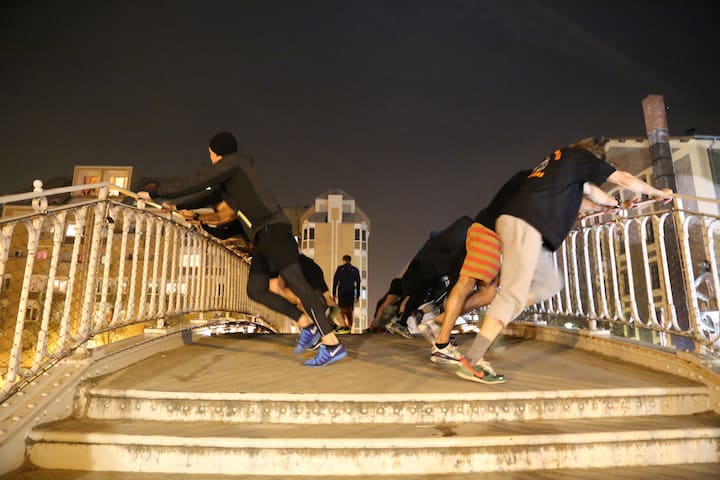 Canadian active wear company Lolë has a running club that meets for “Running Tours” once a month.” Runs are usually scheduled on Sunday and last for an hour. They’re open to all and typically end at the boutique in the Marais for drinks and healthy snacks. For information about upcoming runs and other workout classes like yoga and crossfit go to their facebook page. 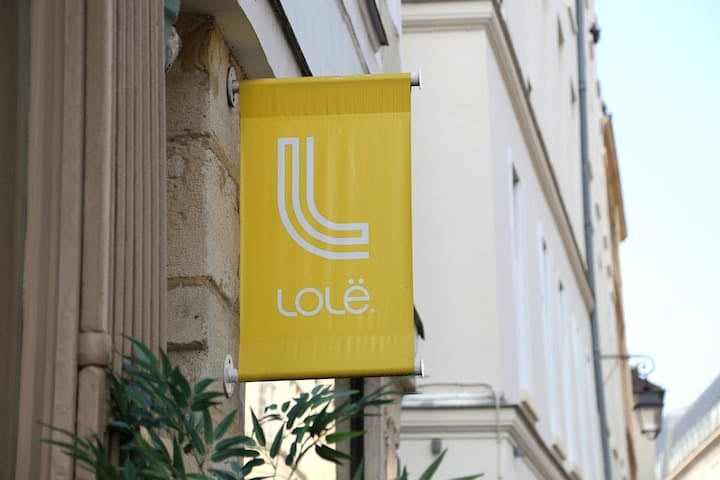 Paris Hash House Harriers
Known as “The drinking club with a running problem,” this running group is as much about debauchery as it is exercise. Blobs of white flour placed by a runner known as the “hare” mark the route for runs that can include beer stops and snacks. Runs happen every other Saturday at 2 pm and cost 5 euros a person. For information on upcoming runs go to The Parish Hash House Harriers website. 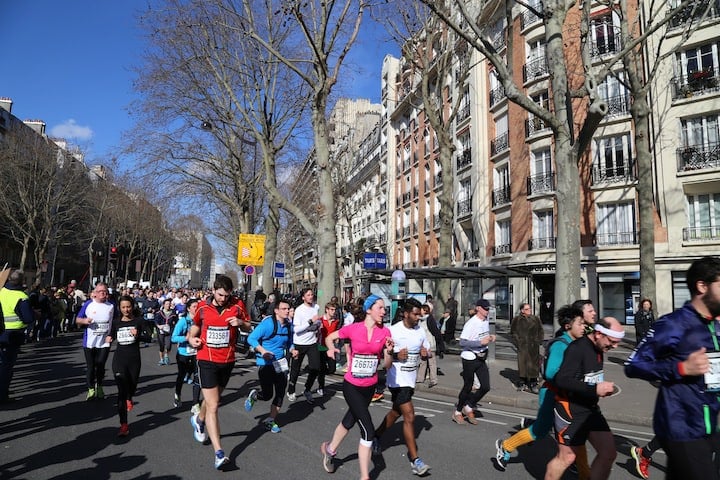 Paris Running Tours
If you want to learn about the city and get some exercise a guided running tour might be a great option. Paris Running Tours takes runners on 10 km runs that can be focused on a single theme, like retracing the steps of the Da Vinci Code, or customized based on interests like WWII. Standard tours start at 50 euros per person.

Organized Races
The Semi Marathon De Paris, or Paris Half Marathon happens every March. The Paris Marathon is coming up April 6th, Nike’s We Own the Night 10 km, a race mostly comprised of women, is June 8 and the L’Equipe 10 km is June 15. 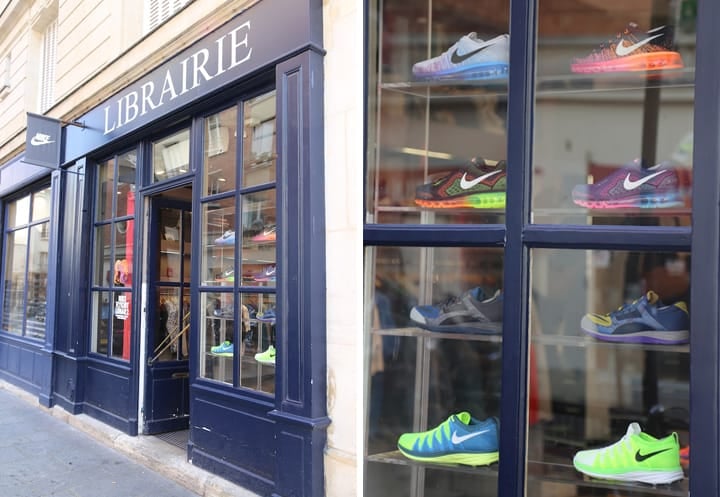 Parc des Buttes Chaumont—This former quarry in the 19th is the perfect place to do some hill climbing, and you’ll be rewarded with spectacular views of the city and Sacré-Coeur.

The Promenade Plantée and Bois de Vincennes—The Promenade Plantée, a park on an elevated railway line, starts just east of the Opera Bastille and runs for 2.9 miles before ending near the Blvd. Périphérique beltway. If you continue less than a mile through the Saint-Mandé district you’ll arrive at the city’s largest public park, Bois de Vincennes. You can run for miles in the former royal hunting preserve that is three times the size of Central Park. 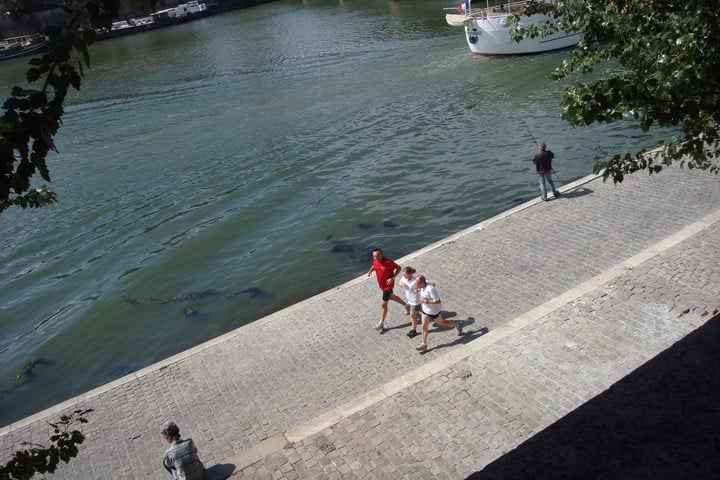 Canal Saint Denis and Canal de L’Ourcq—This up-and-coming slightly industrial area just north east of Canal Saint Martin feels a bit like the Williamsburg of Paris. It’s also a dream for runners because you can go for miles along the banks of the canals and through the Parc de la Villette without every being bothered by cars. A variety of pedestrian bridges cross the canals.

The Banks of the Seine—Large sections of the roadways along the Seine have been closed to cars in recent years including a 1.5 km section on the right bank across from the Ile Saint-Louis and the section between the Eiffel Tower and the Musée d’Orsay making it a fabulous place for running, biking and walking. 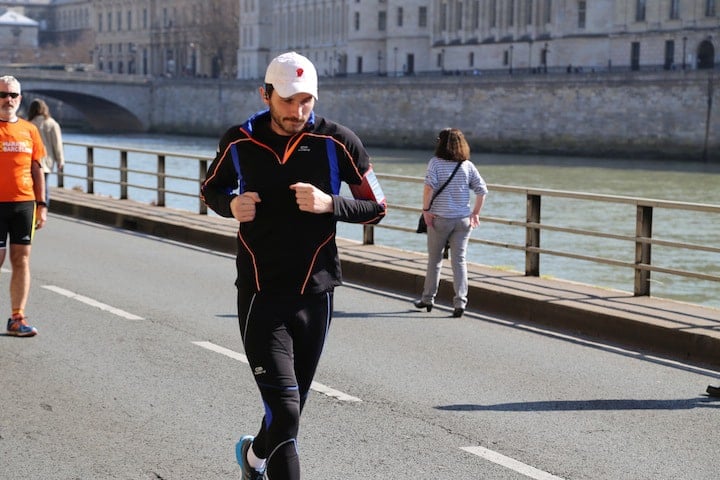 Written by Casey Hatfield for the HiP Paris Blog. Looking for a fabulous vacation rental in Paris, London, Provence, or Tuscany? Check out Haven in Paris.

12 comments on “Paris’ Best Running Clubs: Fitness Is Finally Cool In the City of Pastries”

Might want to also have a look at RunParis.fr (www.runparis.fr) and their free running tours of Paris. I love the idea that “running should be free” and these guys do a fantastic free tour for visiting tourists and expats. Highly recommend it!

Paris is such a great city! During our visit last September, just tourists, we ran every morning on the streets around city center, Notre Dame and the river, and had a great time. When we finished, all the small bakeries were open for business and we were ready for the pure awesome deliciousness they were selling! I was easily motivated to go an extra mile just so that I could have another warm chocolate filled croissant.
It’s terrific to hear that Parisians are embracing running more!

Very good news. Also they have good places and space to run in.

I noticed too that group fitness is also becoming popular. I was surprised to find not one, but dozens of Zumba classes, and they are packed! I had no idea that the French could “shake it” like that…lol!

Thanks for the great post! I just moved away from Saint-Mandé and the best part of living there was getting to run in the Bois de Vincennes all the time. There are so many beautiful routes, you can do longer training runs without having to cover the same terrain over and over like in smaller parks, and the air smells wonderful. Also, how fantastic is it to get to run by a castle (Château de Vincennes) on your way to the woods?

Parc Monceau is another great spot, but NOT on the weekend because it’s mobbed. An early morning jog is a great way to start. Luxembourg, too, of course.

Perhaps we realize that our four food groups (coffee, wine, chocolate and cheese) cannot be sustained without a dash of movement. Good news!

I was a Luxembourg gardens runner for years, then started running seriously last summer. Just completed the semi-marathon and now I am looking forward to the challenge of the Paris Versailles next fall. Only 16k, but the hill is a legendary killer!!!
Maybe I’ll run into you along the Berges of teh Seine one day!

What a great story and it reminds me to pack some running shoes when I return this year and hopefully see more Paris sights passing by me!! Great journalism Casey and nice action photo Justin!!

Yet again another one of your posts I wish I had read before I went to Paris last September! I loved my route around the Montmartre cemetery and in the Jardin du Luxembourg… but I wish I had gotten to run with some real Parisians in a more organized fashion. I did get a lot of strange looks, it still seems to me that more men run than women and, but I’m sure it is on the up and up.

Fantastic news that there has been a shift in attitude, I’ve noticed it more and more myself when in Paris recently!…It definitely makes up for the delicious pastries!…xv