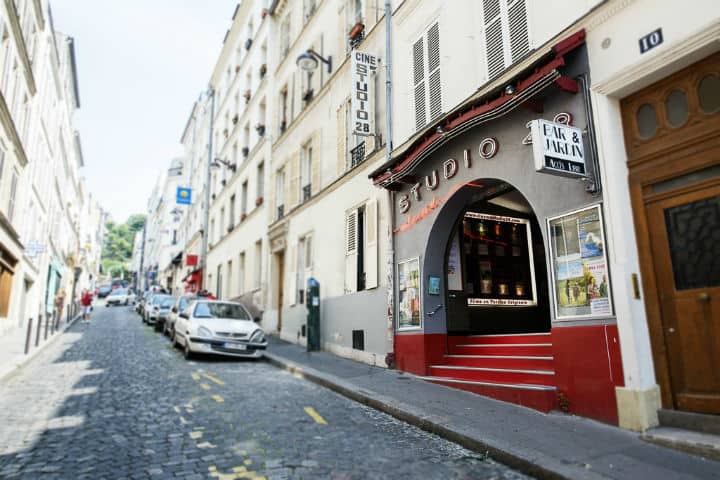 In France, cinema is the 7th art, as important as painting or literature, and like museums or libraries, movie houses play a key role in local culture. Netflix has not yet come up the Seine, and according to the Office de Tourisme there are 84 theaters in Paris with well over 350 screens. Going to the movies is an important activity for Parisians who often spend their Monday mornings discussing the films they took in over the weekend. There are remarkable theaters across the city, but the movie houses below offer audiences more than just a film. 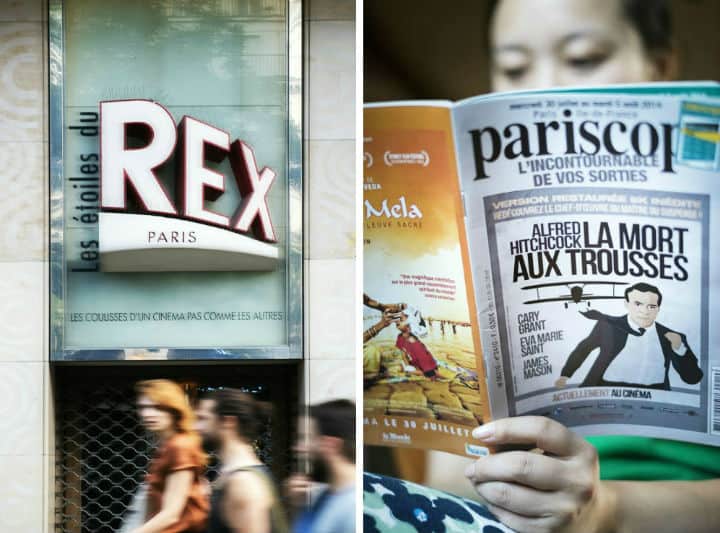 Le Louxor is an opulent 1920s architectural gem studded with Neo-Egyptian motifs and gilded mosaics. Recently renovated, the cinema screens modern blockbusters, but also houses an art gallery space and a stylish Art Deco bar with a view of Sacré-Coeur. Once a month they feature the Université Populaire, a screening of a movie that has been chosen by a local celebrity who leads a discussion following the screening. 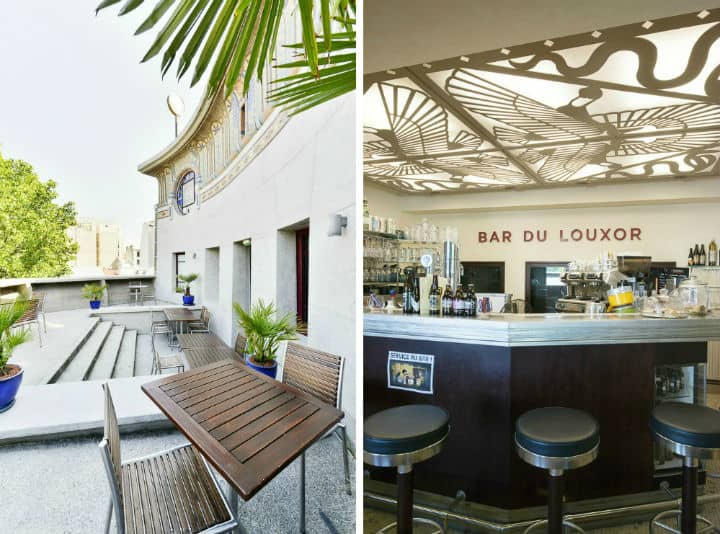 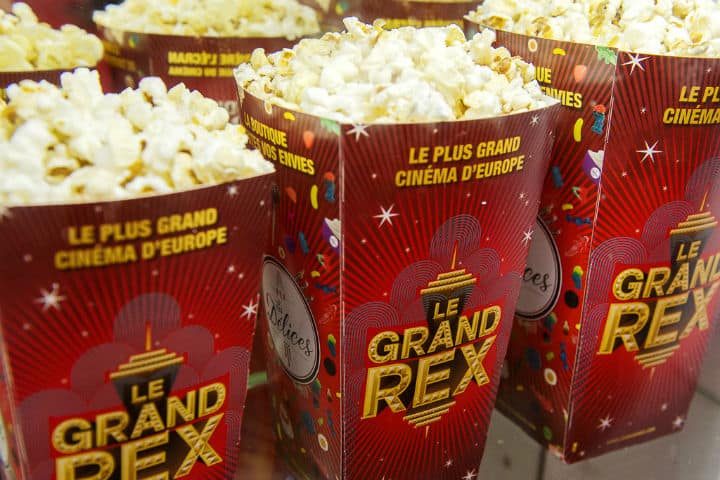 The first avant-garde movie house in Paris, Studio 28 has been entertaining Parisians since 1928. This is where Amélie Poulain would catch a film on Friday night, and I like to image she’d linger after the film, enjoying a light snack in its charming outdoor café. 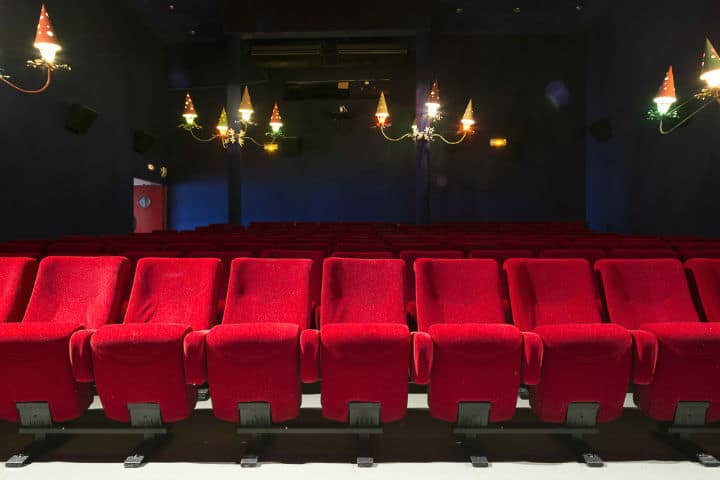 French celebrities have loved this theater since it first opened its doors; in the 1950s artist and author Jean Cocteau designed new light fixtures and even today film stars come by regularly to present their latest work and talk to audiences after shows. 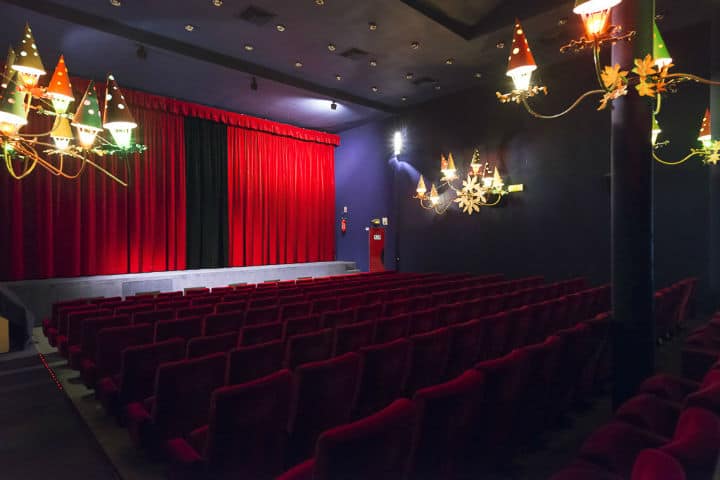 Built in 1932, the Art Deco fantasy that is the Grand Rex is still the largest movie theater in Europe. In December, families line up in any weather to see the elaborate water fountain show that is displayed on stage before the family-friendly feature film of the season. 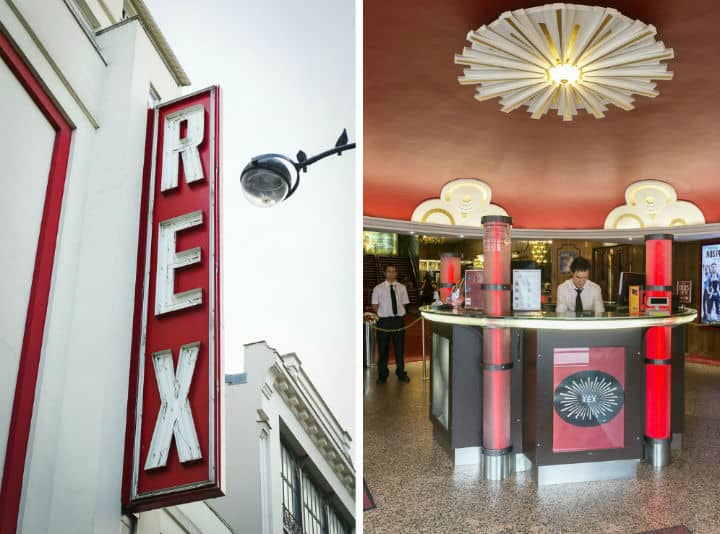 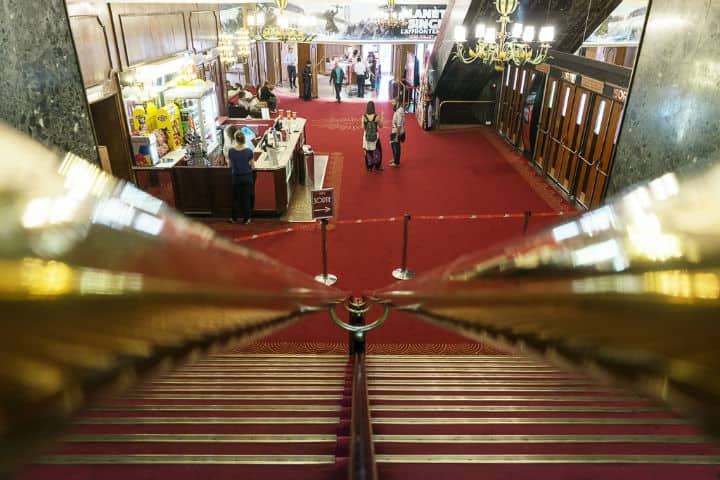 Concerts are held in the main “sale” throughout the year, and it is home to the annual Jules Verne Adventures film festival. Behind-the-scene tours are available at Les Etoiles du Rex. 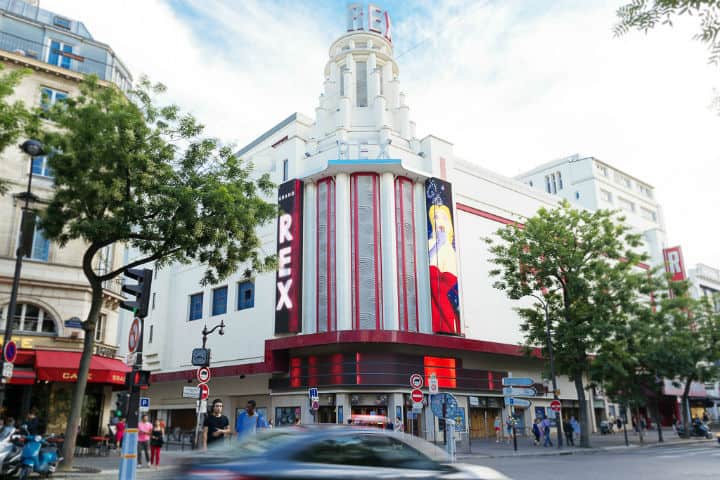 The most diverse movie house in Paris, Le Lucernaire has three theaters that screen modern feature films from Hollywood and across the globe, with three additional theaters hosting live theater performances daily. Converted from an old soldering factory in 1968, this cosy, cobble-paved warren also houses a bookshop, a full-service restaurant, and a vibrant café. It’s a friendly, intimate place where the ticket vendor is likely to leave her post to warn you it is time to finish your meal and head in to see the show. 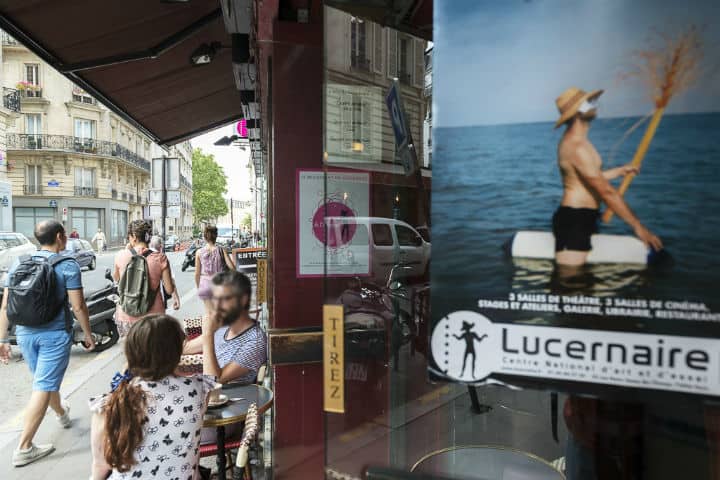 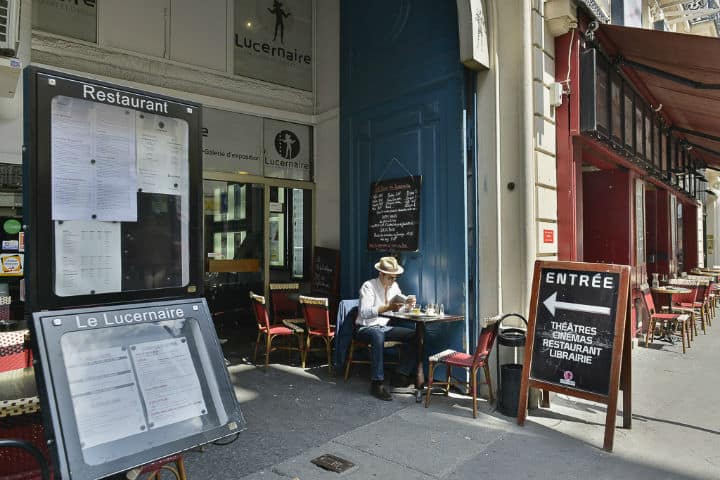 Started by passionate cinephile Henri Langlois in the 1930s, La Cinémathèque holds one of the largest film archives in the world today. Films are shown daily in this Frank Gehry post-modern monument that includes several conference rooms, a museum, classrooms, and a library. A vidéothèque is open to the public, housing over 11,000 videos that are available to watch on site, in exchange for the price of admission and an ID. Historic, classic, and art films are played on the big screen, honoring particular artists or as retrospectives. Directors, cast, and crew are often invited to be part of the screenings. 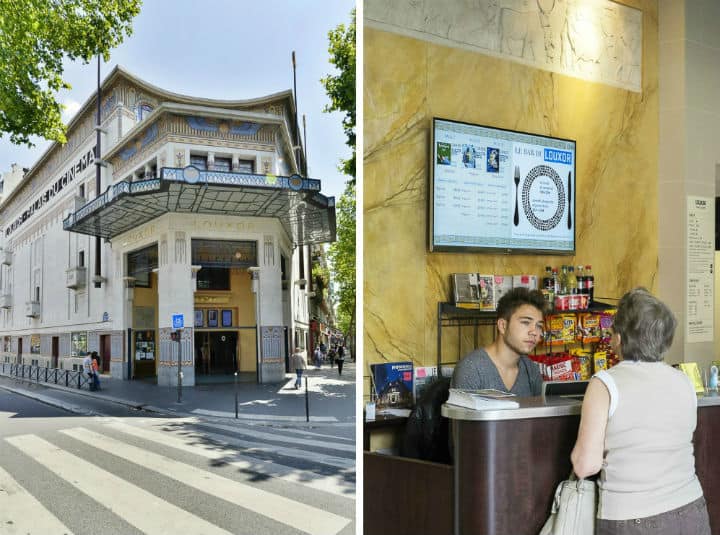 What to know about going to the movies in Paris

Le Pariscope is a weekly publication that lists all the cultural events in the city, including movies. It is available behind the register at magazine kiosks.

Language – Movies are projected in VF (with voices dubbed into French) or VO (the original version with French subtitles). If there is neither VF or VO after a listing, it is a French production, shown in French. 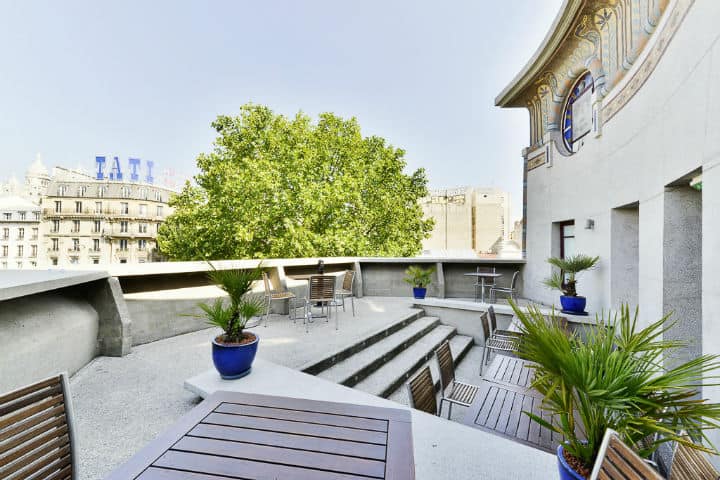 Etiquette – If there is no snack counter, a vendor may walk through the aisles selling goodies from a wicker tray before the show. In very few establishments there is an usher who expects a tip. This will be indicated at the cash register as you purchase your ticket.

Snacks – Popcorn in French theaters is often sweet, not savory. 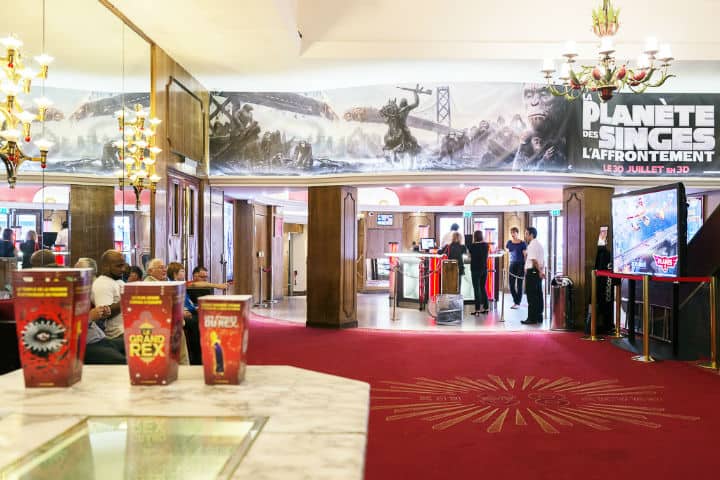 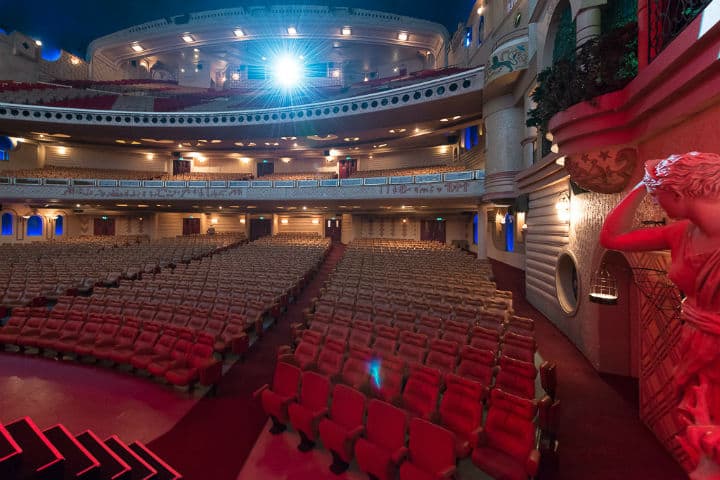 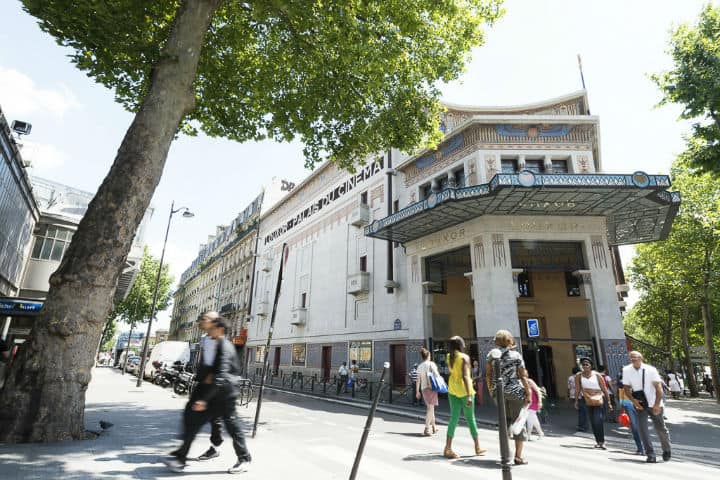 Written by Sylvia Sabes for the HiP Paris Blog. All images by Briag Courteaux. Looking for a fabulous vacation rental in Paris, London, Provence, or Tuscany? Check out Haven in Paris.