Paris Street Art: A Guide for the Urban Explorer 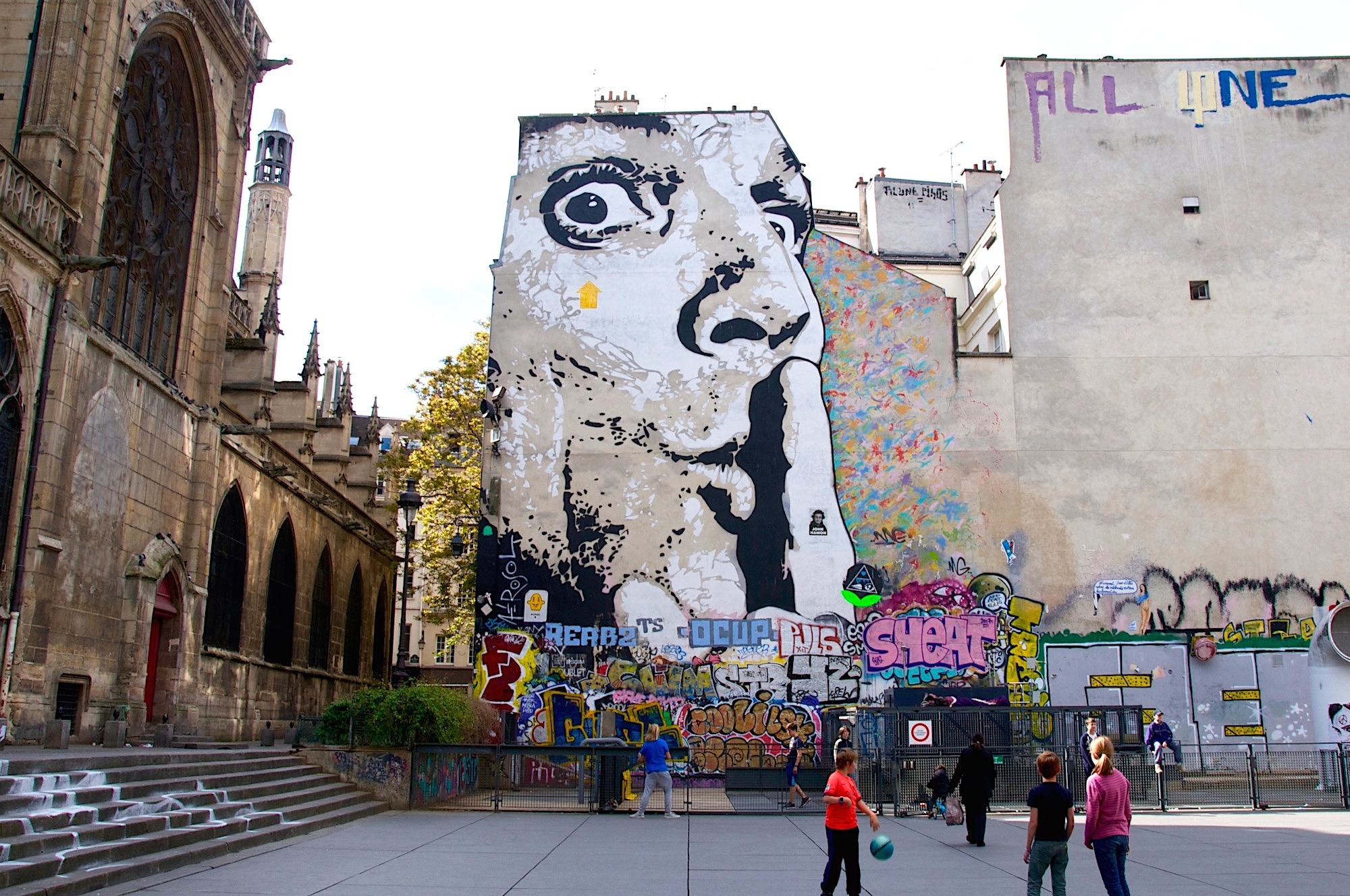 Coming from Melbourne, the home of the famous Hosier Lane – a cobbled laneway densely covered in stencils, paste ups and murals – I’ve always had a love of street art. But my new home Paris has important roots in the history of this artistic movement. French artist Blak Le Rat was one of the first street artists in Paris and has been dubbed the godfather of street art. Jef Aérosol is another pioneer of the French street art scene, renowned for his large scale mural ‘Chuuuttt’ in Place Igor Stravinsky next to Centre Pompidou. 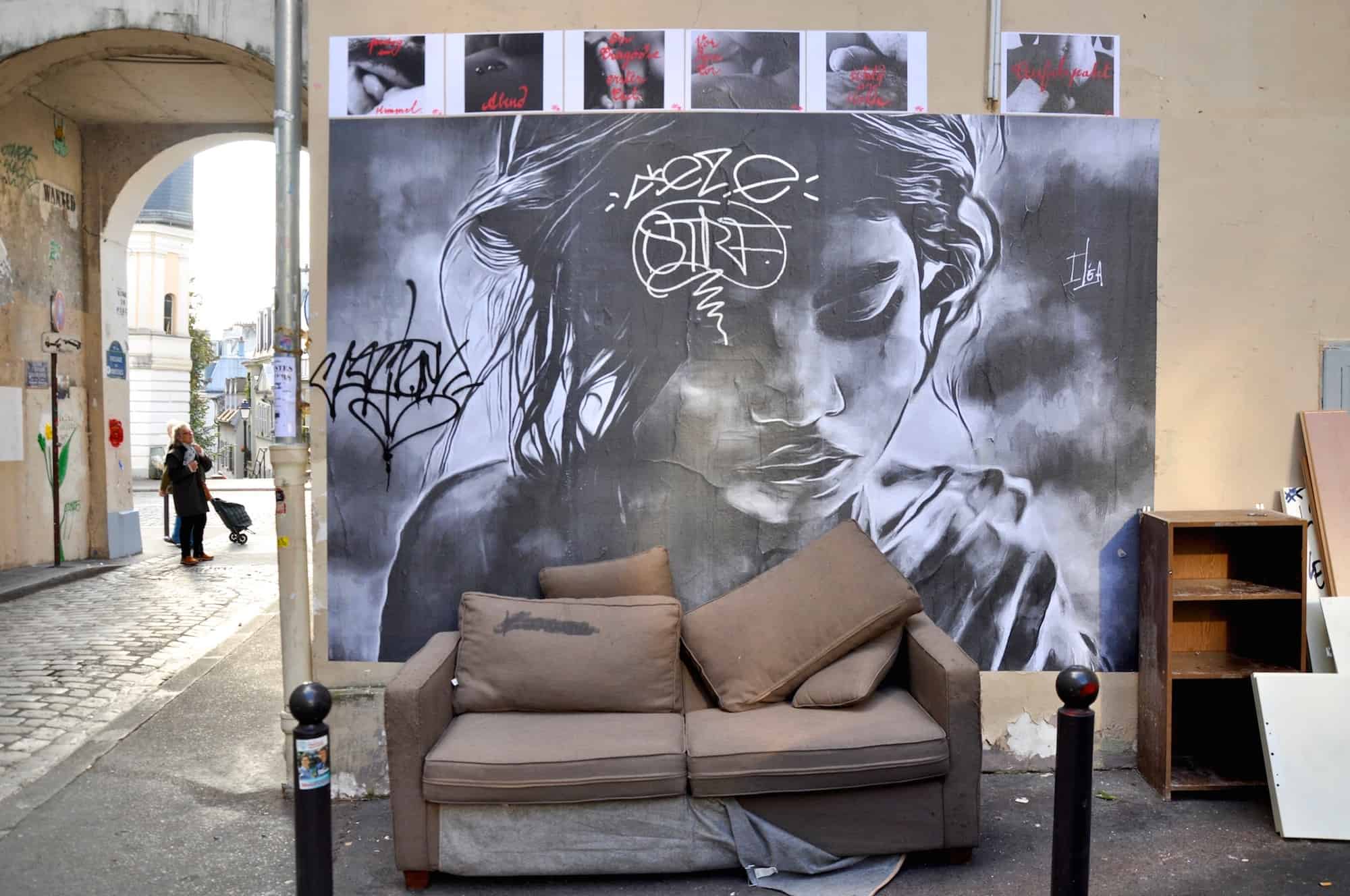 Today, Paris remains a mecca for street art. And while there are plenty of tours you can take, one of my favourite things to do is try and spot works by my favourite artists or discover new works while wondering the streets of Paris. Street art is often placed in obscure or unexpected places, so next time you’re out and about, look up, around or behind you. Here are some of my favourite streets artists you might find: 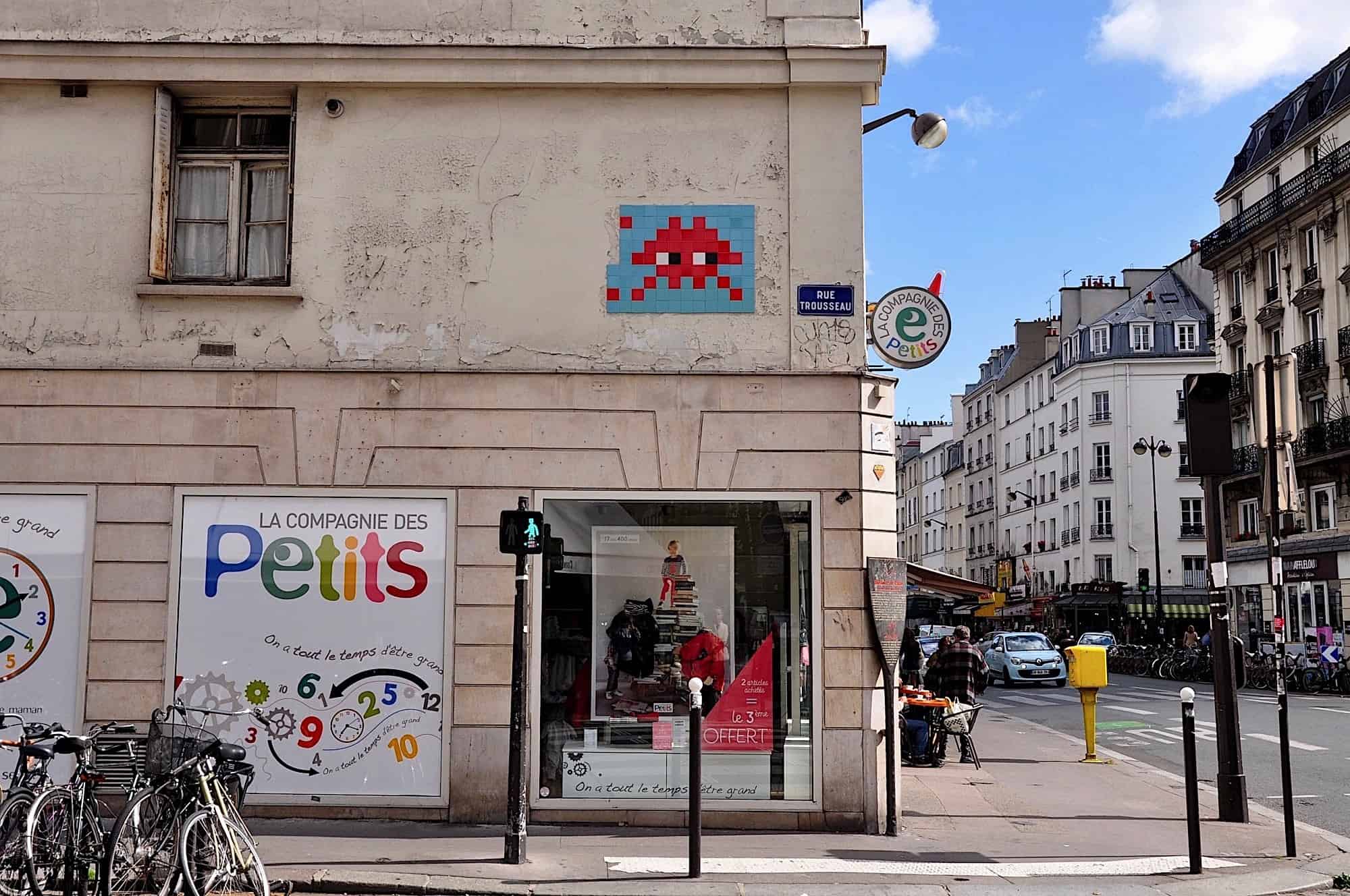 You can’t write about French street art and not make mention of Invader. Invader is an anonymous French street artist whose work is based on the pixellated graphics of 1970s arcade games. Invader uses ceramic tiles to create mosaics of Space Invaders and other iconic characters. Invader’s works can be found not only in Paris but all over the world, with 3636 pieces in 76 countries. Invader has created a game for his huge fan following by allocating a certain number of points for each work found. 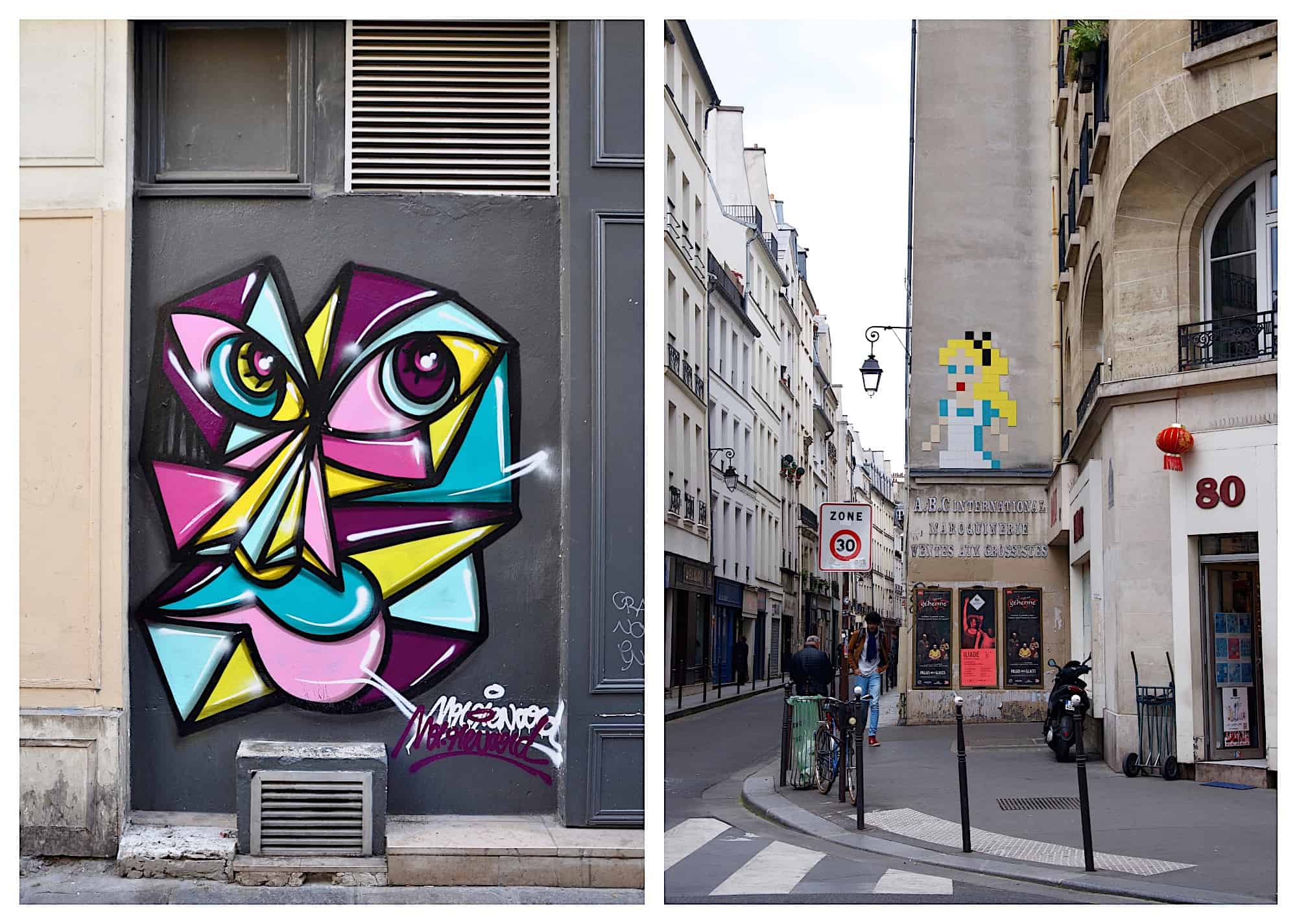 Clet Abraham is a French artist who modifies road signs with removable vinyl stickers. His humorous works do not alter the primary function of the sign, “I don’t damage the signs – because I use stickers – but I wake up attention and I create a dialogue” the artist said in an interview with The Guardian. The mayor of the 13th arrondissement was so taken by his works that he decided to collaborate with the artist, allowing him to work freely in the area. Like Invader, Clet’s work can be found all over the world, with his studio located in Florence, Italy. 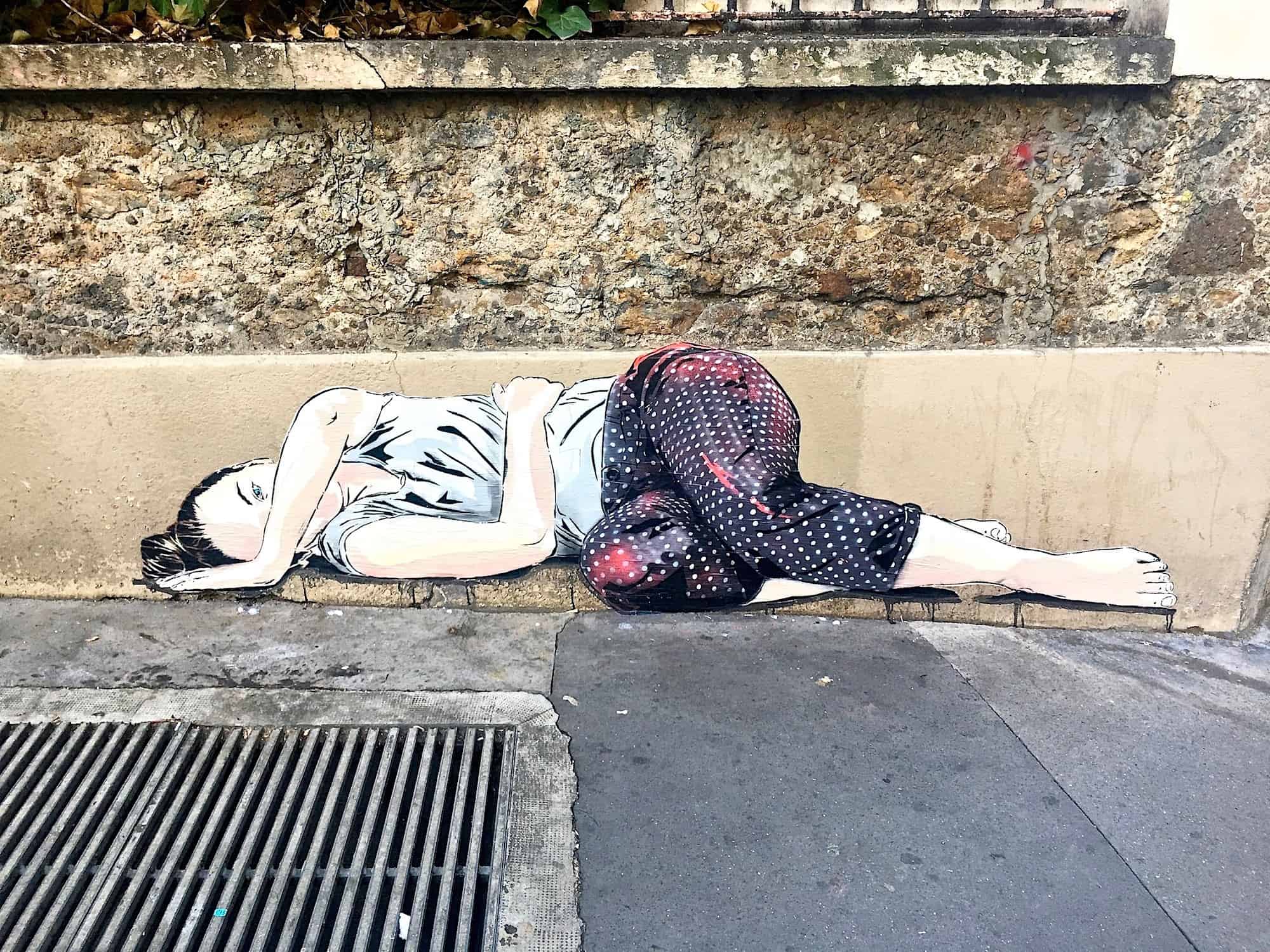 Jana und Js are an Austrian-French couple whose stencil artwork is inspired by the city, its inhabitants, and its urban landscape. Based on photographs they’ve taken, they create portraits that are nostalgic and melancholic. Mentored by renowned street artist Artiste-Ouvrier, they are part of the Working Class Artist (WCA) collective. Their work is not solely on the streets though, they recently exhibited at Joël Knafo art gallery in Montmartre. 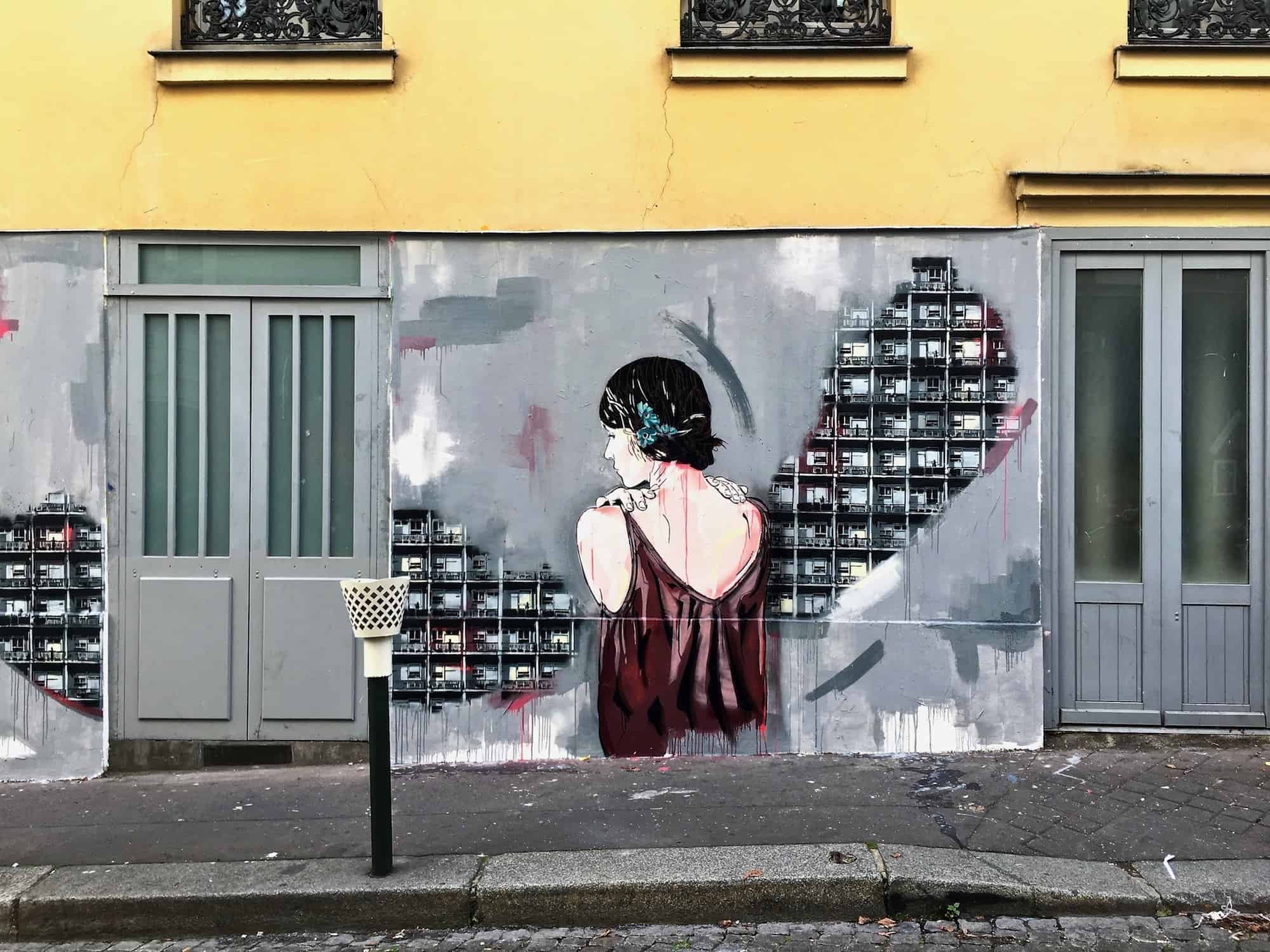 Levalet is another French artist and visual arts teacher whose realistic black and white paste ups are inspired by film, theatre, comics, and mimes. Levalet uses Paris’ architecture to create site specific scenes and situations inspired by everyday life but with a quirky, humorous, or absurd twist. The 13th arrondissement have continued to promote urban art in the area by providing Levalet space for his work. 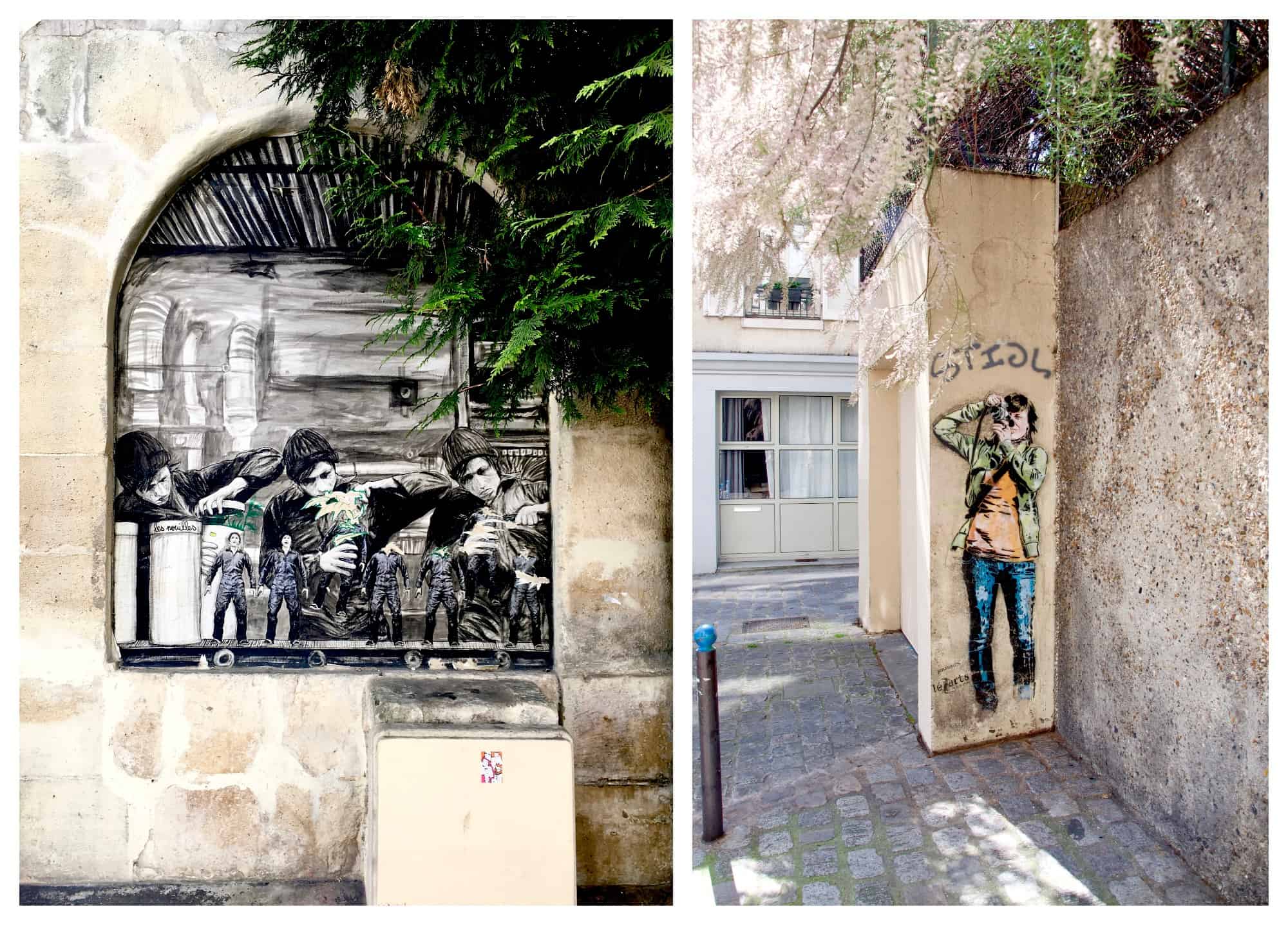 Ardif is a Paris-based street artist and architect who refers to his black and white paste ups as ‘mechanimals’, representing hybrids of nature and architecture/machine. His drawings are detailed and technical, drawing from his experience as an architect and influenced by the steampunk movement. Together, his works create an ‘urban safari’. 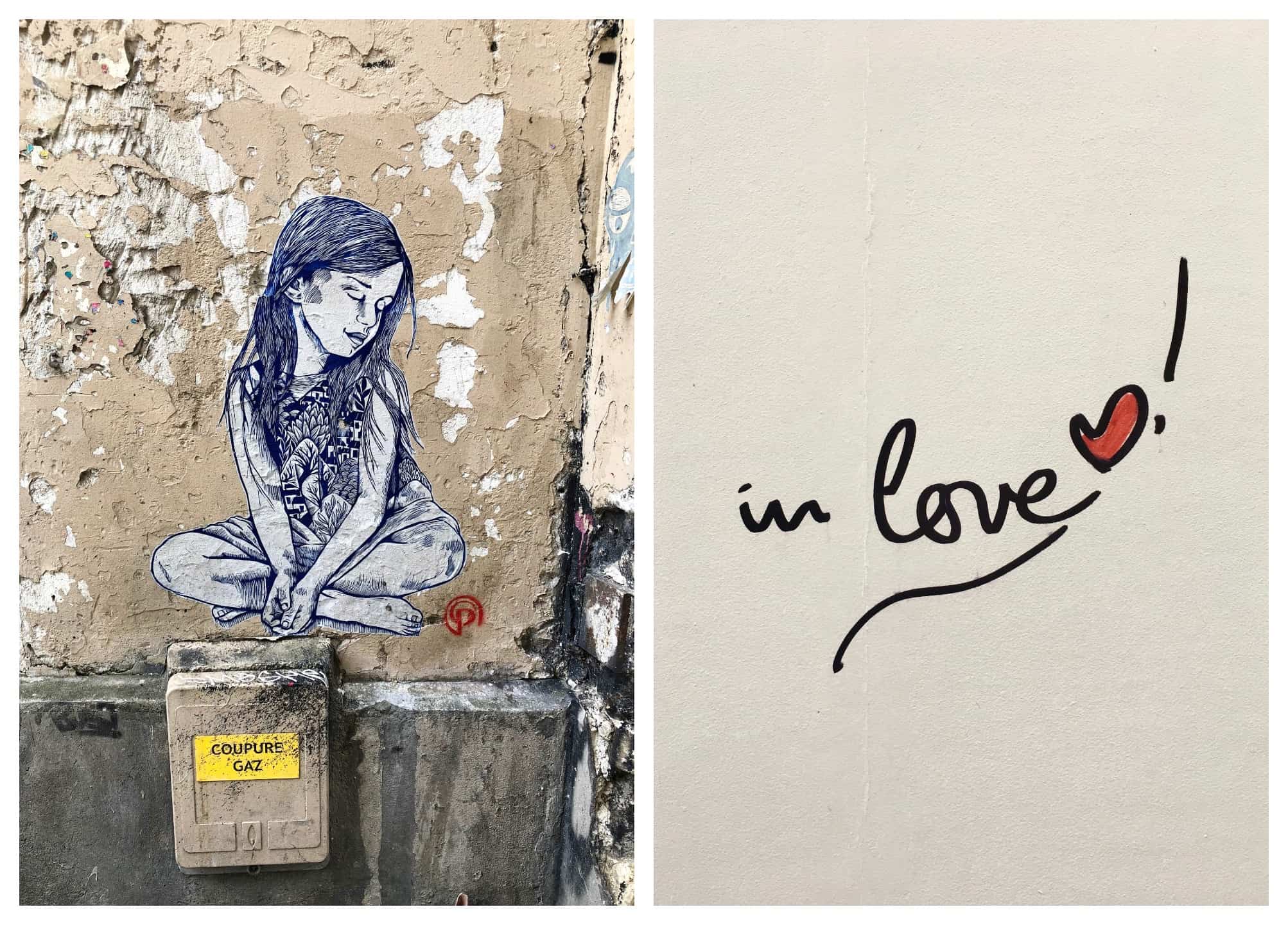 More recent to the street art scene is In Love, an artist who spreads love all over Paris with chains of red love hearts and heartfelt messages. Sometimes simply in love or je t’aime, other times je pense a toi mon amour (I’m thinking of you my love) or tu es l’amour de ma vie (You are the love of my life). Random responses from the public can often be found scrawled beneath his work, such as a moi aussi!

There are plenty of other street artists not mentioned here, including C215, Miss Tic., Jerome Mesnager, Seth Globepainter, Gregos and even more to discover, so hit the streets and see what you can find! 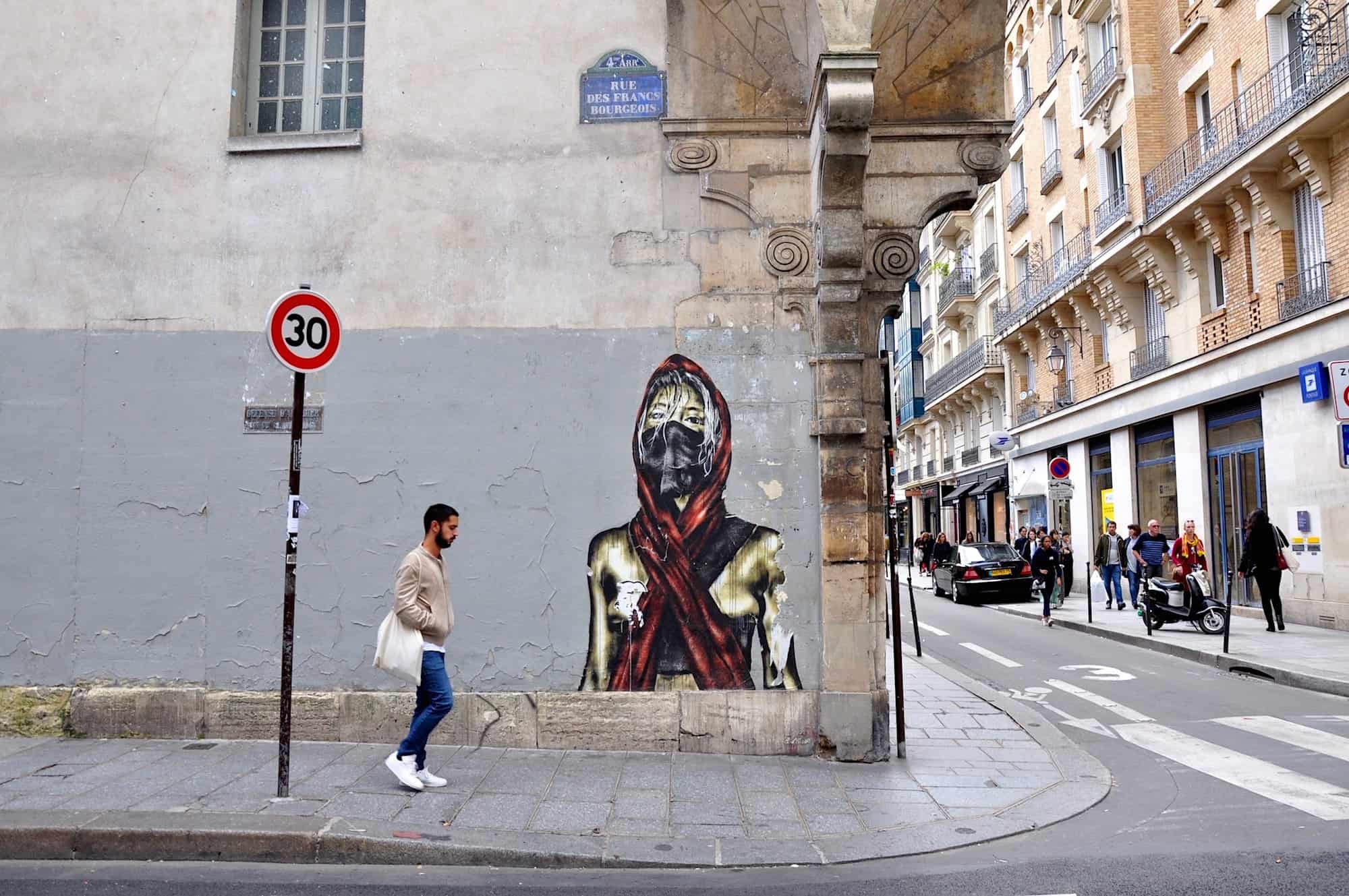 Written and photographed by Ali Postma for HiP Paris. Looking for a fabulous vacation rental in Paris, London, Provence, Tuscany, Umbria or Liguria? Check out Haven In.