Reflections on Fashion Week in Paris and NYC: Carine Roitfeld Remembered My Hair 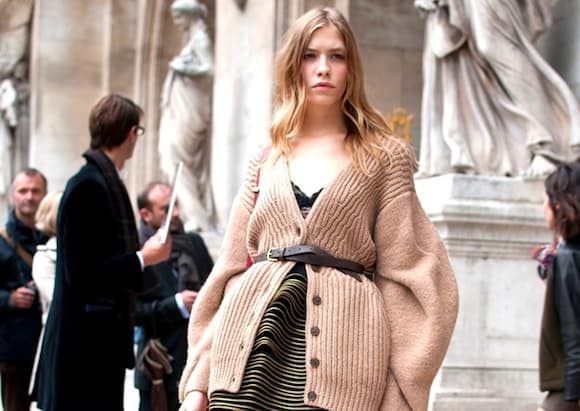 Is it just us, or does it feel like it’s always Fashion Week in Paris? Well, it’s here again, although this time, the clothes may take a backseat to the recent scandal surrounding former Dior design director John Galliano. But in less controversial times, this bi-annual event was known as a time to gawk and enjoy the view from the outside.

I remember my first Fashion Week in Paris. I ambled into the Tuileries (oblivious to the fact that it was Fashion Week) and suddenly found myself surrounded by long-legged, designer-bedecked, blow-dried, sleek, shiny, glittering people. Parisians generally look good, but this was above and beyond. It was only then that I noticed the tents and the PR people who—clipboards in hand—looked at me as if to say, “You’re at the wrong party, frump.” And indeed I was, which was fine with me.

At that point, I never imagined that I would someday be involved in the champagne-sipping, stiletto-teetering madness that is Fashion Week, that I would hold tickets to shows in my trembling little hands, or that my name would actually be on some of those PR lists. 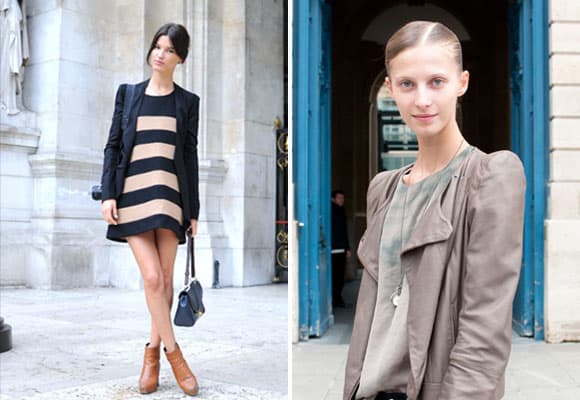 Don’t worry—I’ll never be a fashion insider. The industry makes it pretty impossible for any half-way rational person to take most of it seriously, especially when they start sending hoodarfs down the runway. But my skepticism didn’t stop me from masquerading as a fashion reporter during February’s New York Fashion Week, when I hit the town on behalf of New York Magazine.

Over the course of 9 days, I experienced quite a few “Who do I think I am?” moments. I chatted with Woody Allen about his prolific career, I stood awestruck in the glow of Bill Clinton’s magical aura (it really is magical), I asked Cate Blanchett about her hobbit-related rituals, and I tried to remain nonchalant as I chatted with models and fashion-y people and sassy comedian Aziz Ansari.

But for some reason, the moment that stands out, the moment that really got me, was when Carine Roitfeld (former editor of French Vogue and all-around badass) remembered my hair. I had briefly interviewed her the night before about her post-Vogue plans (she was decked out in Givenchy couture; I was wearing some rag and trying to pass it off as classy, as is my custom), so when I spotted her at her son’s art opening, I chatted her up again. 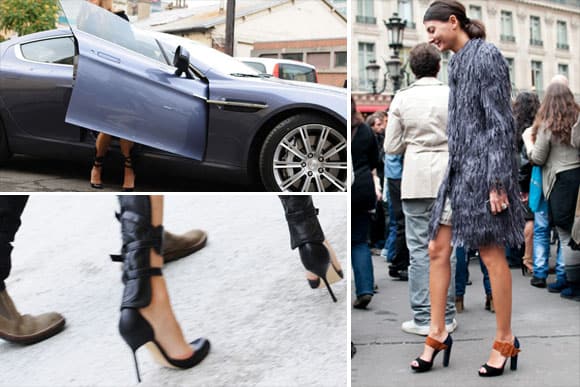 From afar, she’s pretty terrifying—whippet thin, fiercely stylish and undeniably cool. But in fact, she’s quite forthcoming, and I now suspect that she might even be human. When I re-introduced myself, she said, “I remember. You wore your hair down last night.”

OMG… Carine Roitfeld has taken note of my hair, for better or worse.

When I resumed breathing and was actually able to form sentences, we chatted about her friendship with Tom Ford and her preferred drink (vodka). “I’m Russian, you know,” she held up her glass. “Never mix.”

And then I thought back to that moment in the Tuileries, my clunky boots covered in limestone dust, sure I was the dowdiest girl ever to have walked the face of the earth. I’m not sure how I got from there to exchanging quips with Carine Roitfeld over vodka cocktails, but sometimes life takes mysterious turns, and sometimes the most bumbling of bloggers moonlight as fashion journalists.

And why not? Fake it ’til you make it.

Written by Tory Hoen. Images by Thanh Nguyen, journalist, freelancer, based in Hanoi, Vietnam. His street fashion blog: ilovesorbet.blogspot.com Looking for a fabulous vacation rental in Paris, Provence, or Tuscany? Check out Haven in Paris.

4 comments on “Reflections on Fashion Week in Paris and NYC: Carine Roitfeld Remembered My Hair”

About that limestone dust.. is there some secret parisian shoe spray or something that repels it?

Wow! What an amazing compliment to have Carine Roitfeld remember your hair! 🙂

I love your account of fashion week! I now know what a “hoodarf” is, and yes…yikes. How exciting Carine knows you & remembered detail like that…I would die!

Ahh! That is crazy Great story!
I had the same in-awe feeling this past NYFW since it was my first…it was phenom! And attending shows and mingling. It was all very exciting!