Be My Parisian Valentine: Three Romantic Itineraries in the City of Light 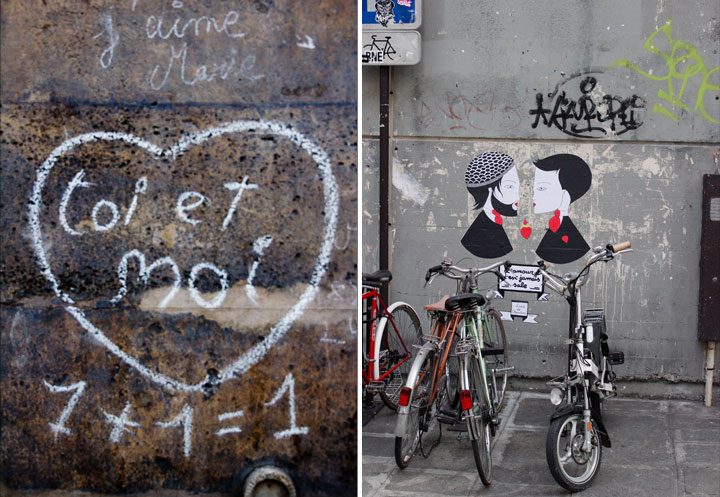 Be My Perfect Valentine

Paris is definitely one of the most romantic cities in the world. But with so much to do in the City of Love, it can be hard to choose how to celebrate the ultimate day of amour: Valentine’s Day. Here are some thematic original ideas to inspire your plans for February 14th, or any special Paris date night! 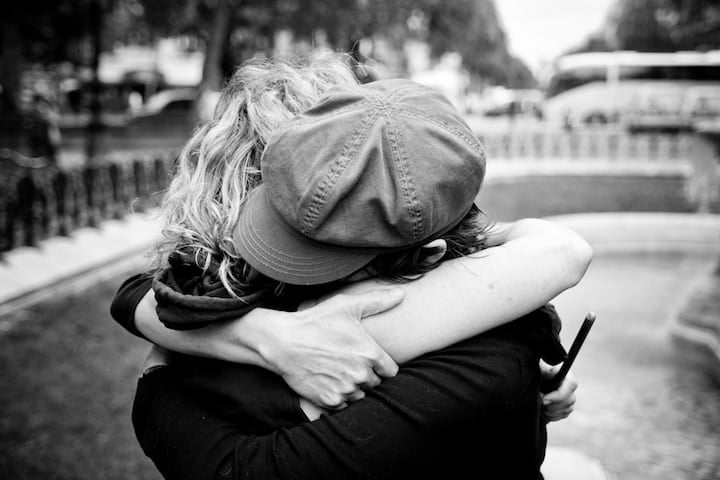 Start your night by slipping on your flapper-girl dress and slinking to the new Club Rayé piano bar (26 rue Dussoubs, 75002). Opened in December in a former 13th century nunnery, owner (and New Yorker) Kein Cross applied his interior design experience to create a one of a kind venue. Black and white stripes (rayé in French) are ever-present in the décor, from the comfy lounge chairs to the custom-made rayé accessories. Ideal for a before-or-after-dinner drink, sit back and enjoy the live piano music, inventive champagne cocktails and savory arancini balls. 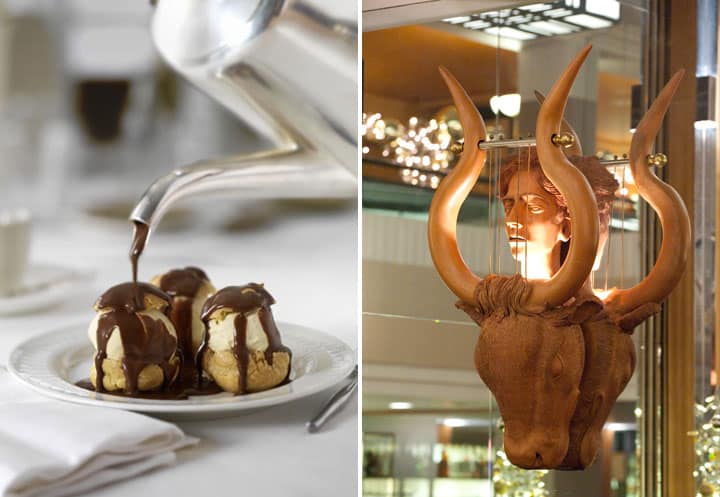 Your evening should continue in kind, so make your way to the majestic art deco restaurant Le Boeuf sur le Toit (34 rue du Colisée, 75008). First opened at a different location in 1921, it became the after-hours hotspot of the Jazz era attracting the likes of Picasso, Jean Cocteau, Erik Satie and Coco Chanel. While this incarnation dates from 1941, it impeccably embodies Les Années Folles. 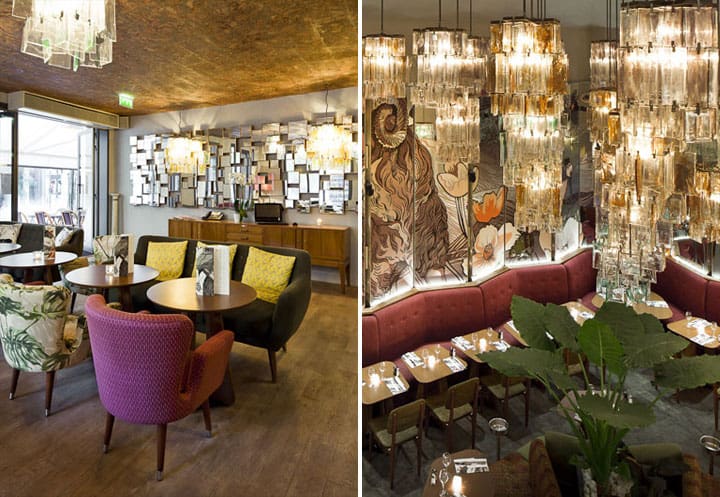 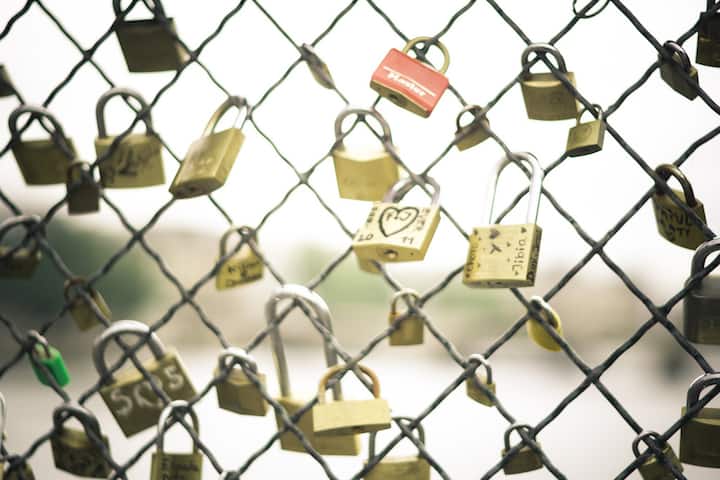 Paris has been a mecca for writers for over a century and there are still plenty of places in the city that preserve this literary tradition. Rendez-vous with your chéri/e at one of the Latin Quarter’s independent bookshops, either Shakespeare and Company (37 Rue de la Bûcherie, 75005) or the Abbey Bookshop (29 Rue de la Parcheminerie, 75005), and make a challenge to seek out the most romantic book as a V-Day present for your amour. 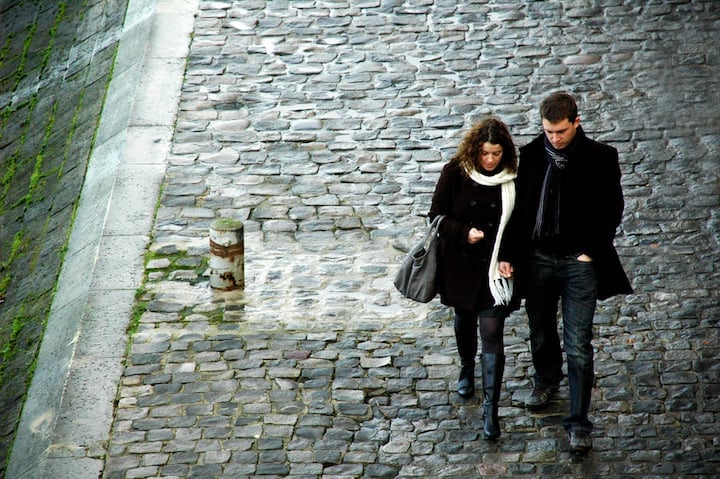 Pursue your amorous adventure at one of the area’s literary themed cafés for a drink or dinner. Surrounded by books and with the skies painted above on the ceiling, you’ll be in your own writers’ paradis at the former bookshop La Fourmi Ailée (8, rue du Fouarre, 75005). Or for a posher place, settle in amongst current intellects and publishers at equally book-lined Les Editeurs (4 Carrefour de l’Odéon, 75006). 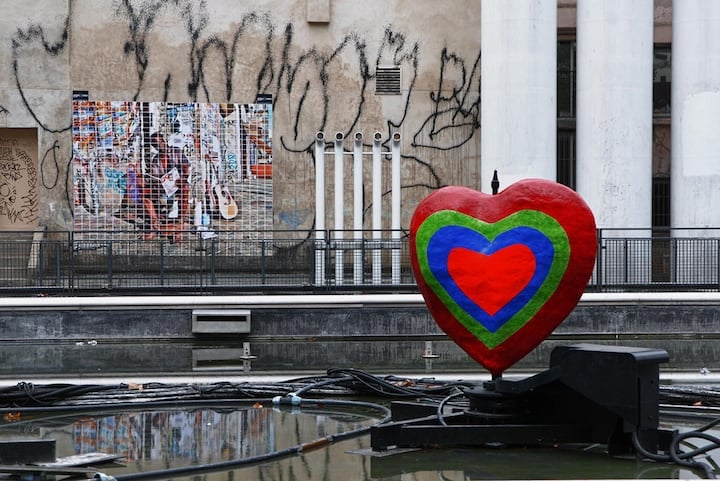 Finally, stop in at Le Café Laurent (33 Rue Dauphine, 75006), the literary cafe of the hotel d’Aubusson. One of the oldest cafés in all of Paris, it was a favorite meeting place of French intellectual and literary world from Voltaire and Rousseau to Camus and Sartre. Boris Vian jammed here, and this musical custom still lives on with nightly jazz concerts Wednesday to Saturday. 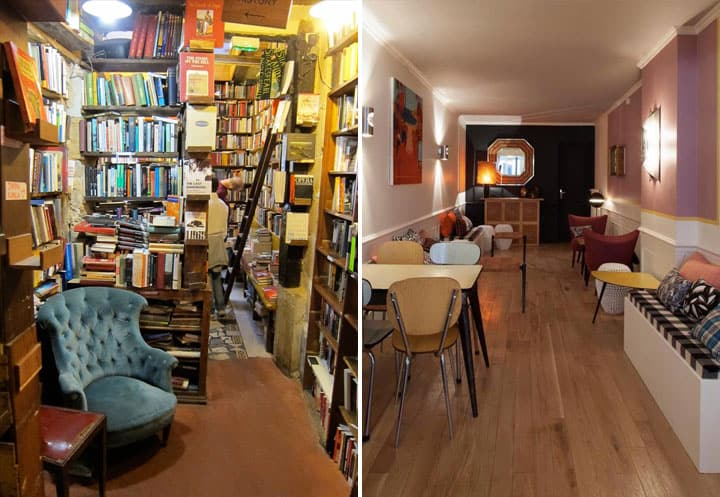 Romantic Hipsters need not despair. You may have to pretend it’s not really Valentine’s Day, because it isn’t cool to officially celebrate it in France. However, you can have a discreetly heavenly night in the brewing Hipster hotspot north of Barbès. 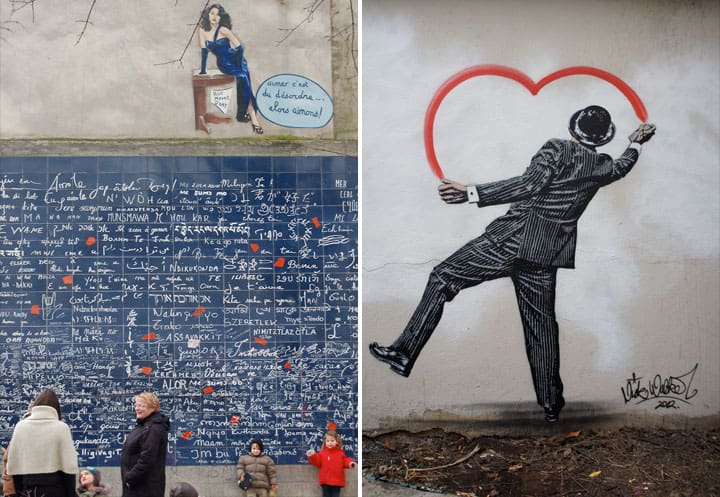 The intersection of rue Muller and Clignancourt is hopping on the weekend. Start with a cheap pint at either La Chope du Chateau (40 Rue de Clignancourt, 75018) or Clair de Lune Bar (1 rue Ramey, 75018), packed with a mix of young and old locals. 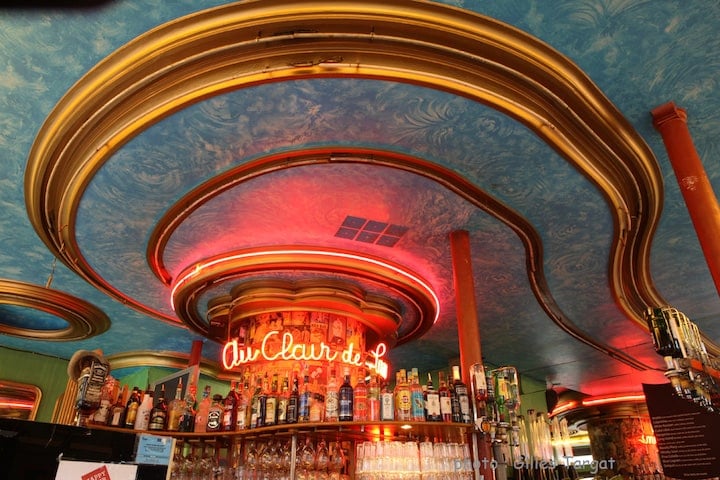 Next, work your way up to Le Rosie (3 rue Muller, 75018), the living-room-style bar of Nicolas Ullmann, the rebel king of Parisian nightlife. Have some cheese and charcuterie plates, or if you need to satisfy a larger appetite head a little further up the road to nibble on an Aphrodite at the Pink Flamingo Pizza (30 Rue Muller, 75018). 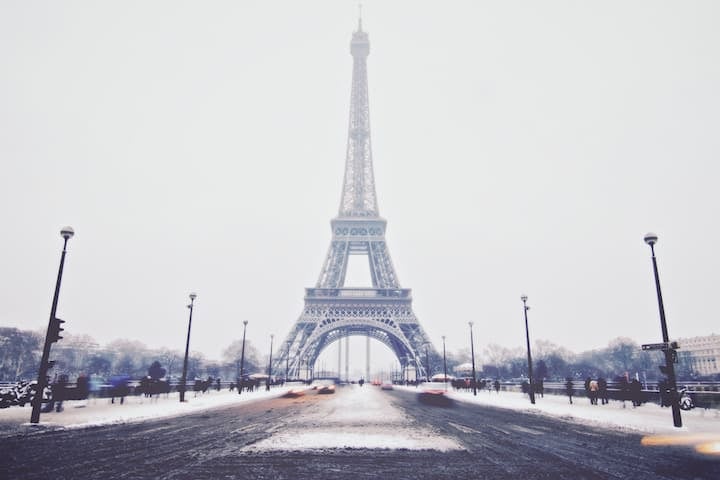 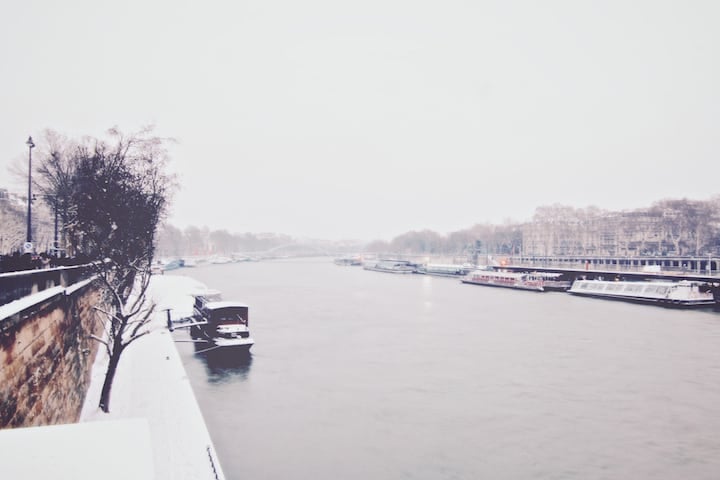 Finish your night off at Le Blue (14 rue Muller, 75018), the recently reopened and revamped venue of the legendary Blue Note jazz club. Cool DJs have replaced the jazz musicians, but it’s still cheap and in keeping with the artsy crowd of this new generation. 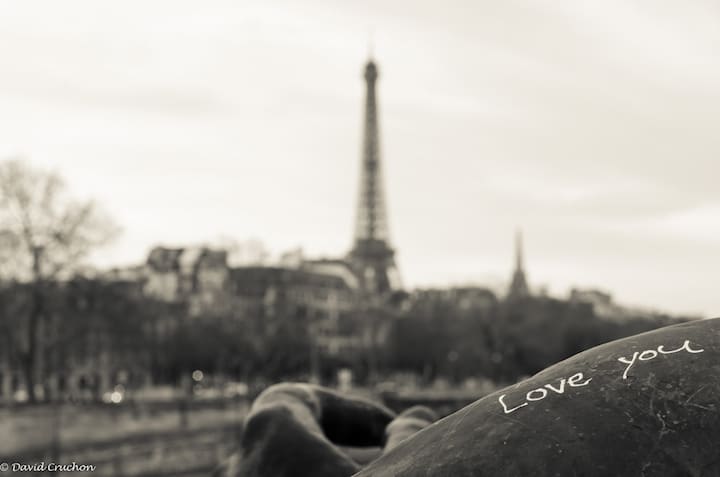 Do you have fun date ideas to share? We’d love to hear them in the comments!

Written by Lily Heise, author of Je T’aime, Me Neither, for the HiP Paris Blog. Looking for a fabulous vacation rental in Paris, London, Provence, or Tuscany? Check out Haven in Paris.

5 comments on “Be My Parisian Valentine: Three Romantic Itineraries in the City of Light”

Glad you liked the post Lucien and Alexandra, and it’s nice to see Paris love spreading across all the way to Vancouver!

Lucien, I’m not totally sure, but it looks like that could be on a statue on the Pont Alexandre III bridge?

I couldn’t make it back to Paris this month, but I succeeded in bringing a bit of Paris to Vancouver.

Do you know where the last photo, the one with “I love you”, has been taken?

Hi Lucien… I am not sure. Anyone know?! – Erica