Parenting in Paris: The Challenges of Raising Teenagers in France 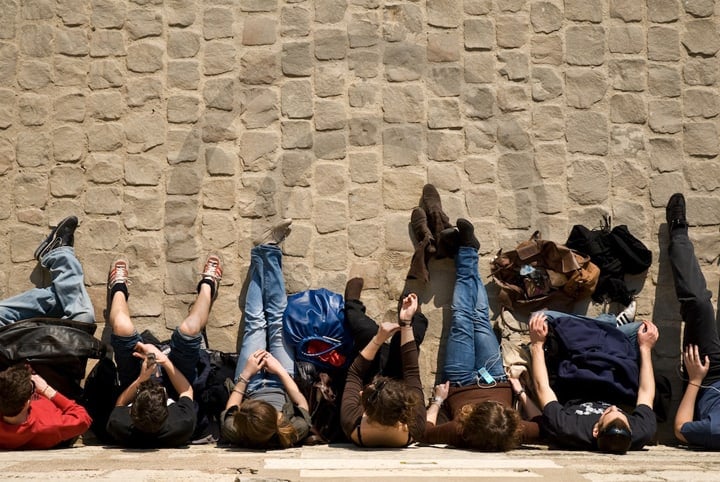 My teenager is a junior in an international high school in Paris. Which means she has lots of exams for programs in the US, UK, Canada and France. Letters fly through the air in our home these days; SAT, DELE, BAC, and IGCSE all mean something in some country. Sound overwhelming? 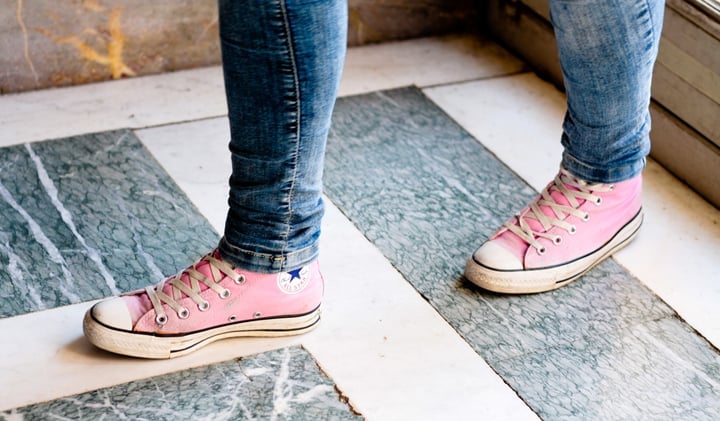 It kind of is… But this is the official stuff, with rules and deadlines and plenty of assistance from guidance counselors. Unlike the challenges of raising a teen in a foreign country, for which there is no guidebook or standard testing procedure. 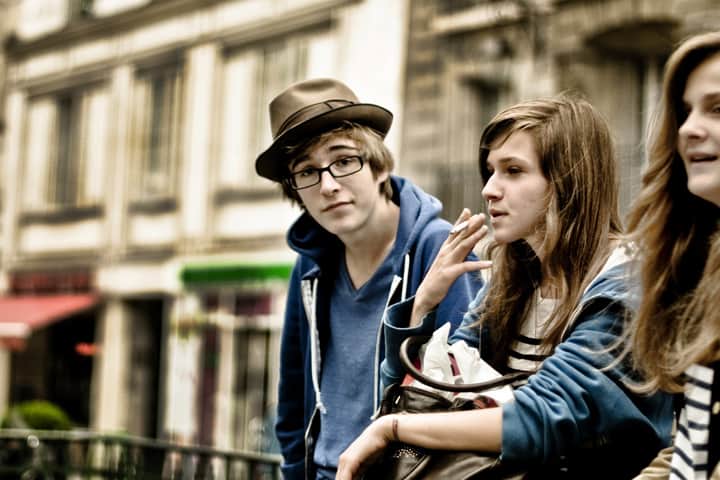 Some of the differences I’ve experienced raising a teen in a foreign country can be wonderful, like all the international travel these kids get to do. Recently my teen announced that she’d be in three countries in less than a week.   On Monday her class was taking the train for a day trip to the EU headquarters in Brussels, and on Friday she was Madrid bound for another class trip. She was shocked when she learned that French soccer player Nicolas Anelka had been refused entry in to the UK because of an anti-Semitic gesture he had made on the playing field. “A European country can refuse to let a Frenchman in?” she asked, in total bewilderment, revealing just how mundane international travel is for kids on the continent. 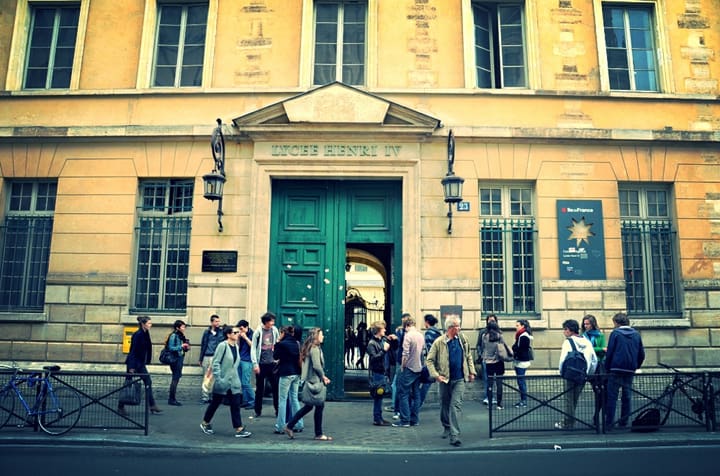 All this easy travel, and France’s colonial history, make for another wonderful part of raising teens in a cosmopolitan city like Paris where multi-cultural households are as common as our corner bakeries. My daughter’s friend Clara, for example, has a Moroccan Mom and an English Dad raising their daughter in Paris. Even in my daughters’ public school, which is located in a very traditional, French-Catholic part of the city, about half the teens in her school were at least bilingual. C’est normal! As the French would say. 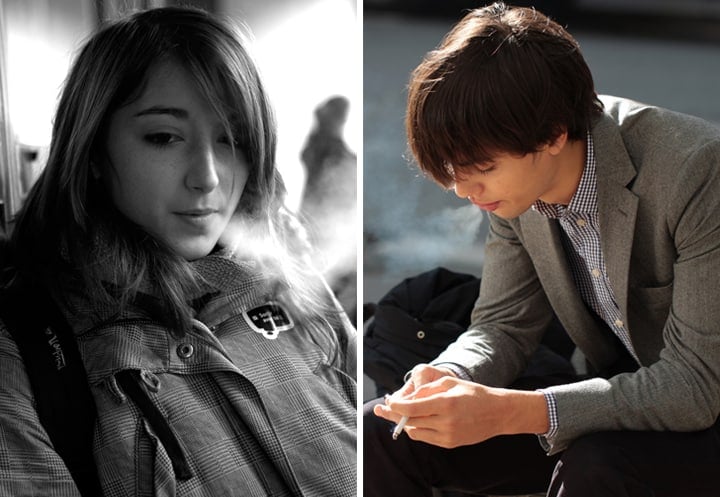 And then there are the not-so-wonderful aspects. The worst is tabagism, which sounds like Catholicism or Judaism, but it’s not a religion, it’s a habit, and a bad one: smoking. 26% of French teens smoke, the majority of them before they’re 15, although it is illegal to sell cigarettes to anyone under 18. Tragically, 40% of the smokers in France are under 25. The good news is that 74% of teens don’t smoke, but if you have a teen who is at all tempted, it is nearly impossible to keep them from lighting up. 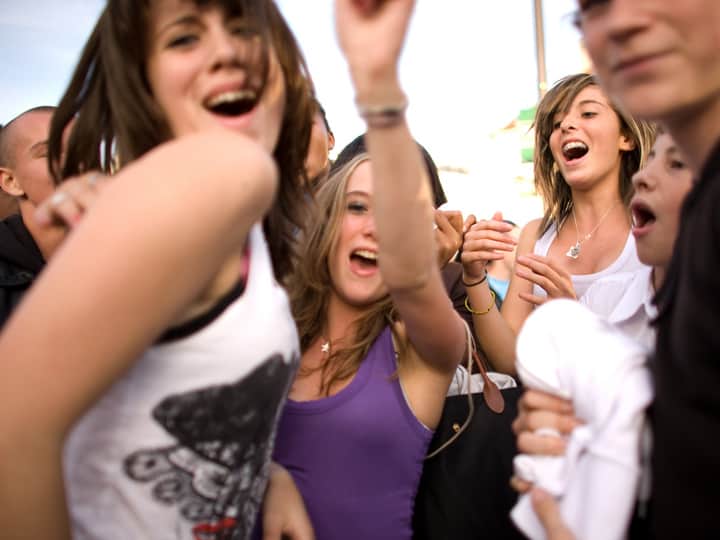 Growing up in Paris, teens can start going to bars with friends when they are 18, but are rarely carded after 16. Chances are, they have already had their first drinks at home, over dinner with their parents. It is rare for French teens to go out and get wildly drunk. In the US, statistics are measured by whether a teen has ever had a drink, if they have ever been drunk, and if they are binge drinkers. Comparable French reports only take into account first drinks and being drunk, because binge drinking is not (yet) a problem in France. My older teen is currently in the US for university and this relationship with alcohol is one of the biggest cultural differences she has from her peers. “Mom,” she declared while savoring a glass of Bordeaux over dinner, “you don’t understand, if I want to get embarrassingly drunk, it’s not a problem, but enjoying a nice glass of wine with a meal is almost impossible until I’m 21!” 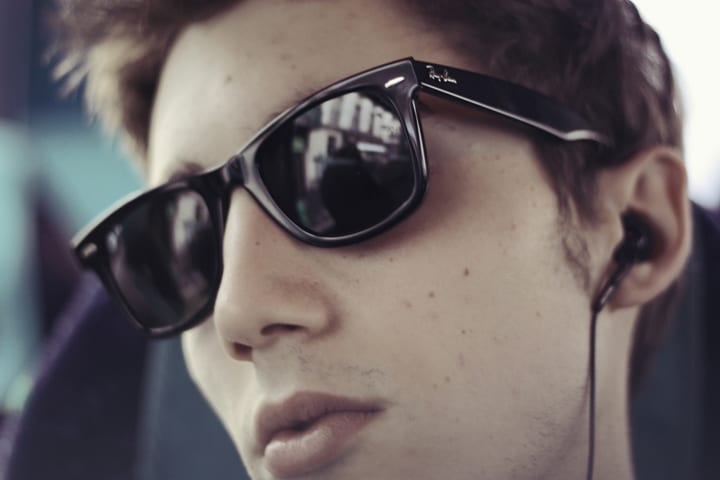 Of course, driving is one of the reasons teens have such limited access to alcohol in the US. Raising teens in Paris, I have never once had to worry about my child getting behind the wheel after a drink, or getting in a car with a drunk friend. While 16-year-olds can drive alone in California, you can’t drive without your parent in the car until you are 18 in France. Public transportation is so easy and parking so difficult, that even after reaching official adulthood, most young people find getting their license is too much of a hassle. Besides, it is much cooler to dial up Maman’s VIP taxi service if they really want to impress the girls (or boys). 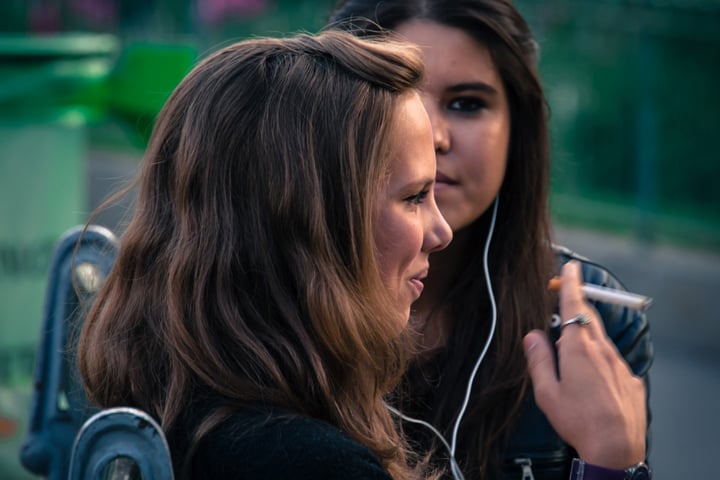 What I do have to worry about is if she is being responsible while on holiday with her 6 best girlfriends in a foreign country — without parental supervision. I don’t know why, but French parents are very OK with letting a group of 16-year-olds go off alone on holiday. When my daughter first asked me if she could go on an unsupervised trip at such a young age, I thought the other parents were crazy for saying yes. Then I got an email from her school. A French news station was doing a story on French teens and how they planned their first independent trips and would any families be interested in being filmed as their teens planned their first summer holidays on their own. The news station and the school had just assumed that as high school juniors these kids would all be planning solo trips over the holidays. I was flabbergasted. She was thrilled, and got her holiday. I can identify the six grey hairs that grew on my head over the six days the girls were in London savoring their first sip of independence. 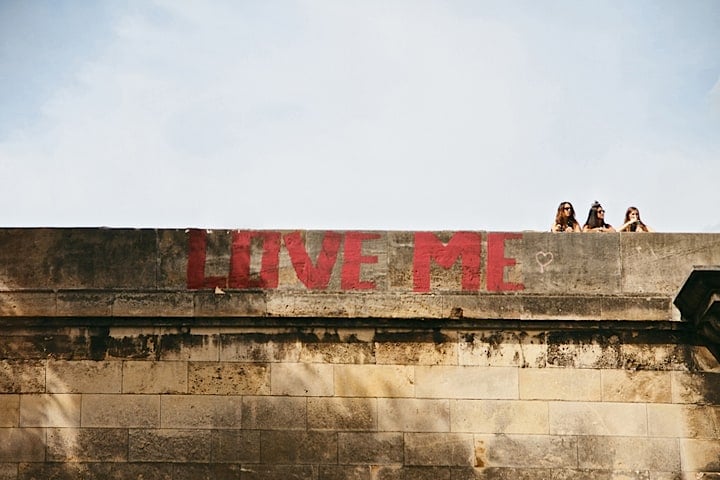 In my daughter’s pediatrician’s office there is a cartoon posted just above the exam table. It is the illustration of a very grumpy teenager, replicated 8 times and under each illustration is a brief text… a grumpy teen, a sleepy teen, a hungry teen, a happy teen. The moods change, but the teen’s face remains the same. For me, this cartoon perfectly illustrates just how similar teens are to each other across globe. While there are cultural differences, ultimately, the challenges of being the Mom are pretty much the same. We love them madly, but we’d sometimes love to ring their necks.

8 comments on “Parenting in Paris: The Challenges of Raising Teenagers in France”

You have been so helpful! I truly appreciate your honesty in your feedback! So, would your suggestion be to find a good private school like Jeannine Manuel be my best option?

HI Nicole,
I do not know specifically about immersion schools. I know many families who have had their children in public schools. Culturally, it is VERY different from the US. For example, in the US, there are bonus points and it is possible to do better than 100% Kids are encouraged to excel. In France they are graded on a scale of 1-20. Getting a 14 on the French BAC is considered an exceptional grade. I know the BAC is for high school students, but even in kindergarten, 20s are virtually unheard of. As a result, American kids and their parents often come here and find the adjustment very difficult. I recently advised an American family who was very confident the adjustment would be easy for their daughter because she and the Dad were fluent in French. They lasted until Jan before he called requesting assistance because their daughter could not understand the French way of doing math. I am not trying to discourage you. It is definitely doable, people immigrate to France every day. But I would be doing you a disservice if I led you to believe it was easy.
I believe you will have to put your children who are 14 & 11 in an immersion program in the public school system. It is my understanding that you can not select the school your children are sent to in this case. I am sure that if you lived near a school that had an immersion program, you could get your kids in it, but I have no idea how to find the immersion programs.
For your child who is 7, I can not help, as my situation was very different.
You may want to contact Message, a group for anglo speaking parents here in Paris. I know many of their members have kids in the public school system.
Hope that helps!

Unfortunately, a school like Jeannine Manuel is not affordable for me. I added up the costs for one year and it is about $30,000! Do you know anything about the immersion schools, are they good, do the kids fare well there? Can I chose the school I would like my children to go to, for example, Balzac or is it determined by the district in which I live?

Bonjour Nicole,
Balzac is a public middle/high school in the 17th with an international program. There is a similar school in St Cloud. For your elementary school children, Paris is a very cosmopolitan city with the children of foreign parents in every quartier.
It is my understanding that if your children do not speak any French, they will be put into an immersion program to get them up to speed. In this case, you do not choose the school, it is assigned by the Mairie and it may or may not be near your home.
Culturally, the immersion is very challenging for kids and even more challenging for their parents. If you’d like a gentler transition, I’d recommend looking into Jeannine Manuel, a private school with an immersion program for the kids and alot of ressources for their adults.
Hope that helps. Don’t hesitate to ask, should you have further questions.

I read in the blog above, “Even in my daughters’ public school, which is located in a very traditional, French-Catholic part of the city, about half the teens in her school were at least bilingual.” what part of Paris is this? I am seeking public schools for my daughters (14, 11 & 7) and I would love for them to be in a school with other non native french speakers, so that they do not feel so isolated. What are some public schools that anyone would recommend for an American kids who speak absolutely no French. Also, unfortunately, I cannot enroll them in french immersion classes, because I live in the south and I can barely find french classes for children.

Fly Girl, Go for you for sticking to your rules! Not always easy when your name is Mom. Bon courage!

I totally get where all those gray hairs are coming from! I’m raising a teen girl in the U.S. and all the temptations and stresses are there. I agree, n unsupervised trip for teens is a risky affair but my daughter has friends who are allowed to do it as well. She will not, however.