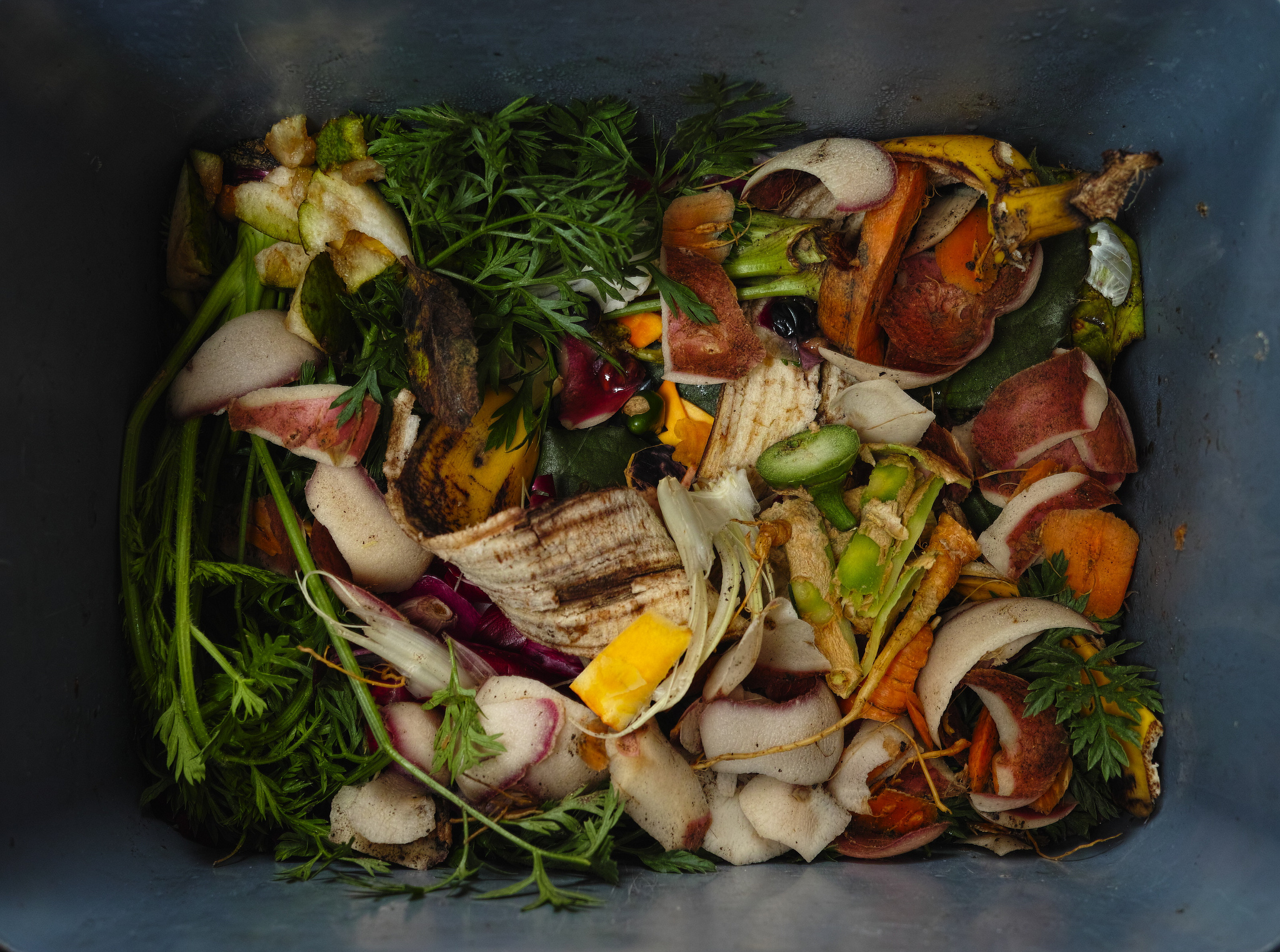 Once you start composting, you can’t go back. Maybe it’s the immediate difference you see in the amount of waste you throw away each day, or the excitement of seeing food turn into rich and healthy soil, or the fact that composting is a simple way we can nourish the earth that nourishes us.

I live in the countryside now, and when I adopted a brood of chickens from a friend who was moving into an apartment, the only caveat was that she be able to stop by whenever she wanted to visit the chickens and feed them her food scraps. “I just can’t throw food away,” she explained, and I completely understand. Before I moved to the Loire Valley, I had already become a composting convert. 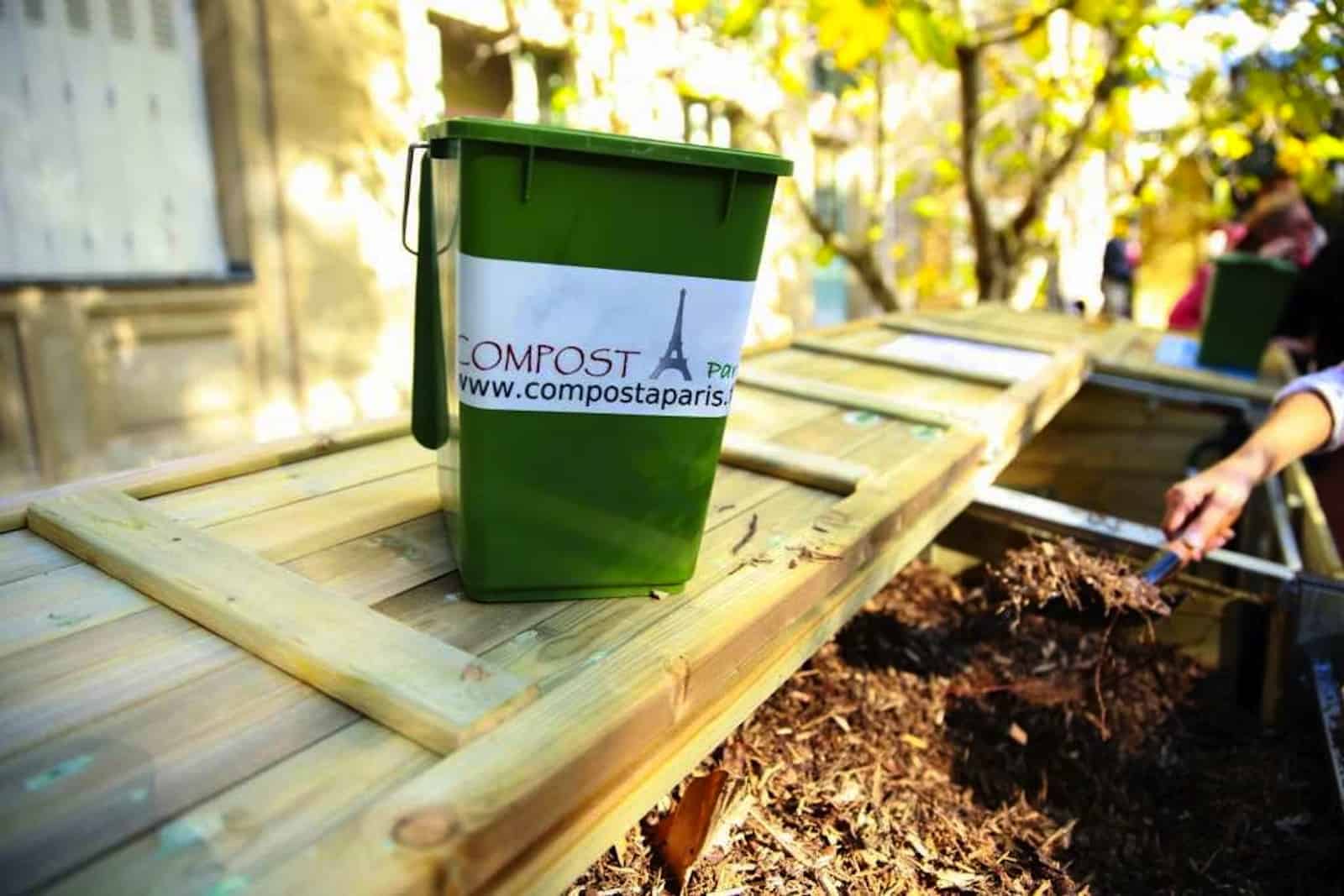 Although I didn’t have any chickens to feed in the 18th arrondissement, I still couldn’t stand the idea of throwing vegetable peels, cores, and leftovers away. My local community garden, Les Jardins du Ruisseau, was equipped with a large composting system, which I fed as soon as my bucket of food scraps was full. It took a little extra time to haul my bright red bucket of green waste to the garden, but I was happy to make the 15-minute commute if it meant contributing to the quality of soil that would help community gardeners raise locally grown flowers, fruits, and vegetables. I simply couldn’t justify just throwing all that goodness away.

Luckily Jean-Jacques Fasquel,  Maître Composteur and president of the association Compost à Paris, feels the same way. A leader in the compost movement in Paris, Jean-Jacques has been finding food waste solutions since 2008. It was in that year that he installed a composting system at the Jardin Santerre in the 12th arrondissement. This community garden, which is located at the foot of Jean-Jacques’ apartment building, was an ideal space for composting due to its proximity to a large residential building. 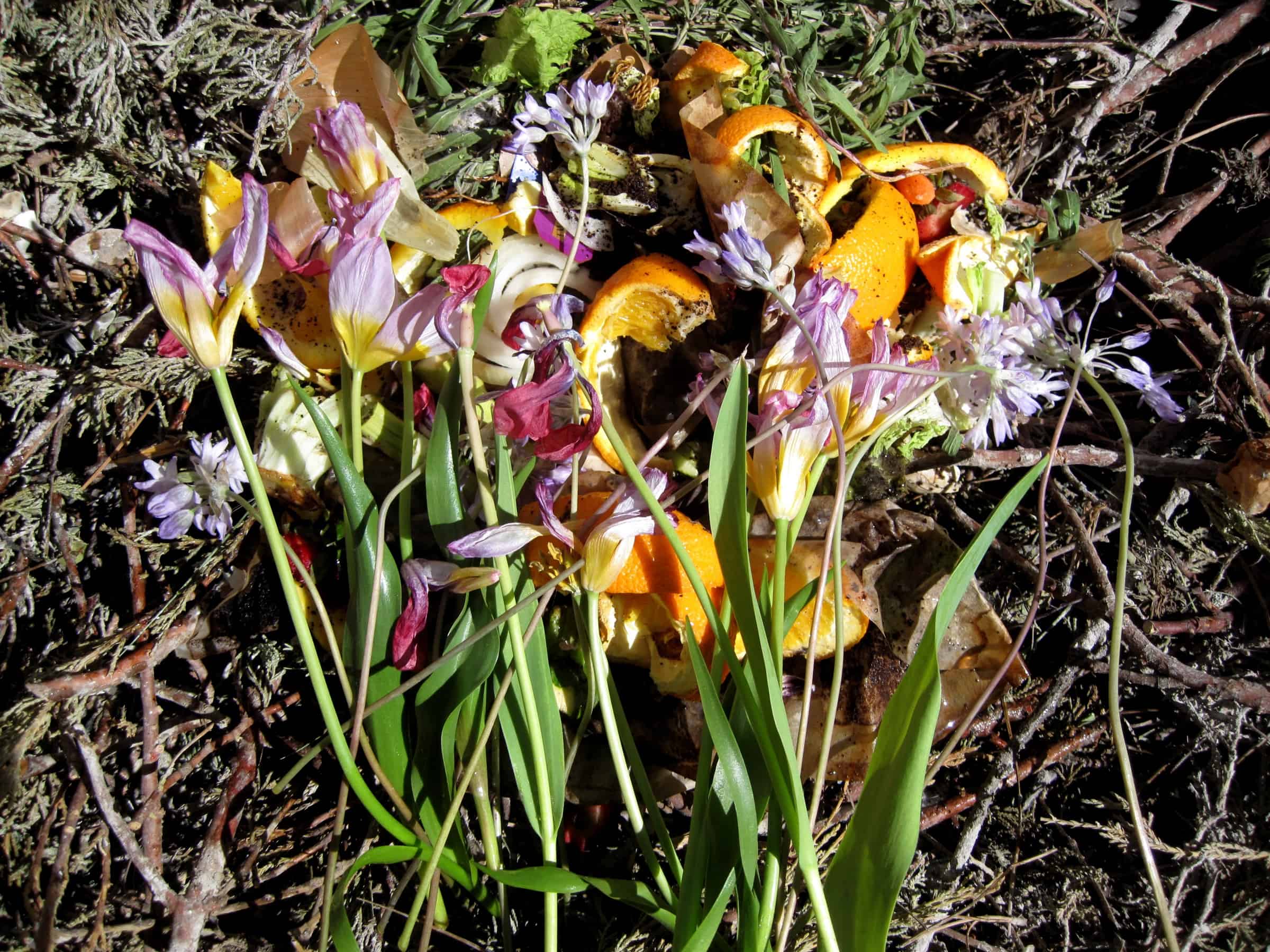 The system is still thriving, but probably its greatest legacy is the response it inspired from the city of Paris. Following the success of Jean-Jacques’ grassroots movement, Paris launched a compost support program in 2010. Parisians who want to set up composting systems in their apartment building courtyards are invited to fill out an application asking the city to approve their proposal. If the candidate has met certain qualifications – most importantly obtaining the agreement of the building’s superintendent and the support of at least 10 residents/participants – the city will sign off on the compost project.

Approved compost projects start off with a visit from a city-certified compost master, who will examine the proposed site and verify that it is fit for composting. The following building material, training, and support for the project are completely covered by the city. Elementary schools and other city institutions are also welcome to apply to the composting program. To date, over 350 composting sites have been established thanks to the city’s initiative. 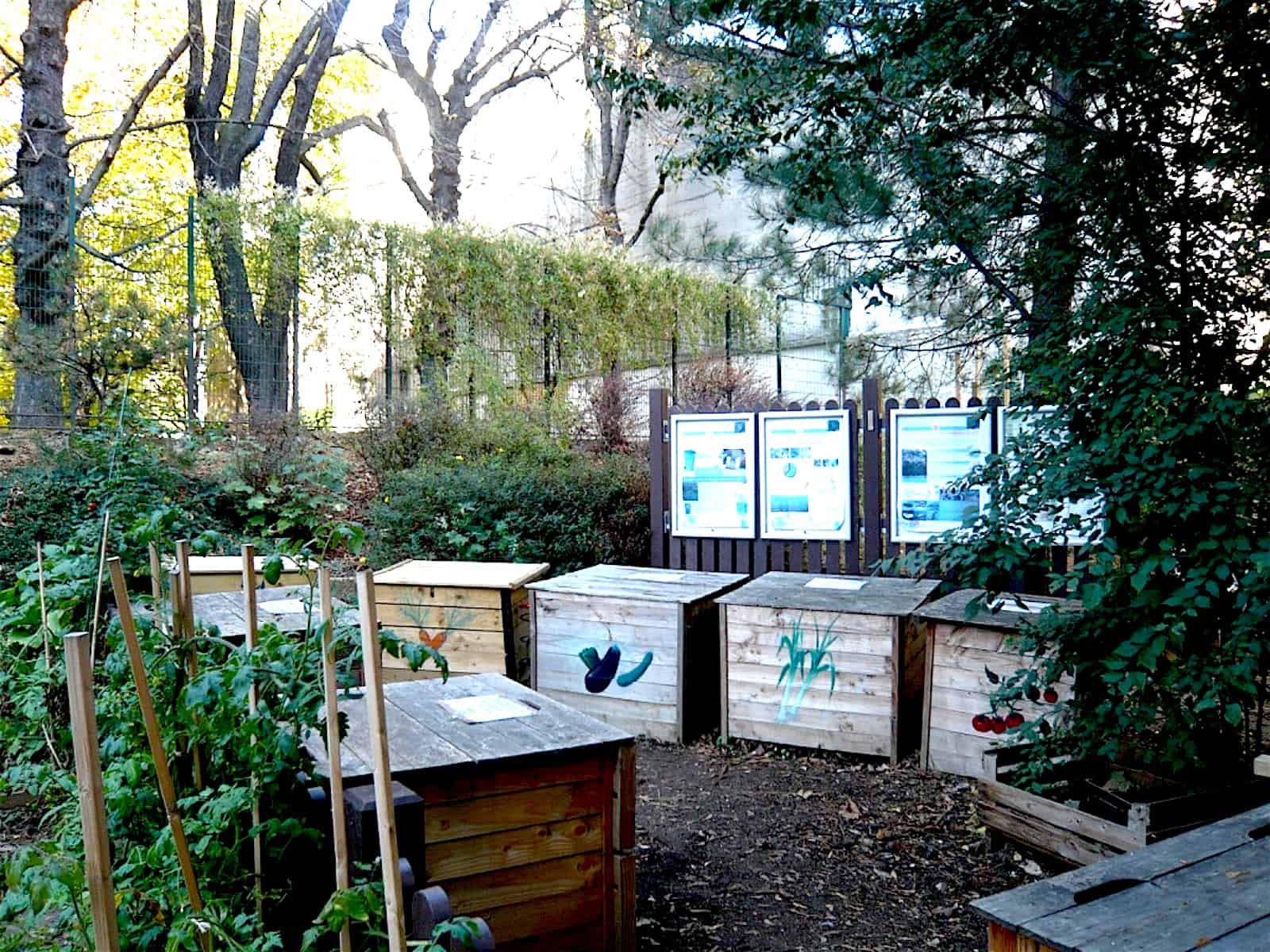 Paris residents who don’t have space in their courtyard or support from their community can take advantage of the compostage de quartier – or public composting sites – much like I did at Les Jardins du Ruisseau. These neighborhood composting sites have become extremely popular, to the point of risking overflow. When Jean-Jacques set up a second composting site at the Maison des Associations in the 12th arrondissement in 2014, the program was already at capacity with 130 participants before it was officially launched.

Community gardens are popping up around the city and to find one near you, head to Jardinons Ensemble for a list of community gardens in Paris. If your garden of choice doesn’t have a composting system set up yet, maybe it’s time you helped make it happen!

While it’s fun to take part in community composting, city dwellers can also devise simple compost systems for their apartments. Stay tuned for the next installment of the Composting in Paris series where we talk about DIY and home composting. 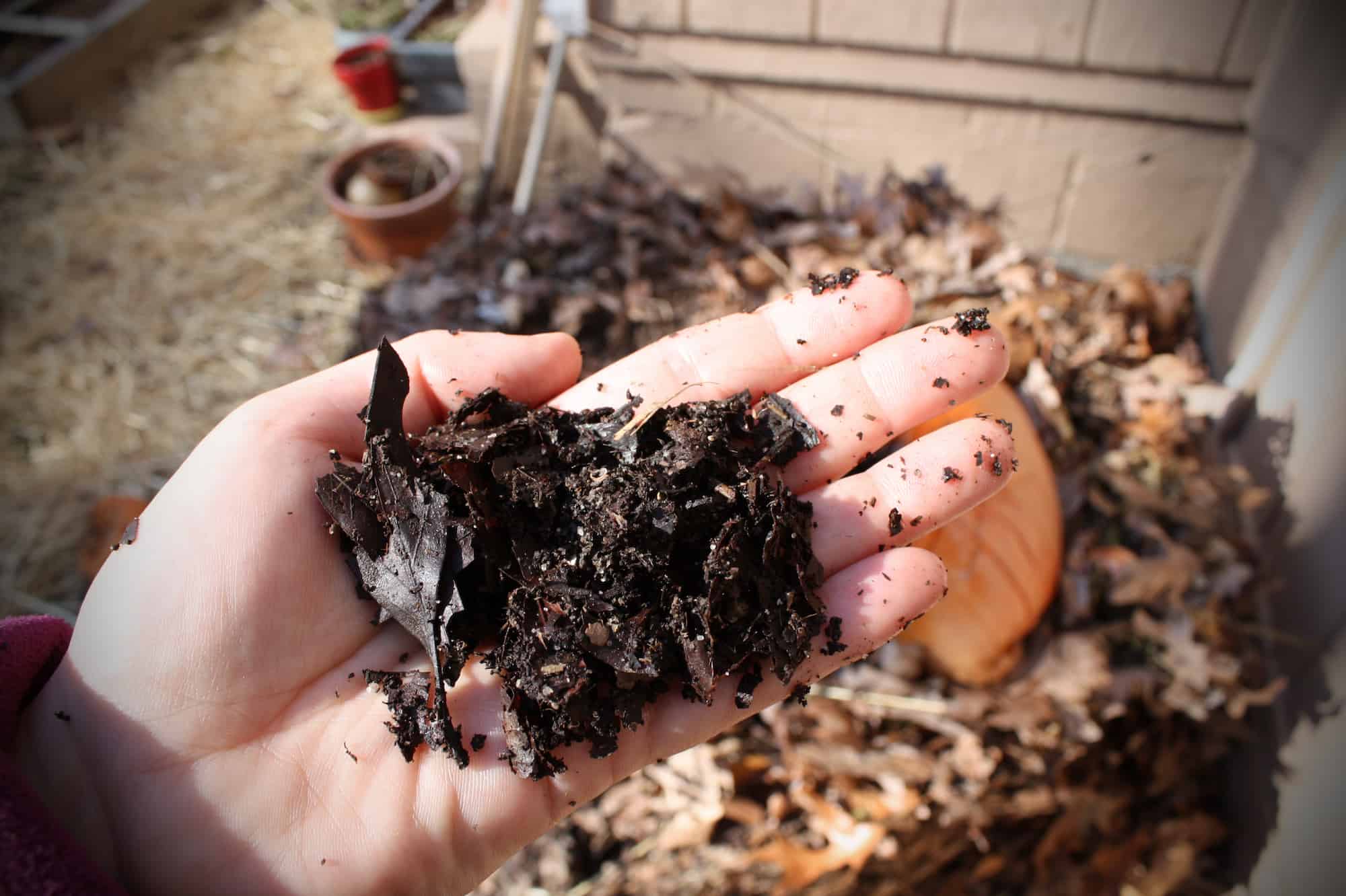 I loved the story and was wondering if you have considered adding red wiggler worms to your compost systems. I’ve vermicomposted for 13 years and I find the red wigglers will decompose the kitchen scrapes twice a fast as a regular compost system. I recycle dryer lint and vacuum dust and human and animal hair. Have a great day. Sandra Rose

Thank you so much for posting this article–a great list of resources! I wonder if these community gardens do any outreach at local grocers? When I first got to Paris I asked in a few bio grocery stores if they knew of places to compost and no one seemed to know. I wish there were more outreach on this; I think more people would participate if they knew the option was available to them!

Very interesting and inspirational…and really nice photos too. I love the idea of composting catching on in big cities. Looking forward to Part 2. Thank you!