The M Word: From Mademoiselle to Madame in France 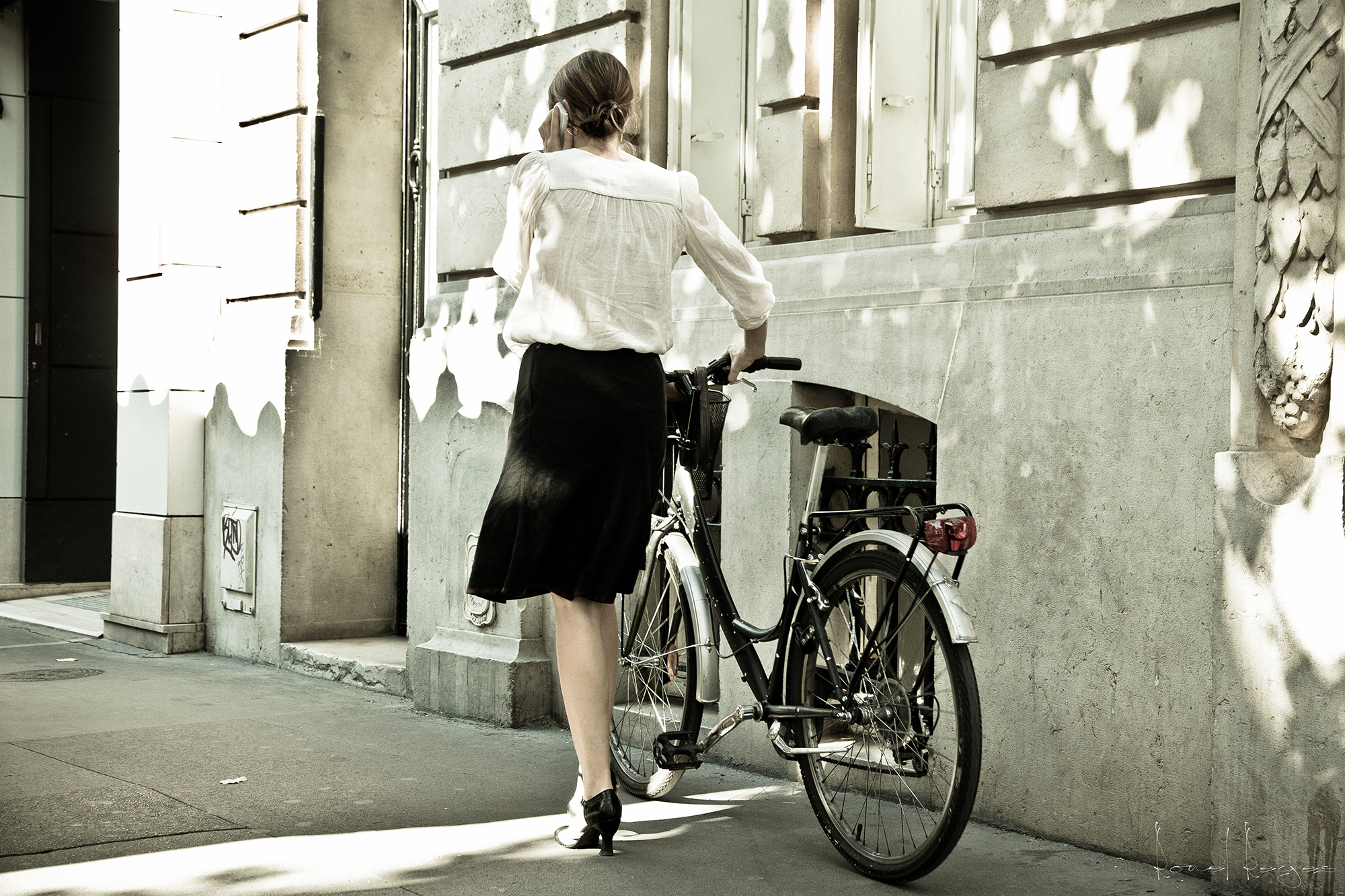 The first time it happened, it caught me off guard. I paused for a microsecond, then shook it off as an isolated incident and continued on with my day. A few weeks later, though, it happened again… and then again… until one day, it just became the norm.

I am talking, of course, about that two-syllable word that is an inevitable rite of passage for every young woman living in France. 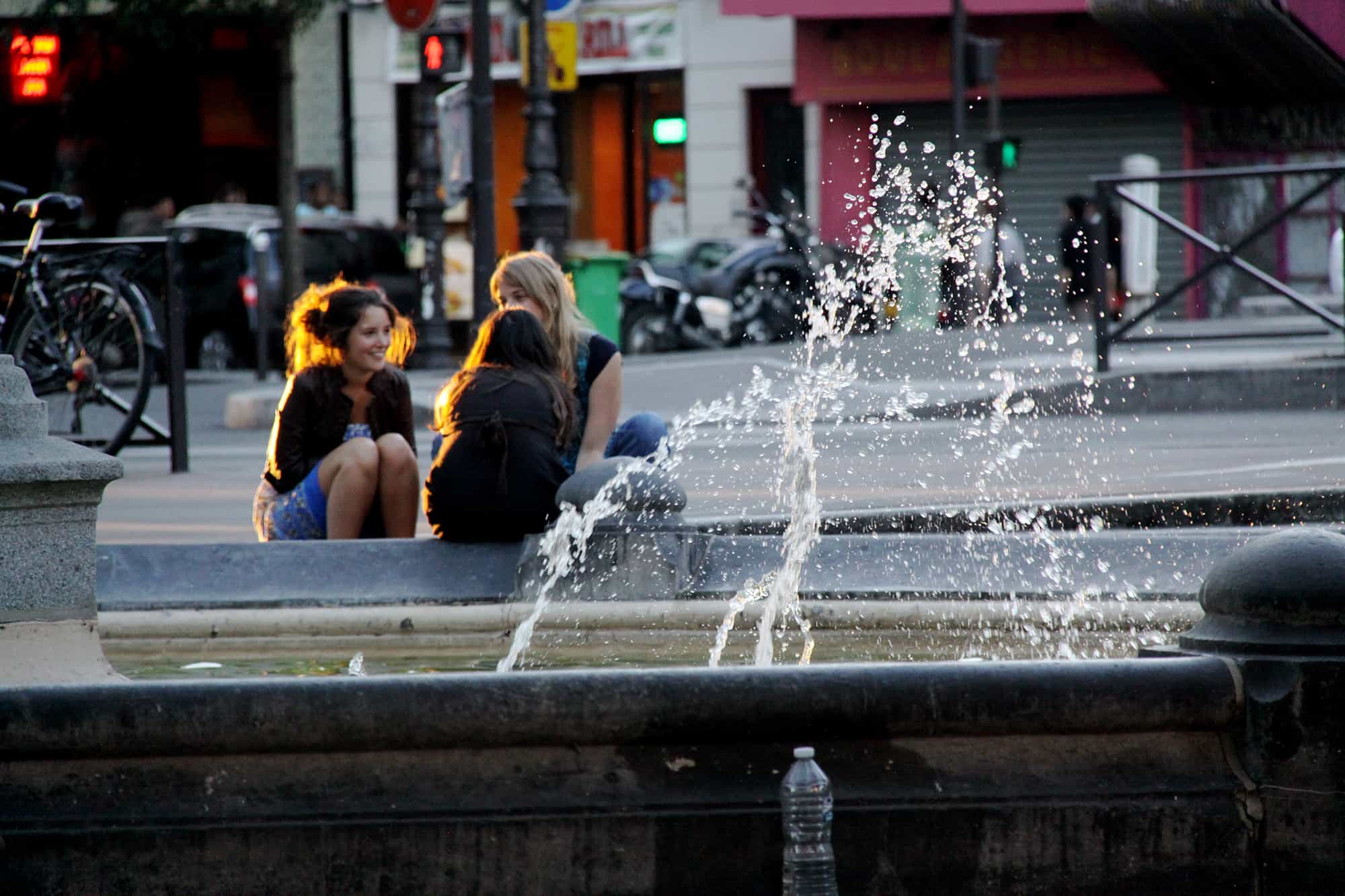 You see, there comes a time in every French woman’s life when she goes from being a Mademoiselle to a Madame. Now, in theory, this happens when she gets married, since the two words have historically been used the way “Miss” and “Missus” are in English.

But as a French friend once explained to me, most people default to Mademoiselle when addressing a young woman they don’t know. However, he added, “à partir d’un certain âge…”

Ah yes. It’s those ominous words, followed by that pregnant ellipsis full of unspoken meaning that say it all. After a certain age, the default greeting goes from Mademoiselle to Madame. But since your average passer-by doesn’t know how old you are, this label is basically just a judgement call based on how old they think you look. 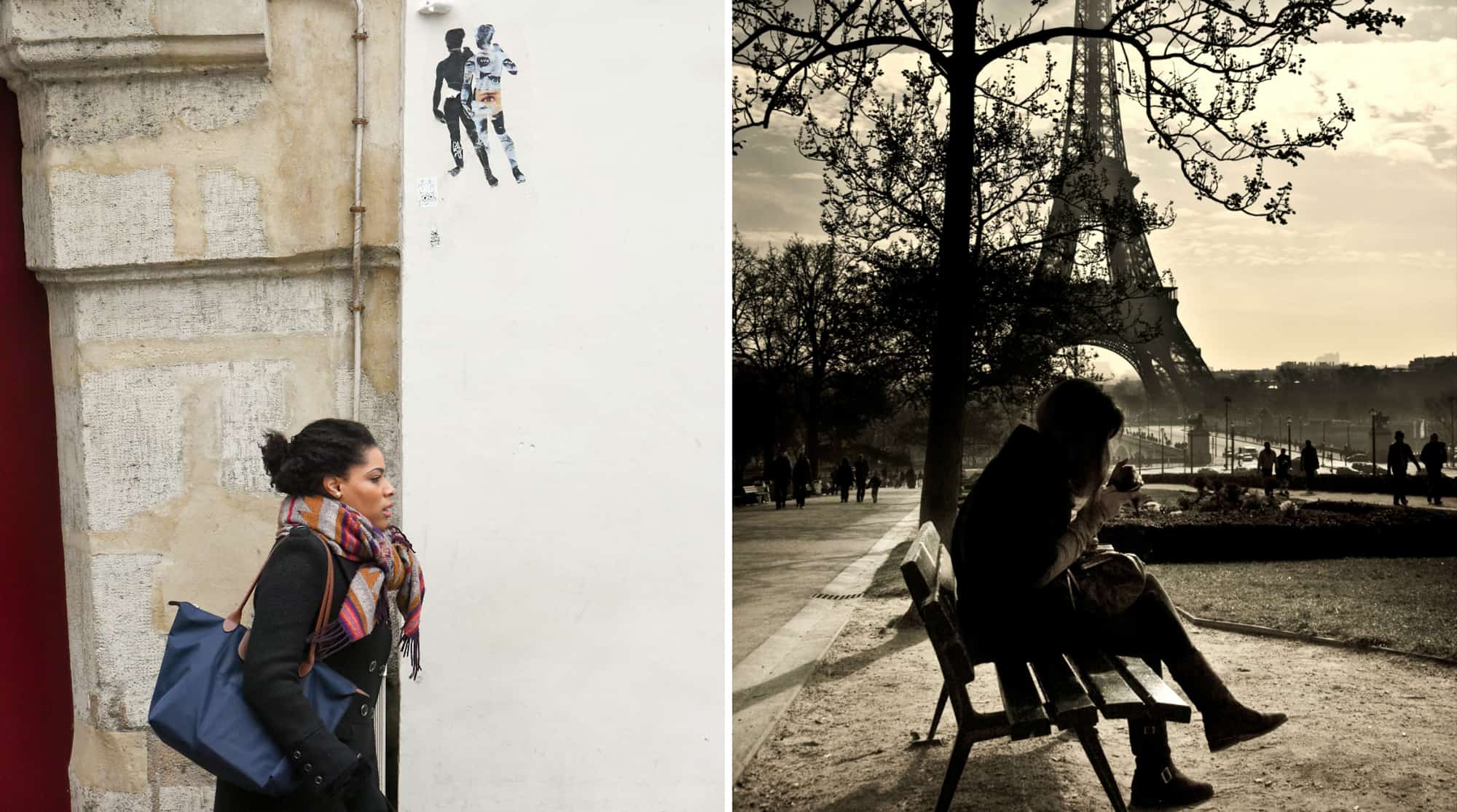 In short, being called Madame instead of Mademoiselle means the person you are speaking to has sized you up in one swift glance and decided that you are clearly past a certain age. It was like a tiny little stake through my heart every time I heard it. As far as I was concerned, people may as well have been saying, “Bonjour, la vielle!” (“Hello, old lady!”)

I couldn’t even avoid it. In France, Mademoiselle, Madame, and Monsieur are an integral part of everyday life. From bakeries to brasseries, the greeting “Bonjour Mademoiselle/Madame/Monsieur” is de rigueur. If you want to leave the house, it’s unavoidable. 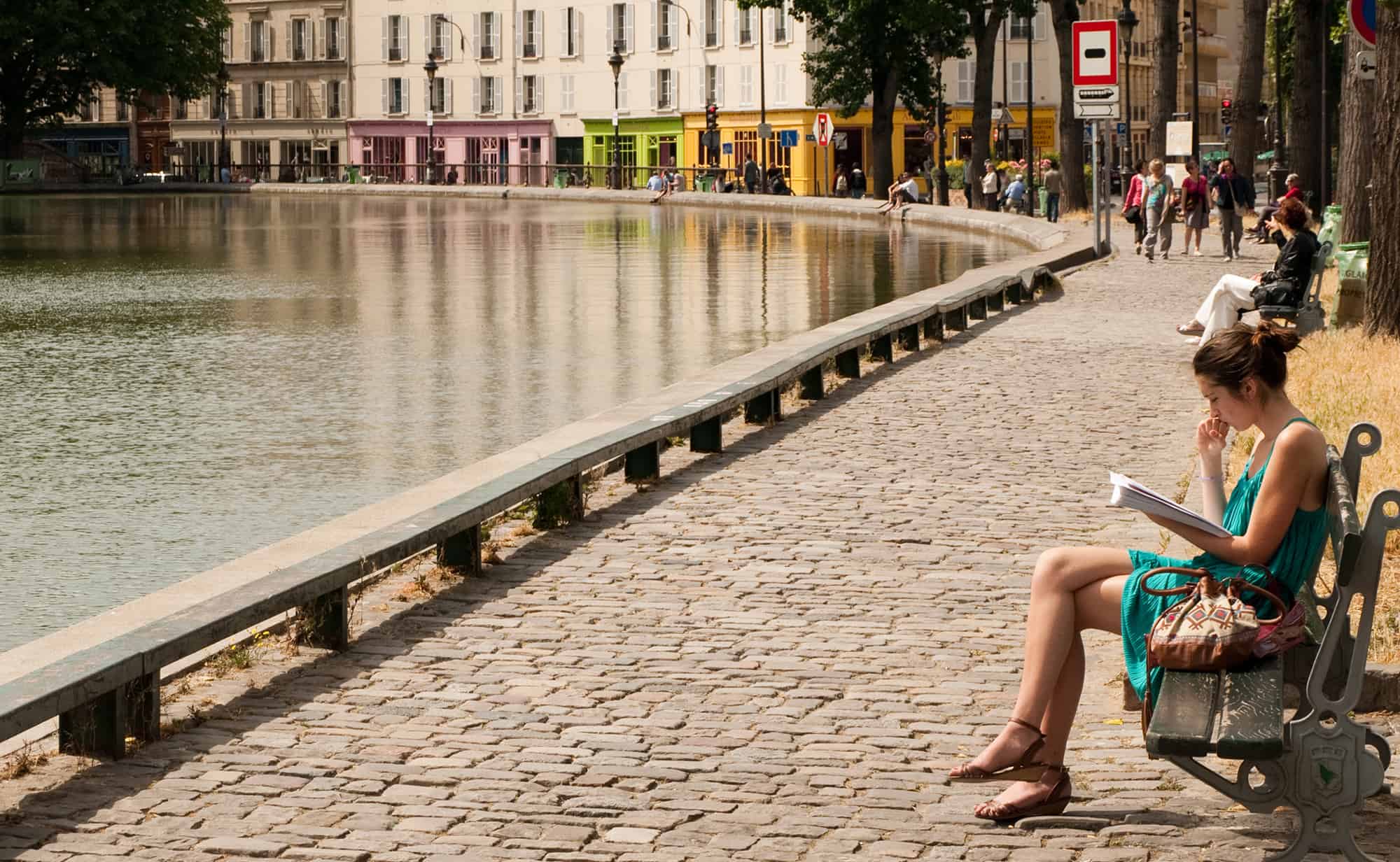 When it first started happening, I would stare into the mirror at home, trying to figure out what had changed. Were there suddenly more wrinkles around my eyes? Had I sprouted a multitude of grey hairs overnight? What was it that gave me away? 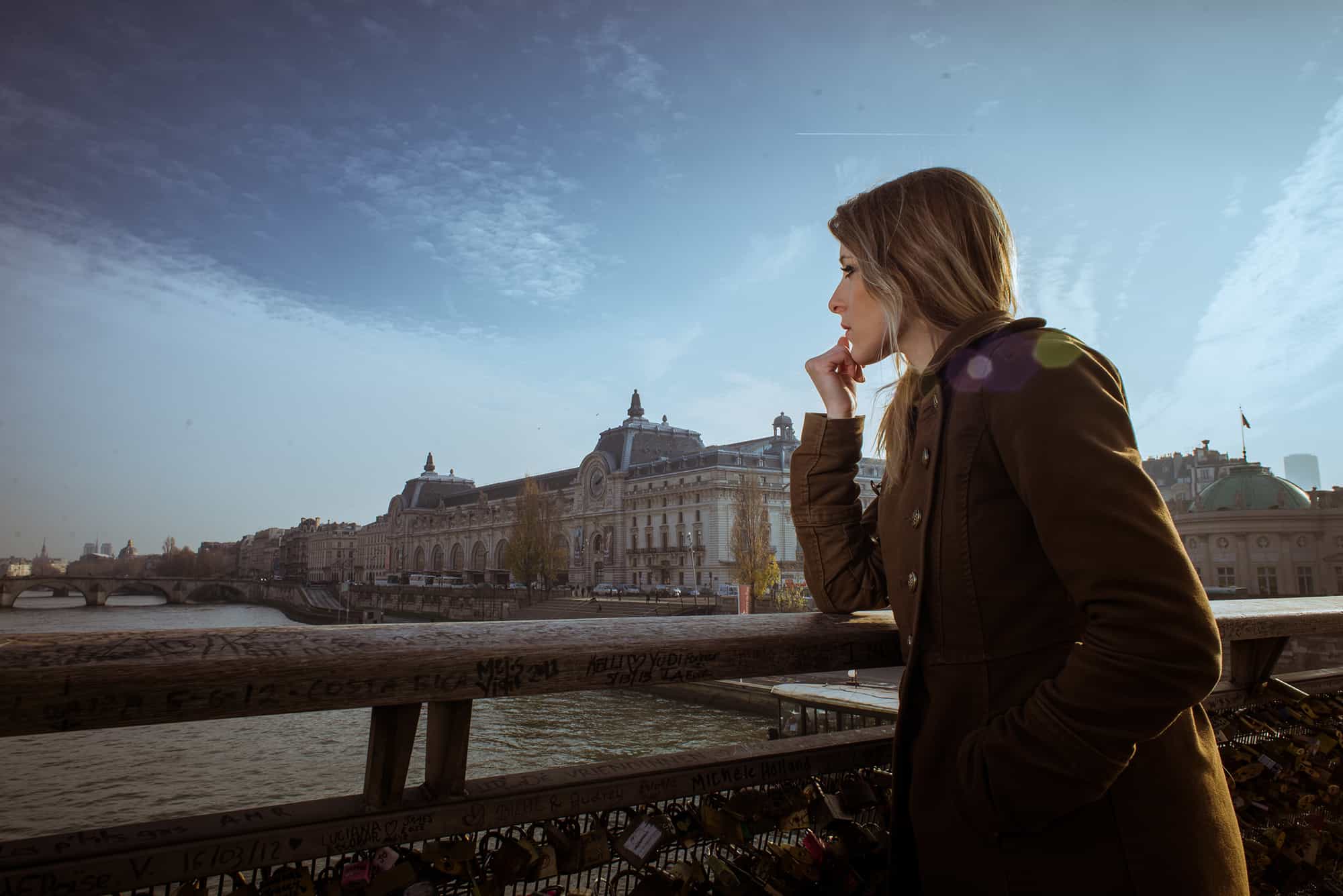 “Don’t worry,” my friends reassured me. “It’s because the government passed a new law banning ‘Mademoiselle’ from all official documentation.” But this argument is less than convincing when the store clerk addresses the girl in line ahead of you as “Mademoiselle,” only to hit you with an unequivocal “Madame” when your turn is up.

Then there was the time a waiter greeted me with a cheery, “Bonjour Mademoiselle!” and, just as I was starting to perk up, hastily corrected himself, “Pardon, Madame.” I felt like a deflated balloon for the rest of the day.

I suppose I could have resisted, like Catherine Deneuve, who still goes by Mademoiselle despite the fact that she is in her 70s. In the end, though, I decided there was nothing left to do but accept my change in status with good grace. 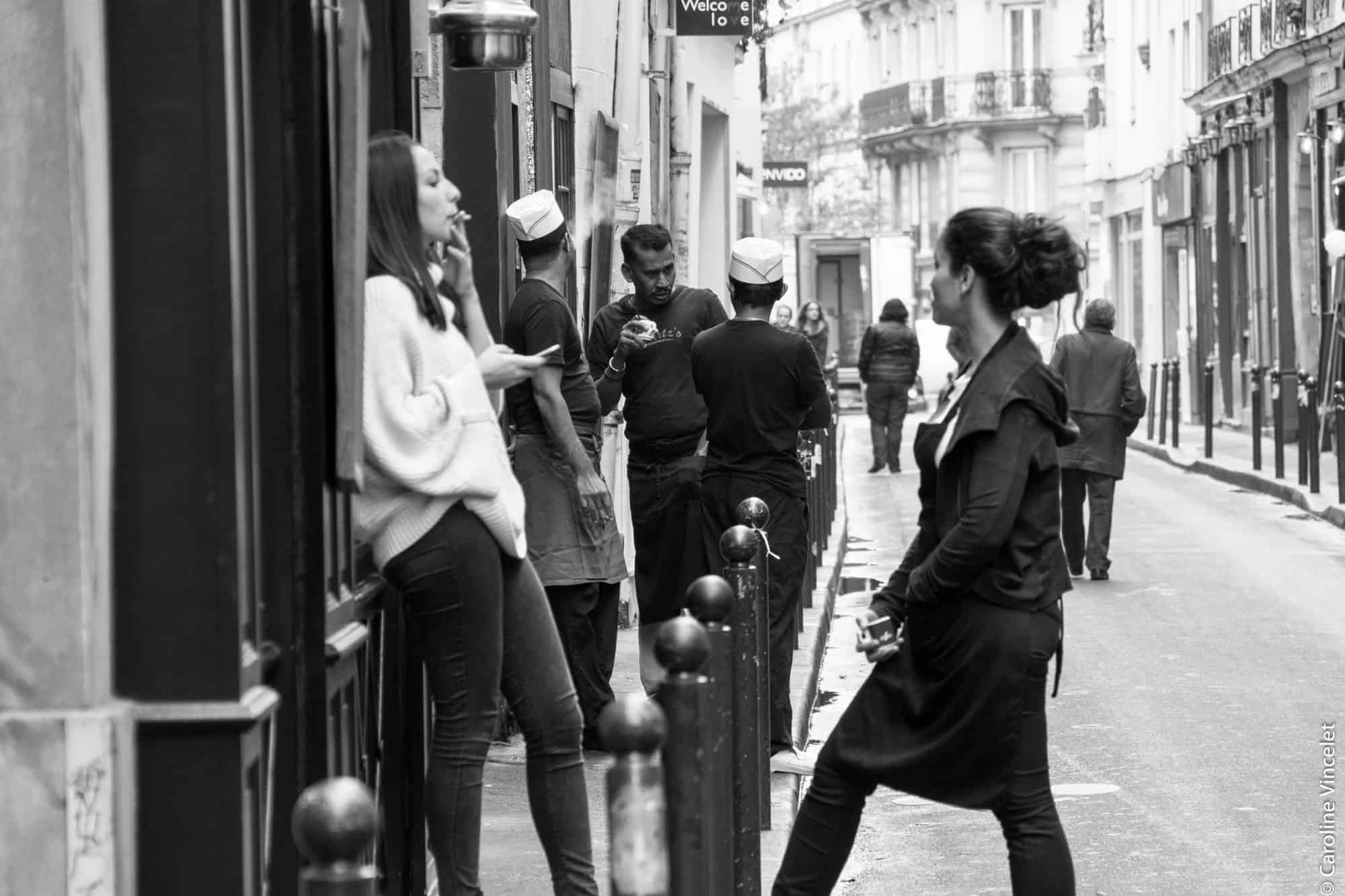 Every once in a while, I do still get the odd Mademoiselle. It’s a bit like getting carded after 30—a little pick-me-up that makes you feel like you’ve still got it.

But as the years go by, I know these instances will get fewer and farther between. The day will come when calling me Mademoiselle will seem so absurd that even servers shamelessly angling for tips won’t dare use it. The prospect seems depressing, but maybe by that time, I will be over the whole thing and happy to be addressed with the respect and deference befitting my age.

Or maybe, like Catherine Deneuve, I will defiantly remain a Mademoiselle at heart and in spirit, free to go wherever the wind takes me, regardless of how many grey hairs there are atop my head. 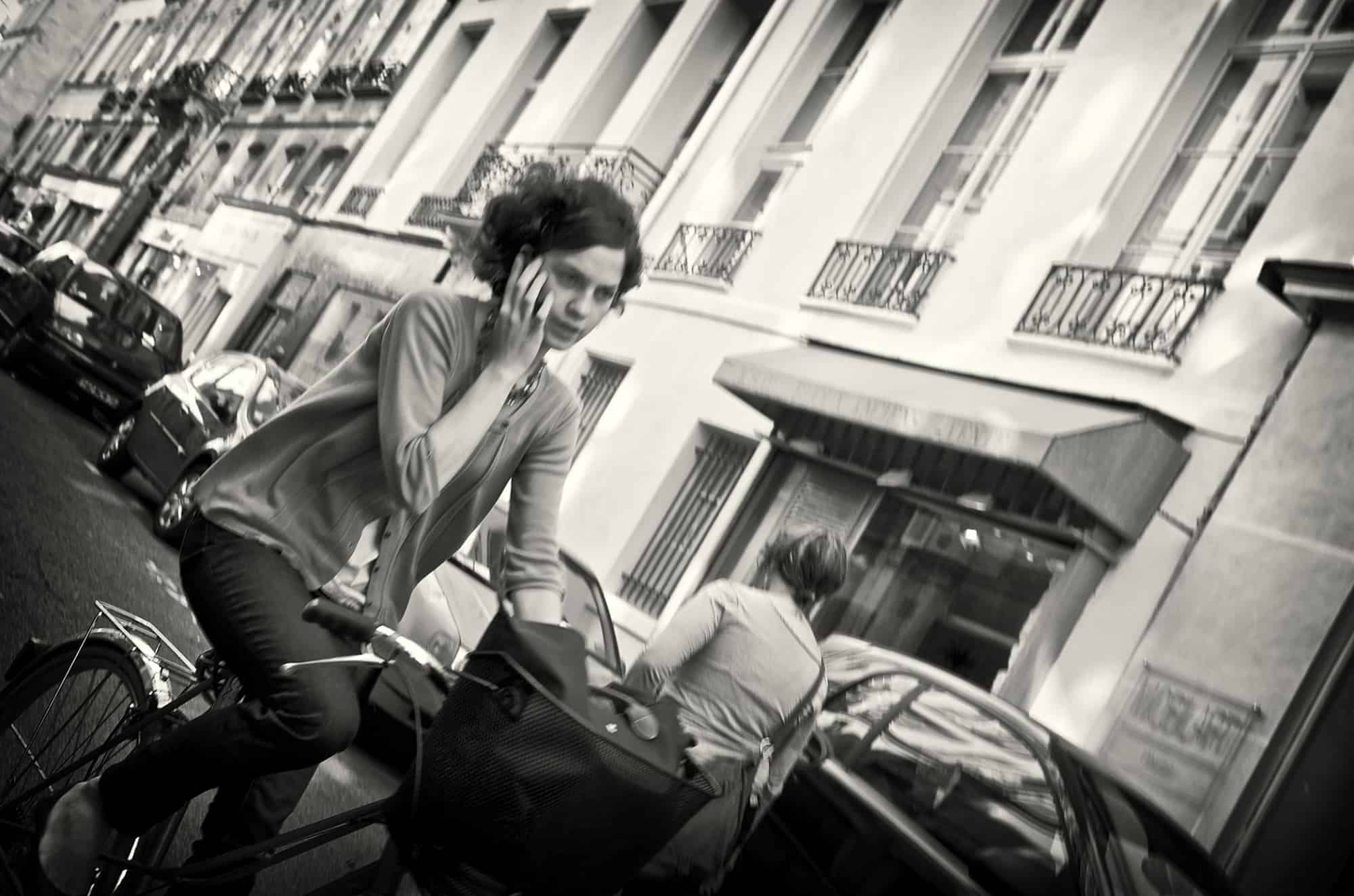 Written by Darlene Lim for the HiP Paris Blog. Looking for a fabulous vacation rental in Paris, London, Provence, or Tuscany? Check out Haven in Paris.

16 comments on “The M Word: From Mademoiselle to Madame in France”

I enjoyed Ketty’s response of yesterday the most — being called Madame has something, je ne sais quoi, more than being called Mademoiselle. But what I cannot and will not get used to, is being called “Tannie” (one of our local languages) which is Tante….now that makes one OLD! That does not feel good 🙁

Same thing happened to me, a few years ago and I haven’t forgotten about it. It happened at Monoprix and right there bang!, I was called Madame for the first time. I got anguished for a minute, until I heard the same word being thrown at a much younger woman. My soul came back into my body, although afterwards I was being called Madame all over the place and I got so used to it that to this day I like it even more than Mademoiselle.

What an enjoyable and well-written piece. Thank you! Although, I may have to disagree a touch … my experience is that aging is not as feared in France and the ‘Madame’ title is one of respect. Women of all ages are considered beautiful and sexy. My friends tell me it’s almost a sign of pride to move from ‘Mlle” to “Mme.” Own it with the style and pride that the beautiful French women do! xoxo

I experienced this in Buenos Aires, except it was Señora instead of Madame .. same difference though .
I loved it . It is a sign of respect and while some view South Americans as too boisterous or possibly rude, in Argentina they are very respectful of all women and very aware of “manners”.
I felt very at home when someone would refer to me as La Señora.

I experienced this in Buenos Aires, except it was Señora instead of Madame .. same difference though .
I loved it . It is a sign of respect and while some view South Americans as too boisterous or possibly rude, in Argentina they are very respectful of all women and very aware of “manners”.
I felt very at home when someone would refer to me as La Señora.

Fun post! Kind of a similar situation in the USA where you go from being called “Miss” to “Ma’am”. Though I think the usage depends more on the age of the user. I was once called “Ma’am” by an 8 year-old when I was 23, and now at 55, am frequently called “Miss” by those who are obviously older than me.

Fun post! Kind of have a similar thing in America, when you go from “Miss” to “Ma’am”. But I think the use is more relative to the age of the user. I was called “Ma’am” at 23 by an 8 year-old, and at 55, am regularly called “Miss” by those obviously older than me.

This is hilarious. I got called mademoiselle until I was 45. The French are so gallant.

Nice article!
To cheer you up, don’t forget that in France, another old lady of a respectable age, went by the name of Mademoiselle — in fact, until she left this world in 1971. It is Mademoiselle Coco Chanel. Yes, she certainly was free at heart and in spirit!

I’m excited to have discovered this HiP Paris blog… if it’s going to feed me such delicious things as the few posts I’ve sampled I have really good times ahead! Thanks X Jeanne

Bang on target and totally relateable, be it Madame, Senora, Ma’am or, in the Philippines, being mano’d! LOL! Loved this writer!

Love the write up! Well written way of presenting the angst of aging OR accept or not accept being a madame. Brava, Darlene. Excellent article and photos!

As a married woman in her 40’s, I always thought it was almost disrespectful to call me “mademoiselle!” It drove me nuts!
You have given me a new perspective….
Do your French girlfriends view it the same way?
Thanks!

Brilliant, funny article. Nothing reveals the hidden attitudes of a culture like these linguistic quirks.