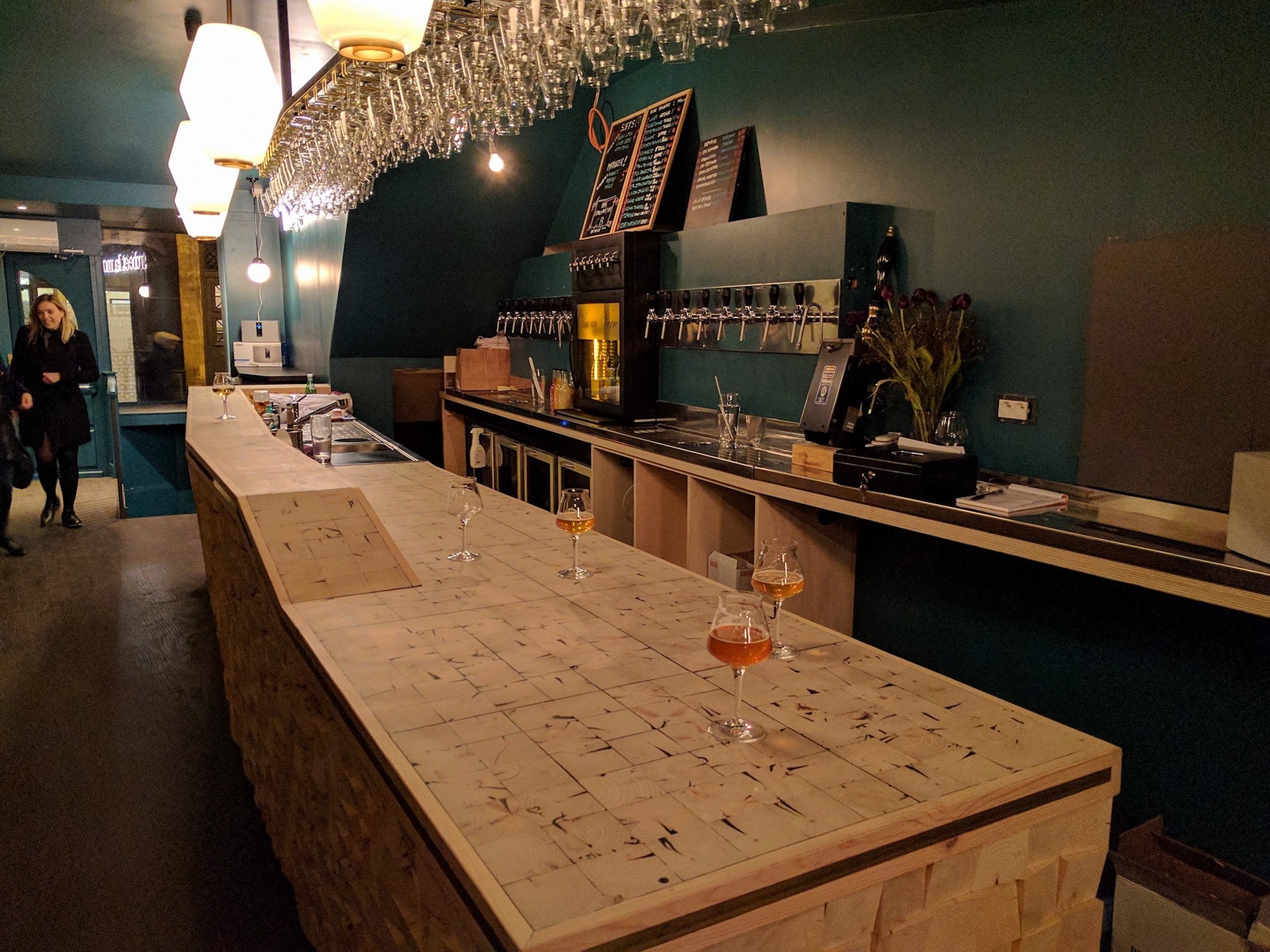 Despite the overwhelming interest in craft beer in the capital, the movement has been slow to make its way to the other side of the Seine. The Right Bank abounds with beer bars and bottle shops, but Left Bank drinkers have been left with only a few options for finding bière artisanale, including La Cave à Bulles, Biérocratie, and Brewberry. 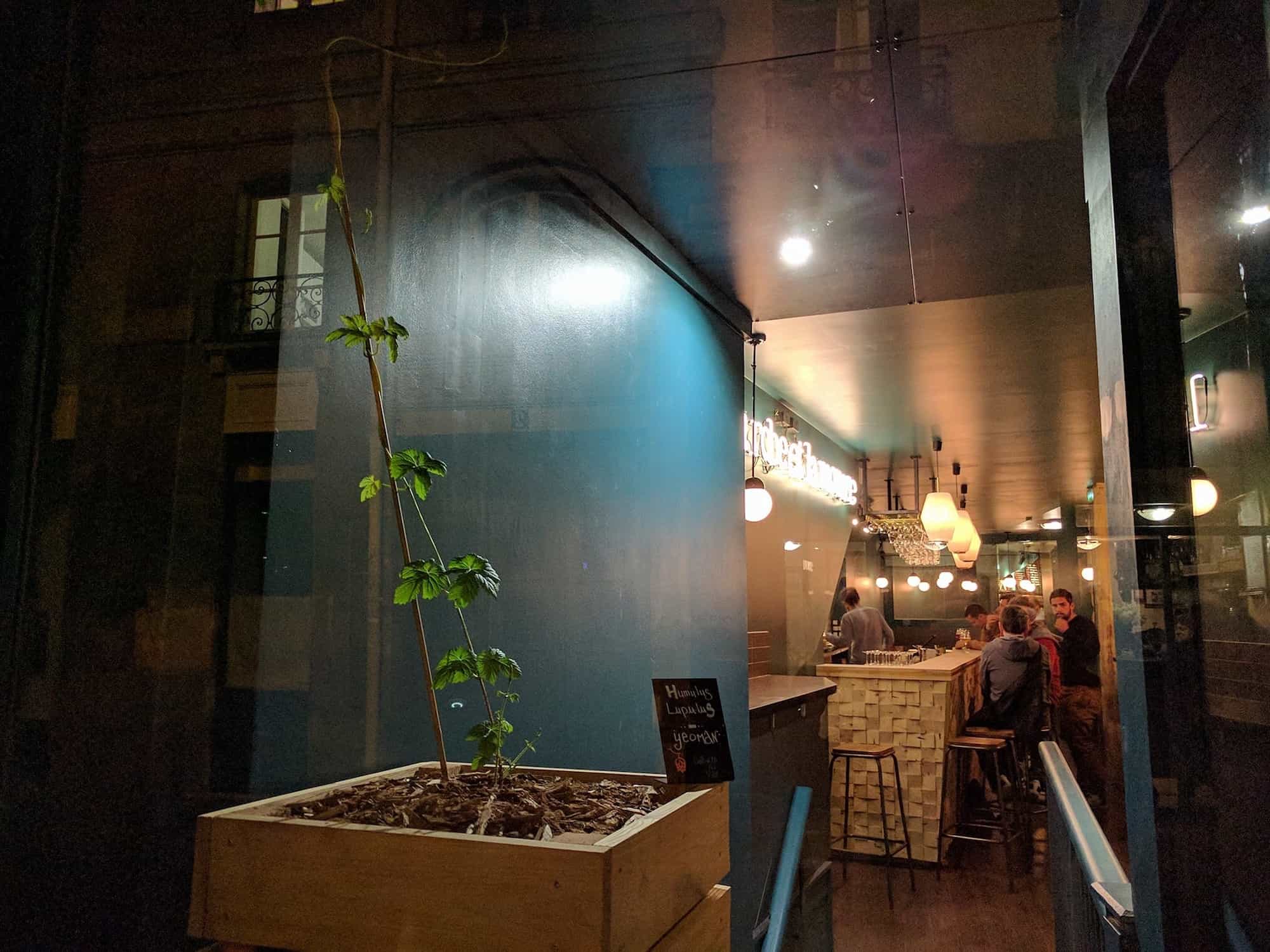 Left Bankers and Central Paris explorers can now add another bonne adresse for beer to their list with the arrival of La Robe & La Mousse, the latest venture from the team behind La Fine Mousse. In this latest endeavor, the Fine Mousse team has expanded their menu to include wine- a welcome evolution in a city where it sometimes feels like nary the two shall meet. With 16 beers on tap and a wine list that covers natural wine favorites from all over France, La Robe & La Mousse is covering all the bases for thirsty Parisians.

The focus, however, remains on the mousse, and the rotating selection of bottles and draft beers will keep beer geeks checking back in for a taste of what’s new. Keen to support local brewers, the Made-in-France selection is stellar and always on point, often featuring newest releases from our favorite French brasseries. A recent tap line up included beers from Crazy Hops Brewery (Seine-et-Marne), Brasserie Corrézienne (Corrèze), Outland (Val-de-Marne), and Les Brasseurs de Grand Paris (Saint-Denis). Be sure to follow La Robe & La Mousse on Untappd for updates on their ever changing beer selection. 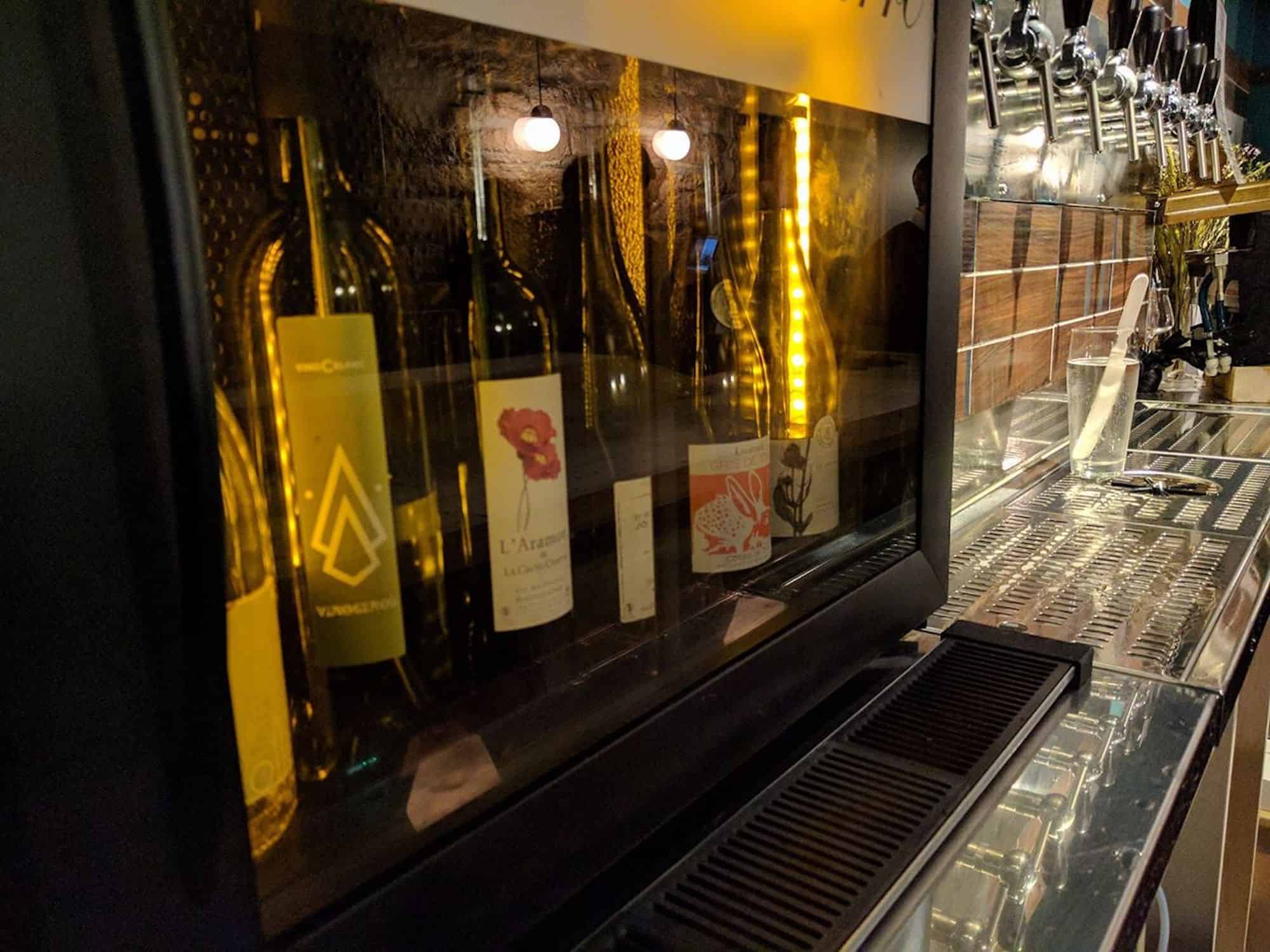 La Robe & La Mousse is as dedicated to beer education and outreach as its sister bar, and will be home to many tastings and other beer events aiming at supporting and growing the craft beer community. Only weeks after their soft opening, the bar already has an event planned to celebrate the opening of La Brasserie Azimut (Bordeaux) with many more similar events sure to come.

Reasonably priced beers, with half pints range from 4-6 euro, mean that beer lovers can take advantage of the wide selection to taste and compare and find their favorites. Open seven days a week (7pm-1am), this centrally located bar is a great meeting place for after work drinks, a light apéro (bar snacks include meat and veggie tourtes for 5 euro), or a Sunday session among friends.