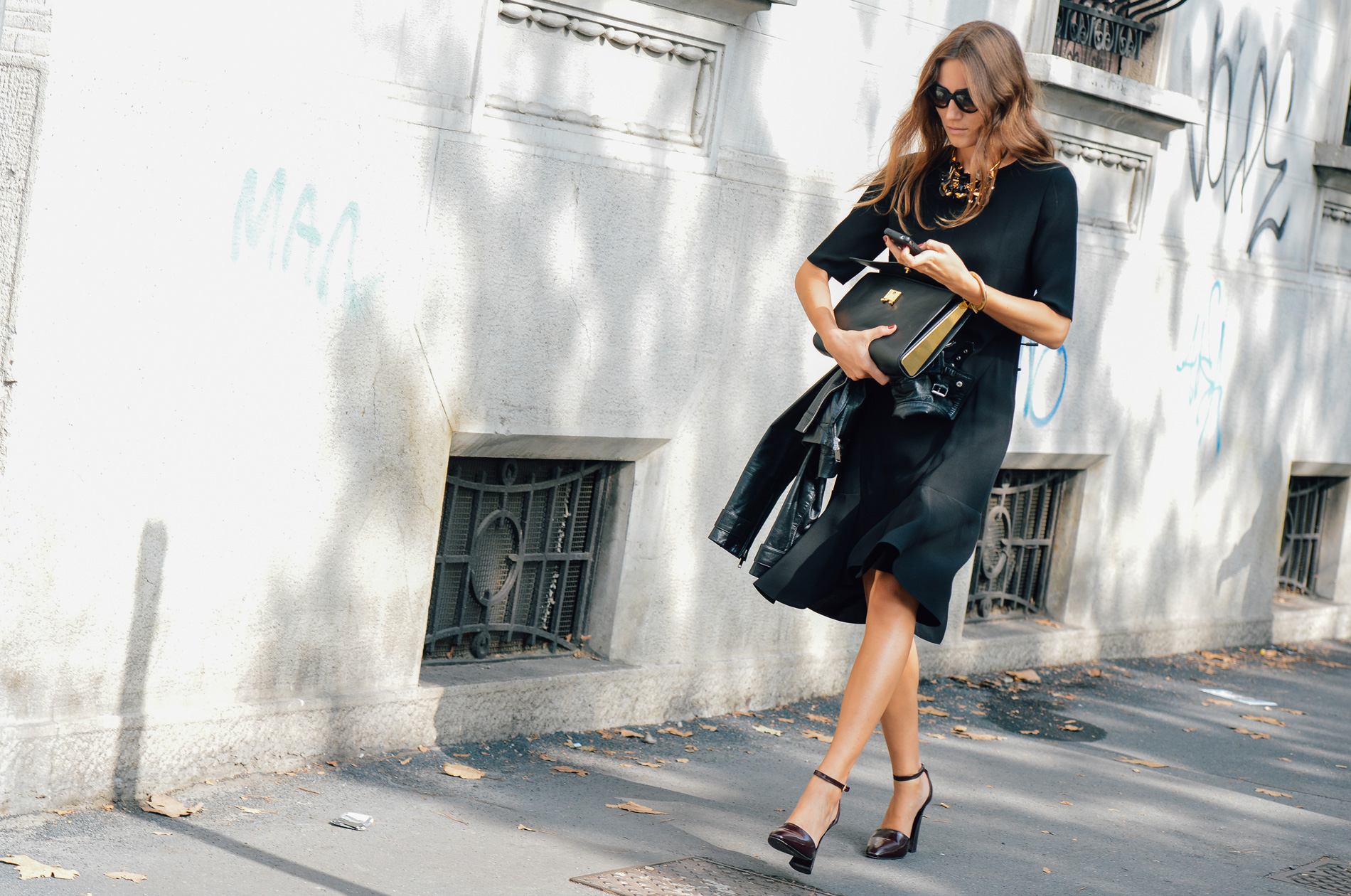 Those two simple words have taken on such mythical proportions that they’re practically their own literary genre. Take a stroll through any big bookshop and you’ll inevitably come across a how-to section devoted entirely to helping us hopelessly style-challenged North Americans attain the elusive je ne sais quoi that our sisters across the pond seem to possess by birthright. 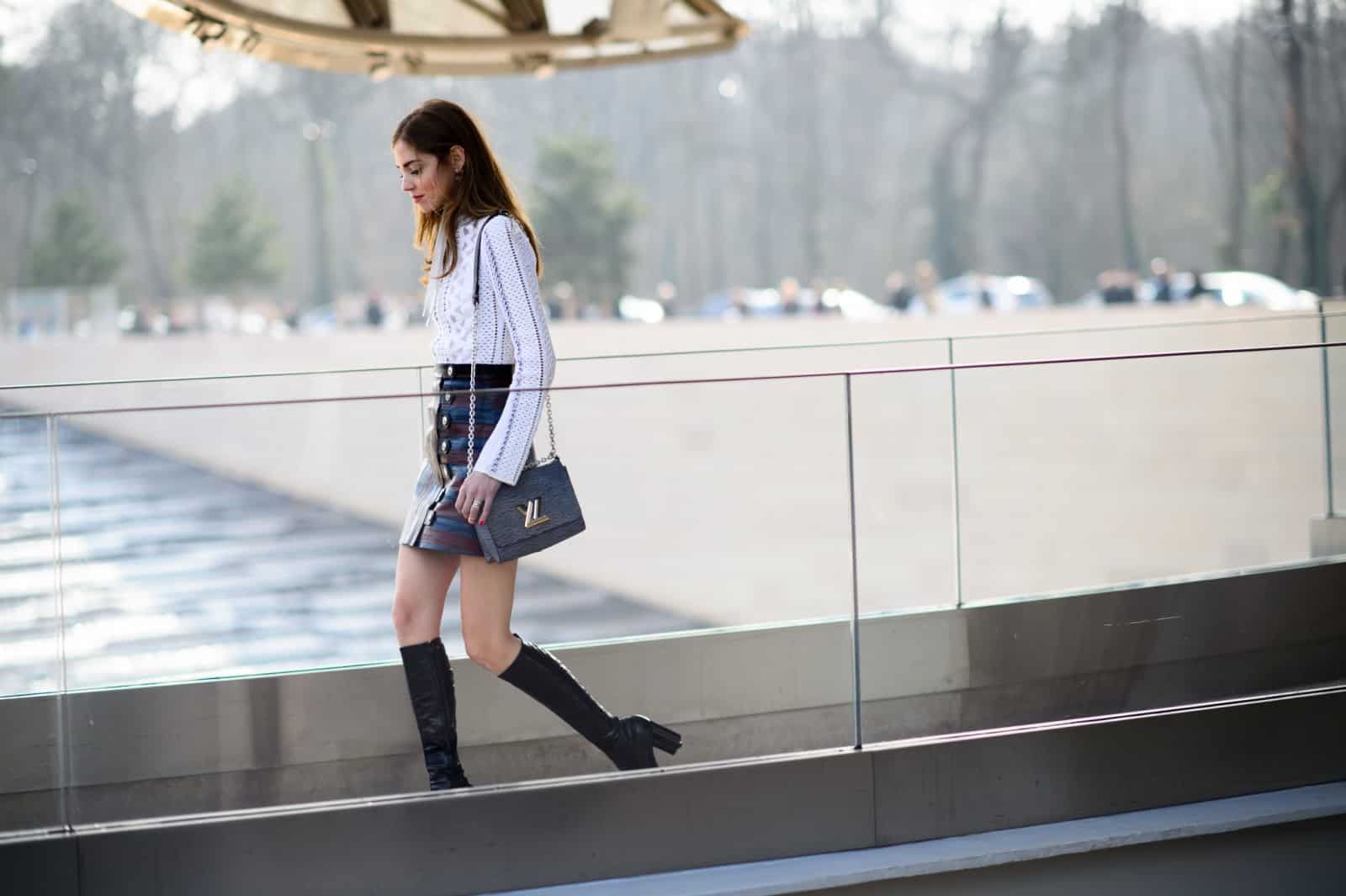 I first moved to Paris, I secretly hoped that living in the city would give me the inside intel I needed to master the art of looking carefully disheveled. Like Audrey Hepburn in “Sabrina”, I, too, wanted to be magically transformed into an irresistible, doe-eyed creature draped in elegant scarves and sporting sexy topknots, as I flitted gracefully down the Champs-Elysées. How could I go wrong? After all, I was surrounded by living, breathing examples of the real thing on a daily basis. Some of it was bound to rub off on me… right?

Like an undercover agent on a covert ops mission, I spent my first few weeks in Paris sneaking sideways looks at women in the street, the supermarket and the métro, taking detailed mental notes on how they dressed, the styles and cuts they were wearing, and how they threw themselves together. I pored over fashion blogs and analyzed outfits in store windows. Finally, I made a few calculated splurges and hurried home with my purchases, excited to begin my transformation from Canuck caterpillar to Continental butterfly. 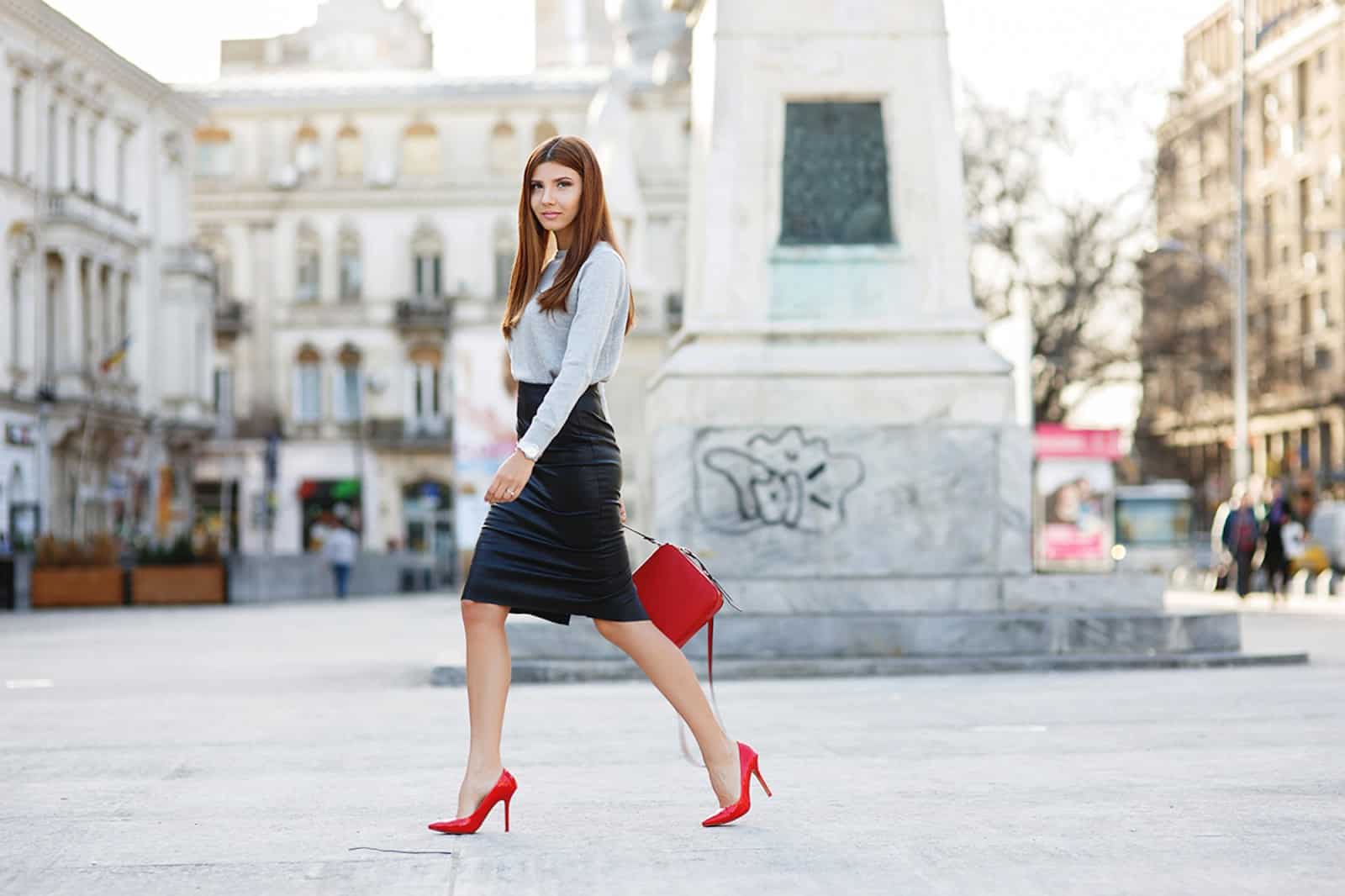 But something was wrong. For some reason, when I put on the same loose-fitting, blousy dresses and tops that looked so sophisticated on the French girls I passed in the street, I looked like I was wearing… well, a potato sack.

I couldn’t figure it out. Was I picking the wrong size? Was it the way I was accessorizing? I tried copying outfits on store mannequins down to the letter, to make sure I wasn’t missing some crucial detail that pulled the whole ensemble together. Still no dice. No matter what I did, the end result was always more Humpty Dumpty than it was Marion Cotillard. Try as I might, I just couldn’t make those outfits work. It was downright demoralizing. 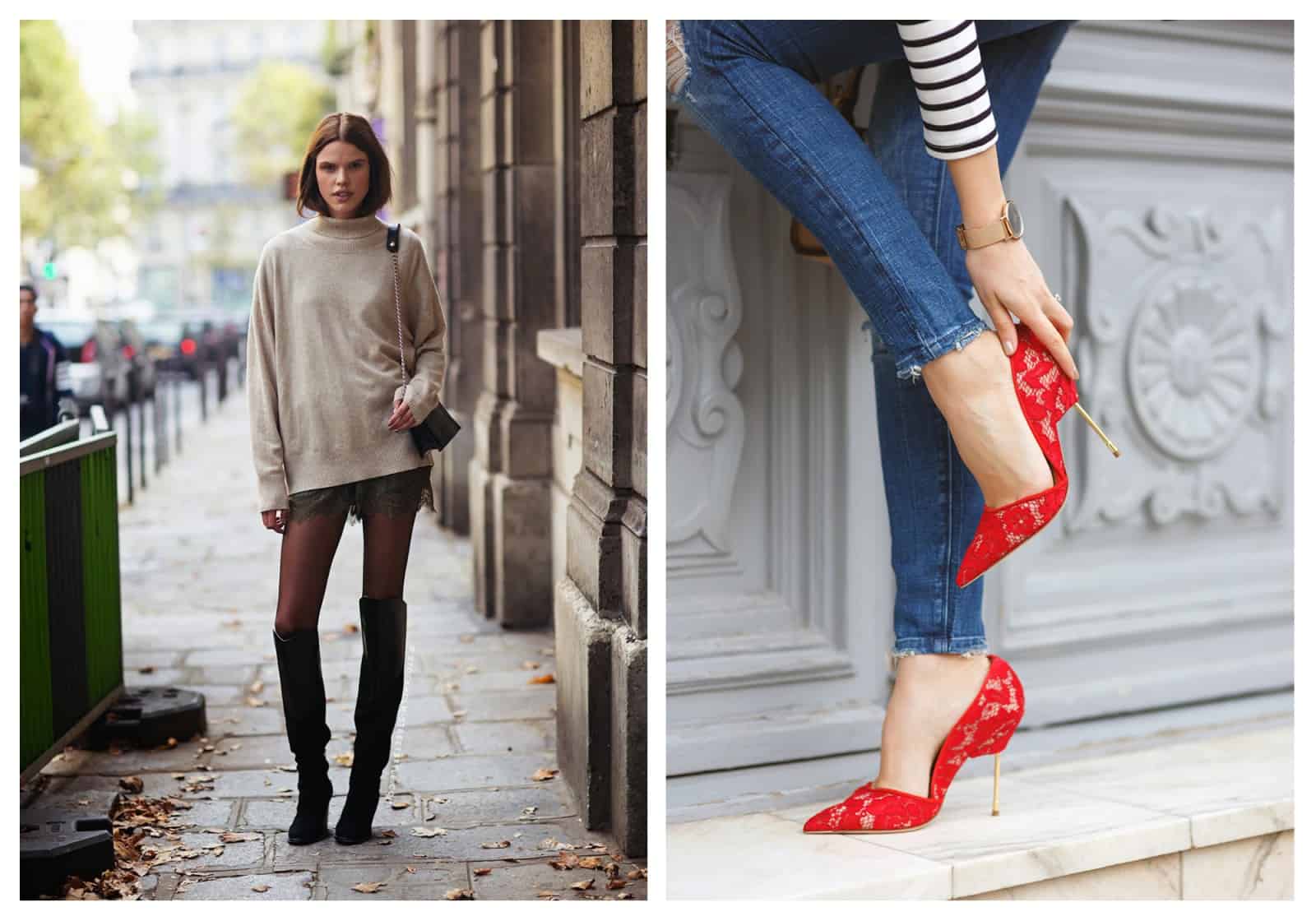 It was only when I started working in fashion, and learned that brands tailor styles to suit common body types where their clothing is sold, that it dawned on me what my fatal fashion accessory really was: boobs.

The reason I couldn’t pull off French clothing was because it was cut to flatter French women. And whether you chalk it up to genetics, hormones in our processed food, or differences in diet, for the most part, the aforementioned group tends to be… erm, how do I put this delicately… less “amply proportioned” in the chest department than their American counterparts. 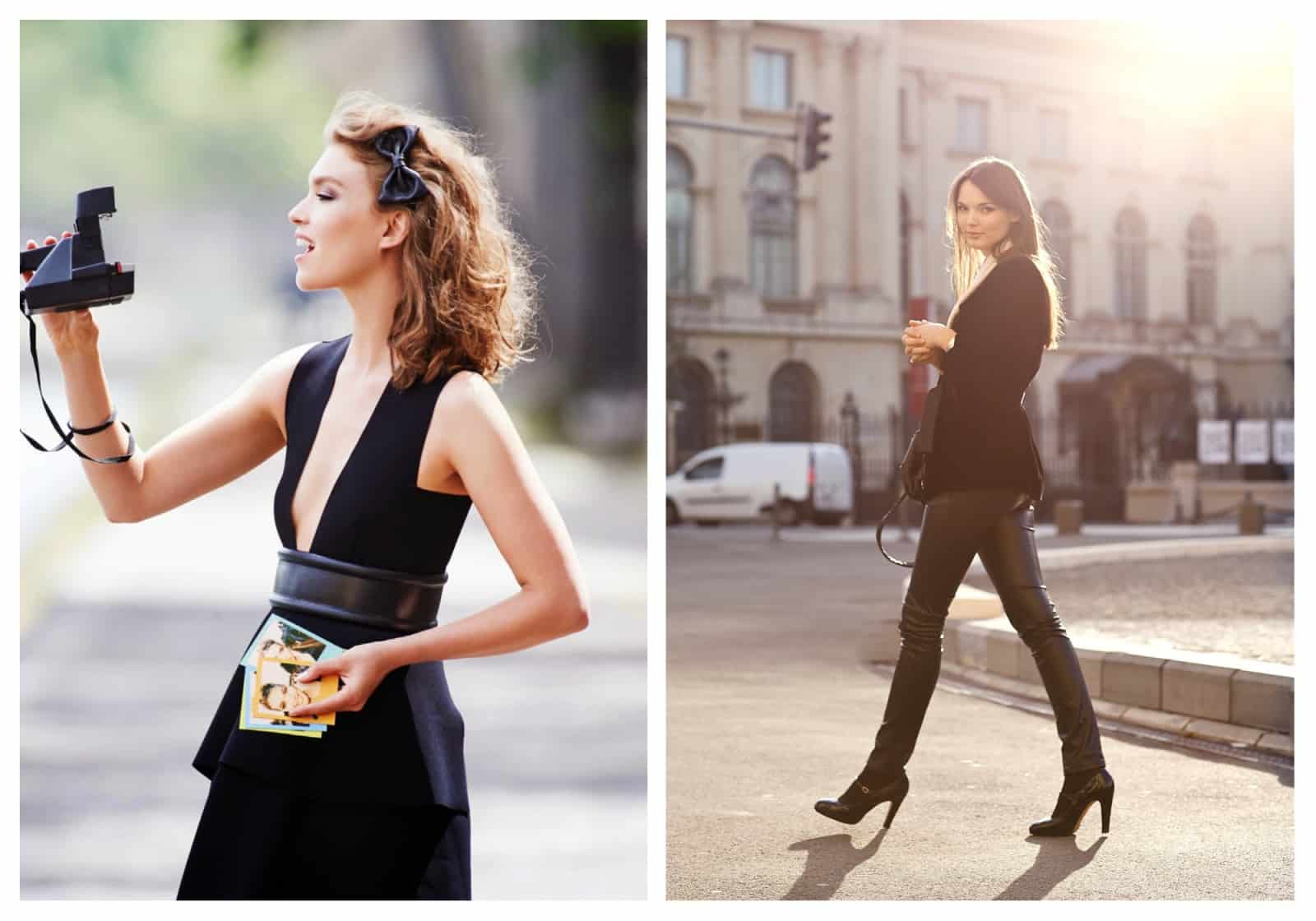 Throw a 1920s flapper dress with no waist on a flat-chested, leggy French woman and you get a vision of elegant sophistication, all fluid lines and sexy draping. Throw the exact same outfit on a busty North American and suddenly that same dress doesn’t fit the same way. Instead, it has to stretch outwards first, to accommodate your chest, before falling straight down, creating the impression that the rest of you is just as voluminous all around. Not exactly the look most of us are going for.

My friend Nathan, a designer from New York, was unimpressed by my newfound “revelation”. “Well, of course,” he chided knowingly, as if I should have realized this all along. “Haven’t you noticed that women’s clothing in France doesn’t have darts?” He was right! How had I never noticed this before? 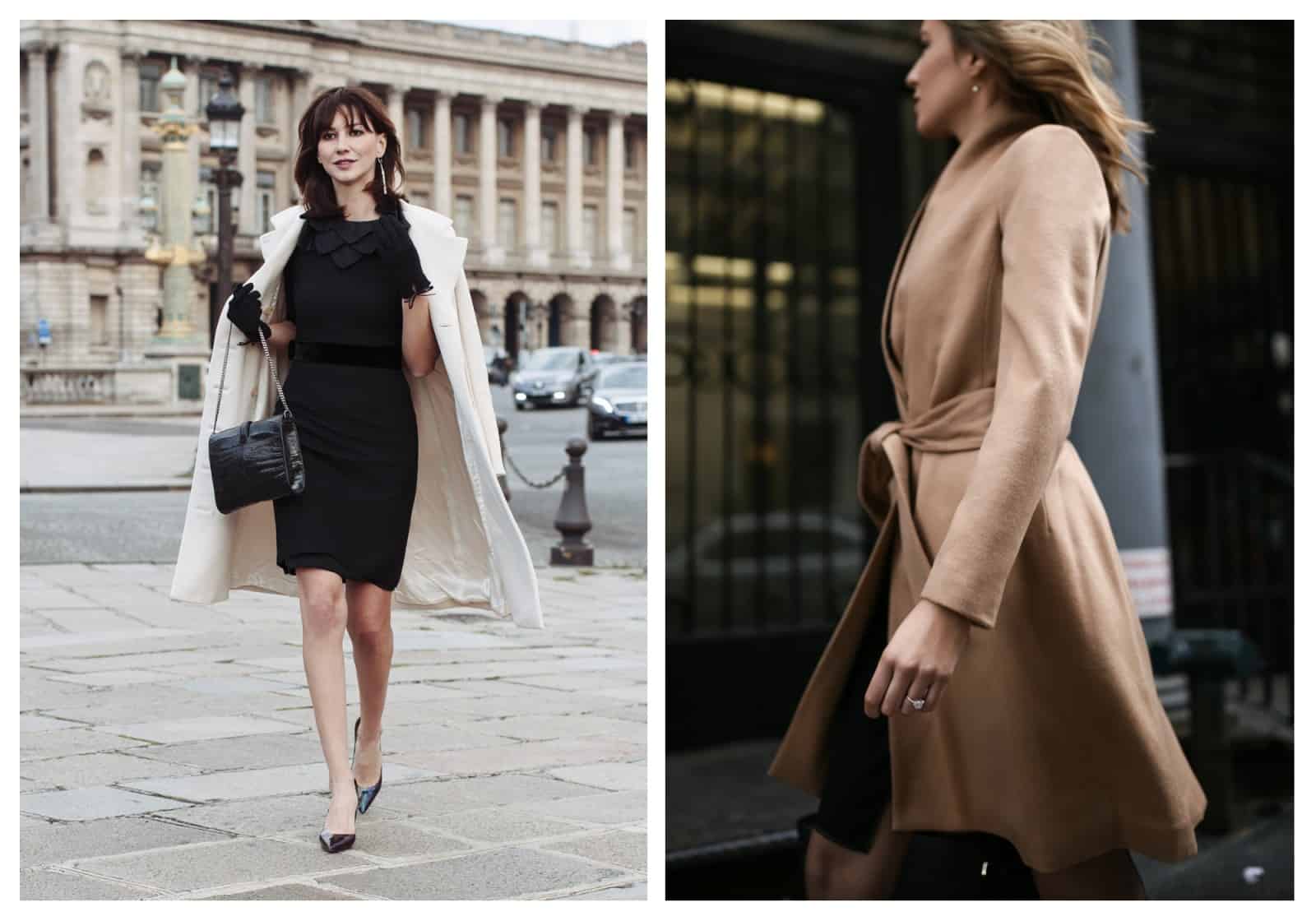 It made perfect sense. A key tenet of French style is knowing how to se mettre en valeur, or play to your strengths. If your bust is on the smaller side but you’re long-limbed and slender, of course, you should wear unstructured, billowy shirts that add extra volume up top, and shift dresses with dangerously short hemlines that put the focus on your killer legs. But those very same outfits on an hourglass figure are a recipe for disaster. No wonder selling French style to Americans is a multi-million dollar industry—we’re bound to keep buying because we’ll never attain it! 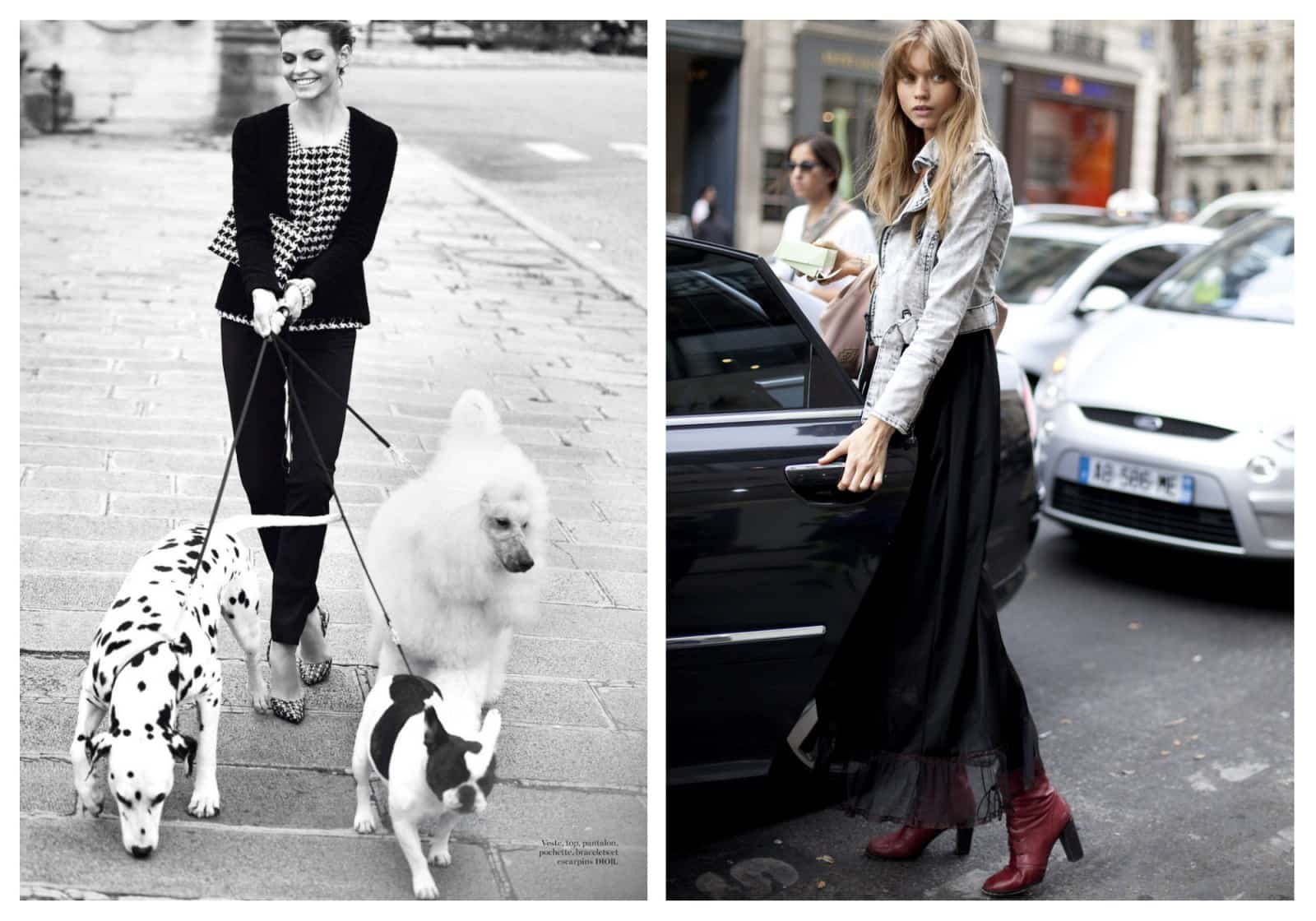 In the end, I couldn’t fight nature. I gave up trying to reproduce some idealized image of the sophisticated Parisienne and instead, picked and chose which local styles I wanted to adopt or reject based on how well they suited my figure. I also embraced the (mostly American) tailored blouses and wrap dresses that flattered curves and played to my strengths, regardless of whether they were “in style” here or not. At the end of the day, it was actually a pretty French approach to dressing: only wear fashion that makes you look great. Could this have been their secret all along? 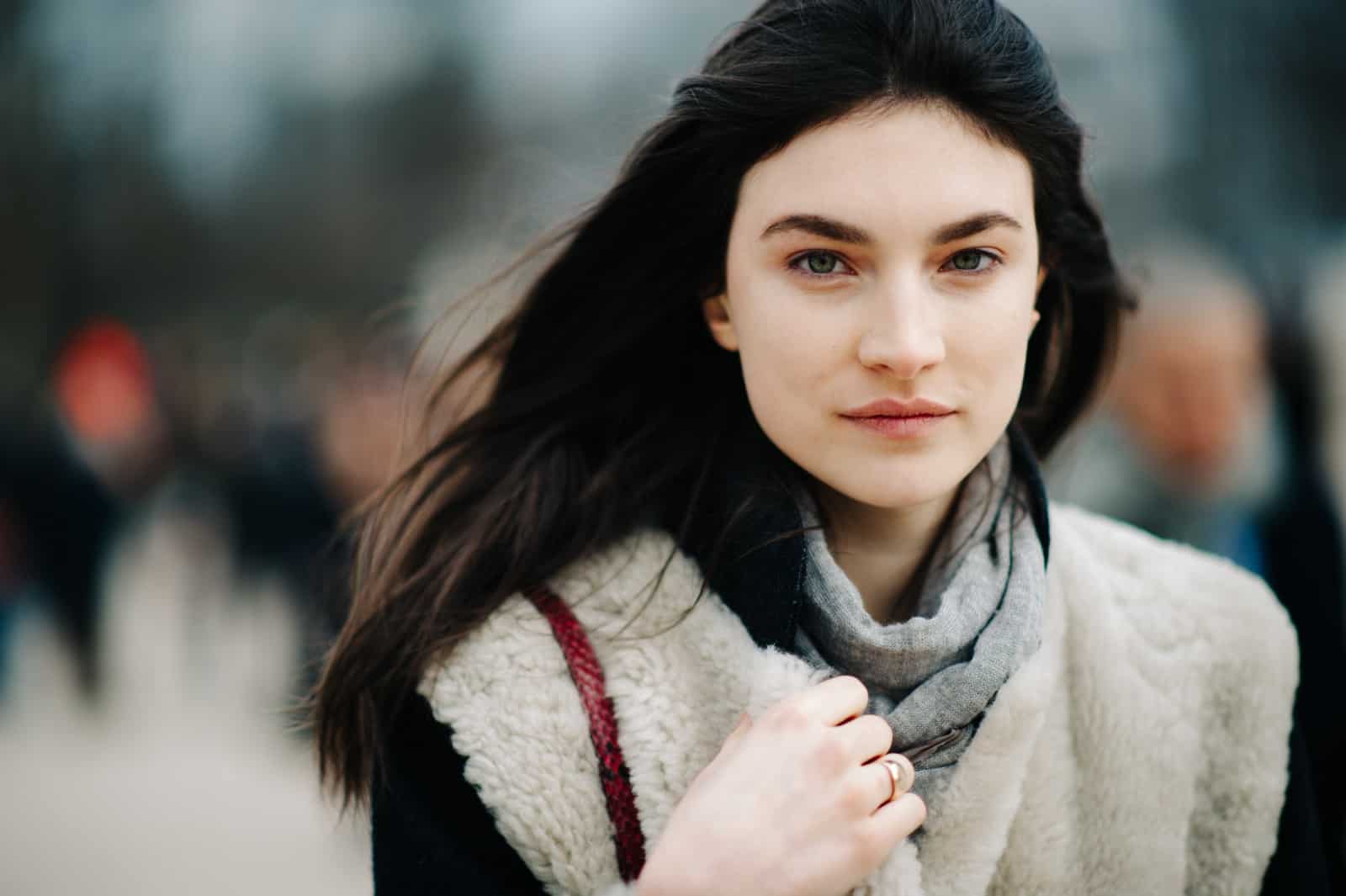 While good sense may have won out over my dreams of becoming a French fashion icon, I confess, I haven’t entirely given up on my Audrey Hepburn fantasy. Even if I’m dressed in J.Crew, I still like to accessorize with a stylish scarf, sunglasses, and a spritz of my favourite Chanel perfume. Now that’s chic.

Written by Darlene Lim for HiP Paris. All photos Fervent Adepte de la Mode. Looking for a fabulous vacation rental in Paris, London, Provence, or Tuscany? Check out Haven In.

7 comments on “French Chic: Decoding the Secrets of Paris Fashion”

Actually, in the cover image it is an Italian, Giorgia Tordini, she is a famous designer for the ‘Attico’ mark originally from the region of le Marche. Un bacione da Roma !

This is an interesting argument – could also explain why Parisiennes refuse to wear bras ? If it makes you feel better, as an Australian living in Paris who is flat as a board, I still can’t really full off the Parisian fashion even if it fits me… that “je ne sais quoi” – gets you every time ?

That’s me too! When I was in Paris last year, I so wanted to splurge on some expensive French lingerie at Sabbia Rosa, but I was too embarrassed to even go in: I knew that one look at my 34DDDs would have the Parisiennes “tit”tering.

Thanks, Nora! I was the opposite when I arrived–Canadian on top and Parisian on the bottom… but with all the baguettes and apéros over the years, my mid-section has expanded to make me round all over. Oops.

“…only wear fashion that makes you look great.” Yes! Great article, Darlene. My figure is more Parisienne on top and Americaine/Canadienne on the bottom 😉

WendyG, I know, right? Sometimes I feel like an oompa loompa in this city. 😉 I, too, have learned to embrace the scarf, though I still struggle to drape it as artfully as my French girlfriends do. I think they must have some kind of class on scarf tying in junior high that we don’t get.

I really think you’ve hit the nail on the head.

I myself am built like a little Russian baboushka. I stick out like a sore thumb in Paris. But at least in the past few years, I’ve discovered the wonders of the artfully draped scarf, though even scarves have to be draped in a way that suits the wearer. Not all draping suits everyone.