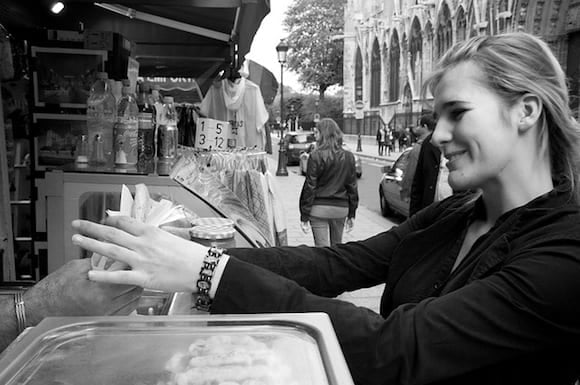 It’s time to address a theme that has become a highly controversial component of my Parisian life: the smile. When I first moved to Paris, I couldn’t figure out why people seemed to pick up on my non-French status before I had uttered a word. Finally, a friend informed me: “You smile too much.”

Apparently, I was blowing my own cover. And it’s true: just as Parisians have a reputation for being particularly scowl-y, the French think Americans are too quick to put on a happy face. From the French perspective, the law of diminishing returns applies to smiling—the more often you do it, the less potency it has.

But despite having spent a considerable amount of time in Paris, I can’t seem to train my facial muscles into submission. It doesn’t help that I have a LOT of inside jokes (with myself), so it’s not uncommon to see me cracking myself up on the Metro or as I walk down the street. I understand this makes me look like a crazy person and might be confusing to outside observers, who often stare at me as if to say: “What’s so funny, American interloper?” 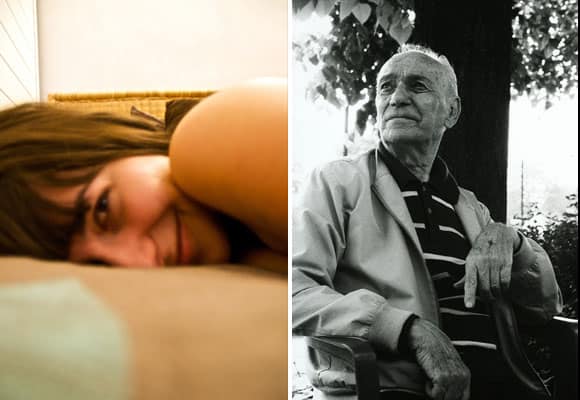 The answer: pretty much everything. (Except French advertisements, which try to be funny but are actually just weird and / or creepy).

Last time I was in Paris, I stopped at a tabac for an espresso. This was a legit tabac—the kind where grizzled old French guys convene to drink beer at 10am. I could tell the men at the bar didn’t really know what to make of me. It was definitely a “one of these things does not belong” situation. And while I’ve thought a lot about what it means to assimilate in Paris, I also get a kick out of subtly taunting the French and making them feel confused on their own turf. So I am pretty much in my element when surrounded by perplexed, drunk, old French guys. 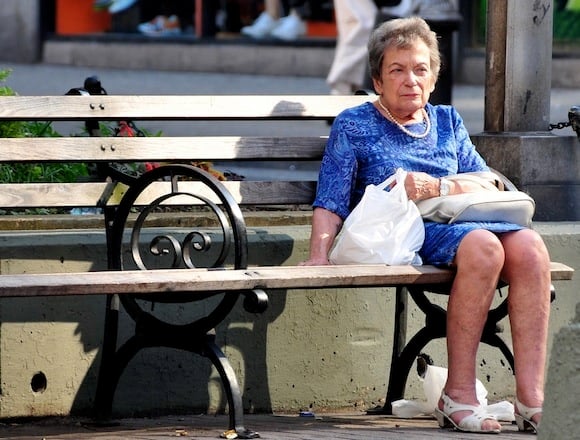 We exchanged some banter and as I left the tabac, the owner said, “Gardez toujours votre sourire” (always keep your smile). That won’t be a problem, as I’m subversive by nature and enjoy challenging French societal structure—one unabashed grin at time. Plus, I didn’t suffer two years of hideous braces for nothing. (The French may be super chic, but Americans have the best teeth. We just do).

So on that day, I resolved to make peace with my unshakeable facial habit. Because while idiotic grinning can be a handicap and a dead giveaway of one’s non-French status, it’s also the expat’s greatest weapon. In a sea of local scowls, a foreign smile opens doors (and sometimes those doors lead to bars where people buy you free drinks). So I say, work it. 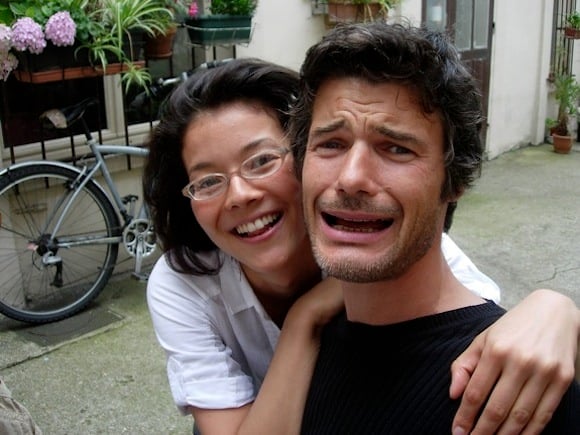 Erica Berman  (Mika is American and Christophe is French!)

Great to see another person admit that they have a lot of inside jokes… with themselves!

When I get to Paris next year, I’ll be flashing my straight (not-so) pearly whites because, well, life’s too short to not smile when your face wants to. 🙂

Tory; just came across this post via some other of HIP….
All of what you wrote is SO true; I have been told the very same thing quite a few times since I live in France…. and I too am quite determined to go in living with that ‘out-ing’ smile on my face!
And same as you, there ARE actually a few people out there who DO APPRECIATE OUR SMILES…. Some address me with the words: Oh I know you; you’re the one who’s smiling…
Thank you for your ‘renforts’ – all power to us who smile! 🙂
Kiki – smiling…. 🙂

Hi Tory, great post. I just blogged about something similar, too. I proposed forming a Paris Smile Brigade and doing some guerrilla smile actions around the city – many people seemed to want to join 🙂 http://parisimperfect.wordpress.com/2010/07/15/summers-sunny-scowls/

It’s all so true… and good for you to venture into a tabac!
It’s taken awhile to get my smile back, but it feels great to be who I am again. And you know, maybe it’s my imagination, but I think I’ve seen more smiles in return ever since!
Like the man said … Keep smiling!

This was hilarious, and so true. Parisian shop assistants used to always be rude to me, then a friend advised me to enter any shop “looking as if you’re bored and pissed off”. I tried it and…respect granted instantly. But one really sweet man who made me some jewellery greeted me with “Ah, it’s you with the smile” when I went to pick it up, which I only understood thanks to my friend – I thought he said something about a mouse?! (sourire/souris)

Tory, I love this piece! It’s very funny. I have to admit though after a year and a half of living here, I have not noticed this? Perhaps I have become too accustomed to the scowl and don’t notice it so much? C’est possible?
But I do find people are nicer when they realize you are not one of them!

I am here in Italy for 2 months. People smile at you here and say hello. They remember you if they have seen you only once or twice. Sometimes someone I have seen maybe once smiles and says hello to me and I look around wondering who they are talking to and I realize it is me! In France they would certainly not smile and most likely look the other way and pretend they did not see me. Hmph!

Every time I come back from holiday in Thailand to my city of residence – Paris, for a couple of weeks I keep the habit of smiling at everyone. It absolutely terrifies Parisians who seem to think that smiling is a human right reserved only for the mad.

It seems that things jovial in nature tend to irritate Parisians. We were there in 2007 and witnessed a fellow playing a clarinet in a subway car. He was accompanied by some snappy music playing on his boom box. You should have seen the the sighs and eye-rolling done by the French.

My family quite enjoyed the scene.

Really cute post. I can relate as well being a Southerner with a lot of family in NY. Even though I am an adult, my brother who lines in Manhatten is always afraid I am going to be “stolen” as I smile at too many people when we walk down the street!

It’s true, you stand out when you smile in France but I find that that it works like a charm with the male vendors at the flea markets!

Hum, I like your style! Hello! you are a stranger – therefore a potential enemy. Smiling (or worse talking)to a stranger is just NOT done. Anyway when the constant scowling began to take its toll on me, and I was feeling a little extra perverse, I would get into an elevator full of French people, then turn and face them, smiling…it drove them insane and made me laugh all the way out the doors. Eb ben, tant pis pour eux, smile!

I am in utter and 100% agreement with you! I do the same thing! I’ve been in Lille since September and no matter what I stick out…now it is the addition of my often worn flip flops. They find it funny that I would wear such comfy, practical shoes outside of the beach, where I find it moronic that I see French women CONSTANTLY in heels on the beach…I mean really?! Come on now, time and place for everything.

Although Lille is smaller and its far easier to find an “authentic tabac” like that and throw people off their game, I find it hilarious that the second I speak they don’t know what to say back. EVEN THOUGH I spoke to them clearly in French and they understand, they try to reply in English, even though my French is better than their English. Its really funny.

I love this post and can totally relate. I smile way too much for LA and the cool people always roll their eyes, which makes me smile even more 🙂

I love the picture above of the Parisian man in black who is /trying/ to smile but can’t quite accomplish it. Get away from Paris for a while. People smile more in the country, and for good reason; it’s beautiful there. Or better yet, move to Italy. Everyone is smiling and singing there!

It is a little like that here, quite a few people have oh so serious faces on, but I am a smiley faced person and I have found that I get a lot of very nice smiles back. They don’t scowl , so I guess the average Porteño is a bit smilier than the Frenchman.

Just yesterday the dog dragged me down the street past a handsome man, catching my smile and replying with “Que Linda ” … so I will keep on smiling 🙂

Ohh, thanks for writing this! We’re moving to Paris later this year and I’ve been wondering how I am going to master the whole not smiling issue, but I think I’ll agree with you and keep my smile. Plus, I look better when I smile! 🙂

Sometimes I can’t control my happiness, so I wind up walking down the street with a big, dorky smile on my face. And then I think of how I learned that the Frenchies think people who smile like that are, well, retarded, which only makes me smile more…

Such a true observation! Beautifully written. How can you hide your excitement, pleasure, joy and happiness? Such a tragedy to do so – bravo to you for refusing to do so. Love it!