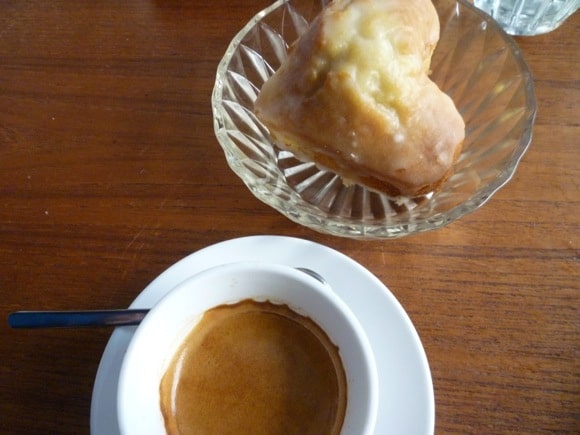 Merce and the Muse – coffee and cakes – Erica Berman

Those who have lived in Paris know: we are endowed with a magical power.

Once you’ve been a Parisian (or a faux Parisian), you automatically have the ability to cast a spell over any American you subsequently encounter, simply by sprinkling key phrases into conversation:

Yes, you will sound slightly (or completely) pretentious. But more importantly, you will elicit a distinct blend of jealousy and awe from whomever you are addressing, because quite simply, you have lived their dream. In fact, you have lived many an American’s dream. 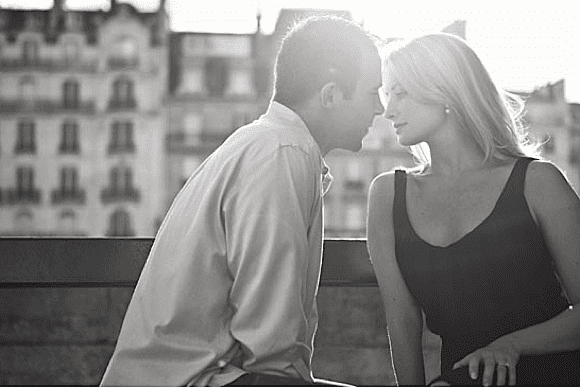 Love along the Seine river- One and Only Paris Photography

From this side of the Atlantic, the darker realities of Parisian living (endless strikes, French bureaucracy, the exchange rate, the French attitude) cease to exist. It’s all fresh-baked baguettes and macarons and aimless strolling and sunsets over the Seine and, of course, L-O-V-E.

And for many, this imagined Paris is somehow more real than the actual city.

My more cynical Paris-based friends describe Americans as “dazzled” by the city, caught in a state of naive perma-pleasure. This is undoubtedly true, but what’s the harm? We all need a happy place, and who’s to say it has to be a real place?

Even those of us who have transcended the initial romance of Paris (and discovered its less-than-lovely elements) know what it is to be under the spell—to hear about someone else traveling to or living in Paris, and to be simultaneously elated and gripped with envy. Your pulse quickens, and suddenly, you’re desperate for either a cigarette or a block of butter (or both).

It’s quite debilitating, but it’s an important part of a timeless cycle. Those of us that can now create the “Paris Effect” were once victims of it. And that’s probably what drew us there in the first place.

28 comments on “The Paris Effect”

Glad to hear it Hazel! I’ll be publishing a post on this subject in a couple of weeks on my blog. I’m sorta obsessed with this issue lately to tell you the truth. Tell me if I am overkilling it! 😉

Just returned and verified that Paris is not a big fat pink macaron. It does Paris a dis-service to think so.

🙂 my point exactly Erica…roll with it! And yes Tory there are days of mystification still…thank goodness. But if it didn’t provoke a roller coaster of emotions and experiences with highs and lows, it would be so much less interesting for sure.

Hey Melissa, A very fair and well-articulated point! I like to gush about the fairy-tale side of Paris, as I think it’s often what draws people in. But yes, when we’re lucky enough to spend significant rime in Paris, we can delve into the nuances of the place, which never fail to fascinate–and often mystify– me.

You know Tory it is true that we all arrived here with that sparkle in our eye, and yes after time passes the darker side of Paris casts a shadow on what was once only and purely magical; but are our Parisian experience merely tools to create envy in others? This seems rather unproductive to me. What about letting go of the “Parisian dream” and embracing the reality of what Paris really is, learning to adapt to it and thus discovering deeper layers of ourselves that go beyond the frosted topping of the Parisian cake that we came here to dive into. Paris is more than macarons and baguettes. All of those cliché elements are great for a Disneyland-type of experience, but what on earth do we learn about ourselves, or share with the world with this kind of view point?
Yes I do love Paris, but the honeymoon period ended long ago, and I believe it is better to love and accept Paris for its frivolous side as well as its darker side. Paris deserves as much. don’t we all want to be loved, flaws and all???

Hi Melissa. Great point. Living in France can be complicated, challenging and rewarding. Some days I want to kill everyone in France, and others I can’t get the smile off my face. After so many years of living in Paris, I have learned to roll with it and to learn and adjust. Erica

Great post! so true! I esp agree with Mme Archer’s comment. My time in Paris was all too short and I can’t stand to hear complaints about Paris or Parisians. Do you not realize how lucky you are to live in Paris!? To live in France?!

I am one of the ones taken by the spell. It can’t be helped, everyone has one or two of the places they dream and fantasize. It’s what make life worth living!

This must be why I get jealous green eyes when I tell my friends, I’m staying in Paris for 3 months to study abroad. I’m so excited, your blog has truly helped me, and has made me more knowledgeable about France’s culture as a whole.

I am an expat, in another country, that is Not France , a city that is not Paris.
I continue to love Paris, wish I were there, decorate as if I were, found an apartment designed and built by a Frenchman and I continue to daydream of moving away from here to Paris.
I know the people here are probably (overall) much nicer , warmer and more welcoming than the French (or anyone else for that matter) and that prices will be too high, everything will be more difficult .. but it is France .. it is Paris.
The history, the music, the art, the look of the place and then let’s not forget how easy it is to get Everywhere else from there !

Thank you all for your comments! I think that complaining about Parisians, Paris and France is something that the rest of the world shares with France, though! Anybody who lives outside of Paris dreads having to deal with the grumpy Parisians when they make treks up there…

The strikes, the bureaucracy, the constant drizzle end up being a small price to pay… No matter how much we complain, though, I think even the hardest among us are never completely immune to “the Paris effect”.

There are drugs in the coffee. I am convinced of it.

The conundrum of being an expat….it’s like we have a foot in both camps….we want the dream, we know the dream but at times we wake up all too suddenly….Great post, xv.

You put your finger right there where it is felt…. And let me assure you it works a treat also for the Non-Americans…. Every Swiss, English, German, South African, and of course American I know – many of them also visited us – is completely and utterly under the spell of ‘being Parisian’ or of having been in Paris….:)

I am a Swiss woman and live now in France (for reasons of Hero Husband working in Paris). Being thankful for NOT living in Paris itself but near enough to go there without too much hassle – except of course now it’s hell with the strikes, the no petrol at any station, the non appearance of papers or your mail, etc. etc. – has its moments! Thank you for the delightful upload; I shall try to be more grateful… 🙂

every city has problems. at least paris’ problems are in, you know, paris. can’t be that bad right.

Love this!!! So true!! wonderful way to describe it as a “spell” thanks!

I just got back from Paris last week: consider me officially envious of those expats! Love your blog!

it works on non-Americans, too! I hated it, when “I lived in Paris”, and just needed to vent a little about the Parisians and how hard it can be to live there, the only response I got (from my European friends) was “But you live in Paris…”, big dreamy doe-eyes, and not listening any more…

now that “I don’t live in Paris any more”, and my non-French friends who still live there want to vent I react the same way. “But you still live in Paris! Shut up and be grateful!”