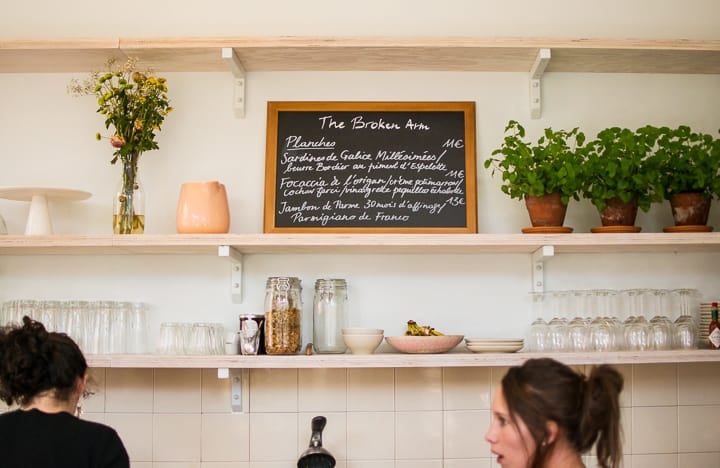 Situated on a quiet, sunny corner in the 3rd arrondissement across from the Square du Temple, The Broken Arm is Paris’s newest concept store-cum-café. It’s already attracting a small crowd of creative types — and the inevitable bobo or twelve — to wile away the the afternoon browsing in its clean, bright retail space or sip excellent coffee and tea in its adjacent coffee shop. 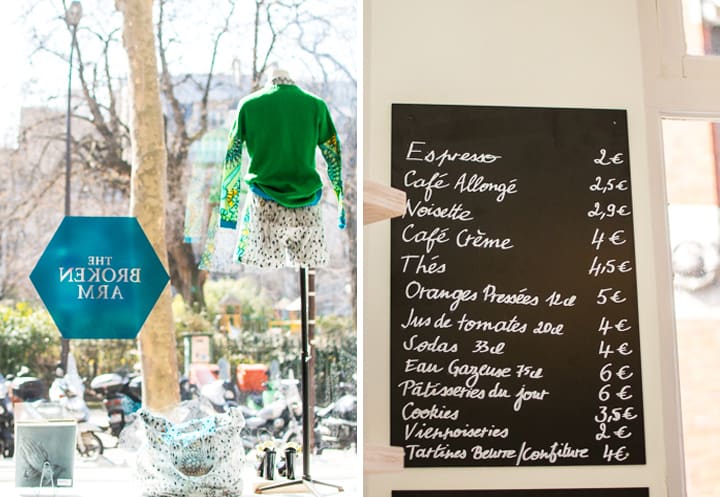 The Broken Arm was founded by Guillaume Steinmetz, Anaïs Lafarge, and Romain Joste after four years of running the fashion and lifestyle website De Jeunes Gens Modernes together, and the shop carries the brands that the founders had long admired and featured on their online magazine. 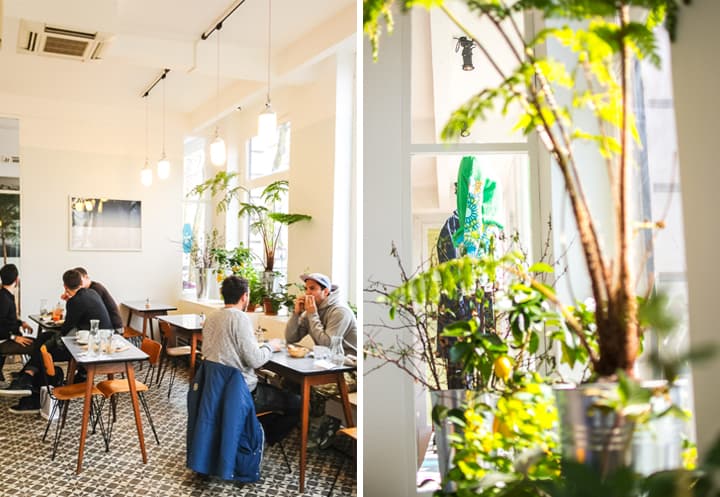 When asked about the idea behind the brands in the shop, Steinmetz says that there is no singular aesthetic that they are going for; the owners developed a clear idea of the designers they wanted to work with during their time running the magazine and decided to feature them in their retail space. The carefully curated collection includes clothing brands such as Patrik Ervell, Carven, Kenzo, and Gyakusou, as well as lifestyle items such as handmade cutting boards, high-end office supplies, and design books. 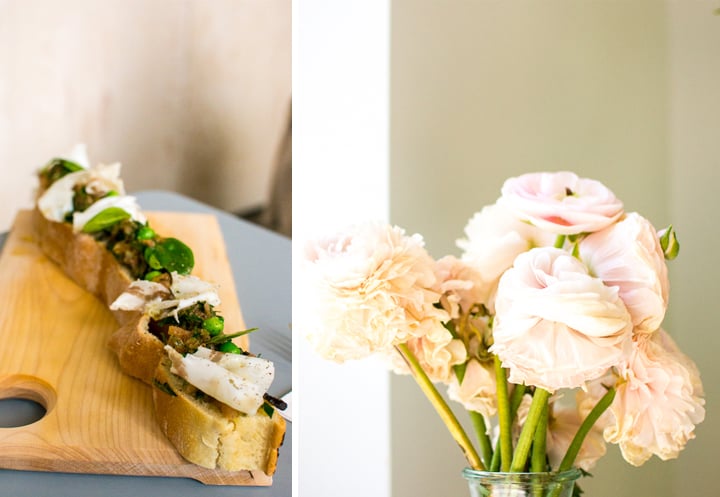 The founders recognize that the products they carry aren’t necessarily going to appeal to everyone, but that isn’t really the point. “The most important thing is the mood of the place and how [the customers] feel inside the place,” says Steinmetz. The unpretentious décor reflects this idea — the store is laid out in clean Scandinavian lines flanked by bright white walls and untreated wood shelves that put all the attention on the bright colors of the items on display. 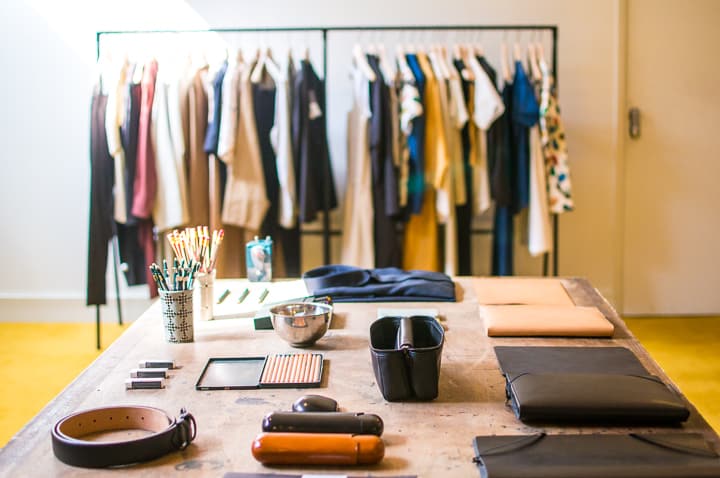 The final effect of all of their efforts is a boutique that feels as if you have stepped into your favorite lifestyle and design blog, a perfect reflection and physical incarnation of the intellectual brand begun four years ago on their website – appropriate for a shop named after a Marcel Duchamp piece that illustrates the blurry line between art and life. 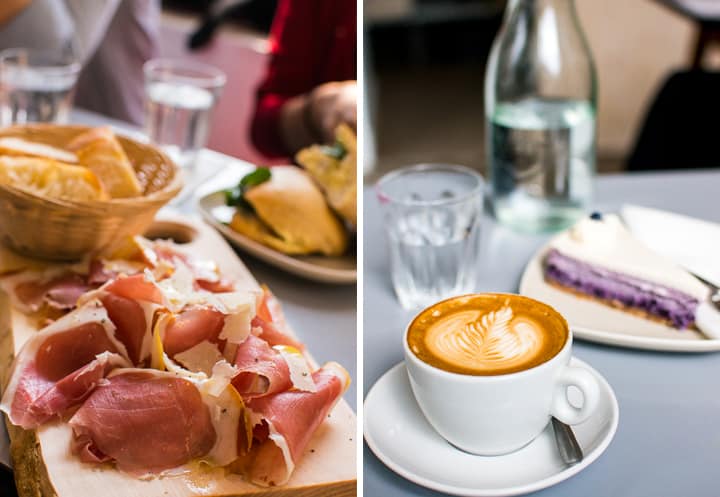 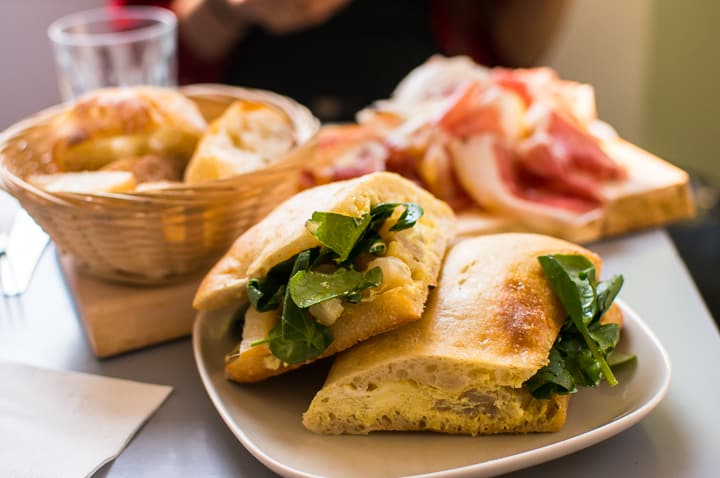 The bright and bustling café adjacent to the shop provides a small menu of sandwiches, salads, soups, and planches that are served all day. Everything is made in-house by their chef, trained at Le Bristol, and the menu changes daily with seasonal and simple being the watchwords. 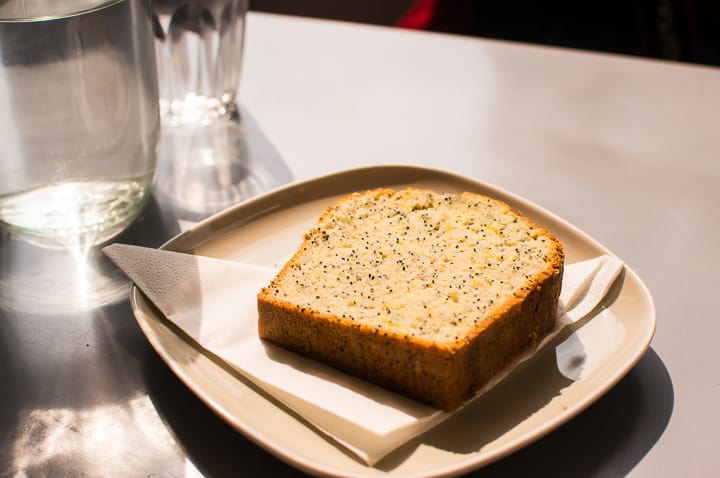 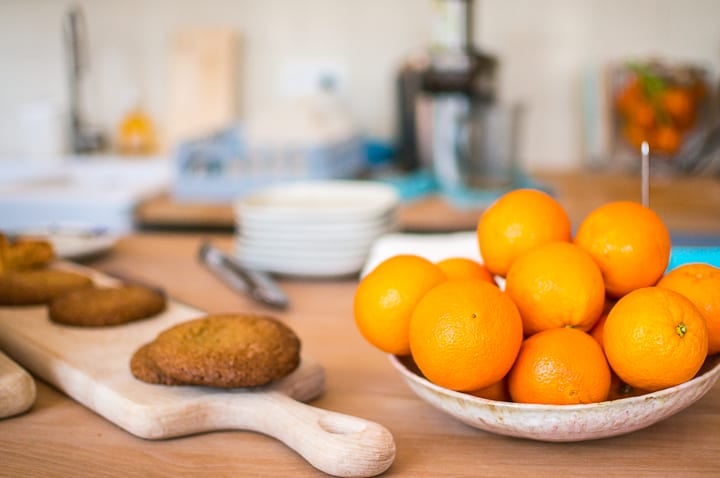 When I visited with a girlfriend on a cold but sunny Wednesday afternoon, we sampled a smoked haddock sandwich on ciabatta bread with a Madras curry mayonnaise, which was tasty and surprisingly filling for the smallish size, and a planche of Parma ham and Parmesan cheese which would have benefitted from a bit of arugula or other greens as accompaniment. 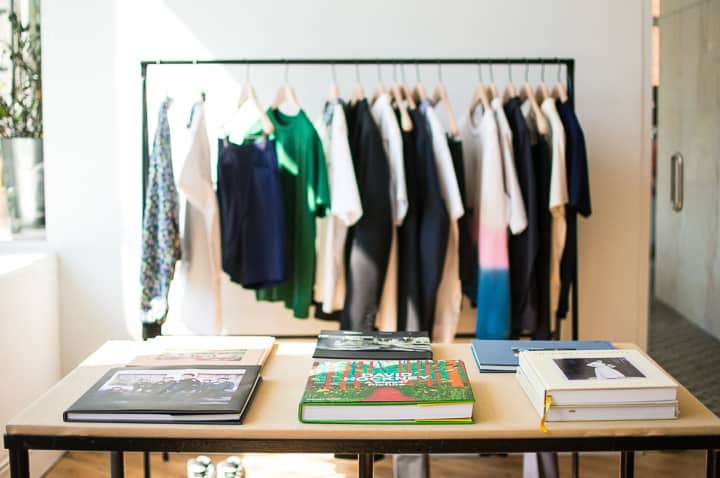 The next week, the menu offered a “club sandwich” with smoked salmon and cream of asparagus spread and a planche of oregano-flecked focaccia with tomatoes, capers, parsley, lard Colonata, and a healthy drizzling of fruity olive oil, dotted with fresh peas. 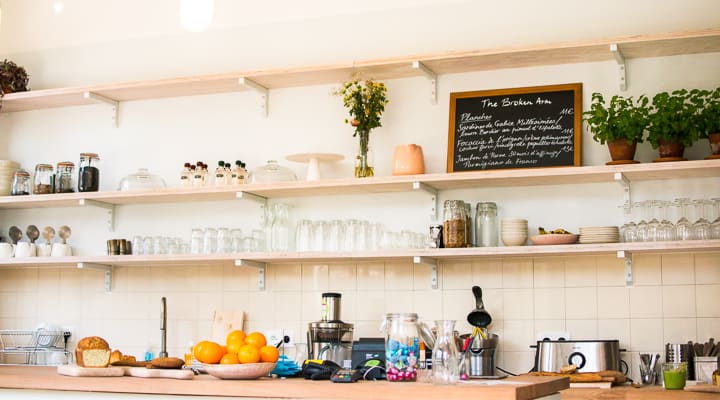 The Broken Arm Café differs from the recent spate of Aussie-owned coffee shops in Paris by sourcing their beans from the opposite climate — Solberg & Hansen, a coffee supplier and roaster from Norway. The barista, who used to work at SoPi favorite Kooka Boora, is pulling beautiful espresso shots with rich crema and, of course, micro-foamed and swirly art-topped lattes. A selection of homey pastries, including the wonderfully lavender-ombred blueberry cheesecake I sampled, accompanies the impeccable coffee. 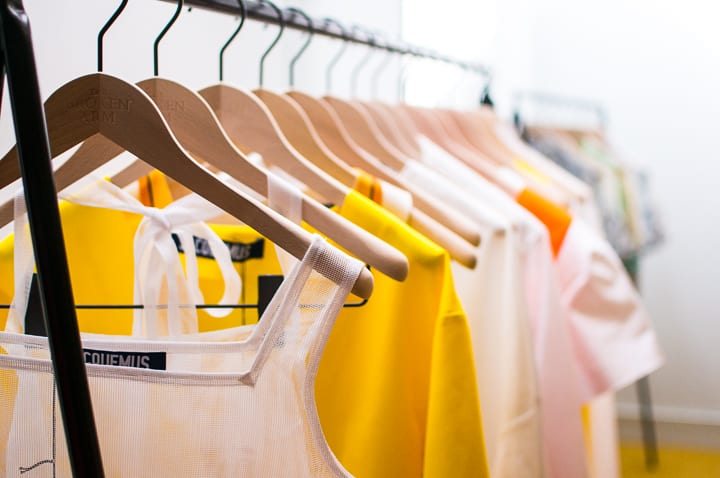 There’s no doubt that Paris has more than its fair share of concept shops, but The Broken Arm has already begun to carve out its own niche customer base with the creatives in the hip Northern Marais area. Visitors include a good mix of French and expats, and I met a varied group including a shoe designer, a photographer, and a smattering of journalists and writers while working there one afternoon. It is clear that the founders’ goal of creating a welcoming space for like-minded people has succeeded. 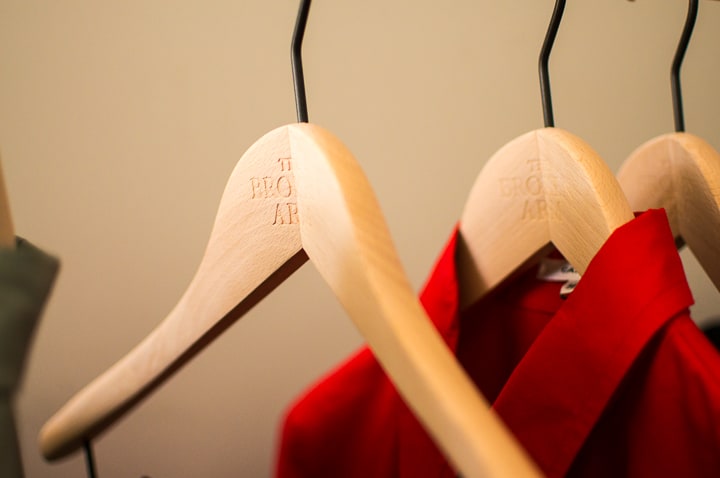 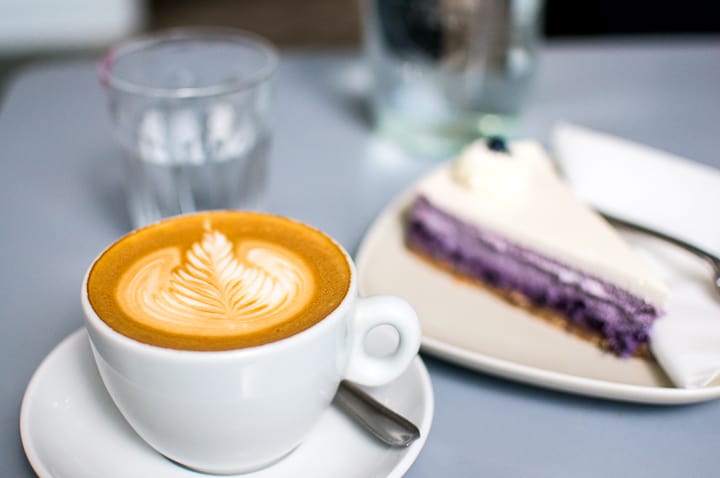 Written by Diane Yoon for the HiP Paris Blog. All photos by Diane Yoon. Looking for a fabulous vacation rental in Paris, London, Provence, or Tuscany? Check out Haven in Paris.

25 comments on “The Broken Arm: Paris’ Latest Concept Store & Restaurant in the Marais”

LOVE your blog! I have a similar city blog for Amsterdam :-). Citygirls rock!

Oh I had no idea about this new place! Seems like an interesting refreshing new place to go to!
Beautiful photos…
I will make sure to go soon!
Thanks for the tip 🙂
hugs
Ylenia

@Milsters: Thanks girl! Whenever I’m in the Marais, I think of you.

@Andi: It’s totally cool; it’s got a great vibe for hanging out.

@Felicia: That’s my job; poking people to check out / return to awesome places. Thanks for reading!

I fell in love with the place weeks ago. Thank for you making me pay them yet another visit. Gorgeous photos.

Sounds fab!…I will make sure I visit when I’m next in Paris!…xv

Wonderful photos and a great post. Going to have to check this store out soon!

GREAT WRITE-UP!! And it’s just around the corner from my place, so it’s going straight onto my list of places to visit 🙂