The New Faces of Caulaincourt Village 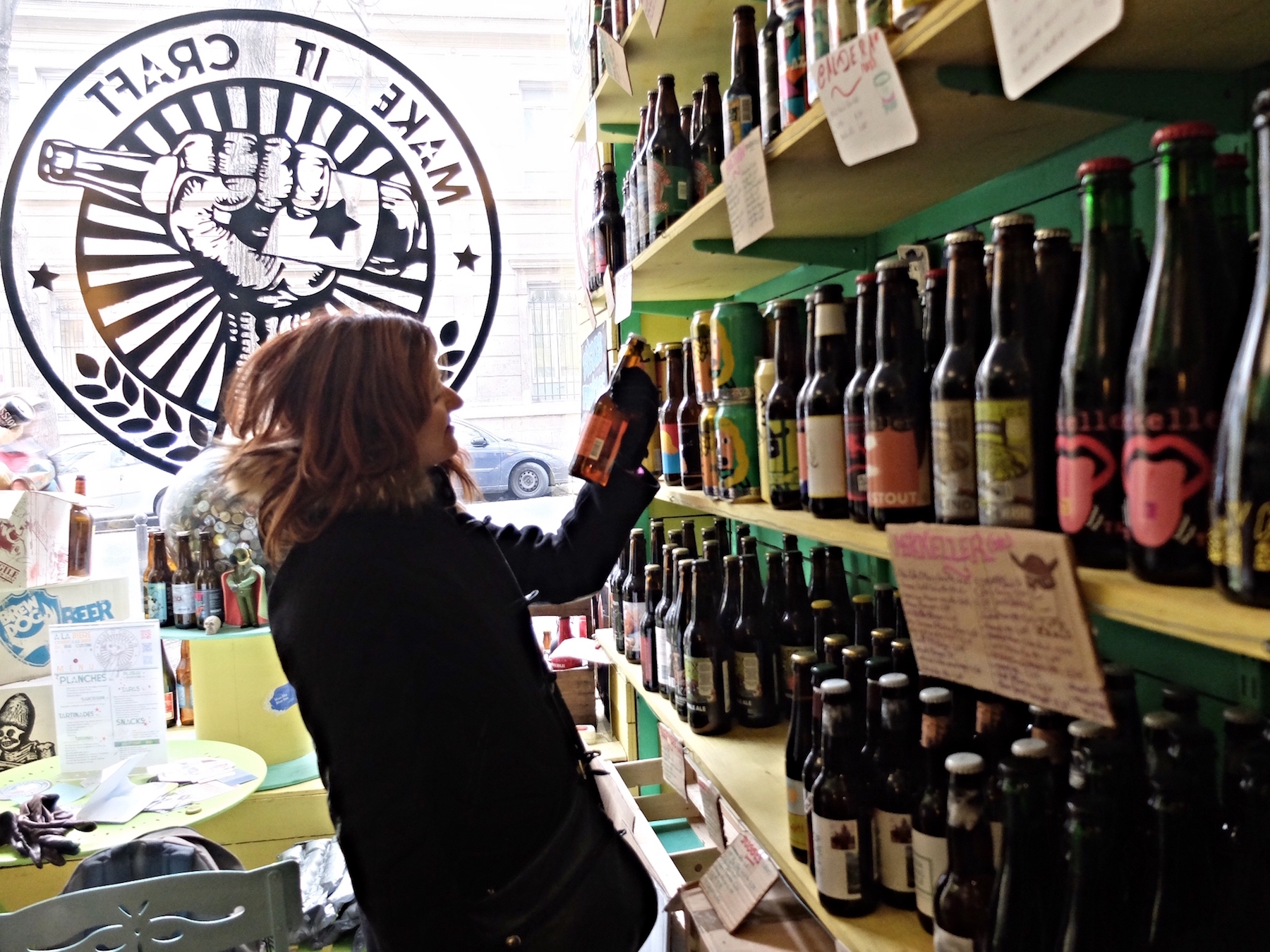 While some areas of Paris seem to be losing their character to gentrification and chain shops, there are still corners of the city that retain a true neighborhood spirit. A perfect example of one of these “villages” hugs the northern side of Montmartre, along rues Caulaincourt and Custine. Here, traditionalism has grown to co-exist — and even thrive — with the arrival of some new faces: contemporary restaurateurs, offbeat designers, and connoisseurs of the world’s best chocolate and craft beer, all of whom are giving new meaning to the word quartier. 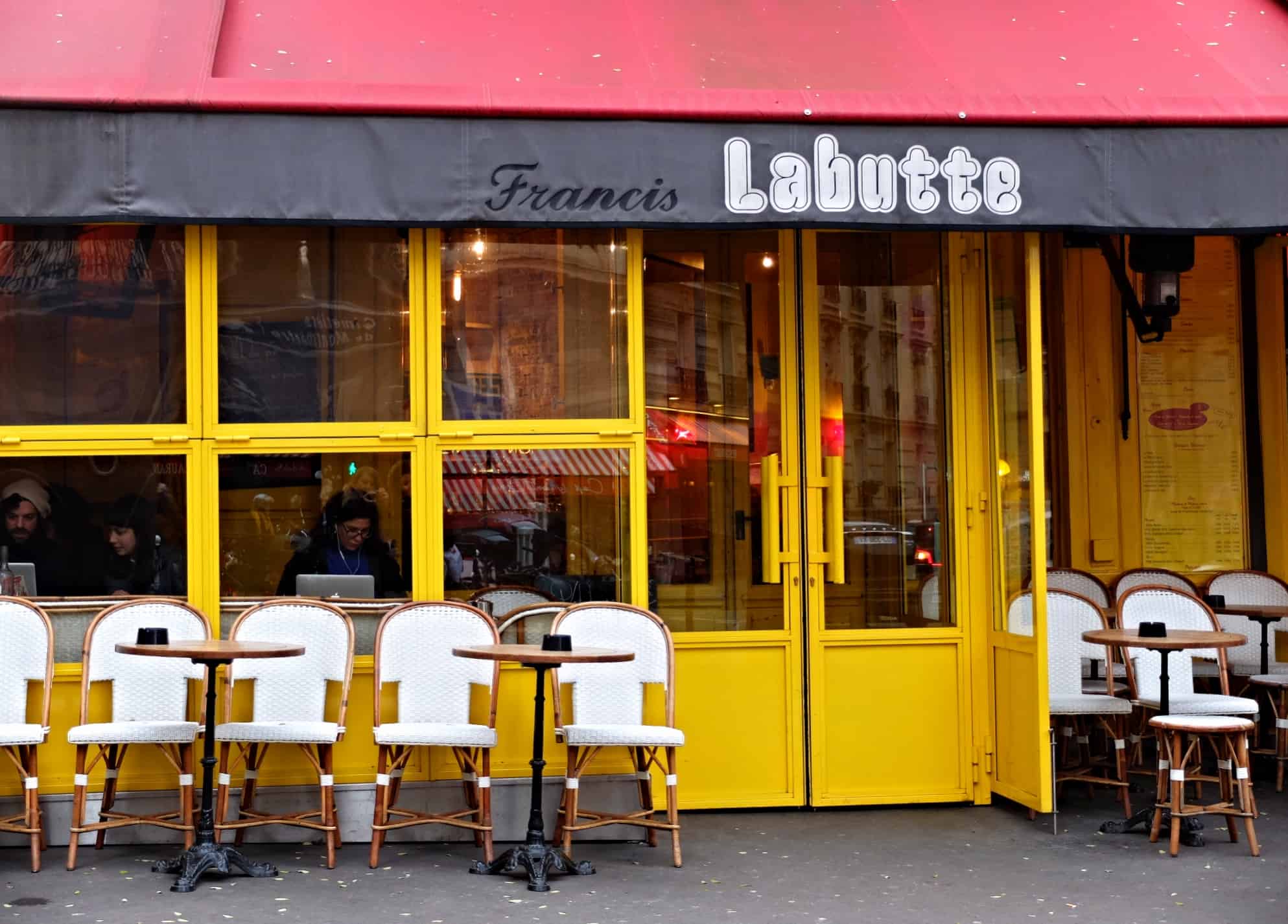 Before the 1800s, the slopes descending north from the small village of Montmartre were populated mainly with vineyards, wheat fields, and the occasional farmhouse. The 1860 annexation of Montmartre turned these farmers into overnight real estate developers as they sold off their land, paving the way for the modern expansion of the city. The wide streets of Caulaincourt and Custine, carved along the edge of the hill, became the logical high street for the area and were soon lined with residential buildings, a few cabarets and some food shops to feed its growing population of middle-class families. Since, a tradition of quality has been fostered with excellent local purveyors including the award-winning bakery Le Grenier à Pain and the distinguished Meilleur Ouvrier de France Arnaud Lahrer. So how do the new venues fit in beside these classic establishments? 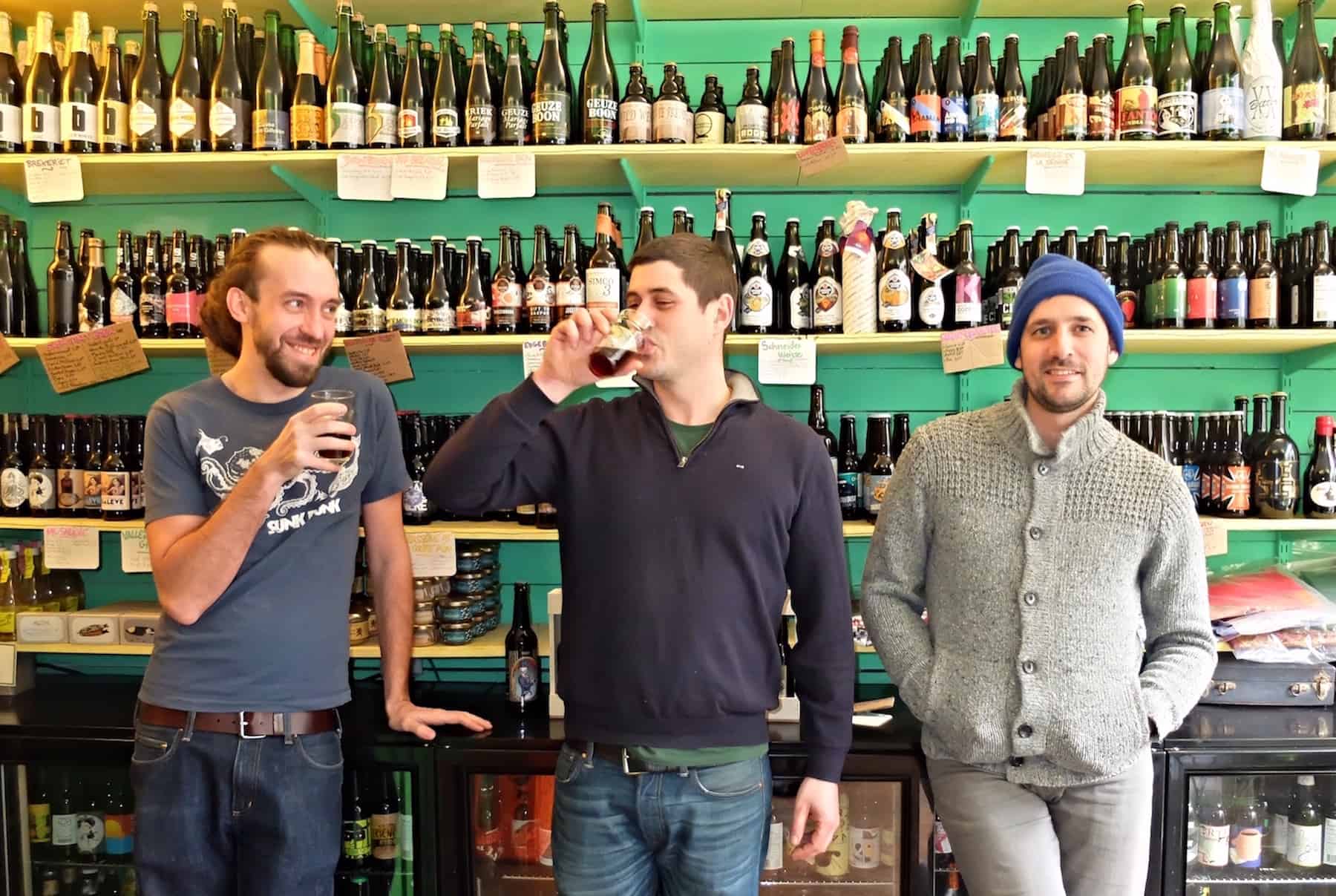 A la bière comme à la bière – One of the first and few all-craft beer shops in Paris, this cool “cave à bières-epicerie funk” was opened in 2013 by Jean-Baptiste Lacroix, who was introduced to artisanal brews by an American friend. Having grown up in the area, it was a natural decision for him to set up shop here. As natural as his dedication to procure the best craft beer from up-and-coming Parisian brasseries to the new age of Belgian brewmasters, or from far-flung micro-breweries in Scandinavia or Japan. And these are just the artisanally brewed options; Lacroix and his team aim to stock products from producers who are shaking up the trade, creating inventive new recipes that are helping revolutionize this culinary art. 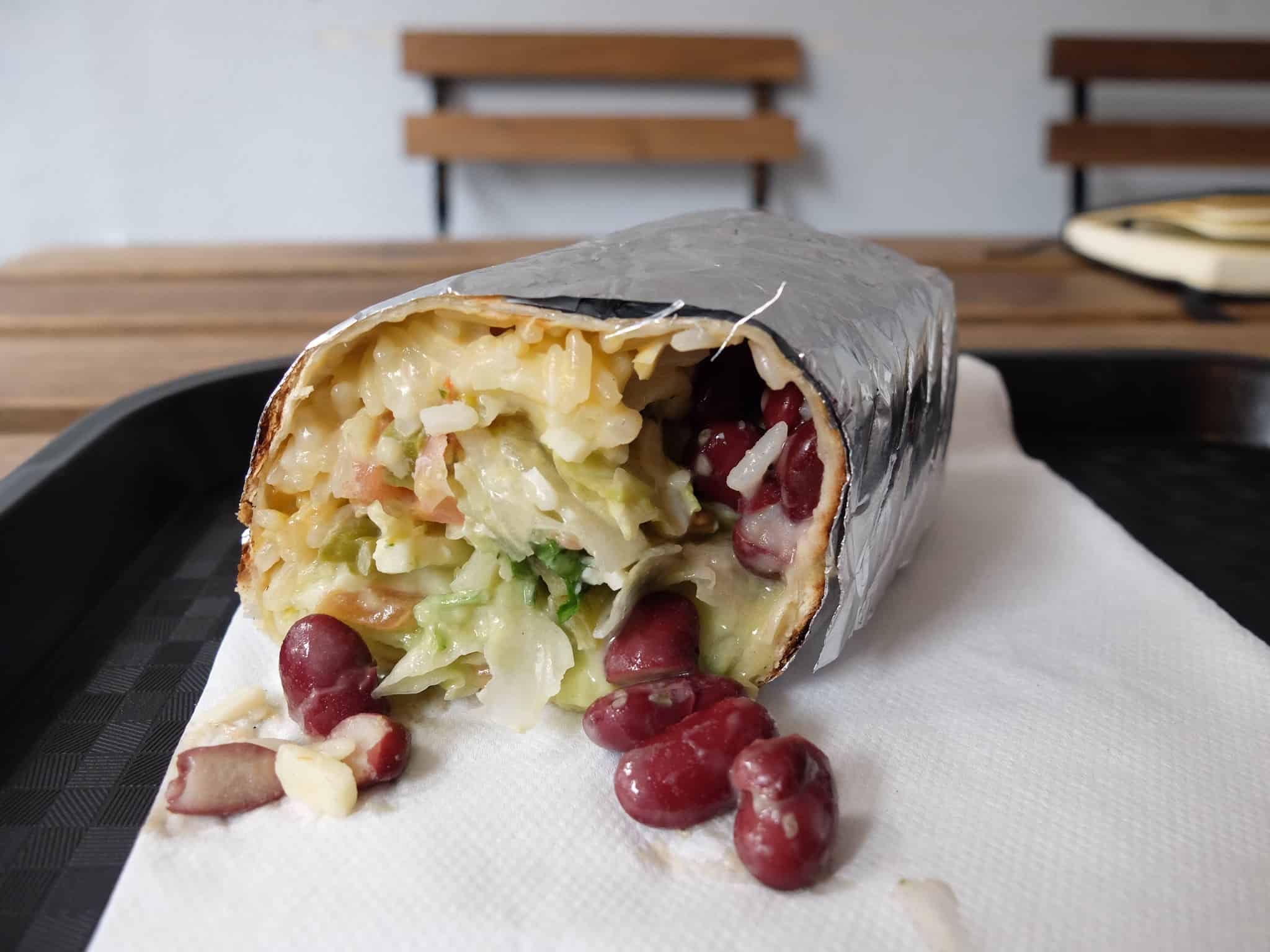 Tito Burritos – It seems a contemporary Paris neighborhood wouldn’t be complete without a hip Mexican cantina; Custine-Caulaincourt has Tito’s. However, these affordable and tasty tacos and burritos aren’t being chowed down by infiltrating expats and tourists. Roberto (Tito) Lara points out that their clientele is made up mainly of local French residents and business owners. “Some come every day!” proudly added Roberto, who’d previously worked in some of Paris’s top hotel restaurants, like the Mandarin Oriental, before meeting his current business partner, fellow Mexican and French-trained chef Hyawatta Ramos Diaz, four years ago. They opened up their little sit-in or take-away taqueria in 2013, satisfying their clients palates with the freshest locally sourced and imported Mexican ingredients, perfectly paired with a Corona or a craft beer from next door. 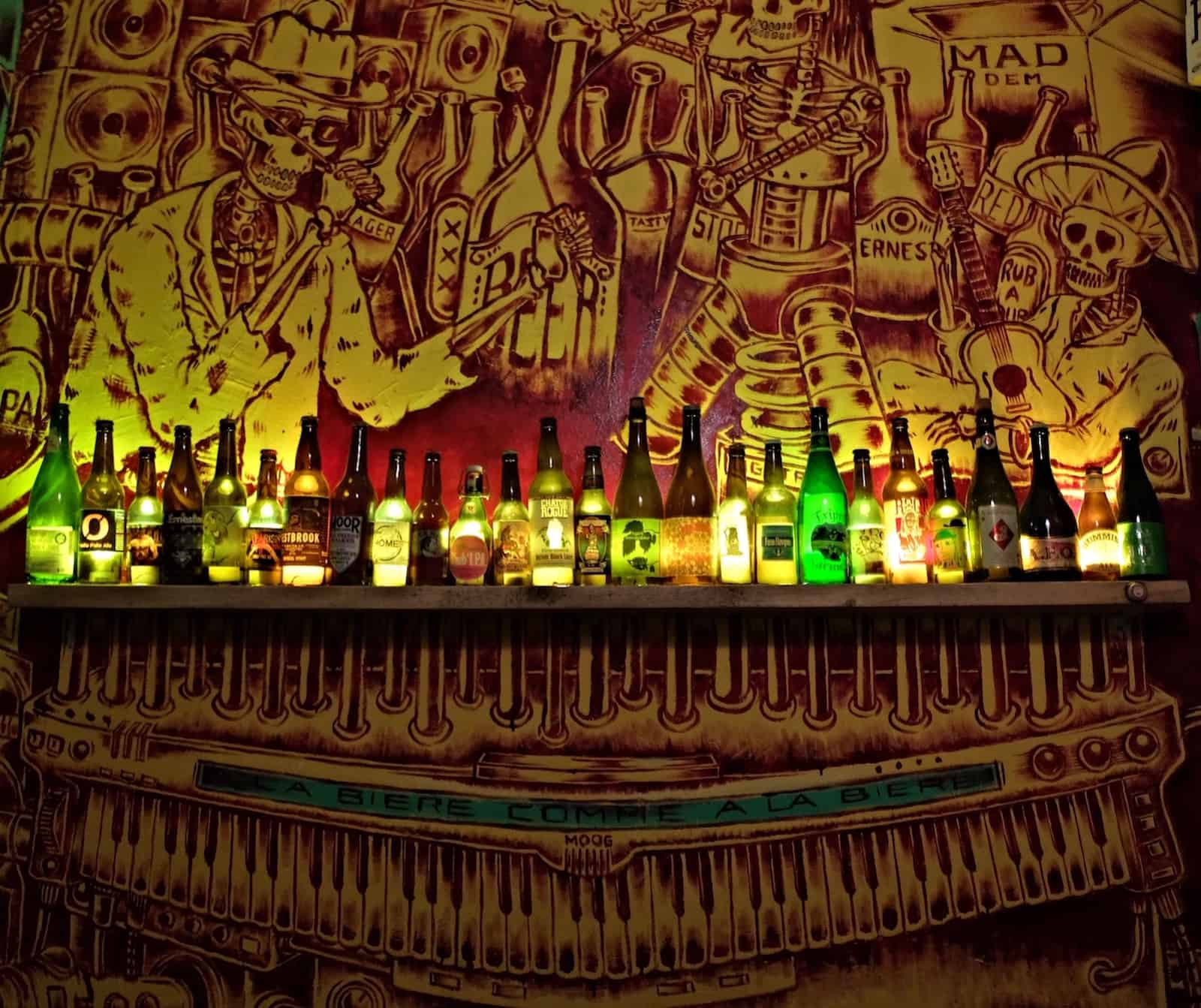 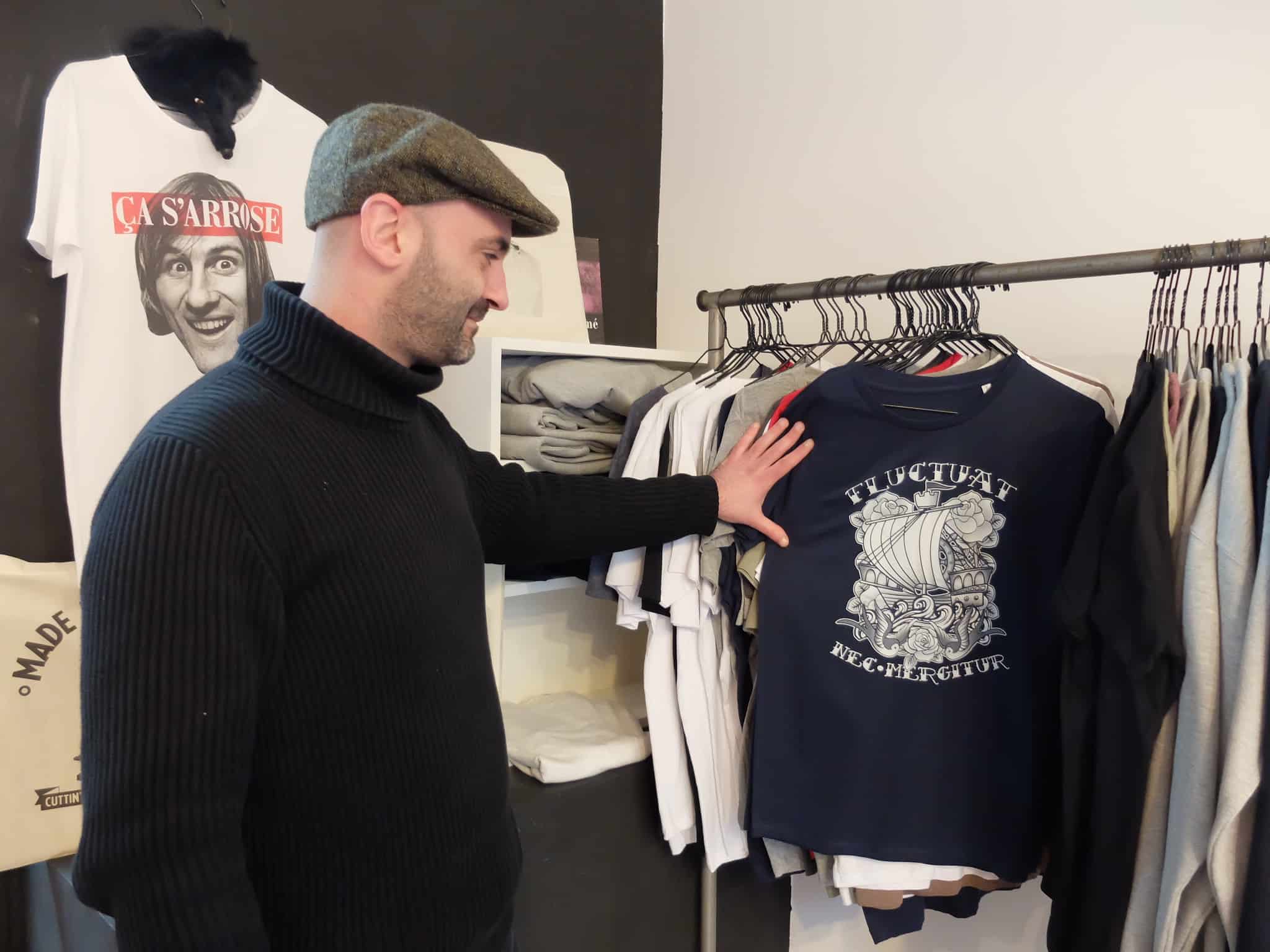 L’Atelier Parigot – Another child of the Caulaincourt district, Angelo Seminara, converted his experience as a graphic designer into retail clothing with his own brand. A fur shop for fifty years, now the racks and hangers of Parigot (slang for a Parisian) dress the new generation of 18ème residents in cool t-shirts, sweatshirts, and hats. Each one brandishes expressions and French-themed graphics, with the likes of Joan of Arc, Napoleon, and the guillotine with “Made in France – Cutting Heads off since 1792” completing the cheeky reference to the Revolution. All clothing and tote bags are printed by Angelo right in the boutique, allowing him to take custom print requests as well. 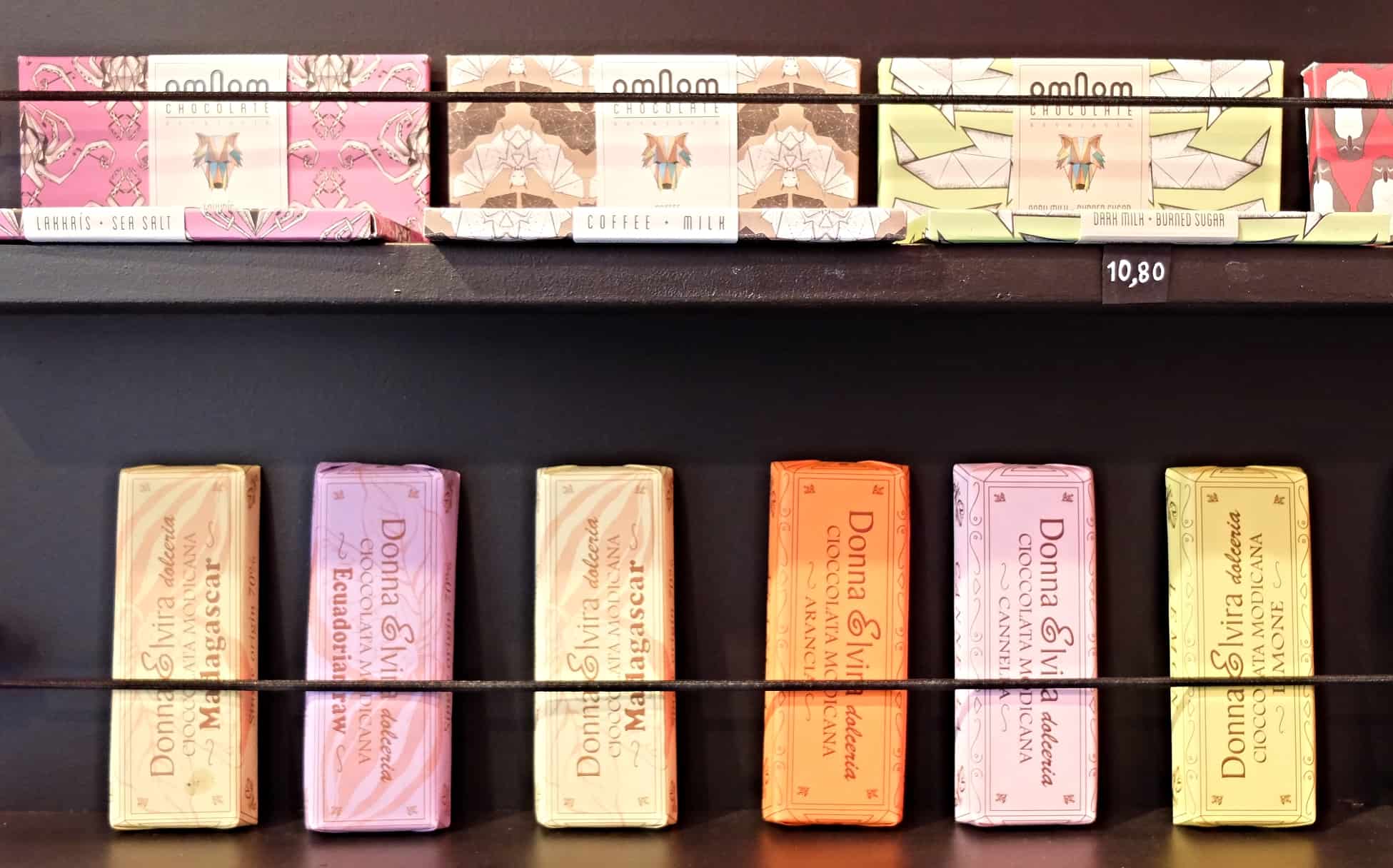 Kosak – Further up the road sits a discerning sweet tooth’s paradise, an artisanal ice cream and chocolate shop. “Our products aren’t simply artisanal,” explain owners Natalie Menou and Catherine Lemoine. “They are also all-natural, which doesn’t always go hand-in-hand with artisanal.” When they first opened in the summer of 2014, after spending years down the road running the eccentric bar Les Taulières (now under new ownership as Le Festin Nu), they grew popular by serving up scoops of ice cream and sorbets that were made in the French countryside using the freshest dairy products and real fruit. They’ve since turned their focus to amassing what may be Paris’ best selection of bean-to-bar chocolate. For example, they carry several brands from as far away as Reykjavik and Copenhagen that use cocoa from the same plantation in Madagascar. Interestingly enough, the end results can vary widely, creating the epitome of artisanal. 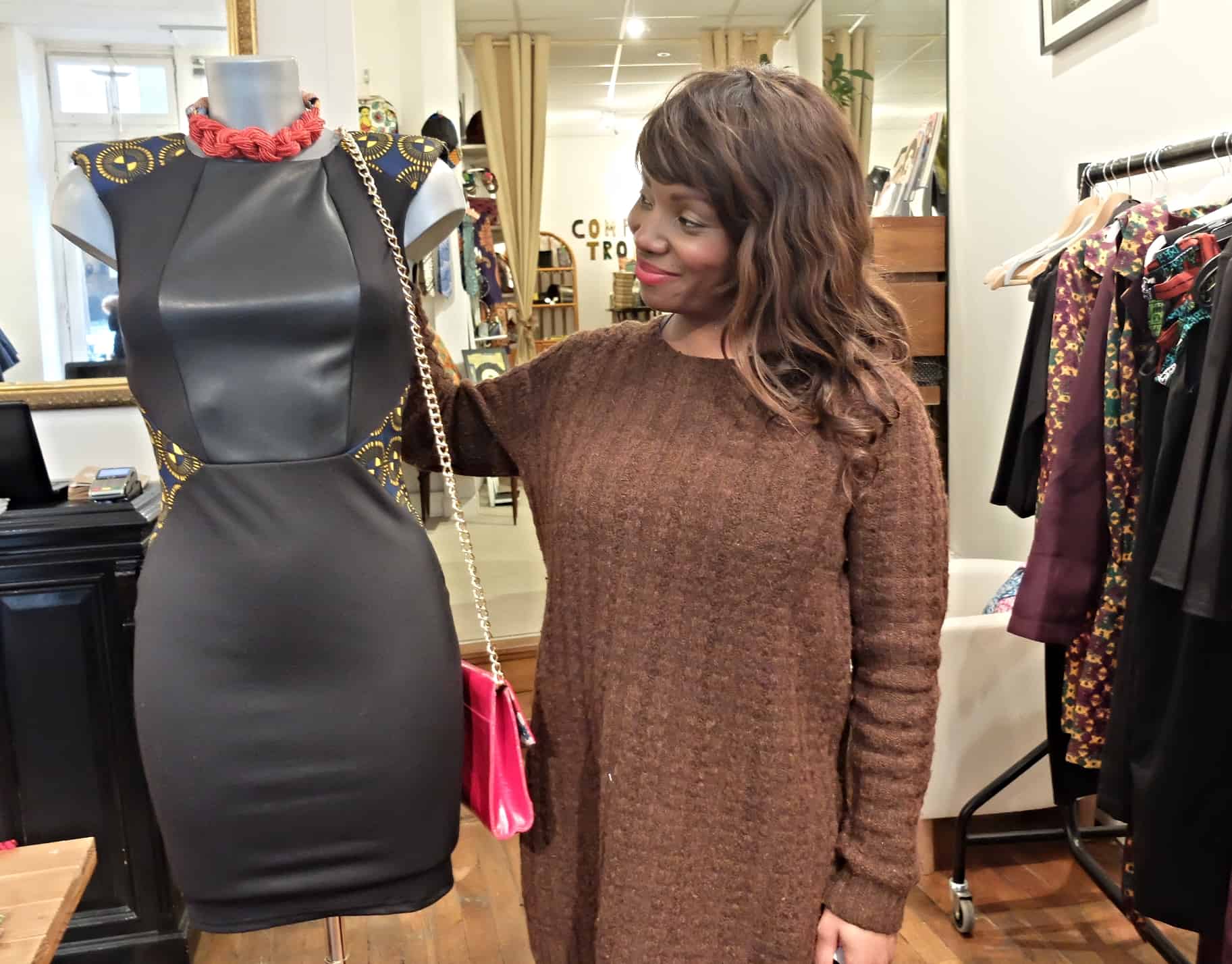 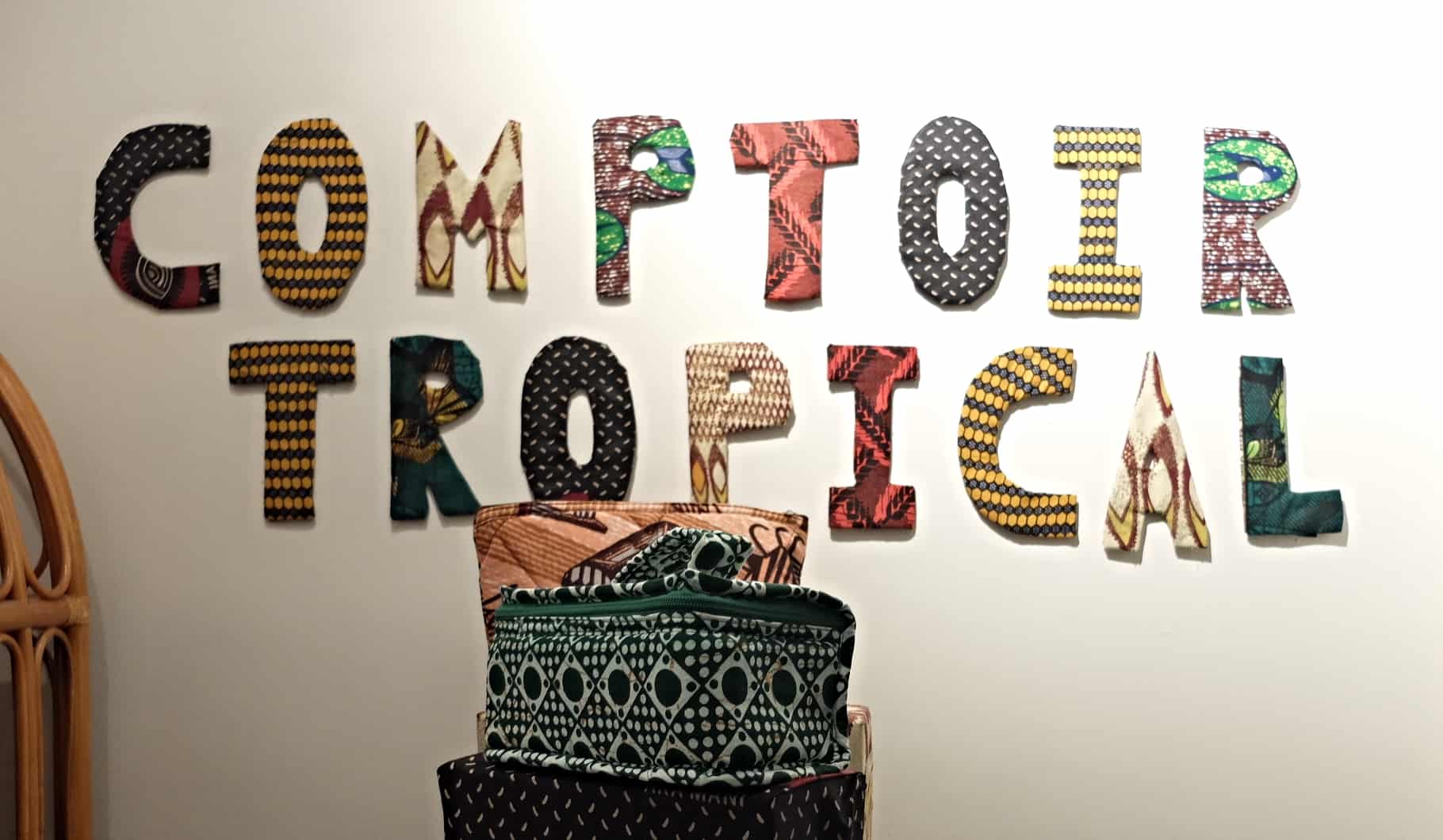 Owl Paris – At one end of the Caulaincourt-Custine village is the very traditional African district of Chateau Rouge; its contemporary counterpart, Owl boutique, sits at the other. Julienne Biyah, a Cameroonian living in France since the age of eight, left a successful career in pret-à-porter to start her own shop. The right location was imperative to Biyah, who wanted to build a bridge between her two worlds. She has succeeded at her goal, attracting mostly Parisian clients from the neighborhood with her chic array of African-inspired clothing, accessories, bags, and housewares by 30 international designers, including Biyah herself. The owl, considered mystical and wise in Cameroon, has definitely bestowed its traits upon the talented young woman. 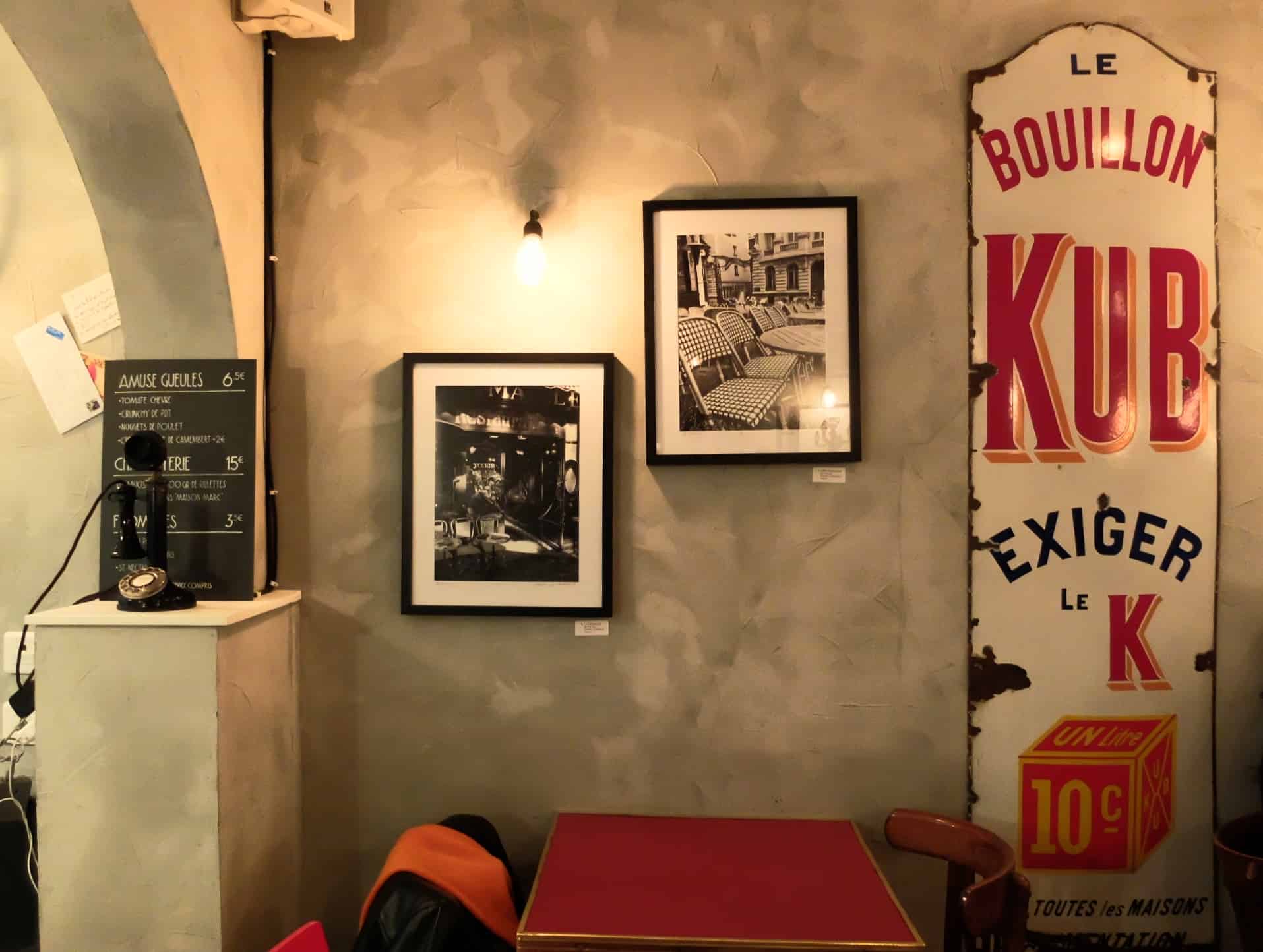 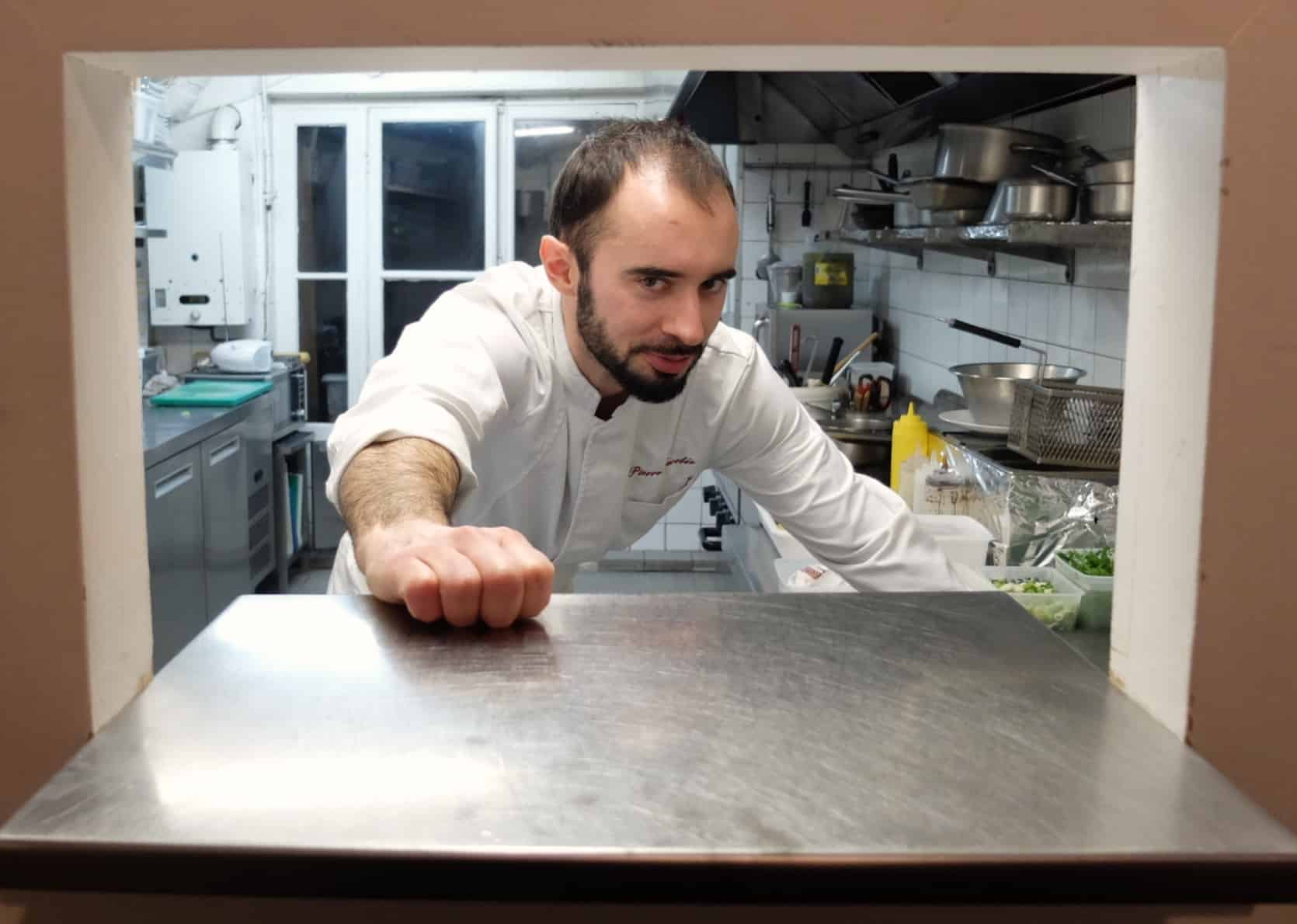 Tracteur Rouge – When Valerie Guillard and Francois Prulhiere gave up their careers in business, they had a specific objective in mind: to create a true restaurant du quartier. “We wanted to find a residential area where we could gradually build a community around our establishment,” adds Guillard. “And we found that here on Caulaincourt.” Upon finding the right area and opening in September 2015, the couple meticulous hunted down and created relationships with the best local suppliers for their seasonally changing menu, those within closest proximity to their bistrot et bar à vin whenever possible. The fruits of their labor are perfectly illustrated in the “Caulaincourt Burger.” As the name suggests, the buns are made at the bakery a few doors down, the cheese comes from the local fromagerie, and the meat from the neighborhood butcher. These links to the land and to the importance of terroir are evoked in the restaurant’s name: The Red Tractor, a nod to Montmartre’s agricultural roots. 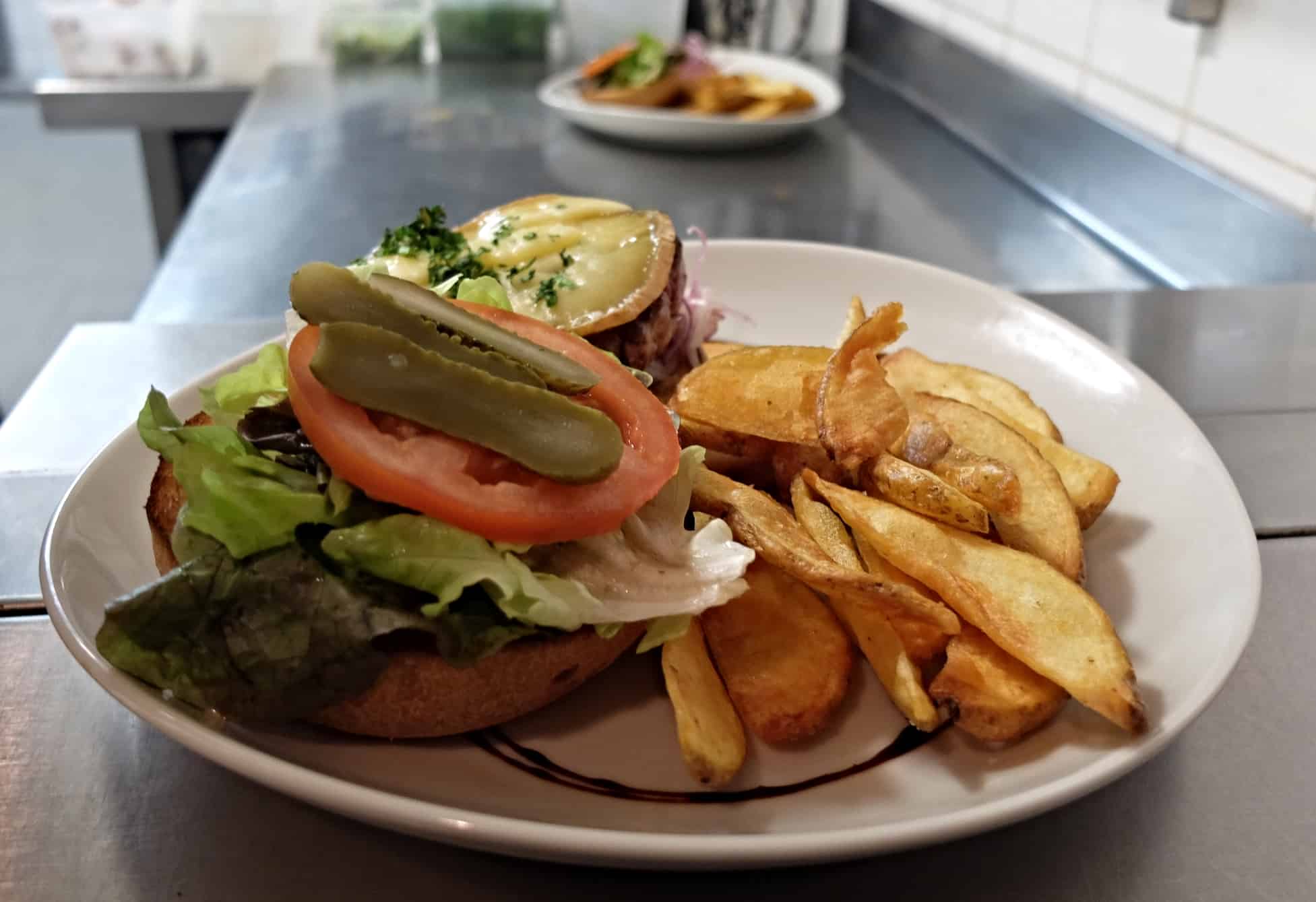 Those rows of wheat and vines might have long been uprooted from the hill, but its soul is firmly ingrained and will continue to be sowed thanks to this new generation of passionate commerçants.

Written by Lily Heise for the HiP Paris Blog. All photos by Lily Heise. Looking for a fabulous vacation rental in Paris, London, Provence, or Tuscany? Check out Haven in Paris.