A Leap of Faith: Finding the Perfect Paris Apartment 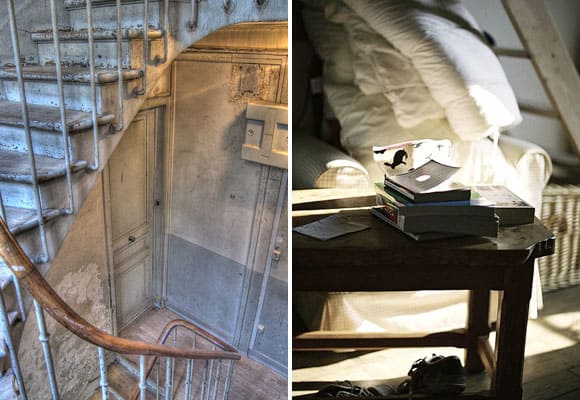 After having made the huge, scary, glorious decision to quit my plum entertainment job of 14 years to move to Paris, all I could picture was drinking rosé in fabulous cafes in St. Germain and strolling with my soon-to-be-named French lover along the Seine.  It was going to be all storybook romance and Parisian perfection, right?  What could possibly go wrong?

The first big task on moving to Paris was finding an apartment.  I felt like a Parisian kid in a confiserie as I set out to look through all the online listings.  I was picturing my new, highbrow, literary friends meeting in my salon and debating whether Anna Karenina was due society’s scorn or the victim of a double standard.  And then there would be the lavish, multi-course creations that would appear out of my kitchen and people would say, are you sure she’s not French-trained or a descendant of Julia Child? 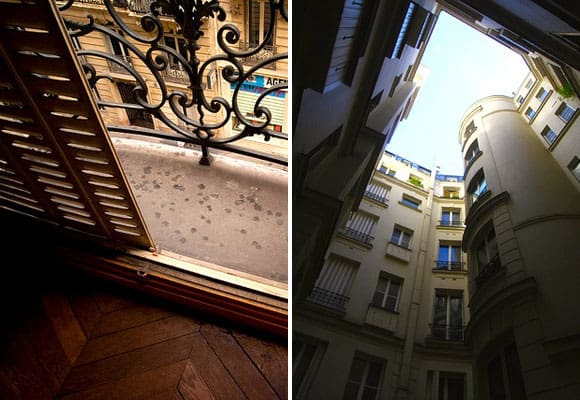 As I dug into the apartment search further and started to learn the meter to square feet conversion, a rosé hangover started to kick in.  How was I supposed to entertain the French literati in a space the size of a parking spot? Would my culinary creations have to come from a hot plate in my Betty Crocker play kitchen?  Oh, no, this wouldn’t do.  I decided an in-person visit would be best because I was sure there were some things that weren’t translating on the web page.

While I looked at thousands of apartments online, I was able to see exactly two in person.  I was told that they do such an excellent job with their pictures and descriptions that there should be no need to see anything in person.  I will say, if I ever need to sell an outhouse in the back woods of a swamp, I’d hire one of these rental groups to make it read like a genuine, rustic cabin with ocean views. 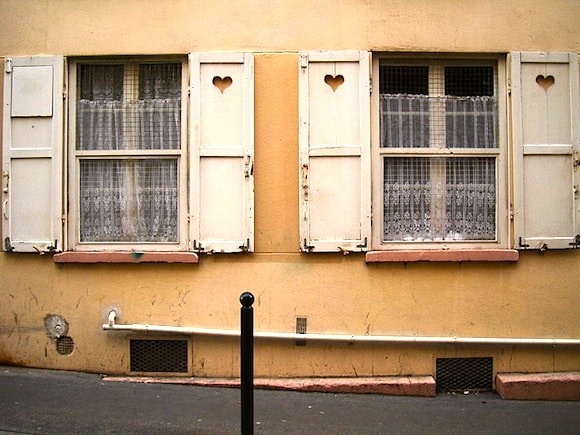 In addition to being mighty with the pen, they also must have scored some sort of spy cameras with anti-dark, anti-it’s-really-not-that-small lenses.  The first apartment I saw looked like a little dungeon, and I was sure someone was chained up under the floor boards.  At least I had an honest agent who told me after we entered the dreary cellar that yeah, I don’t like this one because it’s really dark.  Perhaps this small note could have been conveyed during one of our 18 e-mail exchanges, instead of after a 12-hour flight.

When I walked into the other place, I stood mouth open for about 5 minutes before being able to speak.  All I could think was how do they DO that with their camera.  I could spin around and touch all sides of the apartment.  While lying in bed, I could wash my face or make toast.  I couldn’t breathe in this place, let alone entertain a thought. 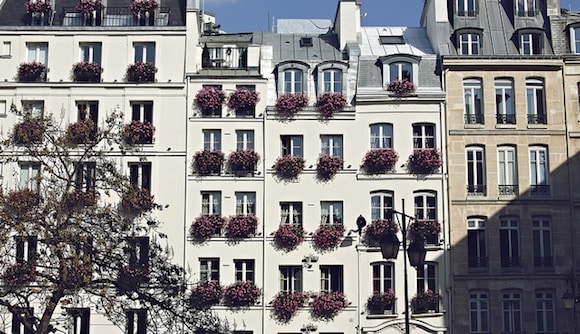 My last, and really only, hope was a friend of a friend’s acquaintance’s neighbor (basically one step away from being random stranger I met on the street, but I too was going to be on the street if I didn’t find a place in my final 24 hours of apartment shopping in Paris).

To find out whether Kelly finally finds her dream apartment, check back here for the next chapter in this series. Written by Kelly Page for the HiP Paris Blog.Looking for a fabulous vacation rental in Paris, Provence, or Tuscany? Check out Haven in Paris.

11 comments on “A Leap of Faith: Finding the Perfect Paris Apartment”

I am on pins and needles waiting for the next installment in this series! When will we know what happens next? 🙂

Very excited to hear the latest!! I adore your style of writing!

All the Best!
xoxo
Karena

aaah, this made me smile, sadly, madly, because it’s so very true! every time, i’m in paris (i live 30km from p downtown) i take photos of ‘studios for rent, 9m2, 10m2 for €530/month’…… and i too, can’t believe what my eyes see and my camera holds!
i wish you all the luck and shall trail after you until i know how it all ended!
good luck – you’re a terrific writer Kelly!!!!

Was there a happy ending? Did you find a nice place? Are there more opportunities to move into a share house setup?

Thanks for writing this. Cheers,

gorgeous pictures, i would love th move to paris. dreaming

Oh my dahhling, what an ordeal… can’t wait to read how it all turns out.

Good luck! Keep us posted. My dream is to vacation for 3 months with.my family in Paris We are a family of 5 so I guess it will be impossible to be in the same place haha

So so delighted to see this post as my husband and I are planning to immigrate to Paris in 3 years (after we save our pennies and get all our ducks in a row).

I have so many questions for someone who has RECENTLY attempted this feat and look forward to hearing more about how you found a place to live. I hope you may consider giving some cost breakdowns and details on the documentation etc required. I’m an EU citizen while my husband is South African so I’m hoping my status will help us with this process.

Also will you indicate if you’ve been searching for furnished, unfurnished, long-term or short term? Just when I think I’ve found a helpful site I find out its only for vacation rentals and I have to start all over.

Looking forward to the next chapter 🙂