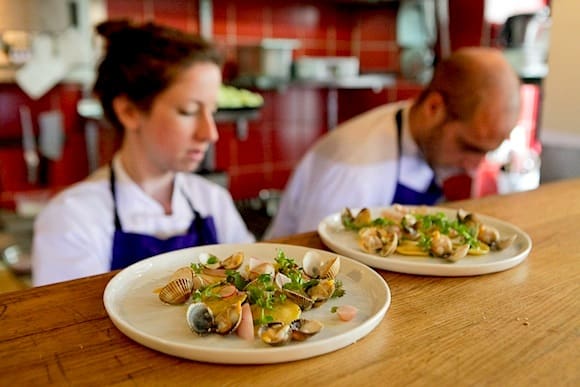 Last spring, every food-following Parisian had their sights set on one restaurant: Rino. After it opened in February 2010, chef Giovanni Passerini’s cozy, modern bistro quickly became the place for innovative, market-driven fare at reasonable prices. At the time, nearly every review was favorable (if not positively glowing); a year later, we stopped in again, for lunch this time, to see whether Rino has lived up to the hype. 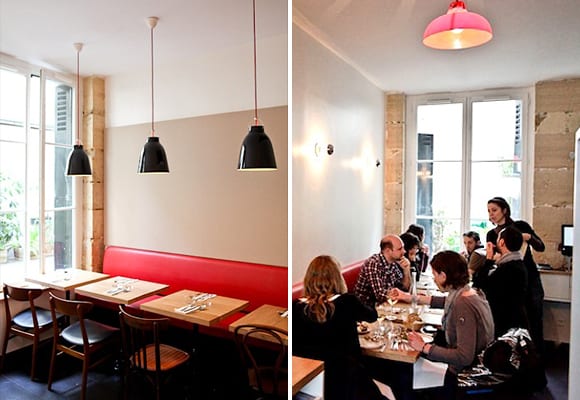 The restaurant is tucked away on a fairly unsexy street in the 11th, and offers clean and unfussy décor, suggesting that here, the focus has always been on the food. As soon as we entered, we noticed a team of busy line chefs, chopping and arranging dishes in a small open kitchen. 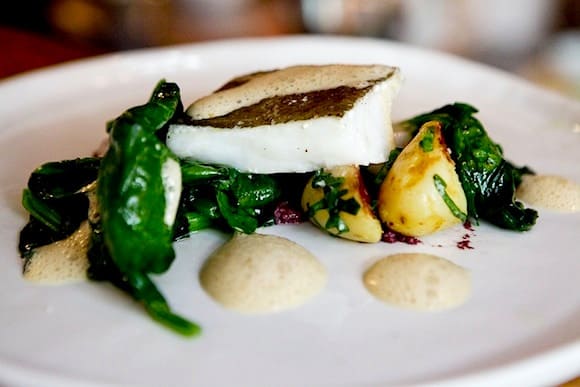 In the tradition of Le Chateaubriand, Le Chapeau Melon, and Les Papilles, Rino offers a set menu (with little-to-no choice) that changes daily based on available ingredients and the whims of the chef. Luckily, Passerini’s impressive training (he previously worked at Arpège, Le Chateaubriand, and La Gazzetta)and innovative instincts mean that culinary missteps are rare—he has an innate sense for how to make seasonal produce shine in dishes that draw on tradition but play up surprises. 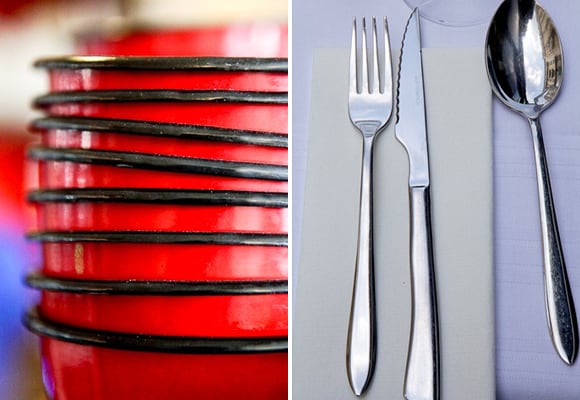 We opted for the 3-course menu at 28€ (you can skip dessert for just 23€, but who would do that?) accompanied by glasses of Chenin (6€ each), whose golden color and strong honey taste provided the perfect counterpoint for all the dishes we tried. This may not sound like a feat in France, but given the range of ingredients we would soon consume—at least three of which I had never before encountered—the overall experience was remarkably harmonious, as far as my palate was concerned.

To begin, we were presented with what looked like a dense forest of greens: hulking pieces of asparagus were topped by a tangle of nettles, wild herbs, actual flowers, and what I initially thought was octopus but turned out to be bulots (whelks). In case we weren’t already aware, an artful smear of mustardy vinaigrette across the plate sent a clear message: this food has vision. In addition to pleasing the eye, it was also a pleasure to eat, the balance of textures and flavors providing intrigue with every bite. 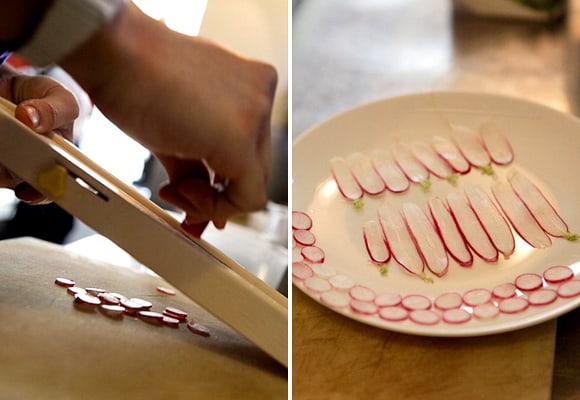 The arrival of the plats caused a moment of slight panic for my lunch partner. His tagliatelle with lamb ragout was instantly enticing but strangely tiny in size. When he dug in, however, the dense noodles and deep egg-y flavor (paired with a basket of bitter brown bread) managed to sate him. Meanwhile, my cabillaud, generously adorned with swiss chard, leeks and olive tapenade, was ample in proportion and perfectly cooked and seasoned. 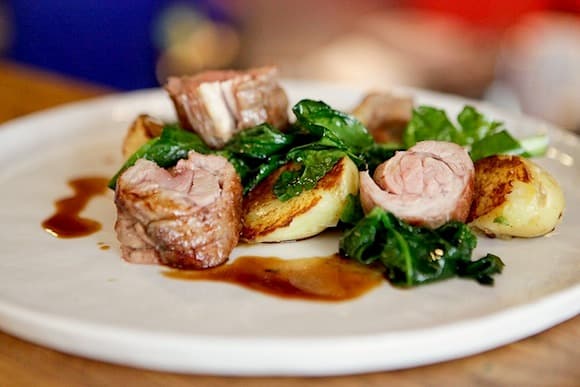 Dessert was a decadent-but-light baba au rhum accompanied by citrus fruits and a frothy ricotta foam. The baba exploded like a booze bomb when I pressed my fork into it, and the creamy-citrusy blend of the other ingredients combined to form a serious flavor sensation. 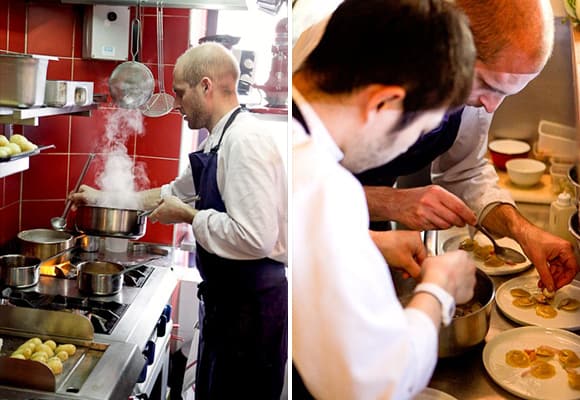 As is the sign of a good modern French meal, we left feeling happy-but-healthy, energized rather than weighed down by the mini-feast we’d just inhaled. Which is to say, you could certainly justify coming here on a weekly basis if you were so inclined. All in all, Rino is still going strong a year after making its initial splash, and better yet, you can actually get a reservation nowadays! I can’t wait to try Passerini’s more expansive dinner menu (38€ for four courses or 55€ for six) to see what other smile-inducing ingredients and wacky combinations he’ll throw my way. 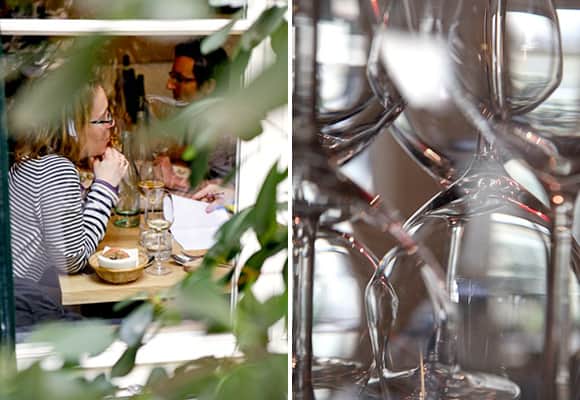 Written by Tory Hoen for the HiP Paris Blog. Didier Gauducheau, photographe, www.didiergauducheau.com, 06 03 54 39 73. Looking for a fabulous vacation rental in Paris, London, Provence, or Tuscany? Check out Haven In.

Thanks for your great review.
Question: how long in advance should I book there (on weekdays)? Thanks

Mmmmm looks like one to drop by, food looks and sounds luscious!thanks for the review.
Carla x

we are passing this place every time when it’s closed….. now i am even more depressed to have it confirmed that this place not only looks great but IS great. will have to change our rhythm of life to make it there!!!!!!!!!!!!!
thanks for this delicious post.

This sounds incredible!! I can’t wait to check it out! I mean a background of training with Alain Passard and at Chateaubriand?! Very impressive

This is a great tip. I’m leaving for Paris in about a month and have a number of places in the 11eme on my list. I’m a sucker for Chenin too …

I have one word to say: YUM!
Great write up and deliciously evocative photos – bravo.
-Kim