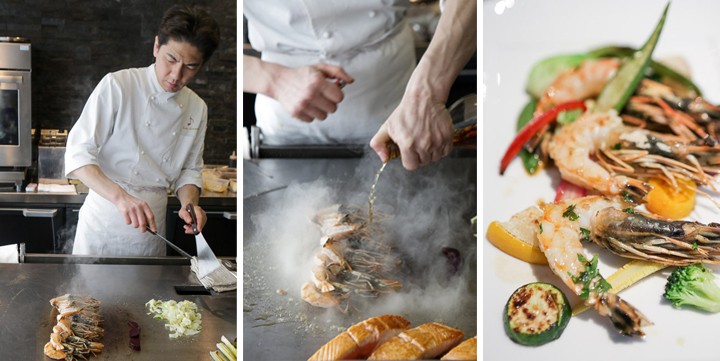 As my husband and I prepared to leave Paris a decade ago, we thought long and hard about where to go for our “au revoir” meal. After three years of steady devotion to classic French food, we decided instead on Hiramatsu, then located on the Ile St-Louis and newly anointed with a Michelin star. Our two-hour lunch included course after aromatic course of Hiramatsu’s inventive and refined Franco-Japanese creations. It was a meal neither of us will ever forget. 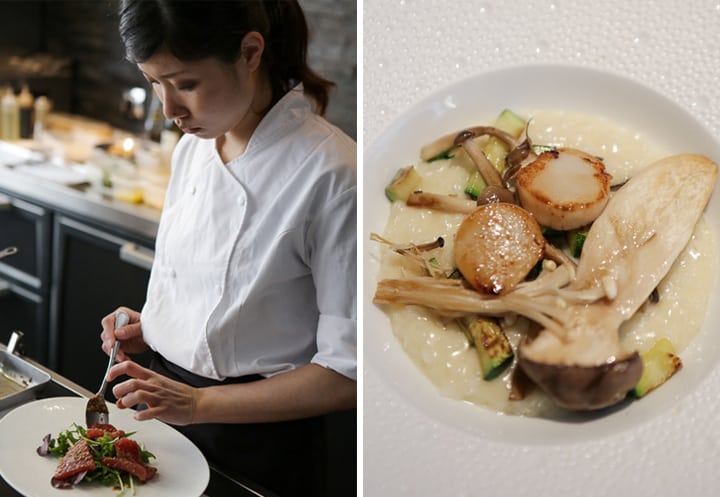 I was reminded of that lunch recently at Le Concert de Cuisine, chef Naoto Masumoto’s sleek, bento box of a restaurant tucked away in the 15ème. Unlike Hiroyuki Hiramatsu — whose lofty sights were clearly set on les etoiles — Masumoto seems to have achieved his highest aspirations simply in the studious and precise preparation of his dishes. 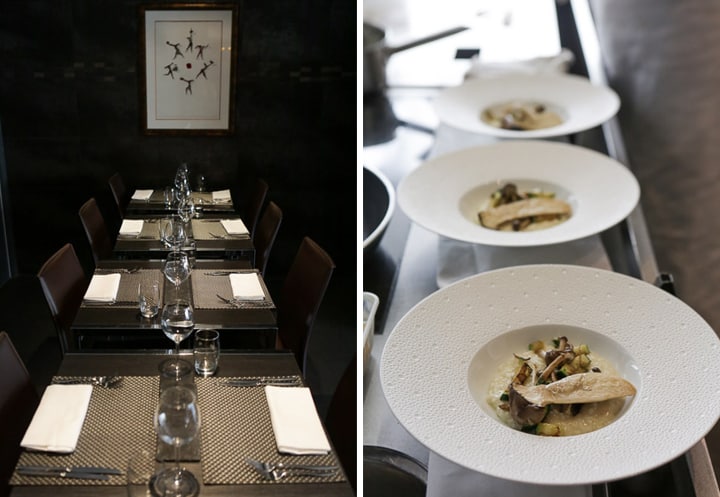 Acclaim seems almost beside the point for the chef who cut his teeth at (the much much pricier) Benkay. A steady and devout clientele (composed largely of Japanese business men and suit-clad ministry types) fills the restaurant daily in an unfussy space that says eating here is serious business. 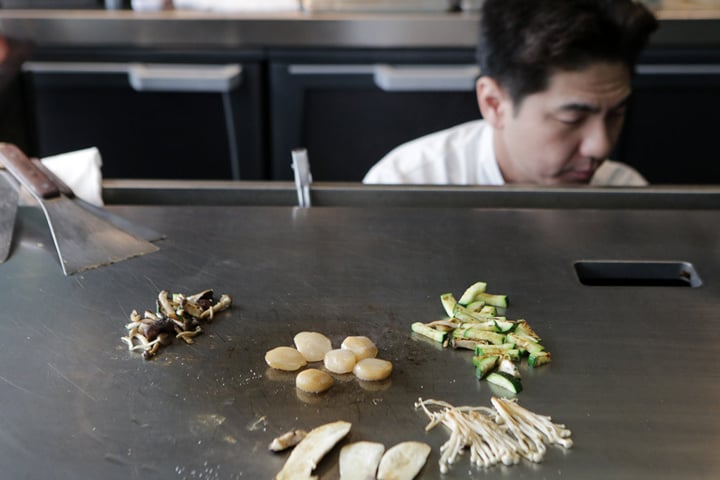 Which isn’t to say it’s no fun. Watching Masumoto cook is like observing a well-rehearsed symphony in motion. Indeed, his tiny restaurant feels designed for just this purpose. A dozen or so tables are arrayed around the central counter and open kitchen where the chef and his assistants create their flavorful magic on a traditional Japanese cast-iron grill. Observing the preparations was almost as enjoyable as eating it. Most surprising was the result: preparation and plating at a really modest price for what felt like haute-cuisine level quality.

The menu is happily limited – three entrée, plat and dessert selections max for lunch – ensuring total mastery over what arrives on your plate. My creamy risotto with spring vegetables was deeply flavorful and cooked to perfection, neither of which is ever a guarantee for this famously fickle dish. As delicious as it was, however, a glance at our neighbor’s table made me envious: an unusual (but reportedly sublime) confection of foie gras and teriyaki eel. 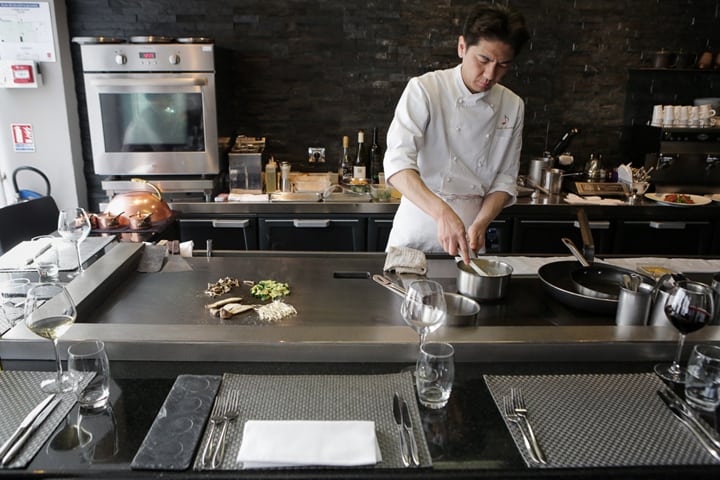 The arrival of my plat soon eased my woes: a generous serving of succulent gambas tapanyaki nestled in a bed of seasonal grilled veggies. The flavors weren’t distinctly Japanese, nor were they traditionally French, but a seamless marriage of the two that left me ready to reconsider the somewhat tired concept of fusion cooking. 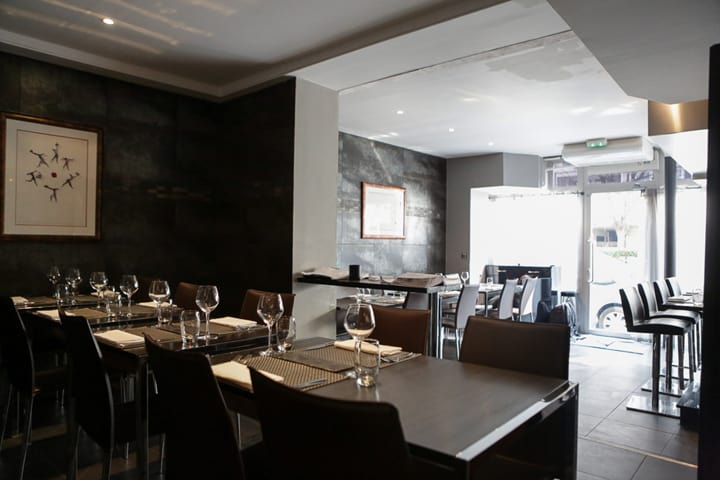 I don’t know about you but desserts in Asian restaurants tend to leave me cold; overly sweet and often gelatinous (yuck), I usually just skip  it. Not this time. In fact, my tiramisu au thé vert might have been the highlight of the meal. Another example of Masumoto’s skill in marrying unlikely elements for a surprisingly delicious result. 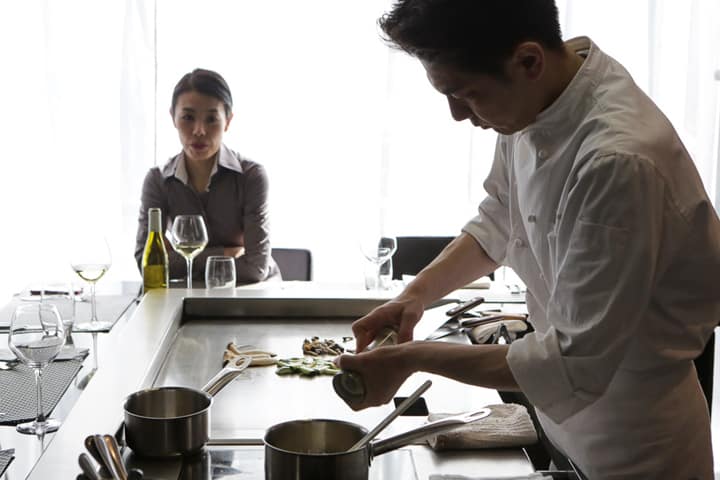 So, next time you just can’t stomach another magret de canard or supreme de volaille, consider Le Concert de Cuisine for a bit of culinary diversion. Book at the counter for a front row seat to Masumoto’s performance and be prepared to take your taste buds on an exotic and fulfilling journey. 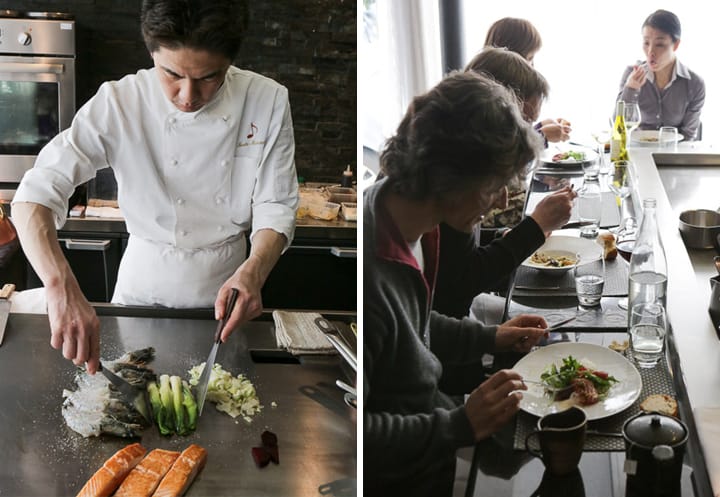 Written by Paige Bradley Frost for the HiP Paris Blog. All photos by Dider Gauducheau. Looking for a fabulous vacation rental in Paris, London, Provence, or Tuscany? Check out Haven in Paris.

Thanks for the great comments! I would definitely recommend reservations for lunch or dinner. It’s quite small and tucked away on a little street (map/GPS needed) and you don’t want to get over there and be disappointed. Enjoy!

Is a reservation required for lunch? Or is possible to pop in and snag a table? Great post! Beautifully written and photographed, my mouth is watering!

what a glorious title to this utterly delicious post – I’m not into Japanese cooking but thanks to this post I’ll be going to eat there – it’s SO convincing, honest and beautifully photographed – really, this is blogging at it’s very best 🙂
BRAVO and to us all BON APPÉTIT
Kiki

That food looks and sounds absolutely delicious!!…I would love to give it a try!…xv