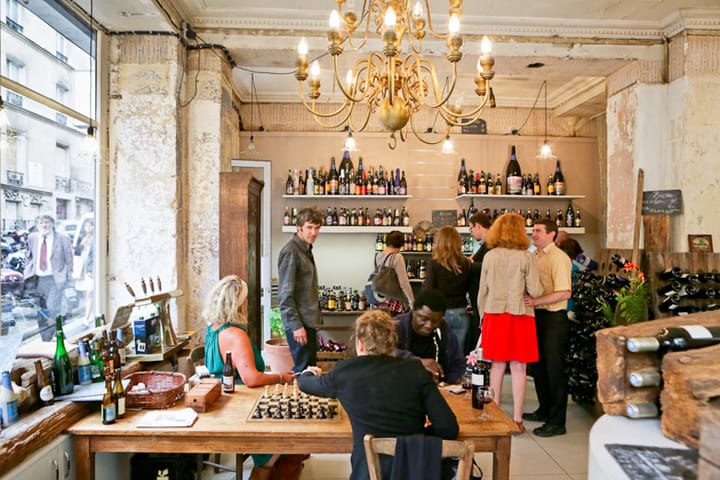 The increasing popularity of craft beers in bars across the capital brings a welcome change to the watered-down pints of 1664 or Kronenbourg that are typically served in Paris bars and cafés. Now more and more of the city’s watering holes are opting for higher quality quaffs, both from France and abroad.

While beers from Brooklyn Brewery and other American and English brewers are becoming common at Paris bars, some of the most interesting beer options are homegrown. A selection of bars, founded by and for beer lovers, specialize in locally brewed, artisanal beers. Here are a few favorites: 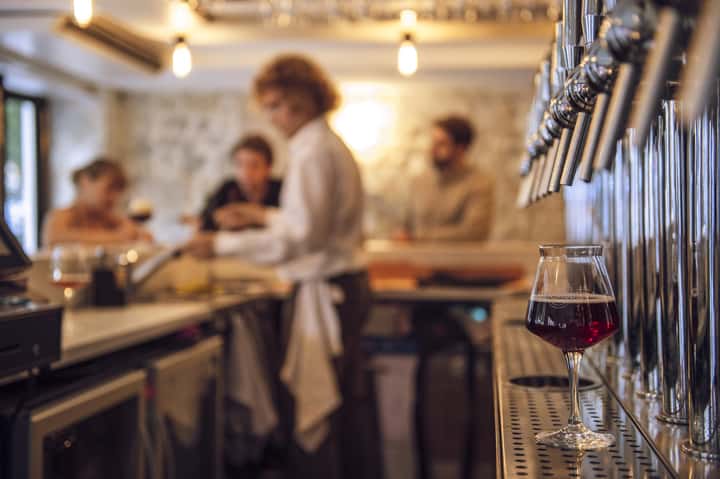 Le Supercoin– This neighborhood bar located off the beaten path in the 18th arrondissement brings locals together to cheer on the city’s football team, enjoy a relaxed weekday drink while listening to Belle and Sebastian, or take part in a monthly tournament of the classic French card game Belotte. 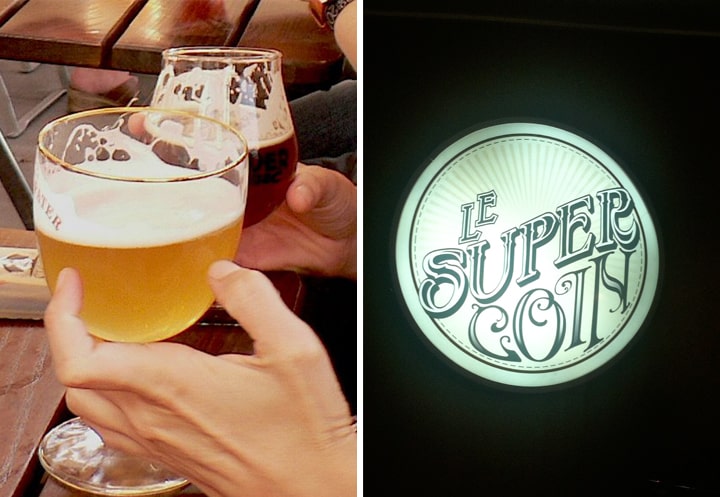 What sets Le Supercoin apart from other beer bars is that it is the only one to stock exclusively French microbrews. From beerophile’s sweetheart Craig Allen’s masterful brews to a selection of Ile-de-France brewed beers, Le Supercoin is the perfect place to discover the world of French artisanal ales, IPAs, and stouts. The bar also serves as a showcase for the neighboring Brasserie de la Goutte d’Or, hosting avant-premières for experimental and small batches made at Paris’ only brewery. 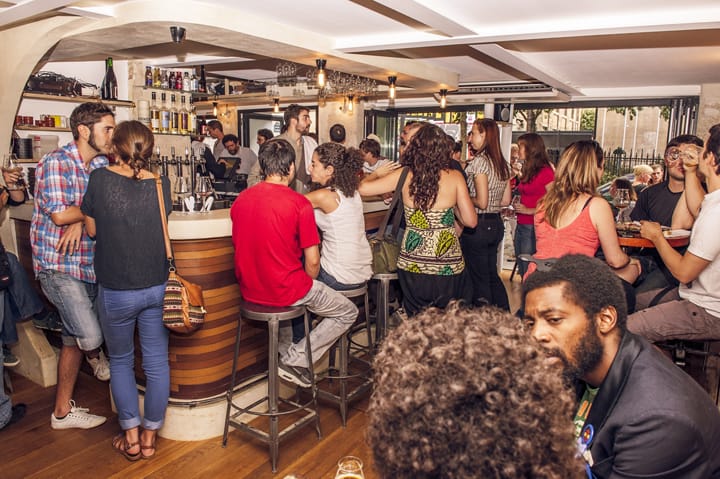 Express de Lyon – Don’t judge this bar by its façade- or do, because that makes what lies inside Express de Lyon an even more pleasant surprise. Located in a PMU, or bar where bets on horse races can be made, the unassuming exterior is a doorway to a dizzying selection of craft beers. Enjoy a rotating menu of French and foreign microbrews, including beers from Scotland’s Brewdog, Magic Rock in England, and Danish brewery Evil Twin. 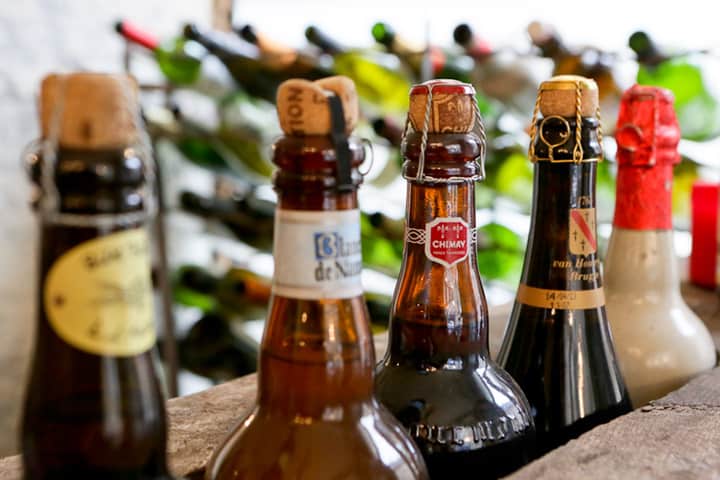 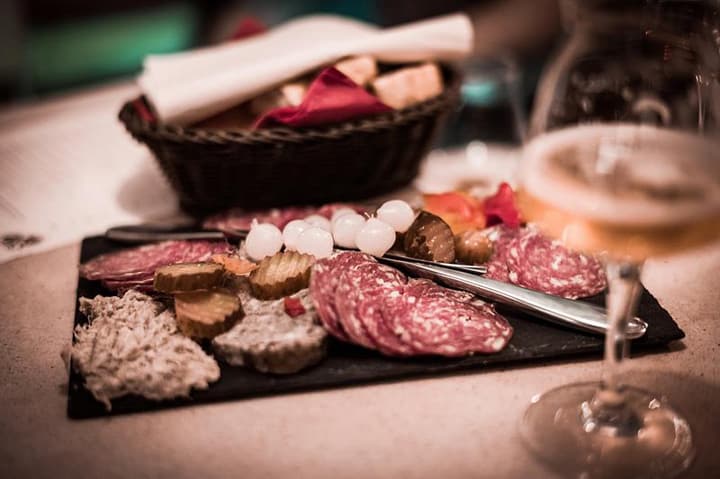 Les Trois 8 – The newest bar to roll out the microbrew barrel, Les Trois 8 is worth a visit for two reasons: their carefully curated selection of craft beers and their inclusion of natural wines alongside artisanal beers on the menu. Between pints of hoppy IPAs and bottles of unfiltered natural wines,  Les Trois 8 offers options for both the beer lover and wine drinker. 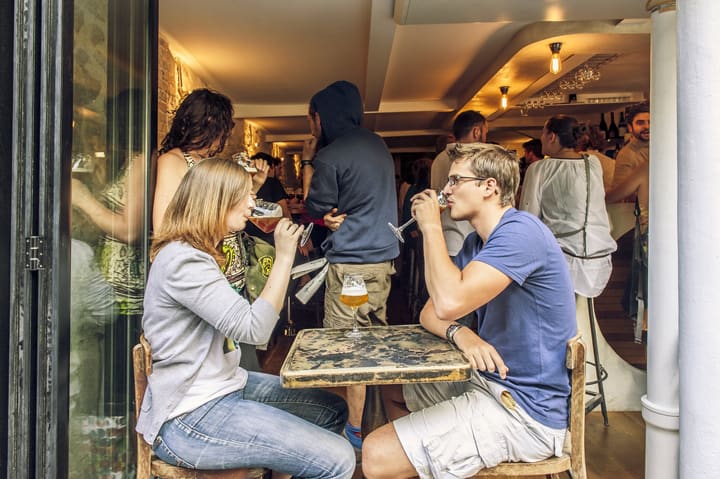 If you’re looking to take some French microbrews home with you a number of shops have locally brewed bottles in stock, including People’s Drugstore in Montmartre and La Cave à Bulles, which features a wide selection of beers from Ile-de-France breweries. Another option is to go straight to the source and put together a six pack at the Brasserie de la Goutte d’Or, where you can also order an entire keg for an upcoming house party or event. 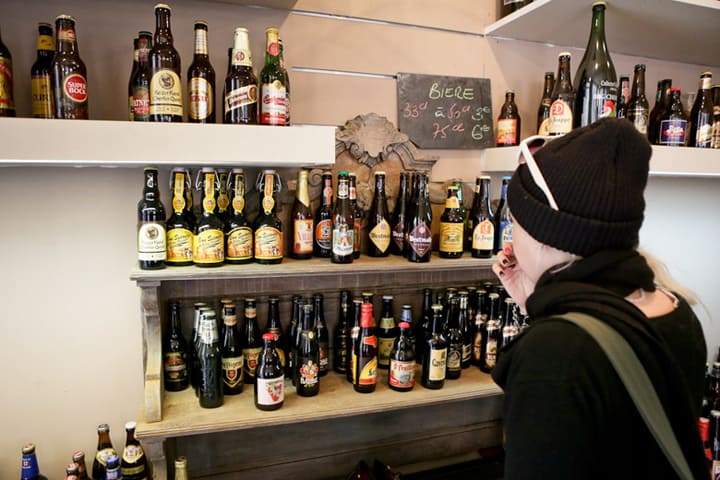 Adventurous beerheads can try their hand at brewing their own by signing up for Montreuil-based brewery Zymotik‘s beer brewing workshops. During the 4-hour class you will learn the basics of beer brewing as well as prepare your own small batch of beer to take home and share with friends! 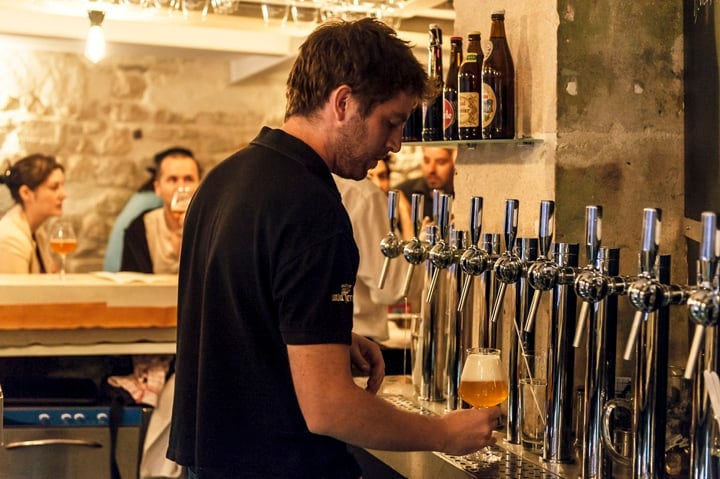 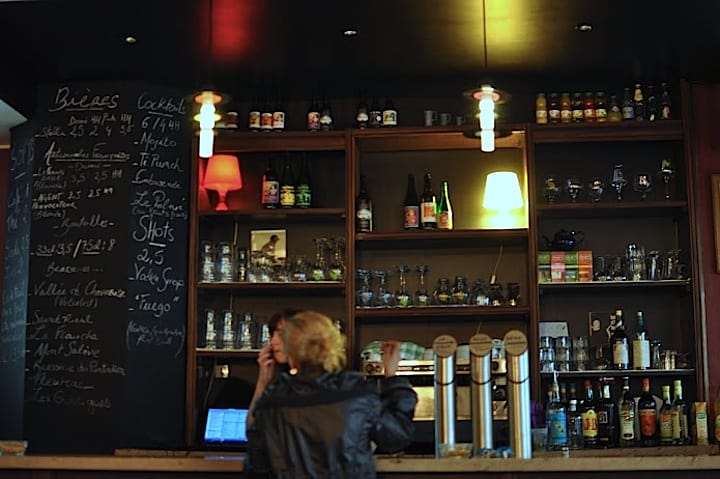 Written by Emily Poulain for the HiP Paris Blog. Looking for a fabulous vacation rental in Paris, London, Provence, or Tuscany? Check out Haven in Paris.

I am actually going to Paris in September so will have to try and check out some of these places. They all look wonderful!

Thank you for sharing this. Of course, I love to drink wine when I’m in France, but hidden gems like this, especially depending who is with you, are awesome finds!

Gosh I wish I had this article to go by when I was in Paris last time. Literally the only thing that disappointed me while I was there was the seemingly horrid beer selection… the choice between blonde and dark doesn’t quite do it for me! Haha, I’ll have this list on reserve for next time though that’s for sure!