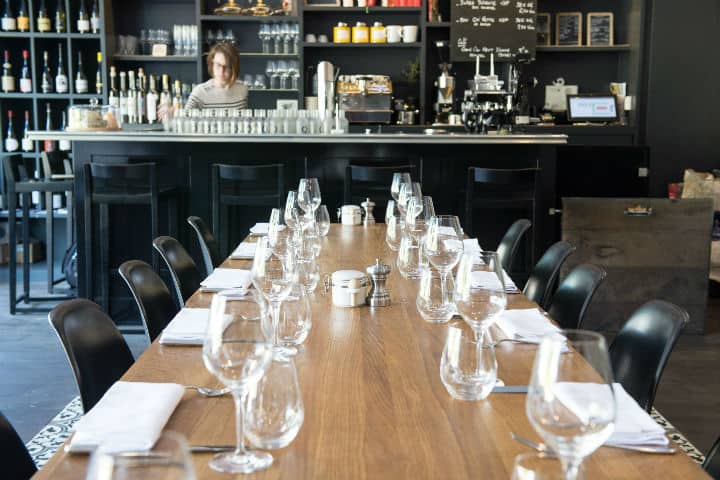 It’s seems that Boulogne, a relatively staid suburb of Paris, is becoming spunkier as a different breed of establishment seems to be seeping into the area. Concept stores, pizza joints with NYC aspirations, a combo cookie shop/tattoo parlor and the like are making a bit of a buzz that has caused some to liken the area to the “Brooklyn of Paris.” 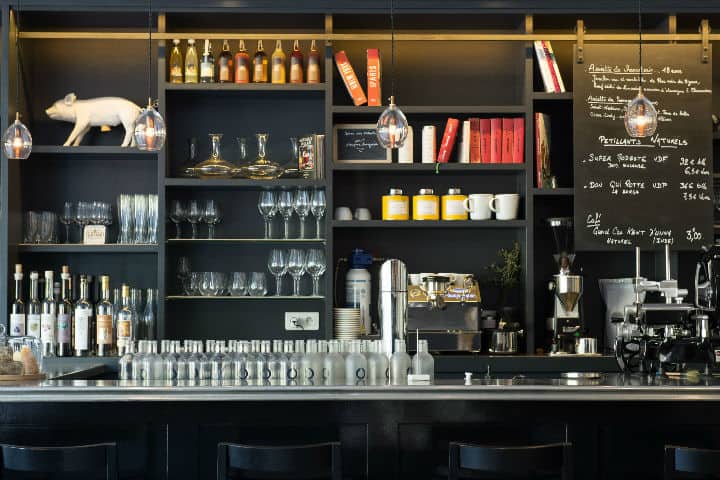 Never having lived in Brooklyn, but being very aware of its use as a trendy descriptor (one of which I’ve been guilty myself), I asked friends who have lived both in Paris and New York for their take on this latest cultural comparison. I received some interesting and enlightening responses like: “Boulogne is by no stretch of the imagination ‘The New Brooklyn.’ One might, with a little reach, say it is trying to become Williamsburg-wanna-be-sur-Seine.” 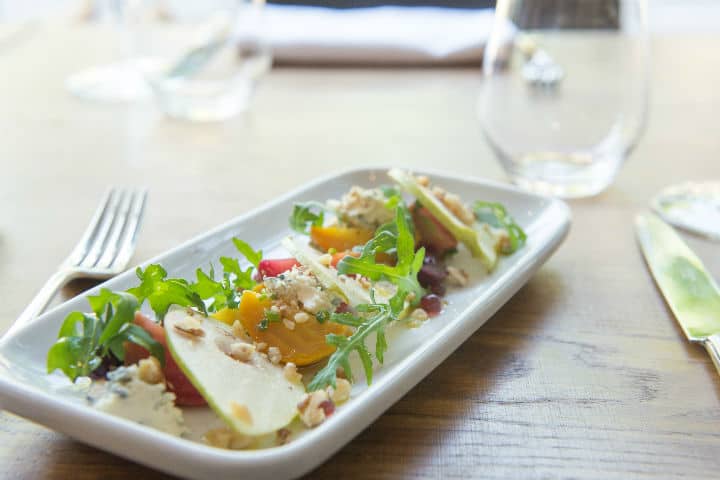 “The part of Boulogne where I worked was not very Brooklyn. I’ve been to one house party in a cool loft and now having walked through Caroll Gardens, I can see a bit of a resemblance, but not much.” one friend stated. 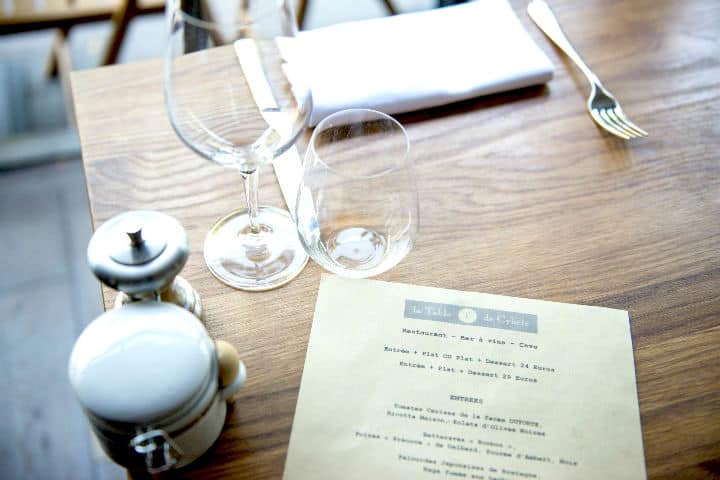 “I’d say that on a global level, Brooklyn is generally inspiring. But there isn’t anything really Brooklyn about Boulogne. On the one side: digital agencies bring hipsters out to the ‘burbs and there are some restaurants that accommodate them…bio quinoa salads and coco water. What it lacks is culture. There isn’t any real culture here. No art. No cute little shops. No artists’ workspaces. No galleries. It’s completely devoid.” they continued. 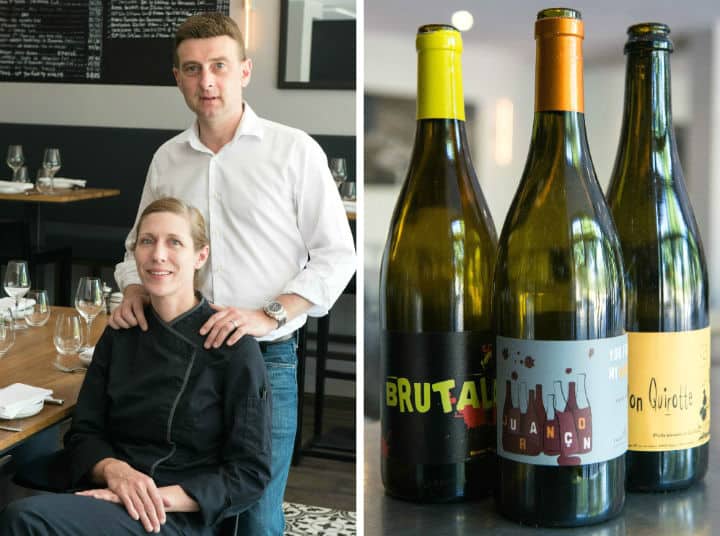 Now the particular source that kicked off this Brooklyn versus Boulogne question for me happens to be the owner of a pretty fantastic little Boulogne-Billancourt based restaurant and wine bar, Table de Cybèle. 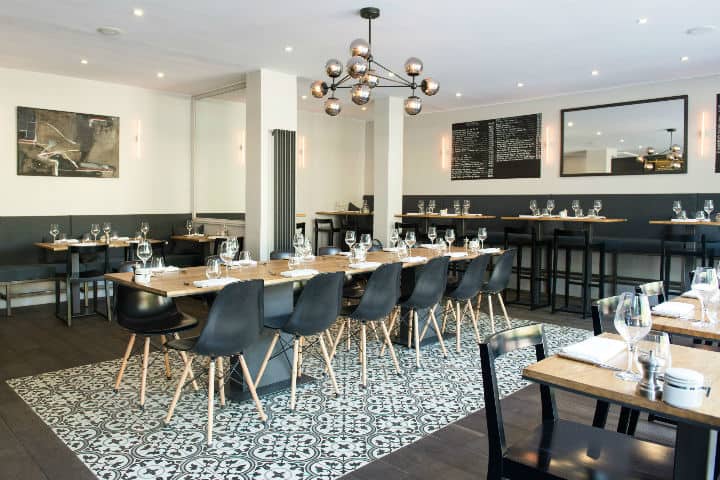 Cybèle tells me that they set up shop in “what is being referred to as the new Brooklyn of Paris. It’s still a couple years out but it’s already a cool little community and we are very happy that we persisted with this particular space.” 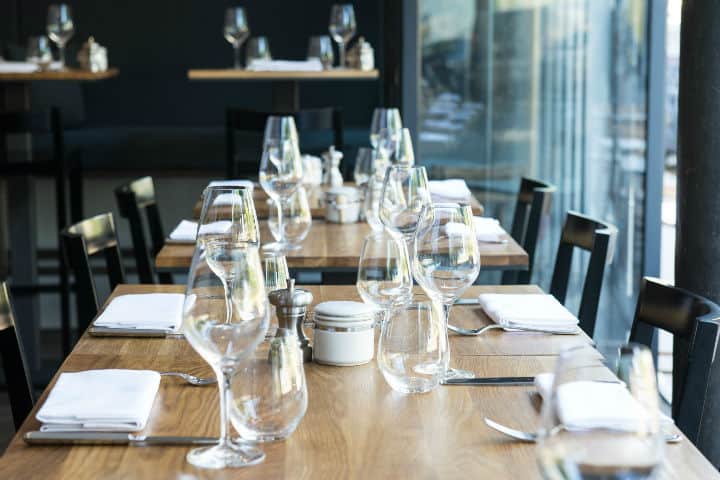 So while I don’t know Brooklyn and Boulogne can be fairly compared, I do know this: la Table de Cybèle is worth the trip across the périphérique. 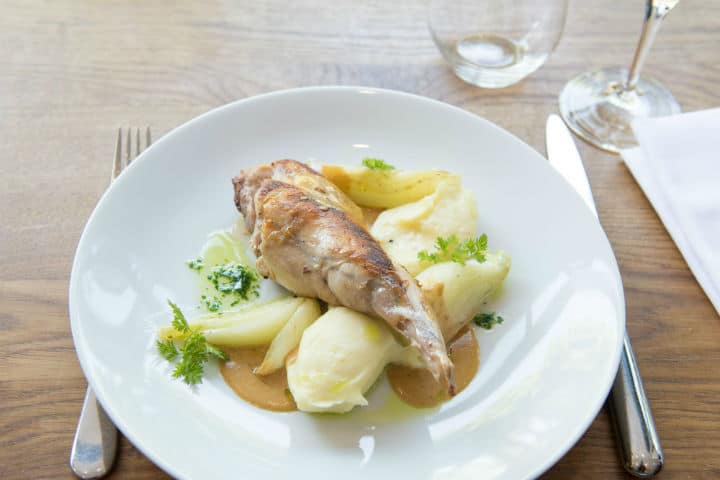 The first time I sat at Cybèle’s table was in a search for underground dining or hidden supper clubs. Cybèle and her husband put together an impressive private meal for our group of adventurous gastronomes from near and far. I was impressed by both its luxury and quality, so was happy to hear they had plans in the works for an official restaurant. 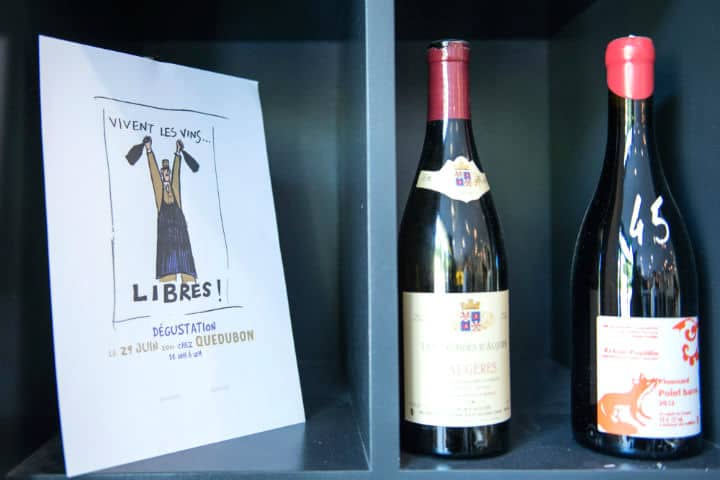 And fortunately those plans panned out. Table de Cybèle is a welcomed addition to the neighborhood. It’s open, airy, and bright with clean lines and large windows. The ambiance works for a couple wishing to hide away in a corner for a romantic evening as well as for larger groups. A few tables fill the sidewalk in front making for pleasant summer meals too. 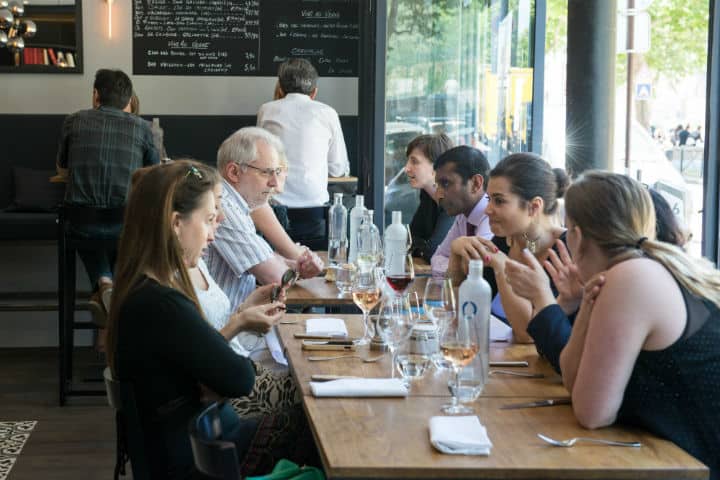 At lunchtime, Cybèle offers up a nicely priced menu (24 Euros for 2 courses, 29 for 3 courses), while evenings are reserved for more convivial small plate dining. I’ve been in for both meals, which are equally satisfying in different ways. On one occasion, I enjoyed a leisurely lunch with a girlfriend (one of the friends quoted above). The typical menu provides just the right amount of food to stretch things a little longer than usual if you’re enjoying the company, but service is quick and conscientious enough to hustle out faster if you’re on the clock. 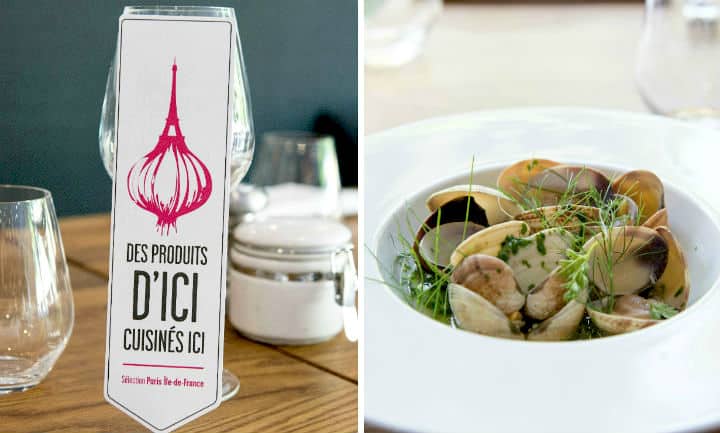 The evening’s shared plates are a fun option for dining with friends or squeezing into the communal table in the center of the restaurant. On either menu you’ll find fare like ricotta gnocchi, creamy polenta, pork that’s tender inside and delightfully crispy outside, house terrines, thinly sliced charcuterie, and a great selection of cheeses. 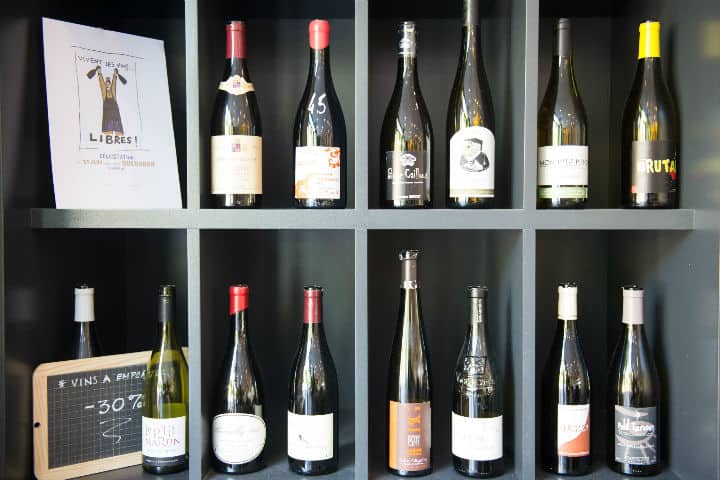 Cybèle maintains her enthusiasm for and insistence on fresh ingredients and farm-to-table practices that define her culinary style. She has direct contact with all of the farmers and fishermen and takes pride in the resulting quality of her finished products. The insistence on quality extends to the wines as well, with a focus on artisanal, organic, and biodynamic. With Cybèle’s husband, Frank, at the front of the house, you can get a recommendation on something to drink from their selection of more than 80 wines. Unusually, customers can order any of these wines by the 50 cl carafe. The remainder from the pots allows for a constant rotation of options by the glass. 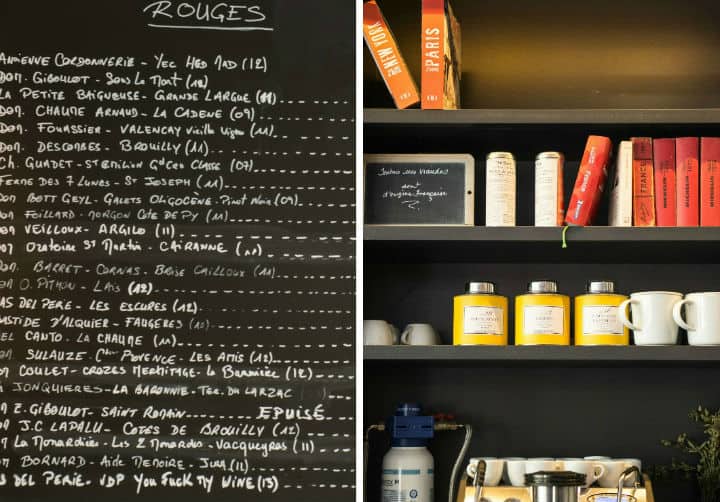 There are a lot of things at play at Table de Cybèle that can be considered on-trend in Paris at the moment: small plates, natural wines, underground dining gone above ground, and foreigners (especially Anglophones) making a splash on the Parisian food scene. But to think that Table de Cybèle is simply successful due to trends or gimmicks would be missing the point. Cybèle brings sincerity and soul to her cooking that make it something more, something worth emulating. So, maybe someday we’ll be hearing that, “Brooklyn is the new Boulogne.” 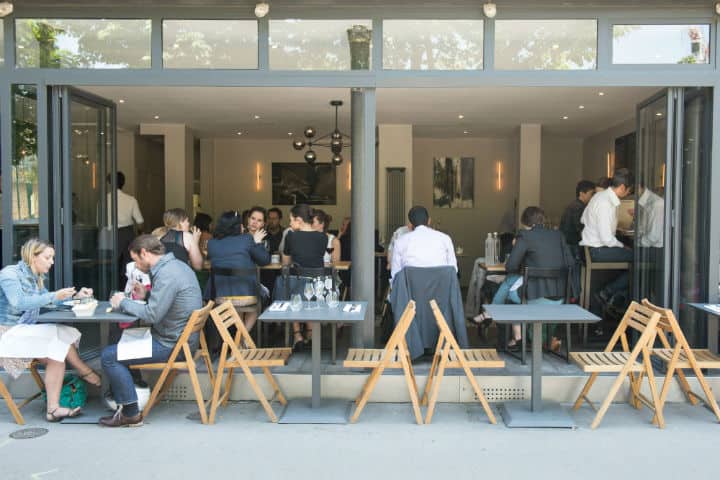 Written by Forest Collins for the HiP Paris Blog. All images by Palmyre Roigt. Looking for a fabulous vacation rental in Paris, London, Provence, or Tuscany? Check out Haven in Paris.