Navigating the real estate scene in France can be tricky — even more so when you are unfamiliar with the labyrinthine bureaucracy and unusual quirks the French can be known for.  Adrian Leeds, who specializes in helping Americans negotiate the market to secure their dream pied-à-terres in France,  just recently ventured into the market in Nice. She shares a few anecdotes  from her colorful experiences here. -Geneviève 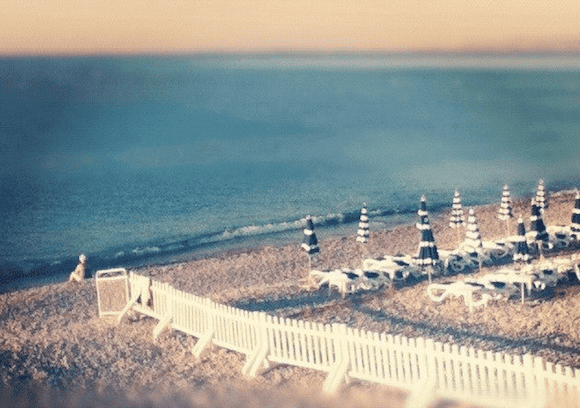 The beach in Nice: Marisa Williams

Years ago I set my eye on the goal of purchasing a “pied-à-terre” in Nice for a long list of reasons:

1. Nice is nice. Let’s face it, it’s the Riviera, the Côte d’Azur, the land of the rich and famous with the blue Mediterranean Sea, balmy weather, palm trees and Italian flavor. What could be so bad?

2. Property in Nice and its environs is increasing in value on a steady basis. With an international airport and an active port, the blue coast is France’s second hotspot after Paris. This makes Nice, and just about all of the coast, an excellent real estate investment. 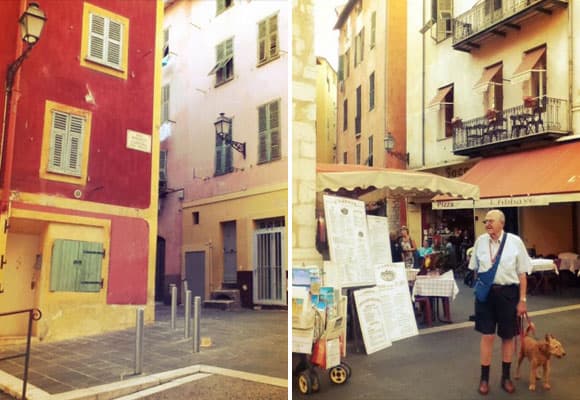 3. R and R…the moment one lands at Nice’s contemporary and easy airport, and you head toward Nice down the Promenade des Anglais under the swaying palms with the sea at your side, the stress just melts away. Traveling to Nice from Paris is fast and inexpensive, making weekend getaways about as easy as it gets — a perfect antidote to the cold, gray, rainy winters in Paris.

4. Rental potential of vacation apartments, particularly for the North American market, is ripe for business. While the British and Italians are well served by their own compatriots, Americans have been overlooked. Americans want and expect a higher standard of luxury and service than their European counterparts know how to provide. From a business perspective, Nice was looking awfully nice. 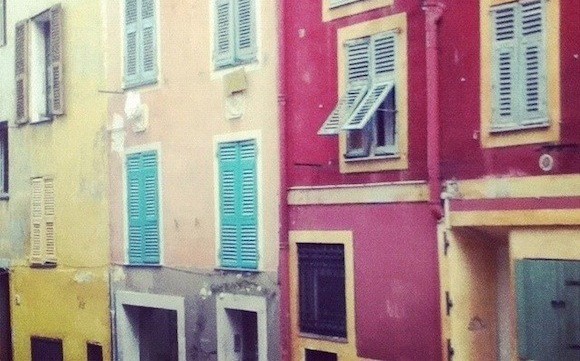 But, I discovered that doing business in Nice isn’t so nice. The Niçois have their own way of doing things, very different from Parisian style, and that takes some getting used to. After a few rough bumps, I decided that the fifth reason for purchasing there was, in fact, to pave the way for Americans and to protect them along the way, allowing the burden to rest on my shoulders instead of on theirs.

In one personal situation where the purchase was retracted during the 7-day cooling-off period known as the “délai de rétractation,” instead of hoping to recuperate the loss of the purchase by offering more properties (an American approach to keeping the client), the seller’s agency actually issued a letter in writing saying: “Dear Madam, We do not believe at all in your good intentions and are sure that even if we had business to propose, we would propose it to everyone but you. Good riddance!” 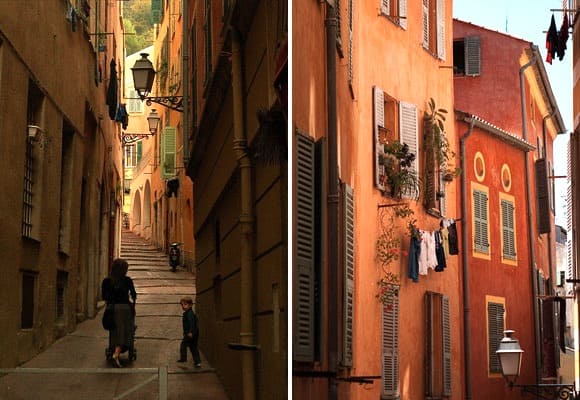 In another, the Notaire representing the seller became exasperated with the final negotiations between buyer and seller and actually refused to stay and assist her client, leaving both the buyer and seller on their own to complete a few final decisions and review the complicated pre-sale agreement without her mediation, stating, “When you’re ready, I’ll send in my secretary for you to sign!” (Isn’t it her job to be legal advisor and mediator!?)

In yet another, after receiving a full-price offer in writing by a willing buyer, the seller tried to reduce his capital gains tax from the sale by claiming to have another buyer willing to pay him cash ‘under the table’ — an illegal transaction in France. While this is done, it’s not so openly ‘tossed around,’ given its illegal implications. 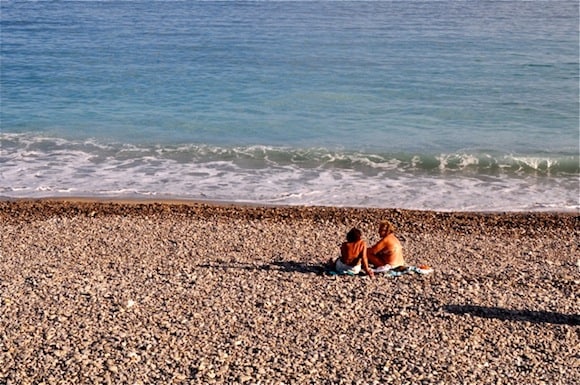 The main beach by the Promenade des Anglais in Nice: Erica Berman

Recounting these trials and tribulations is not meant to scare the would-be buyer, but to emphasize that an investment can be made in Nice with great confidence, as long as it’s done with professional help that acts on behalf of the buyer to protect him or her.

After much deliberation and trial and error, I’ve purchased an apartment in Nice, in the district known as the “Carré d’Or” — just a short walk to the beach on a pedestrian street of the city’s chicest shops. One of our clients is purchasing the adjacent apartment and by the end of 2011, we will have two luxury apartments to accommodate a total of 10 people in a beautiful “bourgeois” building ready to accept guests.

This is just the beginning of a new and exciting adventure on the Blue Coast of France. 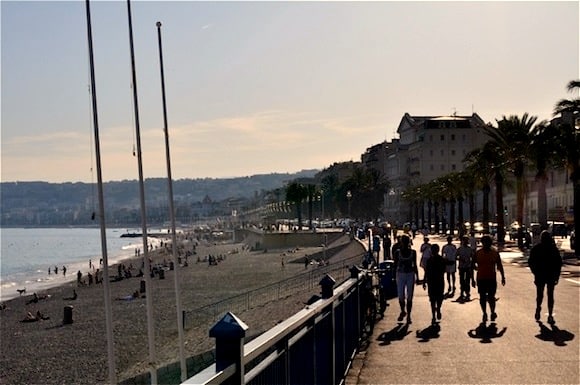 Written by Adrian Leeds  for the HiP Paris Blog. Looking for a fabulous vacation rental in Paris, Provence, or Tuscany? Check out Haven in Paris.

The answer to this: “Does anyone have advice on how a nonresident American can open a French bank account? I would like to purchase an apartment in Paris but have been told there is a recent American law forbidding foreign banks from allowing Americans to open a bank account. Without a French bank account, I don’t see how I can transfer funds for the purchase or monthly utilities after the purchase. Suggestions?” THERE IS ABSOLUTELY NO ISSUE WITH YOU OPENING A BANK ACCOUNT!!!! Perhaps there is a bank that no longer wants to deal with Americans, but there are tens of thousands of Americans who do and I can arrange an account for you with a number of banks very easily. See me for your property and for your bank account! Adrian

Ha! Not surprised that someone living in Cannes would view Nice as ‘beneath’ them…but they obviously haven’t experienced the Nice of today! And would realize that property investment in Nice and the return on investment is far greater than in all the other adjacent cities and towns…plus Nice is progressing beautifully both physically and culturally. It’s a delight and pleasure and is central to all parts of the Riviera. If you want luxury a rental experience or advice on investing in Nice, please do contact us!! Adrian Leeds, AdrianLeeds.com

Thank you for your “insiders” information on purchasing property in Nice. I went with my husband and children several years ago, and often dream of living there in the Winters.

Living in Chicago, we appreciated the slow-paced lifestyle, beautiful beaches, sunshine and delicious food! We stayed at the Negresco Hotel which was opulent and lovely.

We hope to rent in Nice long term during the Winter and Spring once my husband retires.

Thank you for sharing!

Nice is nice … but who thought it would be so daunting to buy a place there? It makes Paris look like a piece of cake.

To add to my earlier comment: Congratulations to you on your perseverance and success, Adrian! Here’s hoping that your efforts do indeed pave the way and make the prospect of purchasing in Nice a nicer experience for interested Americans.

After having spent two weeks there this fall, I can say without hesitation it’d be nice to own in Nice. That said, not sure I’d be up for the trials and tribulations of securing a property there. Though, never say never!

Also…re: Marie’s comment: I love Nice SO much more than the smaller cities along the coast! So much more going on and so much easier to access. I’d much rather live in Nice–I think you made the right choice 🙂

Best of luck! My (American) parents rent an apartment in Nice about once a year, and looked into buying there, but were put off by the complications of doing business in Nice. I lived in Nice for seven months last year, and still think it might be somewhere I’d like to invest in the future–obsessed with Rosa’s apartment in the heart of Vieux Nice!

Hyeres is also very lovely! I agree, there are beautiful towns outside of Nice, especially further north, a little way from the coast.

Nice is situated on the Riviera, but it’s not really “the riviera”. Anywhere else along the coast – Cannes, St Tropez, Theoule, Cap Ferrat, Cap d’Antibes, Eze, St Paul de Vence, is SO much nicer. Why anyone would get a property in Nice is beyond me. Their crime rates are awful, the beaches polluted and the population is certainly not the wealthy and famous. Coming from someone who lived in Cannes for several years – do not get a property in Nice.