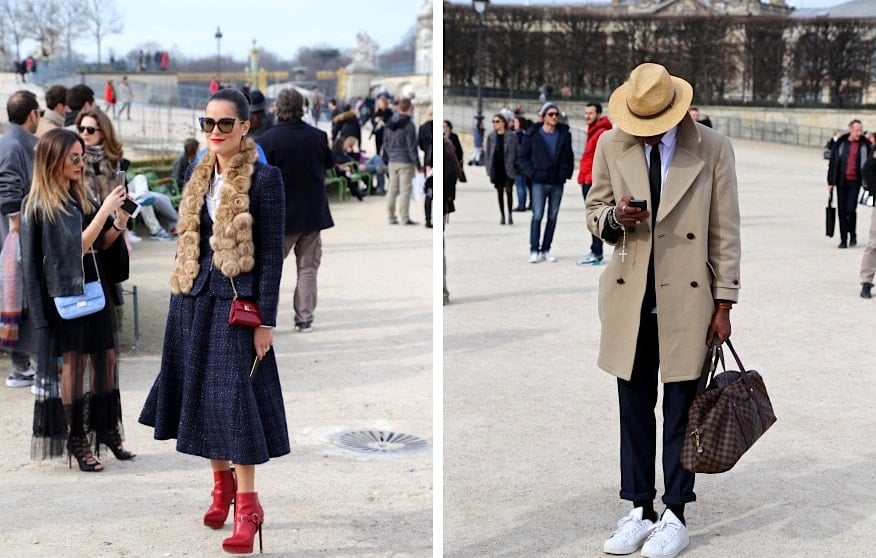 I’m fairly certain the entire quartier heard my squeals of joy when I opened my mailbox to find invitations to Paris Fashion Week resting inside. Rather than watching fashion’s elite strut by from one of the reclining chairs in the Tuileries, I was going to be one of them. Paris Fashion Week was here, and I had arrived.

After almost a decade of watching Project Runway, and obsessively re-watching The Devil Wears Prada, I thought I was primed and ready. However, while waiting to have my bag inspected at my very first fashion show, I began to have my doubts. The security guard smirked at me as he inspected the contents of my bag and I had to face the facts: I was probably the only person here with cookies in their purse. 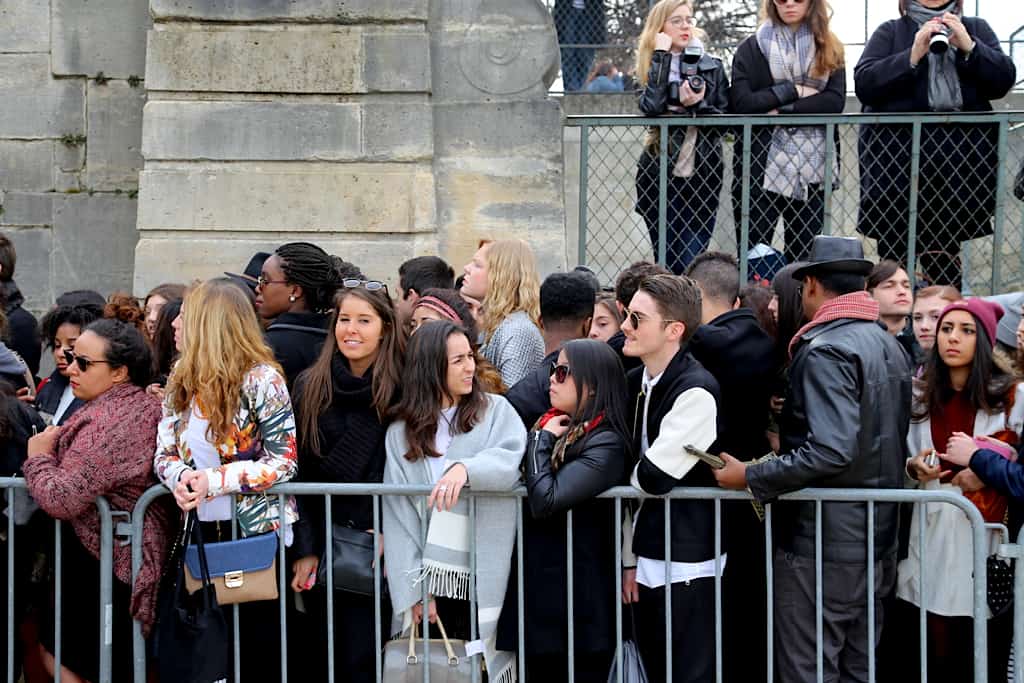 Despite the fact that lateness is practically legend, I mistakenly threw my Parisian circadian rhythm out the window. The invitation said 8pm, and if Anne Sofie Madsen said 8pm, I would be there at 7:30. Wrong. After waiting until just shy of 8pm, we were allowed into the Mona Bismarck American Center, the site of my first show. It wasn’t for another 20 minutes that the assistants began calling out for the front row to uncross their legs to prevent a tripping incident a la Carrie Bradshaw from Season 4 of Sex and the City. 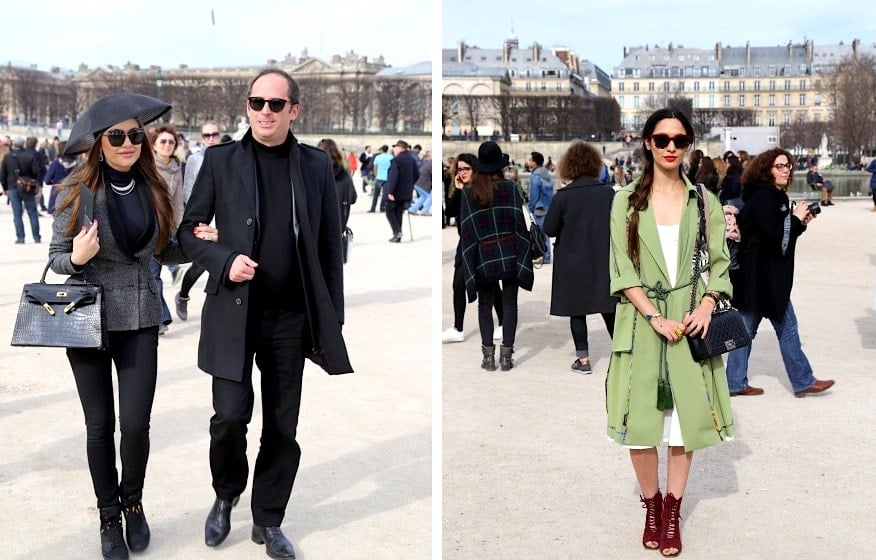 Two days later at the Palais de Tokyo, I had my timetables set straight. I arrived at the appointed time, and was swept away with my fellow attendees. Obviously fashion runs on its own schedule, and these people were tuned in. As I waited the requisite 20 minutes for the show to begin, though, I was more than entertained by my fellow show-goers. 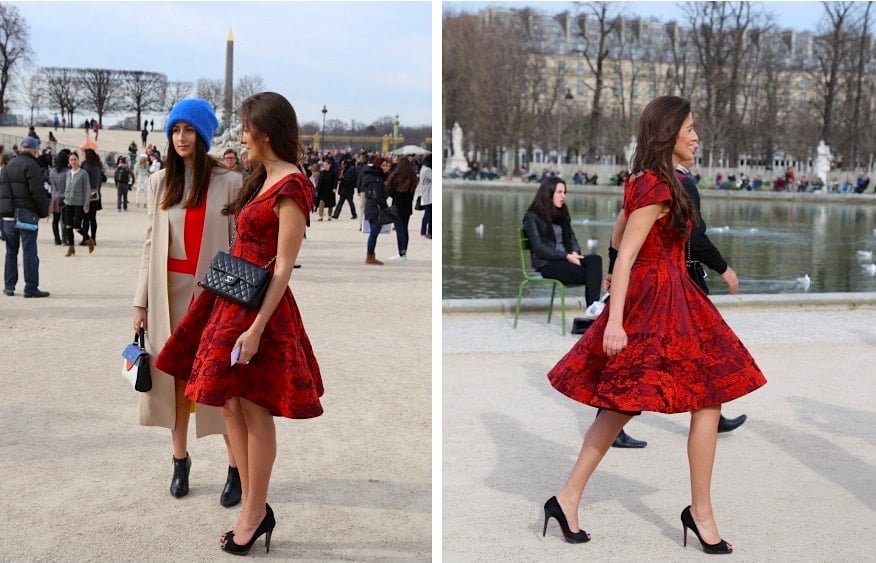 If Paris Fashion Week has taught me anything, it’s that anything goes. Manish Arora’s attendees were almost as colorful as the clothing that strutted down the runway. Half the show might be dressed in classic lines—beige wool coats and simple knee-length dresses—but the other might be sporting ensembles mimicking those you tried on as a child playing dress-up. Heavy furs, sequins, feathers, turbans, bold sunglasses, loud colors, or monochromatic ensembles are seemingly always acceptable. Certainly it’s all about attitude, and these people have it. 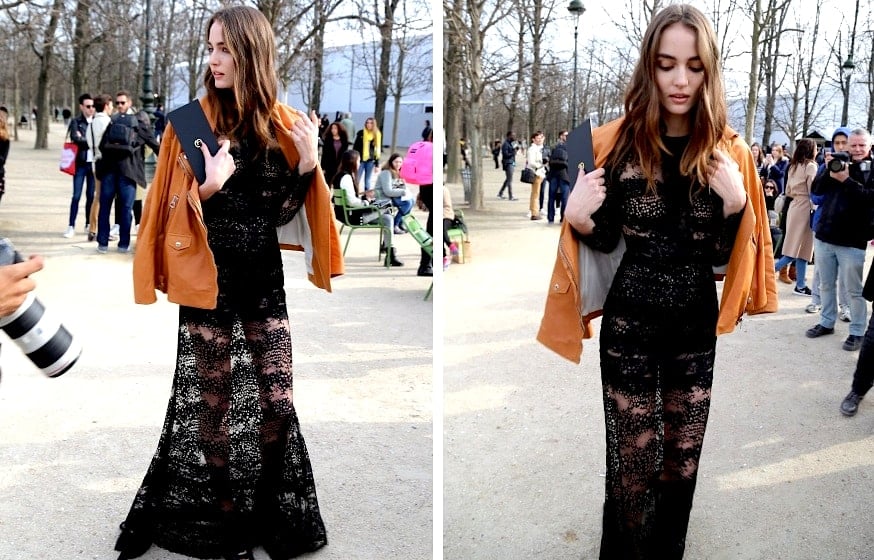 You will be judged. There’s no avoiding the outfit assessment, but it’s easier to swallow visible disdain when you realize that the most critical rarely have invitations. Nonetheless, when the street style photographers asked me to get out of the way of their shot, I decided it was time to buy a dress. Anything goes, but a funky assortment Guerrisol’s finest? Take a pass. I wish I’d done myself a favor and put together comfortable, yet stylish outfits ahead of time, rather than throwing on last-minute choices, leaving me in scuffed black boots, and a less-than-chic mix of black and navy. 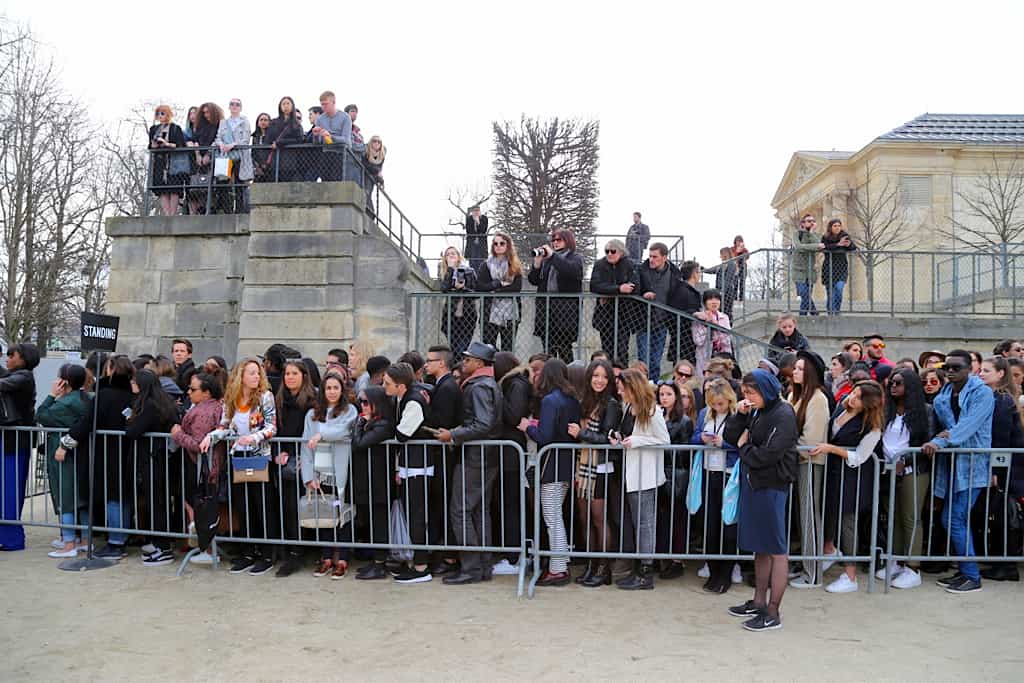 My technical knowledge of fashion, fabrics, and silhouettes remains limited at best, but my appreciation? Boundless. It may seem like a non-sequitur to describe Gosia Baczynska’s Frankenstein-inspired collection as exquisite, but few other words come to mind. I was stunned by the fabrics and cuts she used, but struggled to describe them. Indeed, the range of the collections was impressive. Anne Sofie Madsen’s time-travel inspiration channeled her designs, which ranged from sheer-paneled dresses to armor-esque pieces full of cut-outs; whereas Rahul Mishra’s inspiration, from the village he grew up in, showed itself in detailed embroidery that graced each piece in his collection. 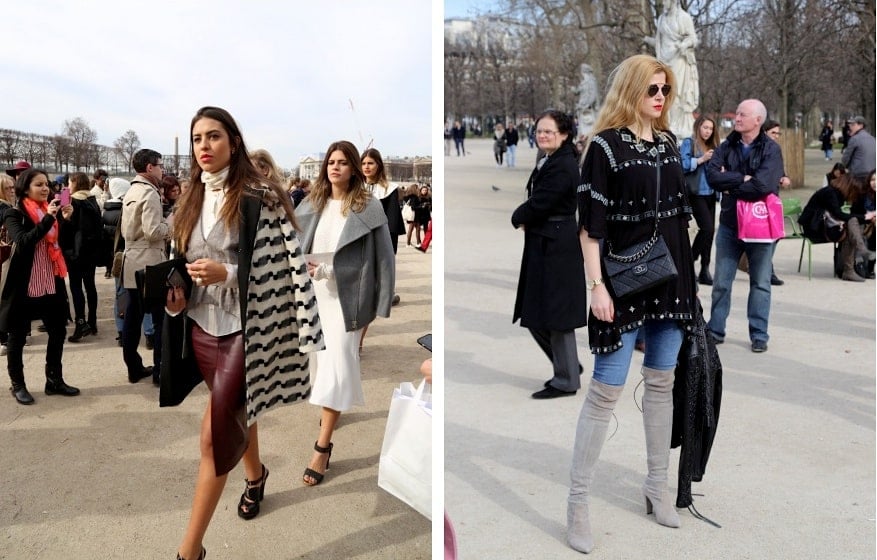 But as Paris Fashion Week wound down, I felt I had to admit defeat. For all my desire to blend in with the stylish people I rubbed elbows with, I was far more of a Fashion Outsider than an Insider. But by standing out, I made connections I might have missed by blending in with the crowd. After five fashion shows I met several contacts, mostly because I clearly had no idea what I was doing, but I was having the best time trying to figure it out.

Written by Lauren Sarazen for the HiP Paris Blog. Images by Casey Hatfield-Chiotti. Looking for a fabulous vacation rental in Paris, London, Provence, or Tuscany? Check out Haven in Paris.

Let’s be real–this budding fashionista needs her cookies. They were Petit écolier Lu!

Thank you for reading!

Perfect. The time element is a biggie. Hurry up and wait. And then the show is over in a blink of an eyelash.
The real show is outside IMHO.
What kind of cookies?
Why didn’t I think of that?

We are very proud of you for surviving and reporting back to us! Bravo Lauren – Erica

What a cute and fresh perspective on Paris Fashion Week. I have always wondered what it must be like. I’m sure I would have cookies in my purse and squeal with joy as well should I ever get to go!