Brew Unique: Brewing Your Own Craft Beer in Paris 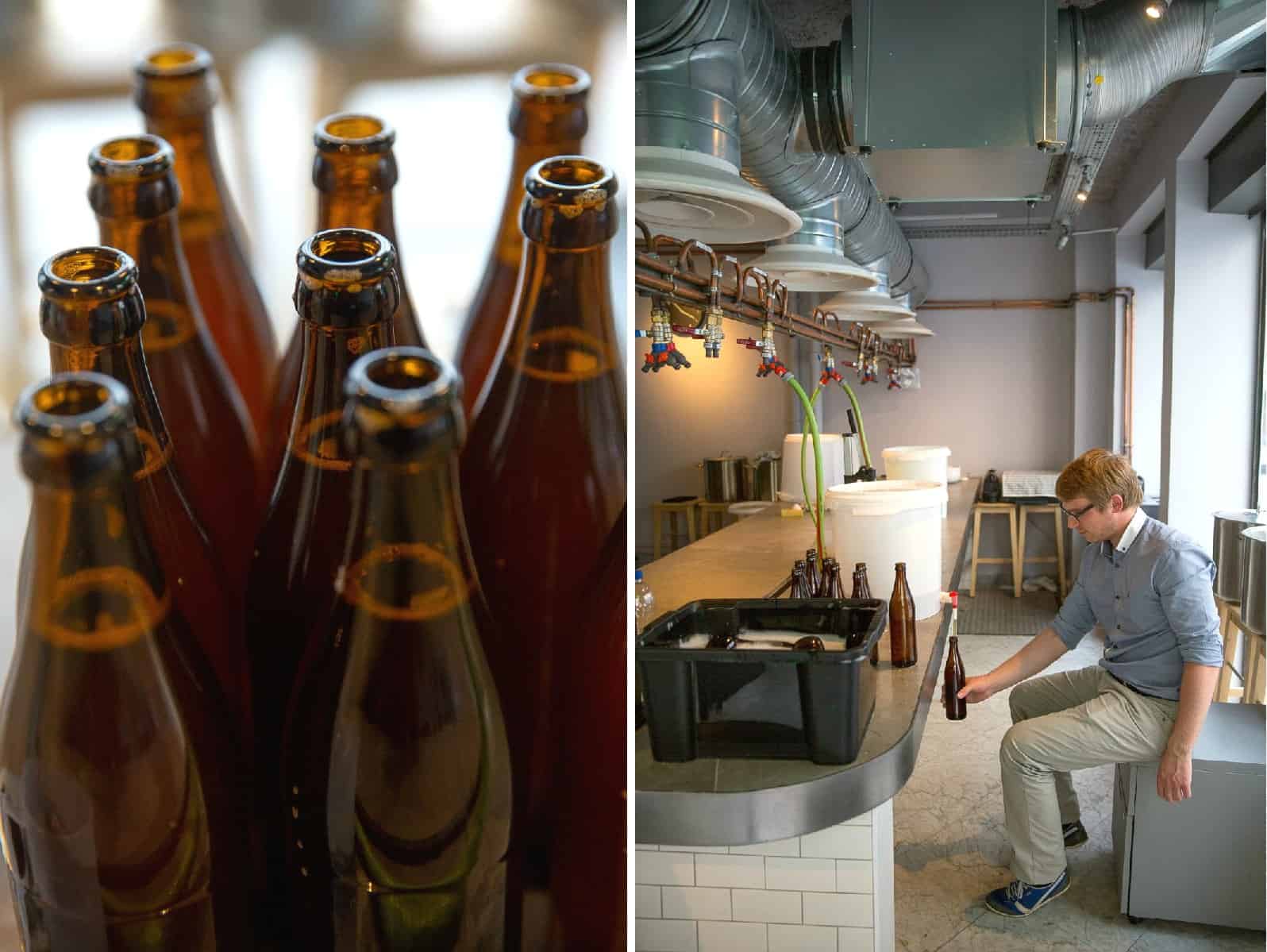 Has all this talk about craft beer got you thinking about brewing your own? Maybe you already know your way around a malt sack, but home brewing is a little tricky in a tiny Paris studio, where the shower is also the kitchen. Whether you’re new to brewing (or even beer), or just looking for a comfortable place to test out new recipes, Paris now has a space for novice and experienced brewers alike: Brew Unique, the city’s first brew-on-premise location. 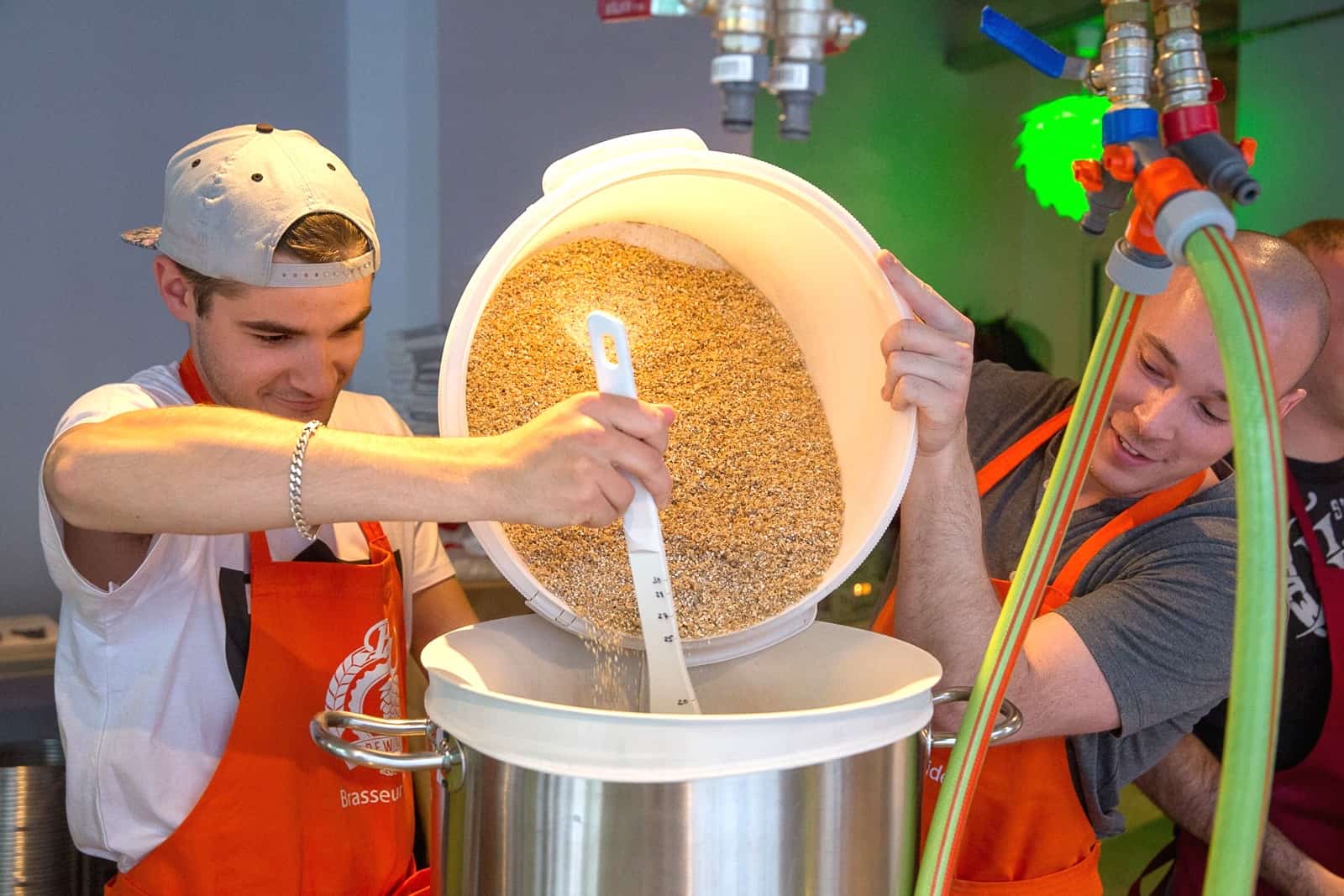 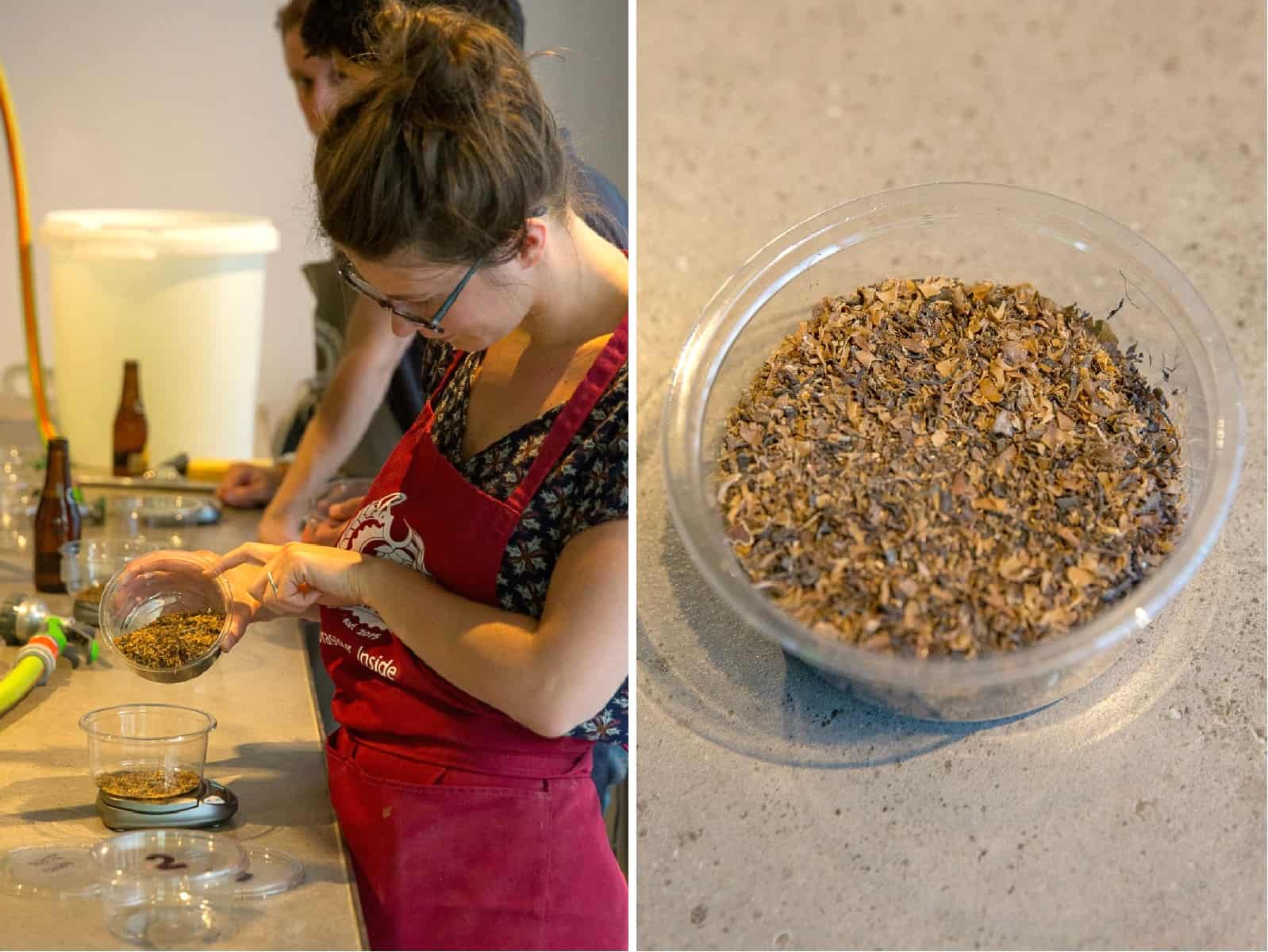 Just a short walk from Sentier, in the shadow of Le Rex, Brew Unique is a fully functioning brew kitchen and pantry. Ten cooking stations occupy the ground floor, while the second and third floors house brewing ingredients and provide storage for beers-in-the-making. 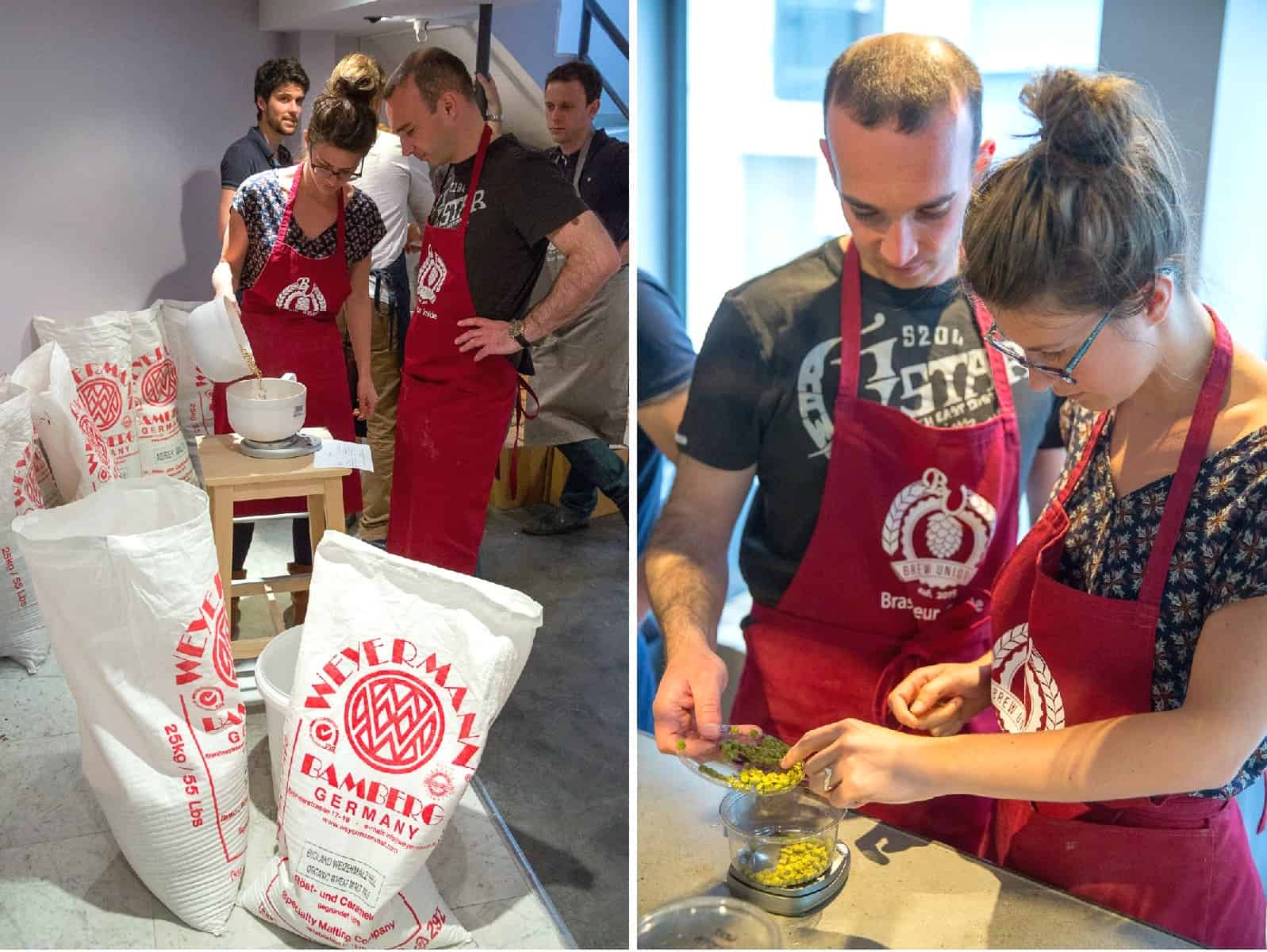 Behind the project are Mike Gilmore, former head of brewing operations at FrogPubs, and Simon Thillou, owner of La Cave à Bulles, Paris’ longest-standing beer store and home brew shop. When Simon’s brew supply orders started picking up a couple of years ago, he knew the city was ready for the next step. With Mike onboard as partner and head brewer, the two set out to find a location and work out the details. 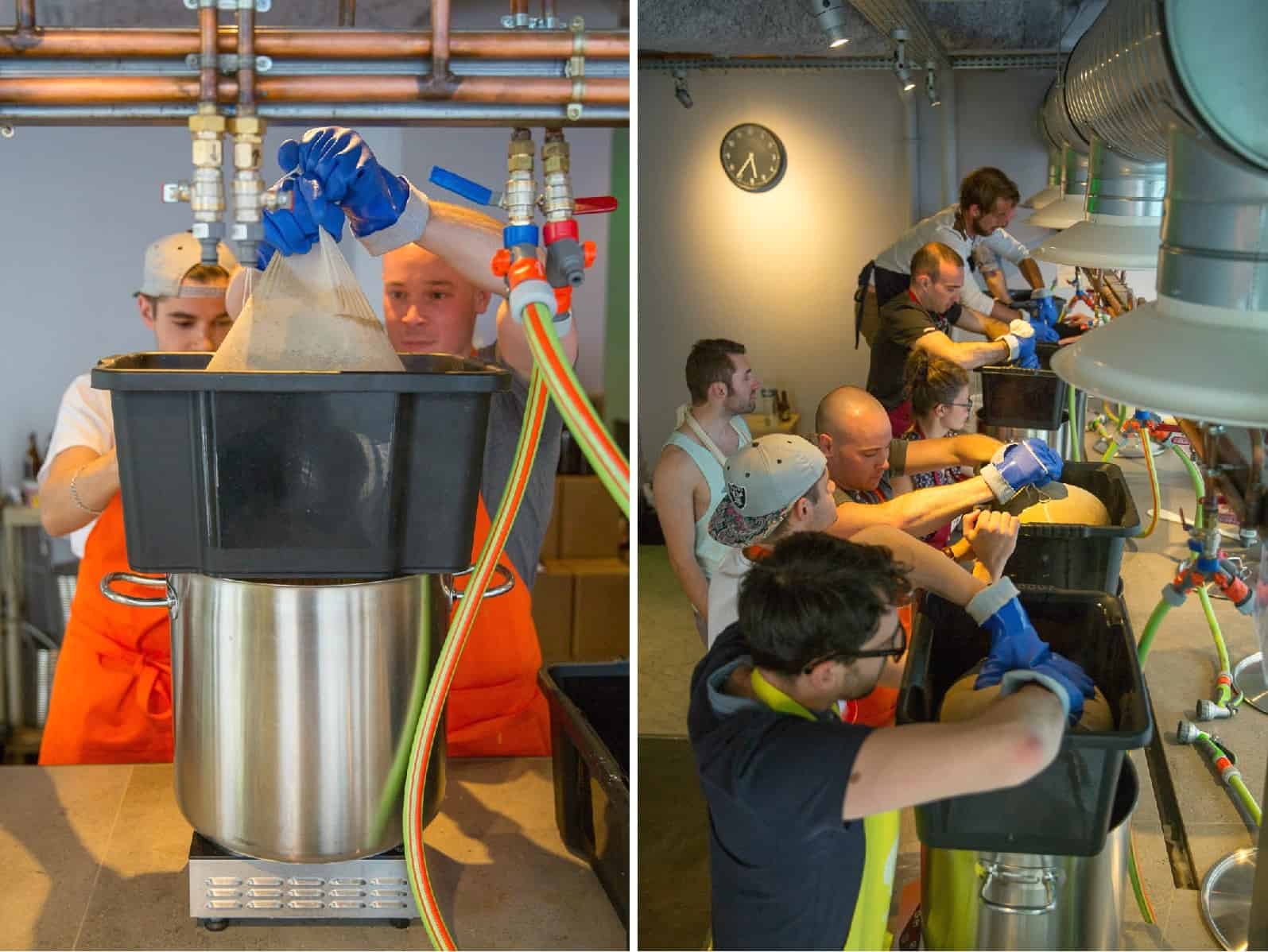 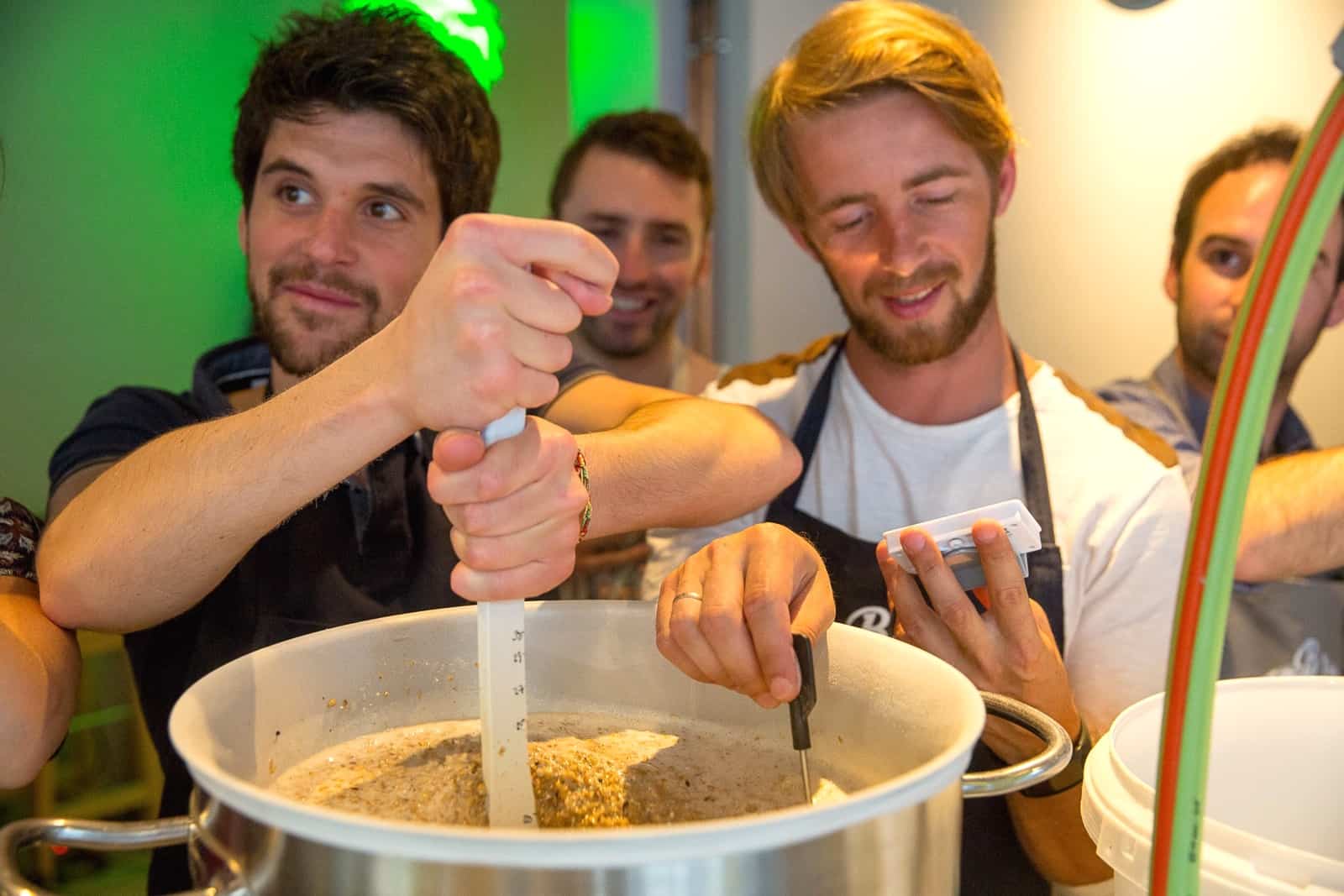 “We want to be the image of home brewing in Paris,” says Mike. At Brew Unique, that means making ingredients and equipment easily available and welcoming anyone with an interest in brewing, whether they know what a densimetre is or not. 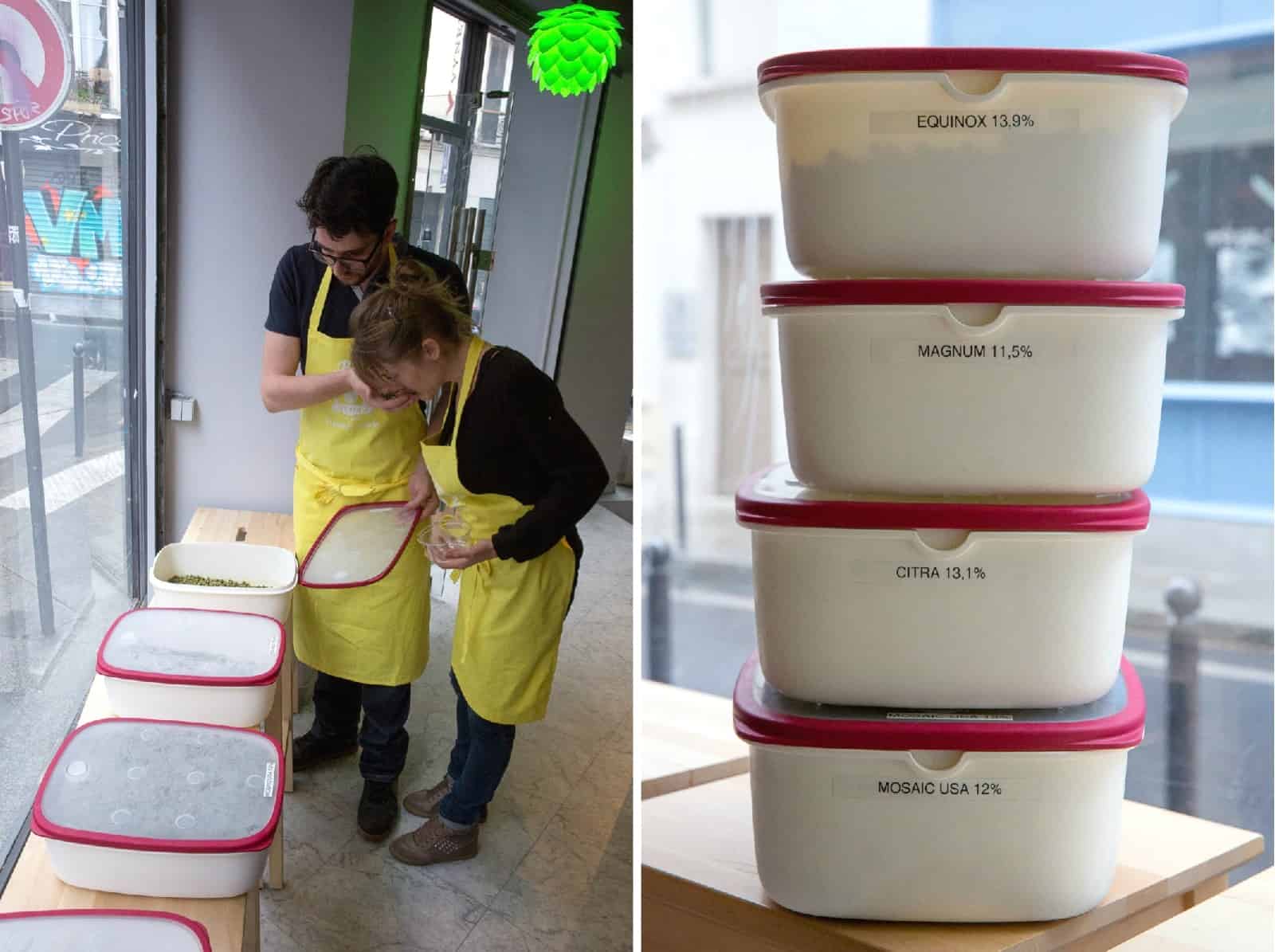 The idea is pretty simple: brewers reserve a session online, then decide what they want to brew. Brew Unique provides a selection of recipes to choose from, or home brewers with an idea in mind can peruse the online “épicerie” and see what’s in stock; in addition to brew-on-premise, Brew Unique is also a home brew supply store. 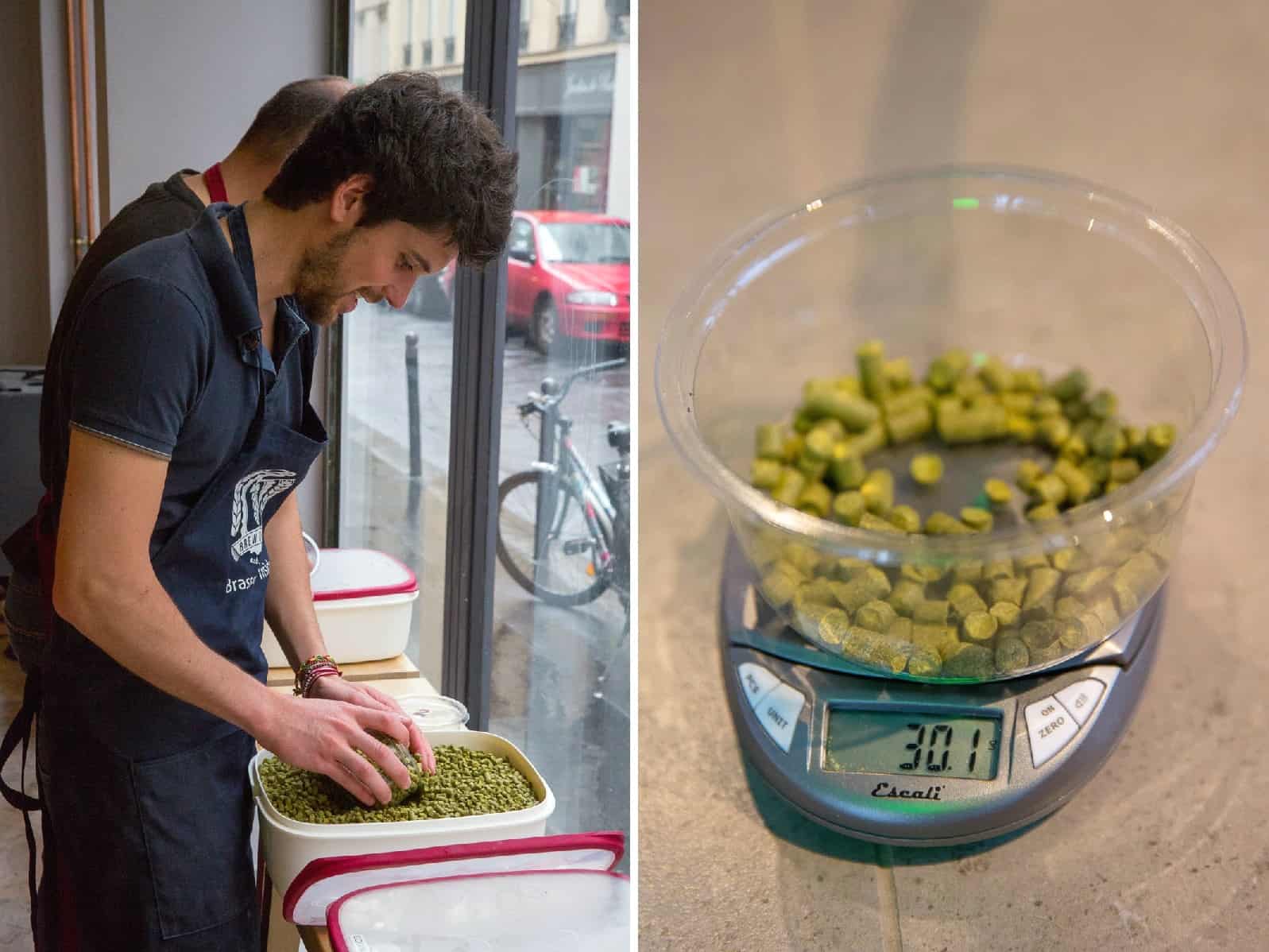 The pair decided to implement a brew-in-a-bag system, which allows homebrewers to work with whole grains, as professional brewers do, but without as many steps. “The goal is to brew a good beer with no faults,” says Simon. He admits there are some limitations to the brew-in-a-bag method, but for the average home brewer, and especially for people with no previous experience, it’s a great way to learn the basics and come out with a drinkable beer. 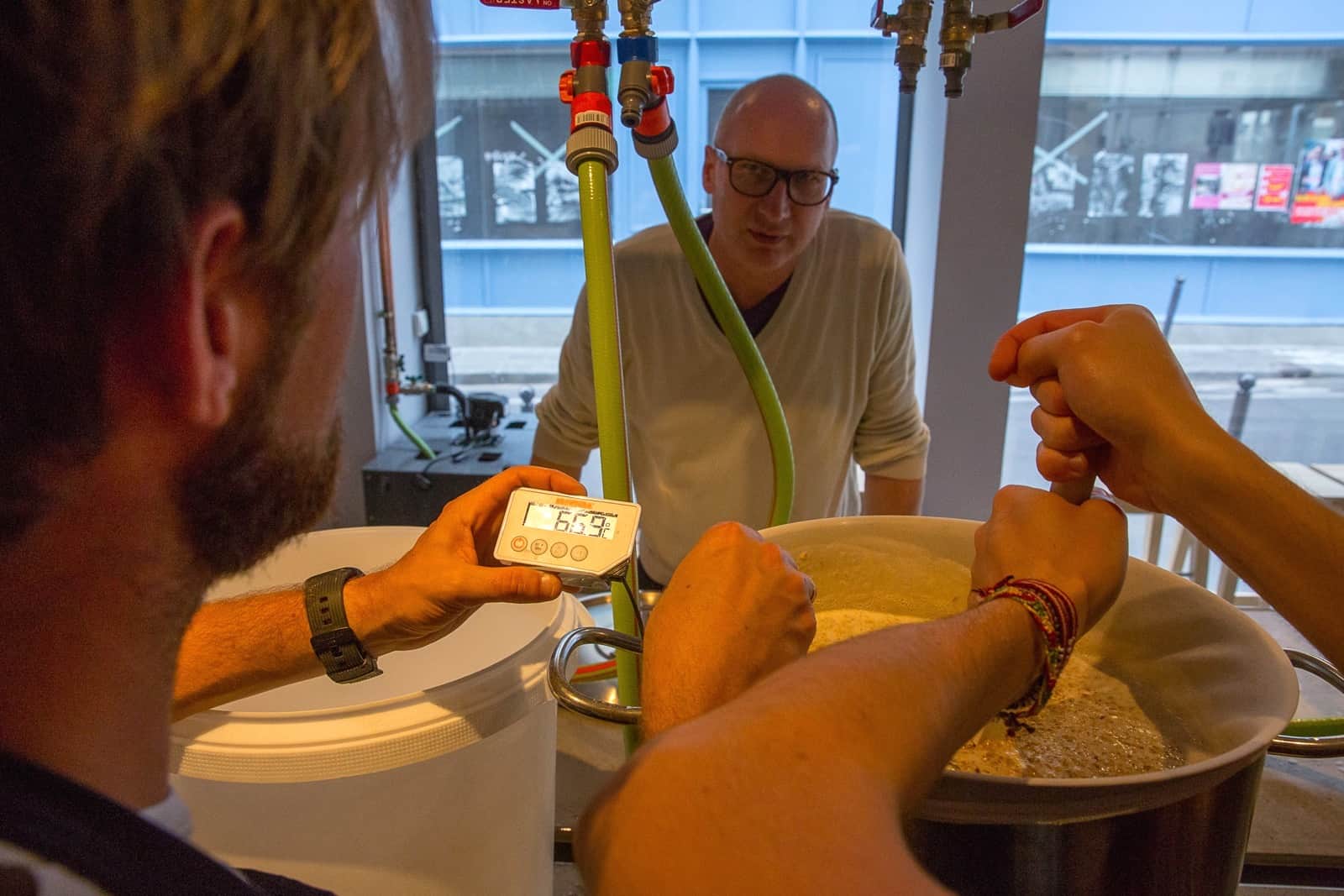 Once the beer has been brewed, Mike trundles it down to the third-floor fermentation room. After about a week, it goes into the specially designed cold storage room for another two or three weeks of conditioning. In the meantime, brewers can get creative making a personalized label for their beer on the Brew Unique website. A final rendezvous for bottling and labeling happens about a month after the initial brew. Then brewers head home with 18 liters of their very own beer. 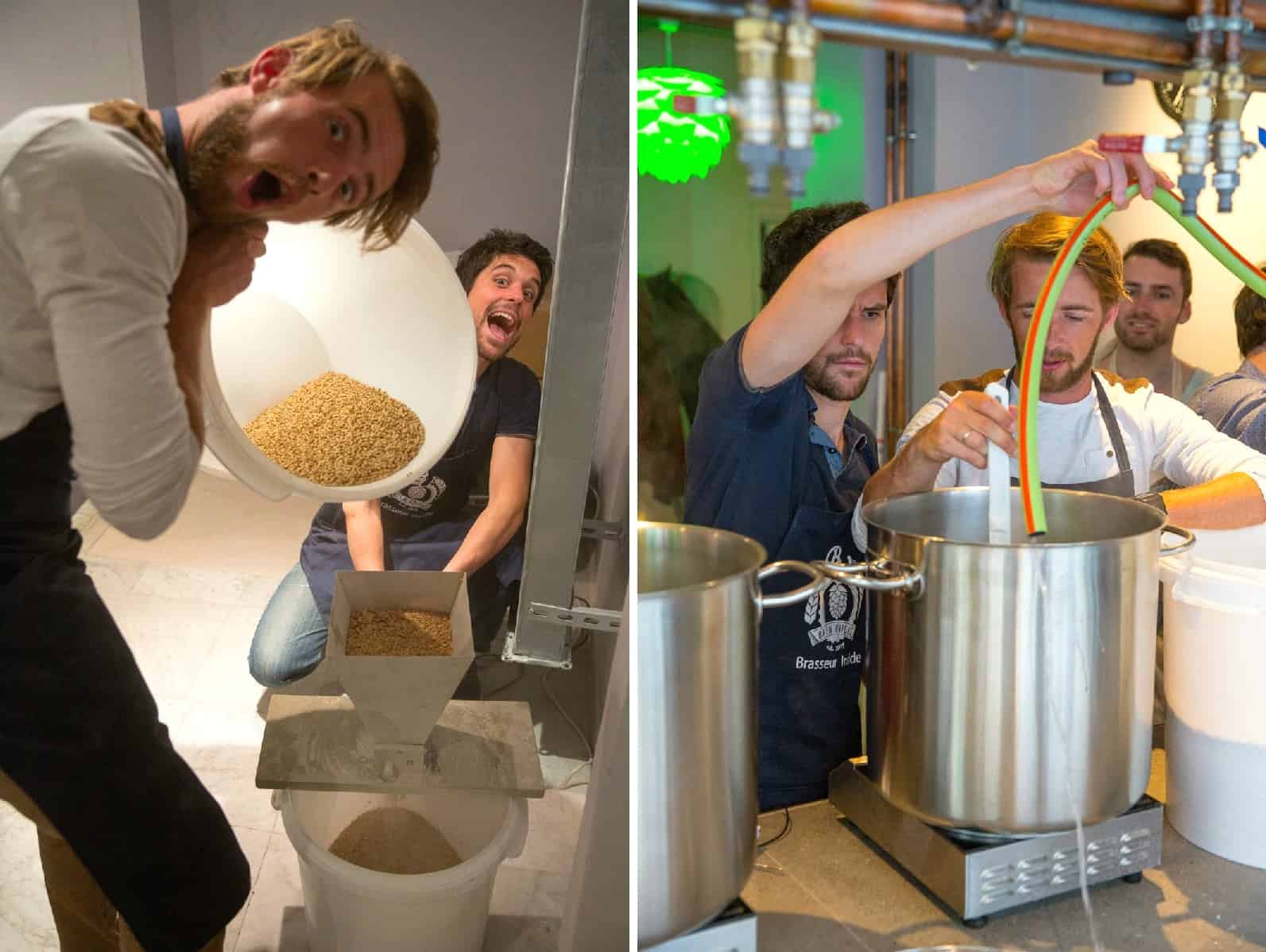 Brew Unique is also group-friendly, so keep it in mind if you’re looking for a memorable way to spend your bachelorette party (that still involves beer) or a less groan-worthy team-building activity. 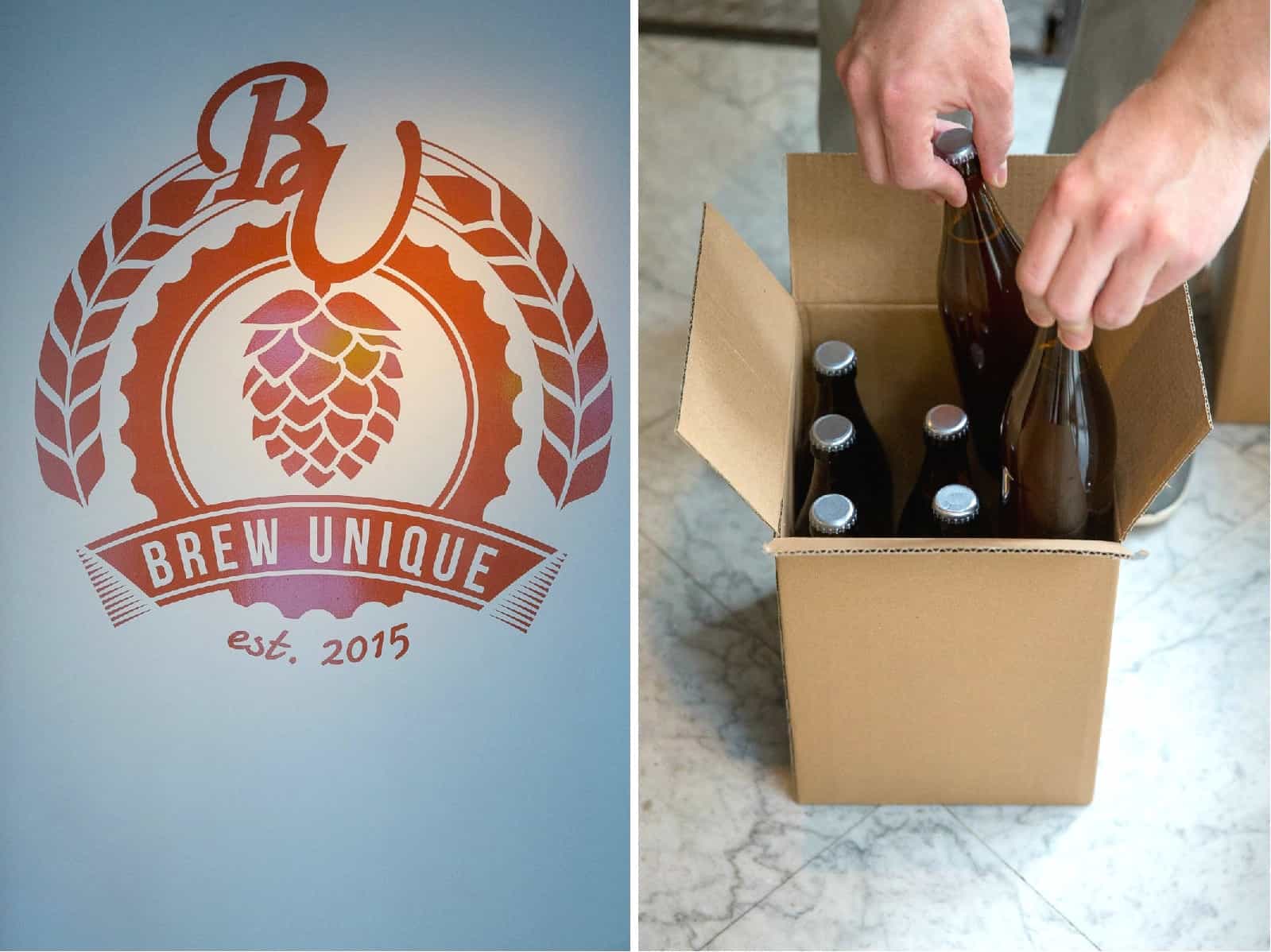 Brew Unique is currently in soft opening. Reserve brew dates here. A single 18L brew (for up to two people) is 140E and includes all ingredients and supplies. Allow three-four weeks for finished beer. Inquire for group rates.

Written by Kate Robinson for the HiP Paris Blog. All images by Didier Gauducheau. Looking for a fabulous vacation rental in Paris, London, Provence, or Tuscany? Check out Haven in.

One comment on “Brew Unique: Brewing Your Own Craft Beer in Paris”

Kate,
Found your story on craft home brew while doing some research on the global good beer phenomenon. I live in Portland, Oregon, where craft beer is not a matter of life and death, it’s much more serious than that. Hoping to find some good brewpubs when I make my long hoped-for trip to Paris.